The 50 best films of 2019! Plus a spotlight on some of the themes and stories that have defined the cinema of 2019 – from queer and post-#MeToo movies to the fortunes of the European arthouse, as well as expanded cinema and a countdown of the best TV of the year.

In print and digital from 29 November 2019. Buy a print copy, get the digital edition or . 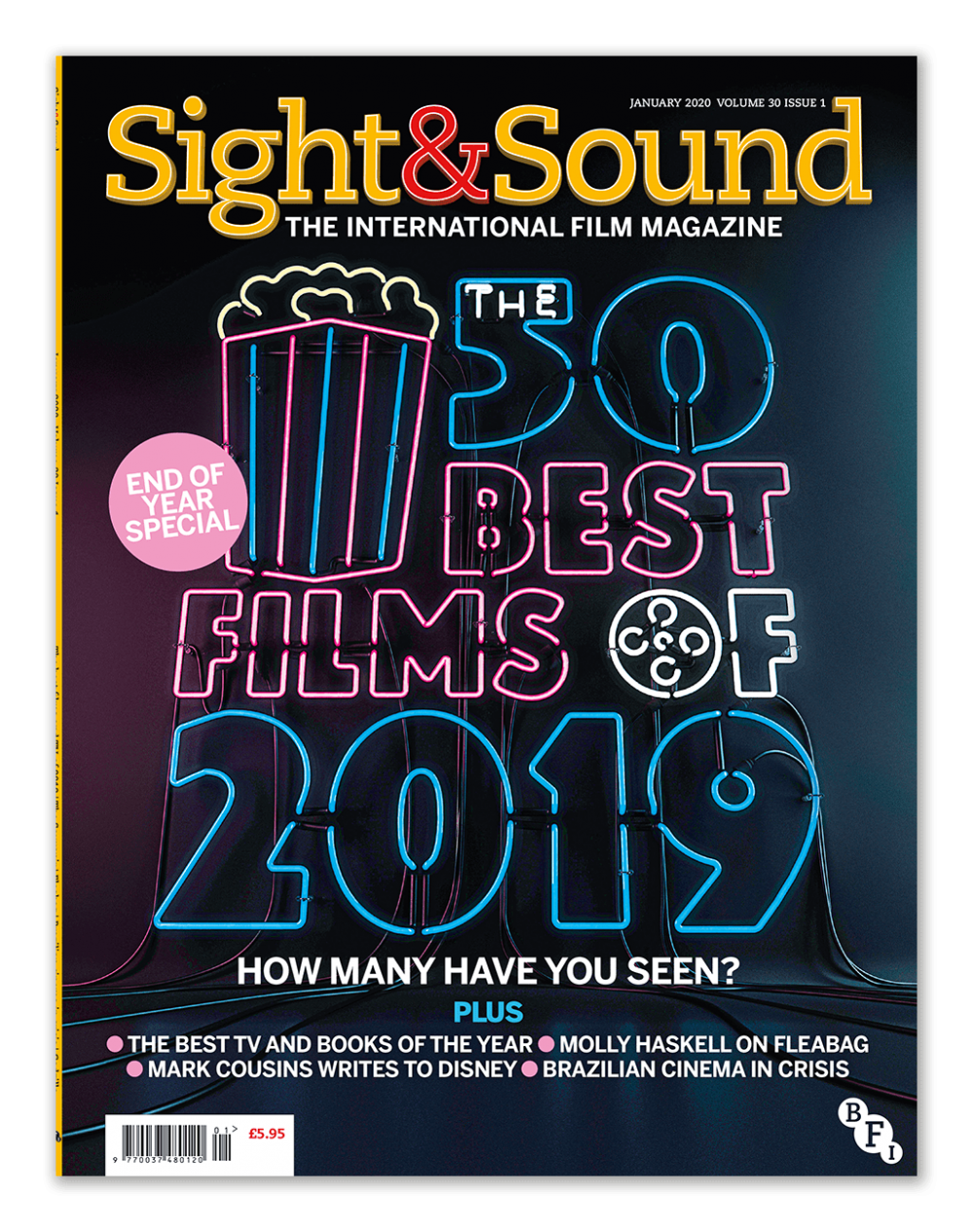 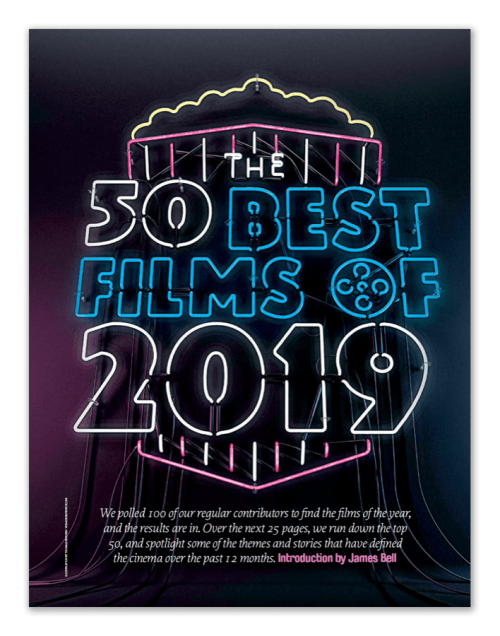 We polled 100 of our regular contributors to find the films of the year, and the results are in. Over 25 pages, we run down the top 50, and spotlight some of the themes and stories that have defined the cinema over the past 12 months. Introduction by James Bell. [Find all the individual voters’ lists here.]

+ The year in queer cinema

Arresting films from Guatemala, Indonesia, Nigeria and South Africa offered a fascinating glimpse of life through the lens of LGBT+ characters across the world, writes Alex Davidson.

+ The year in British cinema

There were plenty of local gems to be found in 2019, but in an era of such turmoil, why is Ken Loach the only director addressing the political realities of everyday life, asks Nick James.

+ The year in horror cinema

Kim Newman finds murderous cranks in robes have taken over the box office in 2019, alongside the usual run of nightmarish reboots – and an ongoing renaissance for Stephen King.

+ The year in European art cinema

Jonathan Romney laments the demise of the great European auteurs, but finds solace in a selection of brilliant idiosyncratic work from younger filmmakers.

+ The year in expanded cinema

A series of live visual art events and multimedia performances has sought to engage audiences in new ways in 2019, disrupting traditional ways of presenting films. By Ben Nicholson.

+ The year in East Asian cinema

A thrilling study of modern class conflict from South Korea and a selection of excellent Chinese films were the regional highlights of 2019, writes Tony Rayns.

+ The year in East Asian cinema

Female-focused remakes, reboots, action films and gender-swap comedies were in fashion, in a record year for female directors. By Katherine McLaughlin. 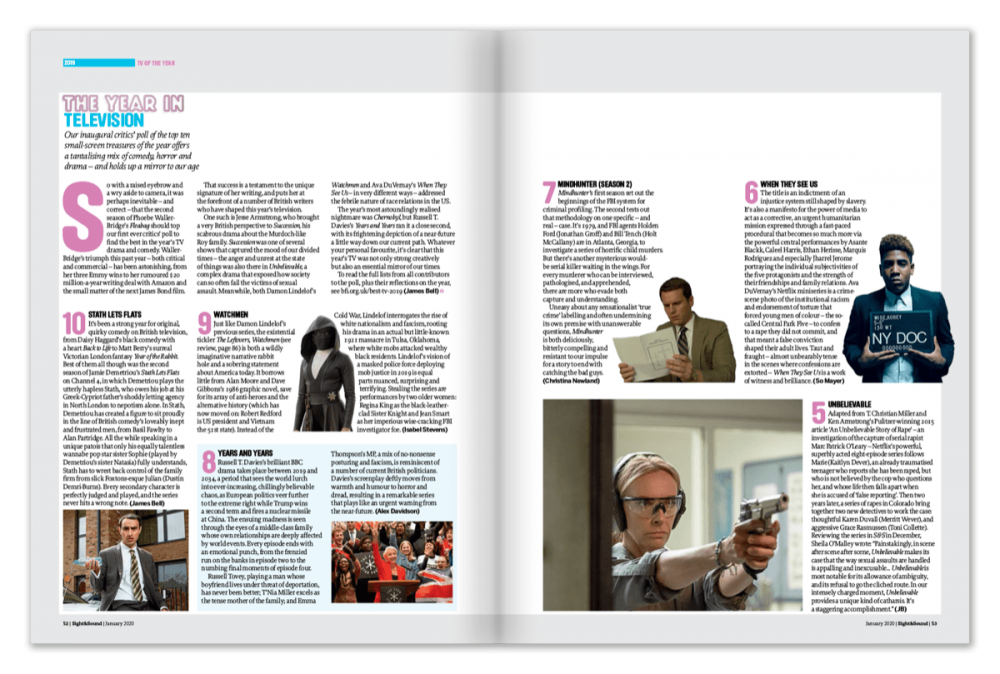 + The year in television

Our inaugural critics’ poll of the top ten small-screen treasures of the year offers a tantalising mix of comedy, horror and drama – and holds up a mirror to our age.

Hope in the dark 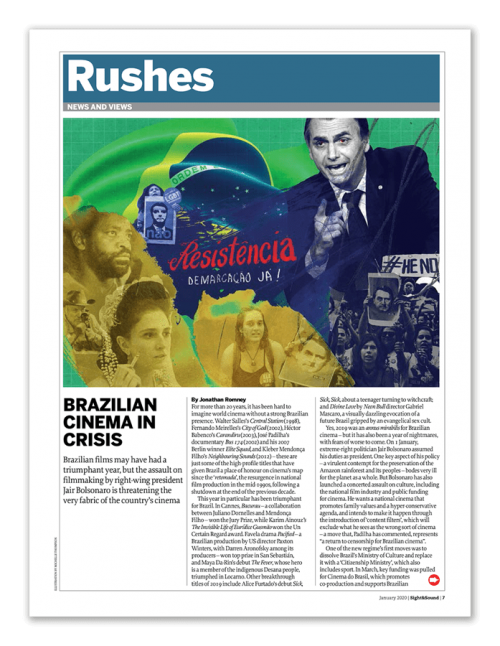 Brazilian films may have had a triumphant year, but the assault on filmmaking by right-wing president Jair Bolsonaro is threatening the very fabric of the country’s cinema. By Jonathan Romney.

Portrait of a Lady on Fire director Céline Sciamma honours a cinema in the suburbs of Paris that incubated her early dreams of being a filmmaker.

The tireless producer galvanised and transformed filmmaking in the UK through the Scala cinema, Palace Pictures and the NFTS. By Jane Giles.

With environmental trauma to the fore in Frozen II, the Disney animated blockbuster continues to inspire young eco activists. By So Mayer.

An open letter to the Walt Disney Company

The highlights of an enticing festival programme were a trio of singular, polarising films that captured something of the zeitgeist. By Kieron Corless.

The numbers: Review of the year

The dominance of sequels, adaptations and biopics showed no sign of abating in Englishlanguage cinema in 2019. By Charles Gant. 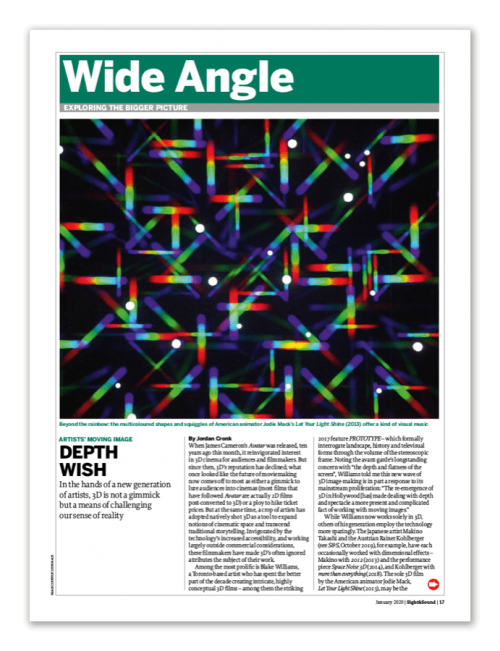 In the hands of a new generation of artists, 3D is not a gimmick but a means of challenging our sense of reality. By Jordan Cronk.

The great African director, who died earlier this year, foresaw many of the debates and crises that shape the contemporary world. By Aboubakar Sanogo.

For an event devoted to digging into the archives, the Cannes of the retro circuit supplies some up-to-the-minute thrills. By Pamela Hutchinson. 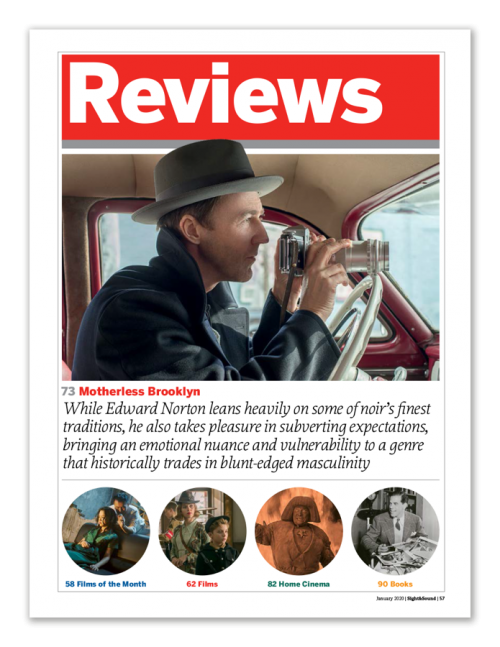 Long Day’s Journey into Night
So Long, My Son 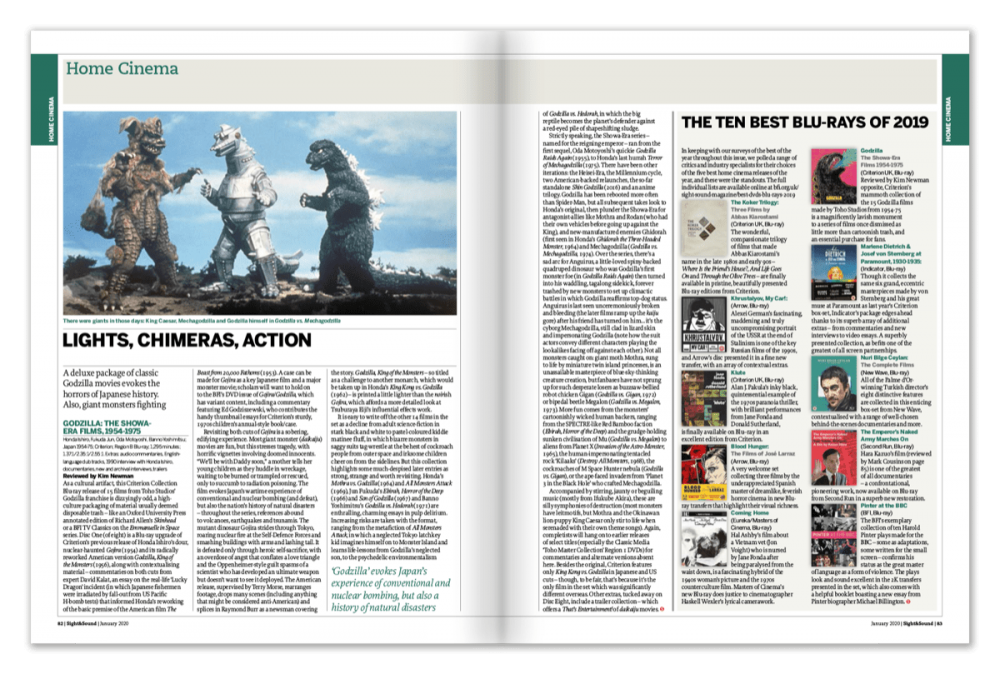 Hara Kazuo’s genre-exploding documentary, at last available in a worthy transfer, sends a j0lt through the heart. Reviewed by Mark Cousins.

Robert Enrico’s Occupation drama showcases the great Philippe Noiret – and rewrites an atrocity as it perhaps should have ended. Reviewed by Philip Kemp.

The new superhero series, spun off from the graphic novel, is a timely story about race and violence deeply rooted in the real world. By Gaylene Gould.

Robert Hanks on Edge of Darkness 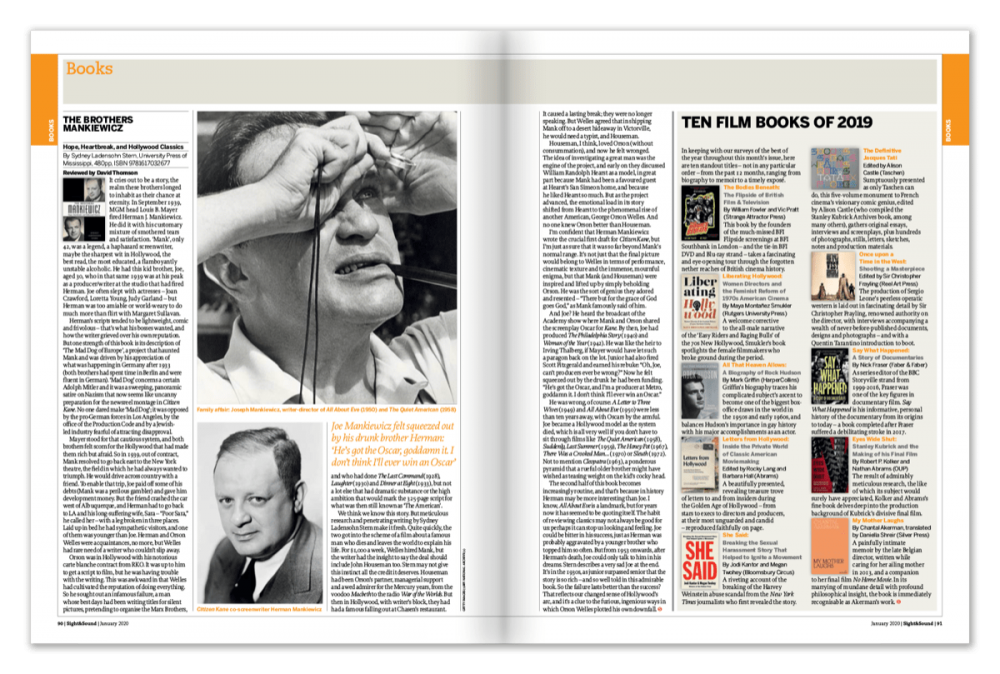 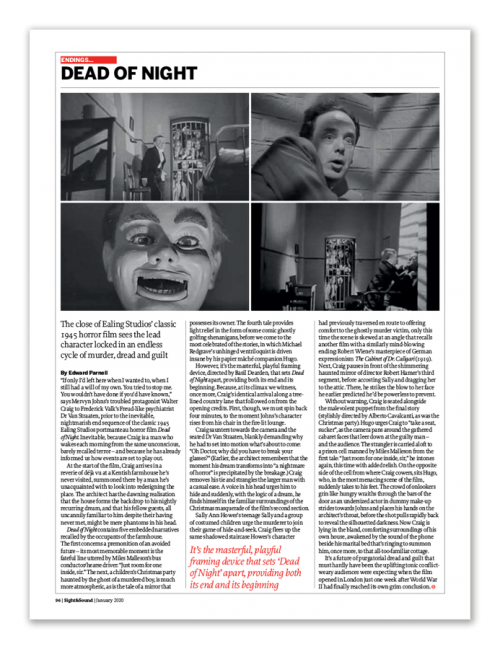 The close of Ealing Studios’ classic 1945 horror film sees the lead character locked in an endless cycle of murder, dread and guilt. By Edward Parnell.