Kurylenko goes hell for leather against a leering Gary Oldman in a genre film that’s not exactly the full package. 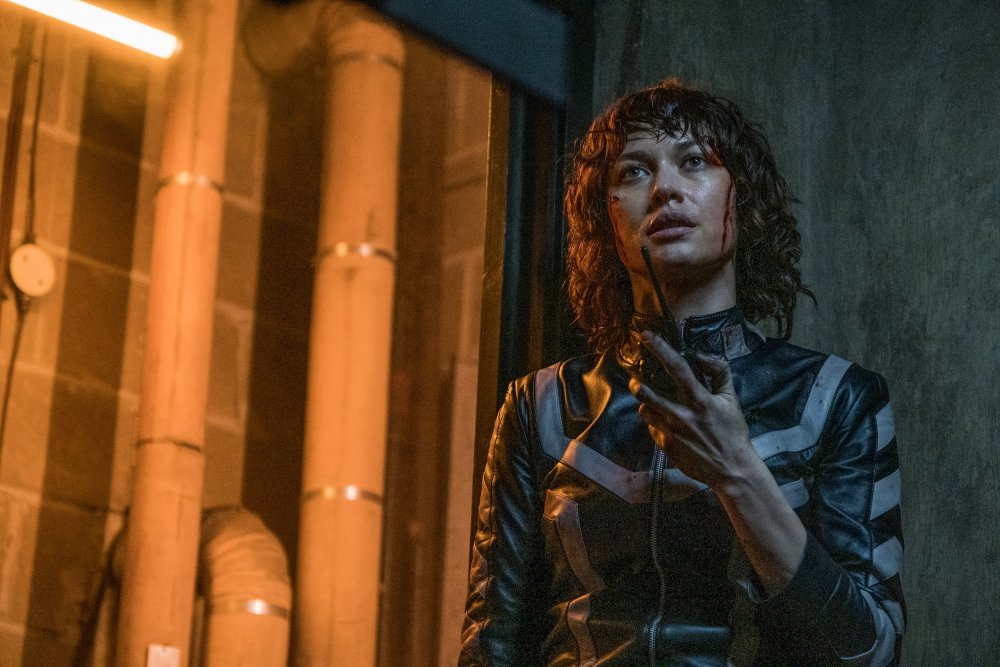 “No names,” says the woman (Olga Kurylenko) who has come to a building to deliver a package, “I’m just the courier.” If this were like Ken Loach’s Sorry We Missed You, the courier’s anonymity would be tied in with her dehumanisation within a mechanised, objectifying system of employment.

However, exploitation of a different, more genre-bound kind characterises The Courier, in which our heroine’s refusal to give her name is part of her status as a former black-ops soldier gone AWOL. Now working as a motorcycle courier in London while moonlighting as a masked crimebuster, she finds herself the only person between Nick Murch (Amit Shah) and the private army sent to assassinate him before he can testify against murderous New York mogul Ezekiel Mannings (Gary Oldman).

Ex ‘Bond girl’ Kurylenko kicks ass against a motley crew of musclebound, tattooed masculinity, with an ironic smile that reminds us this is little more than a fun genre ride – with viciously gory kills. Apparently, we see so much of Mannings’s house arrest only because he is played by Oldman, who relishes returning to (bad) guy acting. He’s an amalgam of cartoon villainy: a musical aesthete with facial scars and pirate’s eye patch, whose background in New York real estate, penthouse view of Central Park and close attachment to his daughter (Calli Taylor) are all clearly meant to evoke an (improbably Joe Biden-quoting) Donald Trump.

Think John McTiernan’s Die Hard (1988), think Corey Yuen and Louis Leterrier’s The Transporter (2002), think Simon West’s Con Air (1997). But best not to think much at all, and just let the daft action and double-crossing paranoia of director/co-writer Zackary Adler’s slickly derivative no-name product drive your brains hard against the wall.