Sorry We Missed You review: Ken Loach counts the cost of striving in austerity Britain

When a father of two takes a job as a courier, the iniquities of the gig economy push him and his family to breaking point in the latest, considerably accomplished drama from Loach and Paul Laverty. 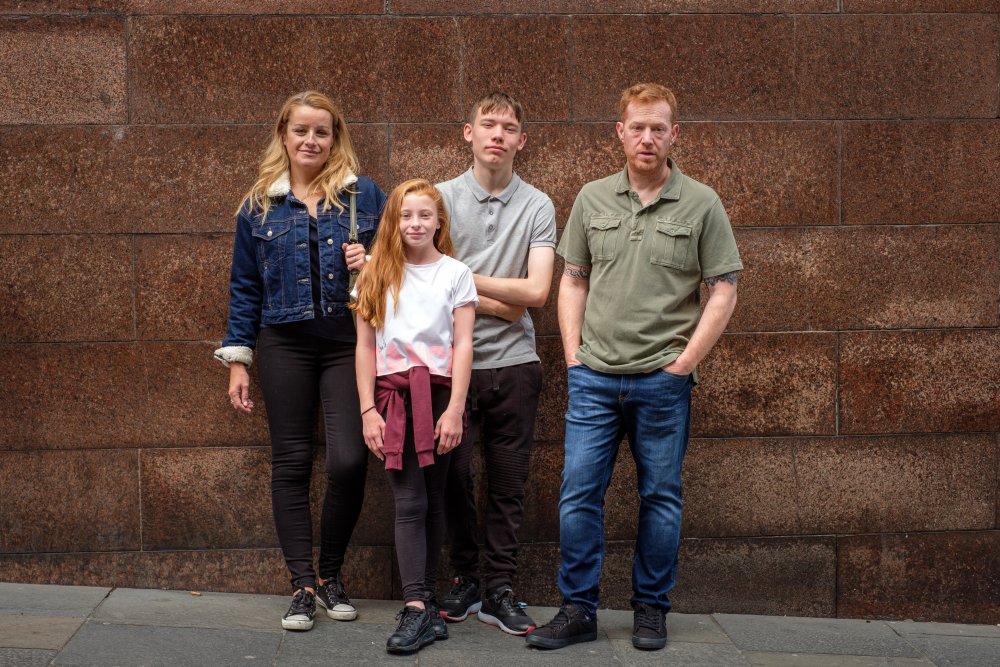 There was always a danger that, with its similar Tyneside setting and not unrelated subject matter, this latest offering from the long-established team of screenwriter Paul Laverty and director Ken Loach might appear to be an adjunct or rerun of their 2016 triumph I, Daniel Blake. A saga of an ordinary family enmeshed in the machinations of the gig economy, it could be seen as a private-sector variant on its Cannes-winning predecessor’s welfare-state cautionary tale. While Sorry We Missed You may not be as sentimentally affecting as that earlier film, it delivers a more nuanced, troubling and provocative state-of-the-nation address. As such, it’s surely among Loach and Laverty’s most sinewy efforts.

No, there’s nothing here with the pile-driving impact of the food-bank scene in Daniel Blake, but as a story about ordinary people trying to better themselves through work, rather than the deserving poor receiving appalling treatment from social services, the new film strikes a different tone. Right from the start, we hope that, after years of casual labouring, hard-up dad Ricky (Kris Hitchen) knows what he’s letting himself in for when he signs up for a franchised courier company, which follows the Uber model of treating its workers as self-employed contractors rather than employees. The notion that he’ll somehow be his own man definitely appeals to Ricky, who is desperate to move his family out of overpriced rental accommodation and put his money towards a mortgage instead. The fact that he has to provide his own white van, resulting in the sale of the family car that his wife uses for her job as an NHS carer, is just the first sign that his new corporate masters’ promise of flexible working comes at a cost, as they shift sundry responsibilities to their delivery team.

Laverty’s characteristically diligent research soon engrossingly lays out the myriad daily traps in store for the courier driver under pressure to meet unrealistic targets, as the handheld device that supposedly plans his daily routes becomes his unyielding overseer, keeping his every move under surveillance. It’s understandable that Ricky is soon looking pretty frayed, yet the character (and indeed Hitchens’s performance) has a touch more bite than, say, Dave Johns’s amiable chump as Daniel Blake. Ricky is a volatile redhead, and his bristling against a flinty boss is cannily mirrored by his teenage son’s ongoing struggles with authority. Seb, played by a convincingly sullen and self-involved Rhys Stone, hasn’t really come to terms with the fact that his future prospects are dependent on knuckling down to schoolwork, instead allowing his artistic inclinations and a gang of graffiti taggers to lead him astray.

In contrast, the female side of the family provides patience, nurture and support, whether it’s Debbie Honeywood as spouse Abby (whose caring side is exploited ruthlessly by her NHS subcontractor employer) or sweet-natured younger daughter Liza Jane (Katie Proctor, the latest remarkable child performer in the Loach filmography), though tellingly both of them reach their limits of forbearance at moments of crisis.

It’s clear that while the iniquities of the gig economy’s employment practices give the film its journalistic mojo, there’s more going on here than the dramatisation of a hot-button issue. The way the pressures of work squeeze a loving family towards disintegration not only provides a telling emotional undertow but also prompts audiences to ponder what hopes of fulfilment are available to working-class people. Here we see whole areas of unskilled work subsumed into globalised enterprise, luring in the unwary and cash-poor with promises of self-improvement. Meanwhile, Ricky and Abby’s ambitions are shaped by bourgeois paradigms of home ownership that are always just out of reach. This is a film that, like Sean McAllister’s recent documentary A Northern Soul, gets down to the nitty-gritty of austerity Britain, pondering whether aspirations for something better can be sustained against the reality that unrelenting drudgery remains the only available option for society’s have-nots.

These are tough questions, and the film draws attention to them through empathetic observation of the family’s quotidian travails. This time, unlike Daniel Blake’s passing drunken Scot who conveniently rails against Conservative welfare policy, there’s no on-the-nose dialogue to deliver the ideological payload. Instead, the film’s adept construction draws us to start making connections for ourselves, shepherded along by Loach’s unshowy but always beady-eyed direction. One hesitates to speculate whether this might be the 83-year-old director’s final bow, but if it were, it would see him exiting on a note of considerable accomplishment.

Related to Sorry We Missed You review: Ken Loach counts the cost of striving in austerity Britain