A Northern Soul review: essential viewing in the age of austerity

Sean McAllister’s deceptively casual documentary about a warehouse worker bringing hip-hop to kids in Hull reveals uncomfortable truths about inequality in the UK.

from our forthcoming October 2018 issue 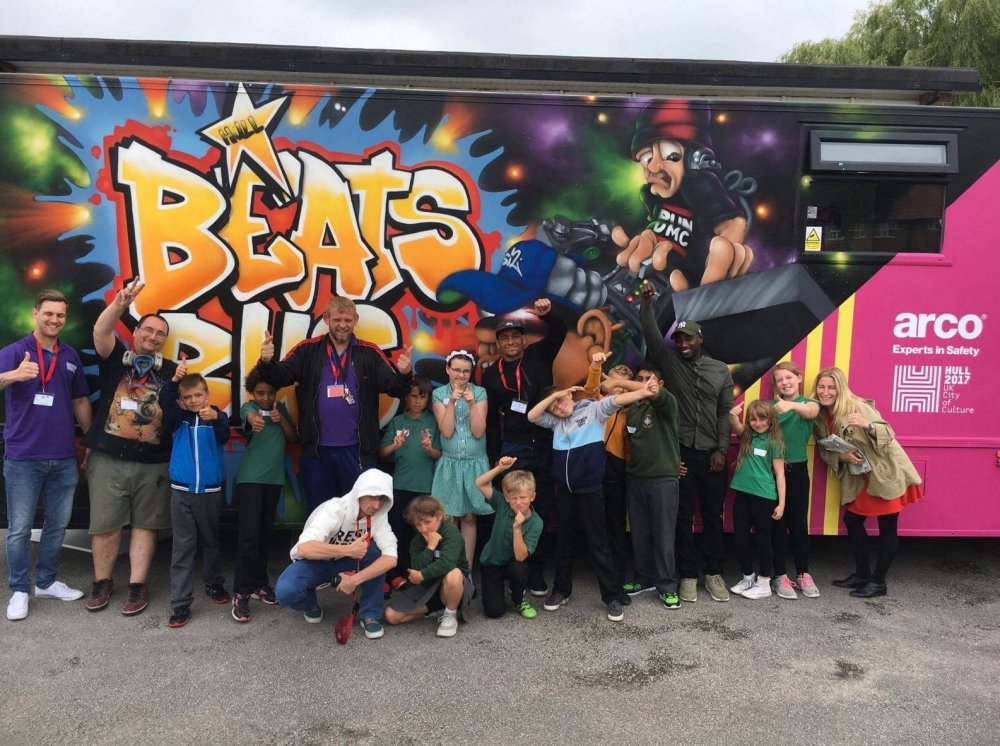 The hard facts of social mobility in today’s Britain come into sharp focus in this unassumingly scaled yet hugely encompassing piece of documentary portraiture. Filmmaker Sean McAllister, recently acclaimed for the affecting A Syrian Love Story, returns to home ground for A Northern Soul, having been appointed creative director of the opening ceremony marking his native Hull’s term as 2017 City of Culture. After years of austerity and a divisive Brexit vote, he ponders in an introductory voiceover, might this be the moment to turn the place around after decades of neglect. If so, what are the chances for someone trying to follow in his own footsteps? McAllister left school at 16 and worked in a factory for nine years before taking up a video camera and changing his life. In warehouse worker Steve Arnott, he finds a kindred soul: here’s someone who wants to transform his fortunes – and help others do the same – through the liberating power of hip-hop, but is faced with the suffocating pressures of exactly what it means to be among the UK’s many working poor.

That empathy and shared experience between filmmaker and subject proves fundamental here, since however much Steve has been chosen as a conduit for exploring certain urgent social issues, McAllister always allows him the dignity of being himself, and remains an alert off-camera presence, responding to his subject’s travails with sympathy rather than patronising pity. One early sequence is a key icebreaker. We’ve been told about Steve’s ambitions to bring music to school kids, but only after a teacher has introduced him to her primary-school class as “Steve, who writes music” do we get to see the man himself – a slightly scary tattooed geezer in leisurewear. Minutes later, though, he has the whole room rapping along to a tune they’ve just created together. Blossoming self-confidence is the order of the day – and the audience has just been given a valuable lesson in how looks and snooty attitudes can be deeply deceptive.

Various ensuing scenes with Steve and the kids he selects to be mentored through his Beats Bus programme are as touching as anything in the Shane Meadows or Ken Loach filmography, with eight-year-olds including the stuttering Harvey and ever-smiley Blessing getting the chance to rehearse their music, perform for the public at festival events and even make their own CD. To see the boost these children get from being shown that they’re just a little bit special will soften even the hardest hearts, though the troubling thing is that Steve himself doesn’t quite register the value in what he’s doing. 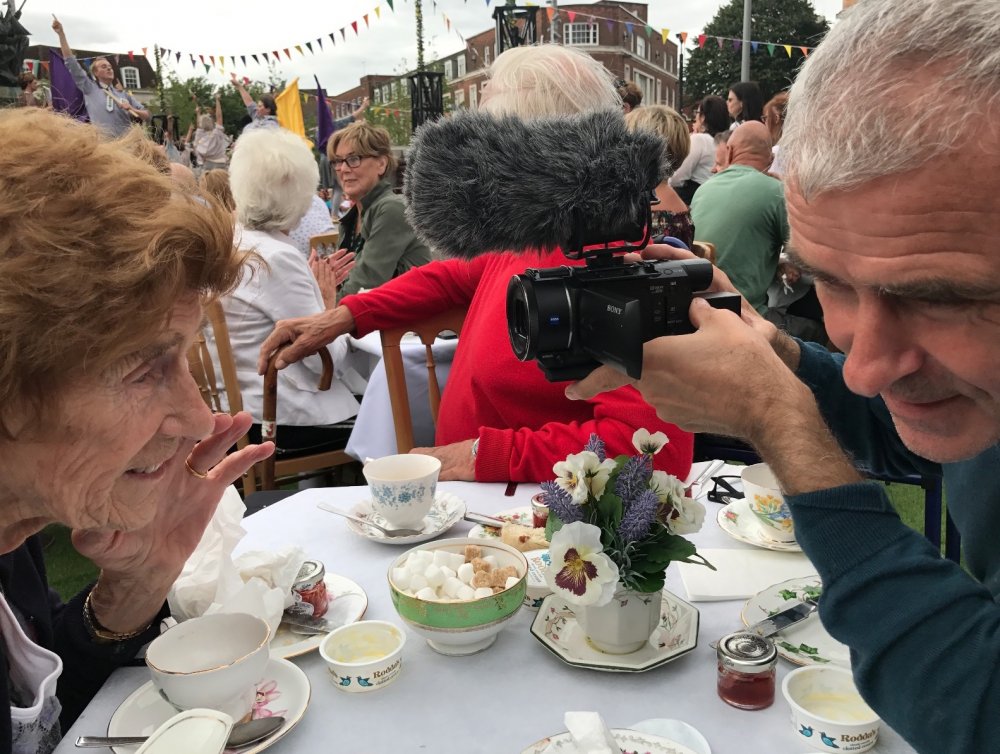 In a film that’s deceptively casual-looking in its walk-and-talk style, McAllister makes a dramatically astute move in holding back for a while before revealing the full extent of Steve’s money worries. Having had to rely on payday loans to top up his income, he is now mired in thousands of pounds of debt, and at 42 is increasingly worn down by the realisation that he’s worked all his life and got virtually nothing to show for it. Living at home with his mum, seeing his estranged daughter at weekends, he laughs bitterly at the very thought of a creative escape from his situation – “I’ve got shit to pay.”

At first, the cutaways to McAllister’s elderly parents seem to be there as a break from all the ‘broken Britain’ gloom, since there’s comedy value in seeing the esteemed documentarist being treated like some scruffy teen by his disapproving old man, forever fussing over his clothes and happily ironing his underpants. The point, though, is that these loveable old codgers can enjoy their retirement together precisely because his dad has a proper pension after working for decades as an engineer. Clearly, the film invites us to contrast this with Steve’s unpromising circumstances, hardly getting by on what he earns at the moment and with nothing spare to plan for his future. Where’s his reward for all his labour? Years of grafting to chip away at the debts he’s built up just to get by each month? 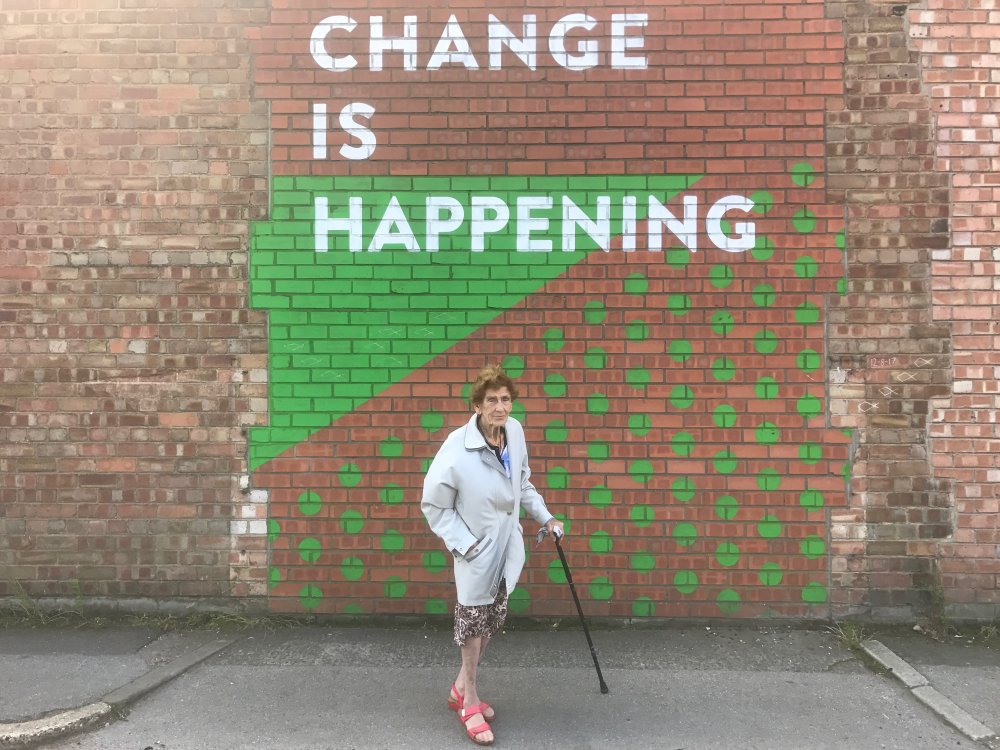 There’s a kind of brutally worthwhile honesty in this, made all the more potent because Steve’s hardscrabble situation isn’t the result of some cannily structured Paul Laverty screenplay but rather an accumulation of real-world factors, including dysfunctional family life and the perils of the market economy. By simply showing us one not-untypical life, McAllister enables us to make the connections for ourselves, so that we can understand how this fundamentally decent, surprisingly enterprising individual has gotten so little back after putting so much in. Certainly, there are glints of hope in the film, yet given that the age-of-austerity debate has separated the working class into scroungers and strivers, the bracingly unjust scenario played out here – in which an obvious striver gets scant thanks for it – leaves serious questions to be asked about the system.

Trenchant and unsentimental but suffused with genuine feeling, this modest yet tellingly insightful encounter with everyday struggle is one of the truly essential recent British films. There are no easy answers here, but if you want to try to understand where we are now, start here.

Related to A Northern Soul review: essential viewing in the age of austerity