Film of the week: Mandy aims Nicolas Cage at a temple of doom

from our November 2018 issue 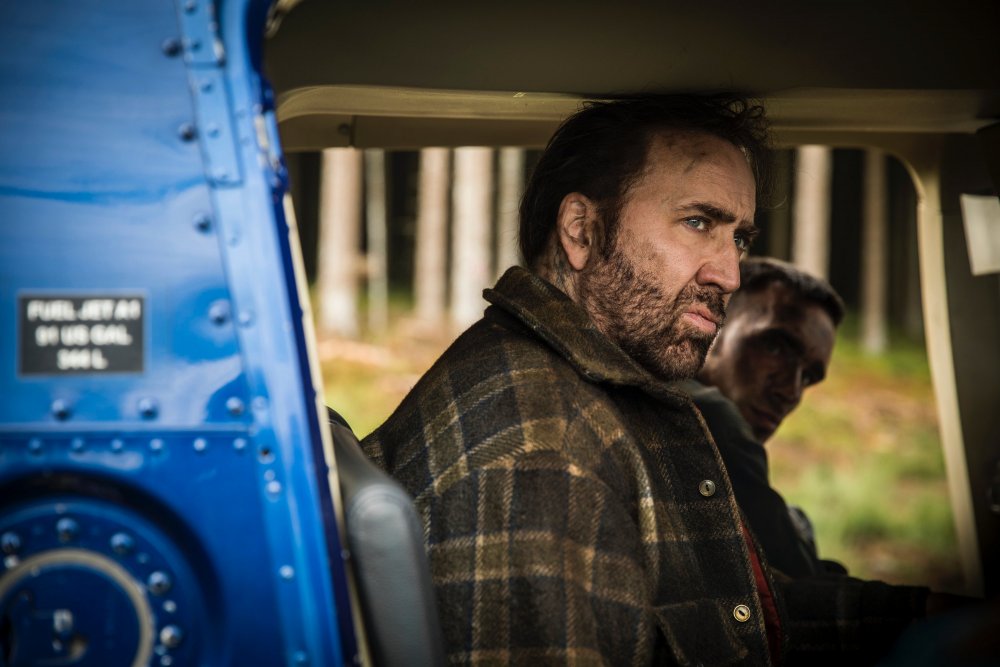 It is hard to define what constitutes a cult film, as the label typically refers not so much to content as to the kind of devoted niche audience that a film acquires over time: adoring hipsters who happily return to the scene of their midnight crimes for serial viewings. Yet one sly way a film can self-consciously pre-empt the ‘cult’ moniker is to include a literal cult in its narrative. So it is that Sion Sono’s Love Exposure (2008), Riley Stearn’s Faults (2014), Karyn Kusama’s The Invitation (2015), Justin Benson and Aaron Moorhead’s The Endless (2017) and near everything by Alejandro Jodorowsky place unconventional religious sects at the centre of their peculiar plotting as an uneasy reflex for both themselves and their own imagined fanbase.

Now Panos Cosmatos’s Mandy sees protagonist Red Miller pitted against a travelling group of acid casualties who do the bidding of their ageing Manson-esque leader, Jeremiah Sand. Red is played by Nicolas Cage, who is a cultic icon in his own right (Raising Arizona, Wild at Heart, Adaptation, Bad Lieutenant: Port of Call New Orleans), although here his expressionistically manic stylings are refined even further in their wide-eyed, gestural intensity by a screenplay that calls for very few actual spoken lines.

Cage’s onscreen debut (as Nicolas Coppola) was a small part in Amy Heckerling’s Fast Times at Ridgemont High (1982), but his big breakout role came as romantic lead Randy in Martha Coolidge’s Valley Girl in 1983 – the year in which Cosmatos’s first feature Beyond the Black Rainbow (2010) and now Mandy are explicitly set. It was also the year that Cosmatos, aged nine, first stepped into his local video rental store and started fantasising about the forbidden contents of the horror section’s VHS cassettes. Both of Cosmatos’s films feel like feverish idealisations of imagined direct-to-video 1980s genre oddities, with ideas conjured straight from those lurid covers. 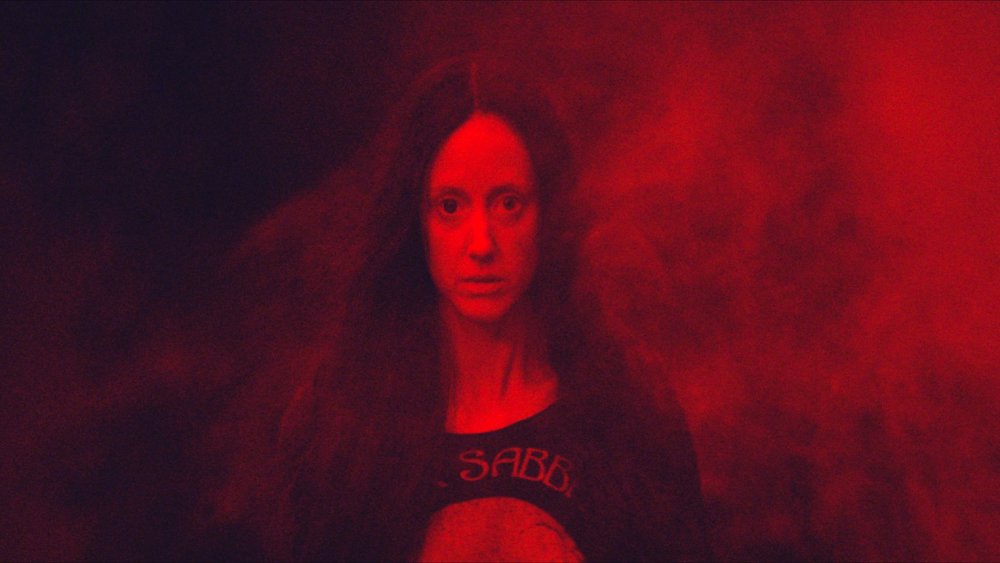 Something like this creative process is figured within Mandy itself, as the eponymous rocker (played by Andrea Riseborough) draws elaborate illustrations inspired by the characters and landscapes seen on the covers of her favourite fantasy novels. If Mandy is somewhat unworldly in her innocent chatter about other planets, her lumberjack partner Red is, at least at first, altogether more grounded. Yet after Mandy is murdered by Jeremiah’s cult ‘family’, the world of bloody vengeance into which Red rapidly descends will increasingly resemble the apocalyptic geographies depicted on Mandy’s book jackets. Even the intertitles that occasionally punctuate the film, and Red’s animated dream sequences, mimic the visual modes of these books or of heavy-metal album sleeves.

Mandy is also a kaleidoscope of retrocinematic references. Red and Mandy’s Edenic woodland home expressly sits alongside Crystal Lake, where Jason Voorhees from the Friday the 13th slasher franchise slaughtered co-eds throughout the 1980s. Jeremiah’s hairstyle and the superimposition effects used on his face as he tries to seduce/initiate Mandy are modelled on the lysergic blowback from Jeff Lieberman’s Blue Sunshine (1977). The bikers-on-acid called to assist in Jeremiah’s home invasion are fetishistically fashioned to evoke the transdimensional ‘Cenobites’ of Clive Barker’s Hellraiser (1987). Red will engage in a chainsaw duel straight out of Tobe Hooper’s The Texas Chainsaw Massacre 2 (1986). And, of course, devils-in-the-woods and revenge are perennial B-movie themes. 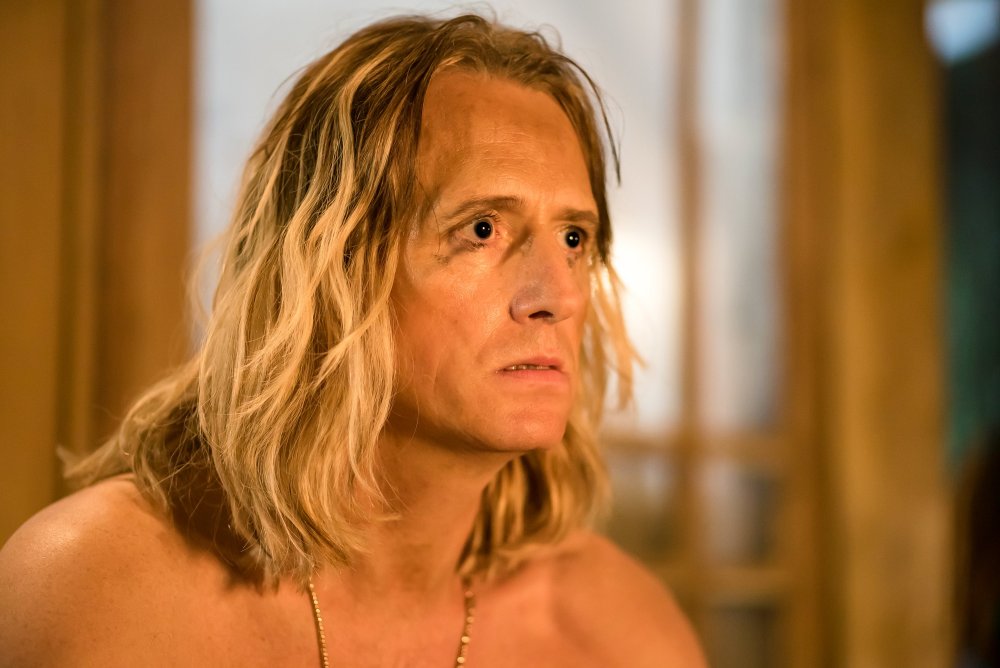 Distilling these motifs to archetypes, Mandy presents a heady, heavy clash of divinities. Jeremiah (Linus Roache) is a false god, bending others to his narcissistic will through manipulation and drugs. His servant ‘demons’ too, though summoned with an object (‘the Horn of Abraxas’) that Jeremiah invests with cultic associations, turn out merely to be LSD-crazed, BDSM-fixated Hell’s Angels. Yet Red, an ordinary man, becomes both devil and messiah – not only receiving a crown of barbed wire, a pierced side and a nail through the palm of his hand, but also forging his own mystic weapon and appropriating both the costume and the psychotropic sustenance of the demonic bikers to execute his revenge and bring Jeremiah’s temple iconoclastically down. So, even as Jeremiah’s imposture is exposed, Red acquires a mythic status – and divine glow – that perhaps, as a decent, loving man, he had all along in Mandy’s eyes. 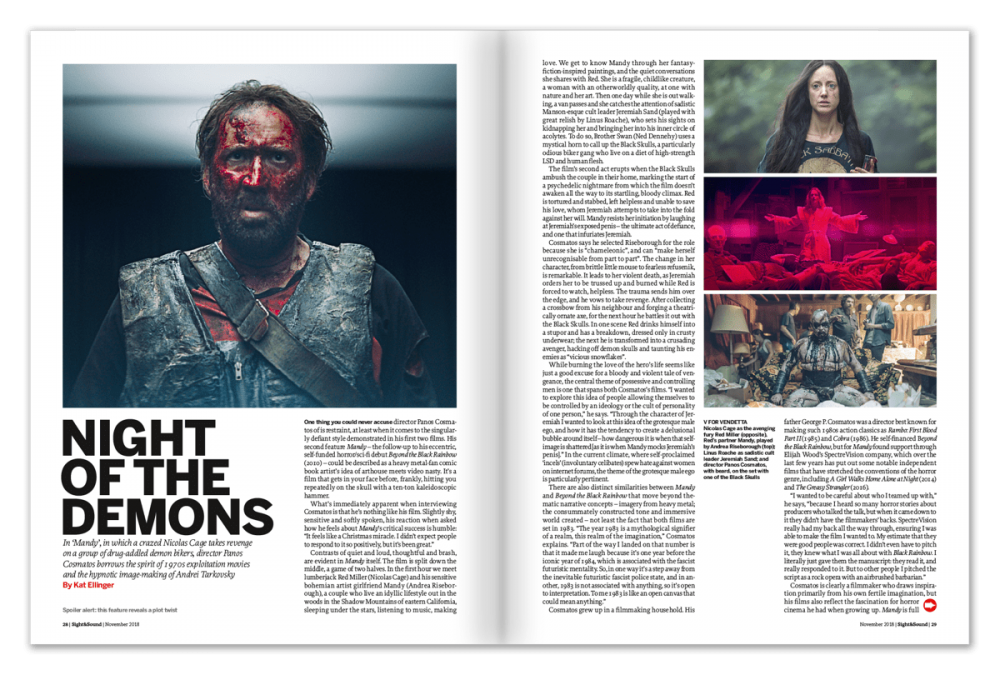 Night of the demons

In Mandy, in which a crazed Nicolas Cage takes revenge on a group of drug-addled demon bikers, director Panos Cosmatos borrows the spirit of 1970s exploitation movies and the hypnotic image-making of Andrei Tarkovsky. By Kat Ellinger.

Related to Film of the week: Mandy aims Nicolas Cage at a temple of doom