The indefatigable cult ‘diamond’ tells Anton Bitel why his films are like clouds – and his viewers’ brains like flying carpets. 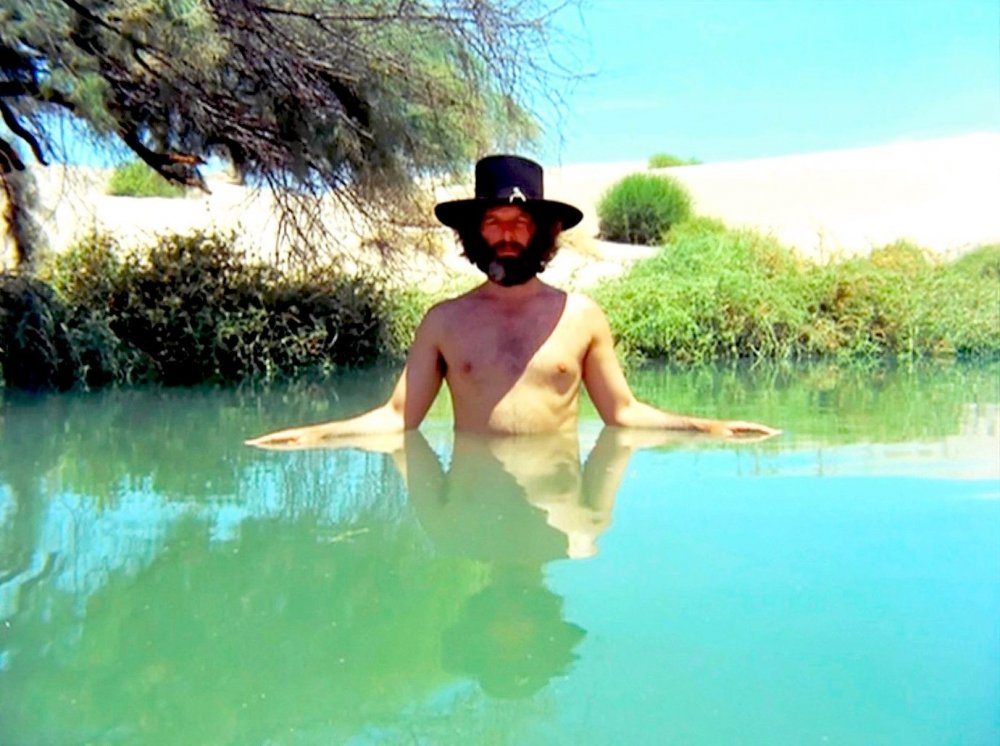 His feature debut Fando and Lis (1967), drawn from an imperfect memory of an absurdist Arrabal play from 1958, provoked a riot at its Acapulco Film Festival premiere, and was subsequently banned in Mexico. The ‘eastern oater’ El Topo (1970) and ‘reality initiation’ The Holy Mountain (1973) helped invent the ‘midnight movie’ with their over-coded clash of psychological, spiritual and political matrices, while his grandiose attempt to adapt Frank Herbert’s Dune to the big screen in the mid-to-late 70s ended in failure (even if some of H.R. Giger’s designs would find their way into Ridley Scott’s Alien).

In different ways and for different reasons, Tusk (1979) and The Rainbow Thief (1990) were impersonal films that lacked Jodorowsky’s auteurist touch – but between them came Santa Sangre (1989), a Fellini-esque tale of circuses and psychos that does to the slasher something like what El Topo did to the western, building from the trappings of genre both a rocky rite of passage and a quest for self-discovery, freedom and truth in a material world.

For the last two decades, projects like the long-gestating King Shot and the El Topo-sequel Abel Cain have faltered through lack of funding, but recently Jodorowsky has been making a a long-awaited return to our screens. Santa Sangre has been fully remastered for DVD and Blu-ray release, while Frank Pavich’s documentary Jodorowsky’s Dune is in post-production, and Jodorowsky’s The Dance of Reality, a biopic of his Chilean childhood based on his own 2001 memoir of the same name, will come out in 2013.

Anton Bitel: Your feature debut Fando and Lis caused quite a stir – but was this reception surprising, or even desirable, for you at the time? Did you – and do you – consider yourself an artiste provocateur?

Alejandro Jodorowsky: Human society has dense borders – economic, religious and cultural – inculcated from an early age. We hate change. The re-evolutionary mind of true artists, overcoming this fetid inertia, escapes from the moulds and is delivered to the expansion of consciousness.

Clearly spiritual freedom in a world of slaves and eunuchs demonstrates itself by means of artworks, causing scandals. Being essentially a creator, I never set out to shock, always thinking about creating my work and not about the benefits it could produce.

Fando and Lis, in one presentation at the Acapulco Film Festival, broke all moulds, pulling rusty brains out of their burrows to dimensions they had never imagined. They were attacked, insulted, wounded by the film’s artificial decency. They wanted to lynch me, then throw me out of the country and finally threatened to kill me. I was afraid, yes, but I was not a coward, I continued and continued.

Today the younger generations of Mexicans have adopted me, grant me their admiration, and I think have opened a path to creative freedom.

Does it at all disappoint you that such thematically rich, deeply coded and conceptually challenging films as El Topo and The Holy Mountain have often been reduced to cinematic ‘lava lamps’ for drugged-up insomniacs? Who do you regard as your ideal audience?

My films, despite being nearly half a century old, are seen by an audience of young idealists, world-weary of the enslavement forced upon them since birth. My ideal audience is on the young side, eager to mutate and move to a higher level of consciousness. I want my images to turn the viewer’s brain into what it is: a flying carpet.

I wanted to turn the film into a prophet: an artistic medium to initiate the mutation of humans. Not a political revolution, but a poetic re-evolution! I wanted to create a movie-Messiah, as deep as a Gospel, or Sutra.

The producers got scared because I proposed a script for a film that should last 16 hours.

What went wrong with Tusk and The Rainbow Thief, and what lessons did you learn from them?

For me Tusk is a film as valuable as El Topo, only it is for children. What we have seen so far is an incomplete cut. But the producer, a crook like all filmmakers, declared bankruptcy, got the money in his pocket and fled, leaving the installation unfinished. I am still to this day fighting for the rights and the final cut, remastering and resubmission.

The Rainbow Thief is something else. The film is not as flawed, has sequences that please me, but deep down was an experience for me to get to know how the film industry works. I left disgusted with the experience. And what disgusted me most was working with a star like Peter O’Toole – a little ‘god’ of rotten vanity and unable to accept being addressed, believing this to be the core of film art. I hated it to death and even today I still hate it.

I believe film ‘stars‘ are their worst disease: these ‘actors’ and ‘actresses’ and their ego-filled faces infect you with their stench, advertising films, their whims, their demands, their neuroses, their names. In all my films I have learned the same thing: be honest, do what I want and not what others want, never surrender to the film industry that believes that success is the reaping of dollars. 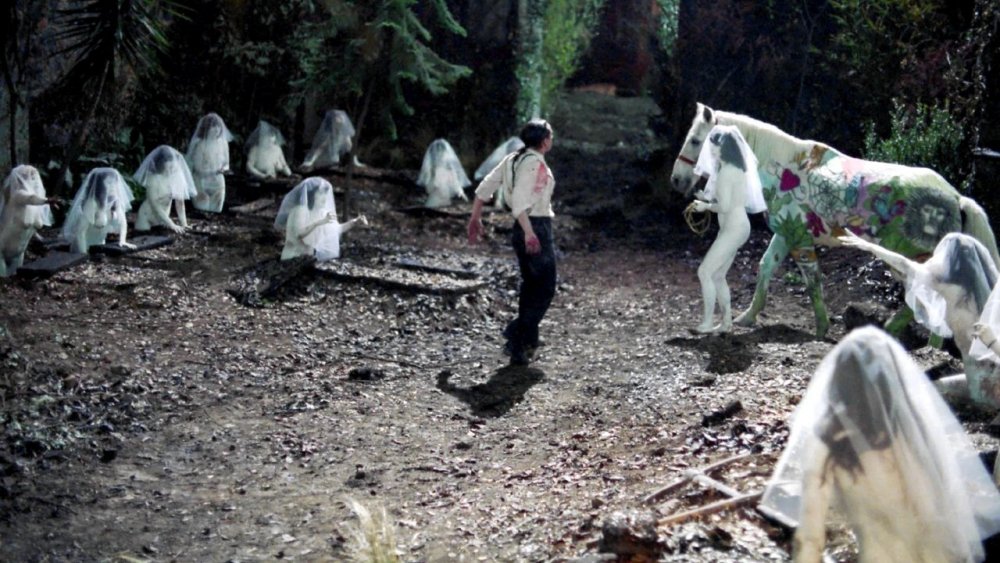 Now that Santa Sangre has been revisited and fully remastered, has its significance changed for you in the intervening years?

My films do not change in meaning for me, because I never give them meaning. They are not political or religious pamphlets, they are art. And art is like God: more unthinkable than anything you can say. My films are like clouds: their meaning keeps changing every minute.

In spite, or perhaps because, of your cult status and outré filmography, for the last two decades you have had great difficulty securing finance for film projects. Are these more unadventurous times for cinema?

The outlook has not changed. It has always been an industry whose essential purpose is to make money. To film Fando and Lis, El Topo, The Holy Mountain and Santa Sangre, I also had to fight against the industry, against unions, against robbers, against parents’ associations controlled by the priests, against obtuse critics, etc. The producers of those movies were crazy or naive enough to think I was a merchant like them – and some were thieves.

With Santa Sangre I have never received a penny for my copyright. With The Holy Mountain, [my producer] escaped with $300,000, fleeing to Israel and leaving me in danger of not completing my film. To achieve the filming of El Topo, I had to go to a desert, hiding from unions, with a small number of technicians.

For The Dance of Reality I decided to change the system with its greedy producers. I figured that the film would cost $3 million. I went to two patrons, one a great promoter of football, the other a young member of a family of museum owners. I suggested that, considering that film was the most complete of the arts, each give a million dollars to make a movie that lost money instead of earning it. Educated, honest and enthusiastic, both gave me the money without reading the script, agreeing not to see the movie until I finished.

A young Chilean, Xavier Guerrero [Yamamoto], and I co-founded the production company Soleil, putting in our savings, i.e. $500,000 apiece. Now with the $3 million we start filming. We needed a further half a million, so we asked my Twitter followers (over 600,000) and my blog followers to send $1-100 to become producers. So far we have received $32,000 – it’s little, but very important spiritually. The rest remains for us to get what we expect from Chilean institutions interested in helping.

And that’s how I managed to be making a movie without greedy producers’ dollars, without whimsical stars, with technicians who truly love the art of film, filming whatever I feel like, as I want it, without compromise, with total freedom, stepping into the void, daring to put in pictures what no one in the film industry would do.

Do you hold your work in theatre and film, your writing of novels, poems and comic books, and your practice of shamanic psychotherapy, all to be entirely separate activities, or do they form an expressive continuum for you?

Of course: I’m an artist like a diamond, a unit with many facets. I practise different arts from a body whose spine is poetry.

Should we expect The Dance of Reality to be a conventional biopic?