This year’s LFF Cult strand ventures beyond the bounds of identity, adolescence and ethics in these incautious cautionary tales straddling from France to Brazil, Norway to Indonesia.

The 62nd BFI London Film Festival runs 10-21 October 2018 at venues across London and beyond.

This year’s LFF Cult strand is, as always, an expertly curated potpourri of the outré, the odd and the extreme. Variety is the rule, with the only unifying theme being the transgression of ‘normative’ borders. Here are nine Cult titles trafficking their goods across the blurred boundaries between youth and adulthood, between the living and the dead, between right and wrong, between reality and delusion, and between the different classes, genders and ideologies that make up our collective identity. [S. Craig Zahler’s Dragged Across Concrete, Bill Oliver’s Duplicate and Rahi Anil Barve and Adesh Prasad Tumbbad were not available for this preview; and one of my favourite entries, Panos Cosmatos’s mind-blowing cosmic revenger Mandy, has already been reviewed for S&S.]

“Everyone has the right to go over the top once in a while,” declares Congressman Borges (Pedro Domingues). He is part of the Cannibal Club, a secret society of Brazil’s patriarchal élite that likes to fuck – and then to murder, butcher and eat – the hired help, in a ritual of carnal entitlement. 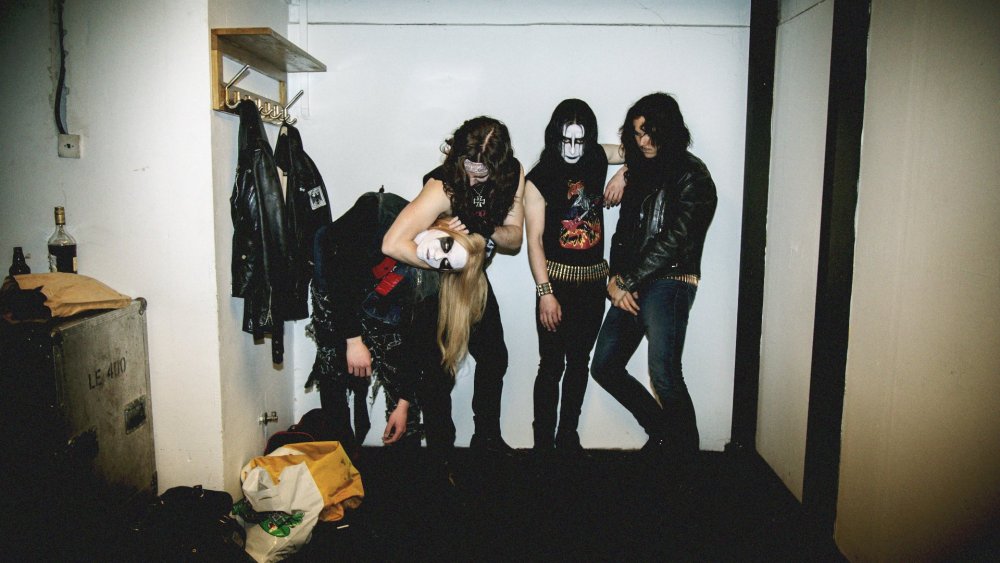 ‘Inspired by’ Michael Moynihan and Didrik Søderland’s nonfiction book Lords of Chaos: The Bloody Rise of the Satanic Metal Underground (1998), Jonas Åkerlund’s coming-of-ager is a tale of toxic masculinity writ large. In conservative Norway, young disaffected guitarist Øystein Aarseth (Rory Culkin), aka ‘Euronymous’, defines himself by ‘true Norwegian black metal’ – a movement that he invents and runs like a cult, with its entry-level music store, its exclusive ‘black circle’ and its confused mix of authoritarian codes and rebellious posturing.

In an environment where ‘poser’ is the greatest insult (and where everyone is posing), Øystein becomes trapped in a power struggle with Christian (Emory Cohen), aka ‘Varg’, as either one tries to establish their Satantist authenticity in a game of chicken which soon escalates to church burnings and bloody murder. “All this evil and dark crap was supposed to be fun,” observes Øystein ruefully – but as ‘fucked-up reality’ intrudes and victims die hard, this is a painful, often devilishly funny look at male adolescent insecurity and idiocy.

May the Devil Take You

It is often claimed that, stripped of its meaning or context, the phrase ‘cellar door’ constitutes one of the most aesthetically pleasing sounds in the English language. A cellar door certainly features prominently in this Indonesian-language feature from genre maximalist Timo Tjahjanto (Headshot, Killers, Macabre), but what it conceals is just as important as its appearance.

For, beneath a villa in the jungle, Lesmana (Ray Sahetapy) once entered a Faustian pact with a Priestess (Ruth Marini) to enrich himself, and now, decades later, the Devil has come to collect, pursuing the souls of Lesmana’s oldest daughter Alfie (Chelsea Islan) and her step family. In the Evil Dead-style scenario that follows, Tjahjanto deftly flings all manner of witchcraft, voodoo and splatter just to see what will stick. In this fairly straightforward but busy horror, the subtext may be shallow, but the blood runs deep, ensuring the viewer one hell of a crazy night. 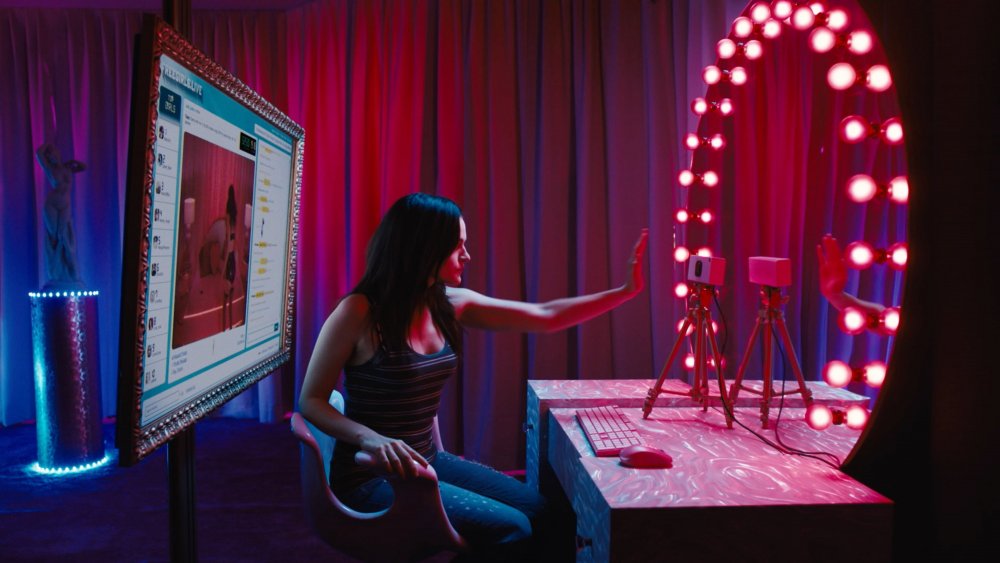 “That person is not me!”, Alice (Madeline Brewer) insists of Lola, her ‘cam girl’ persona. Alice is used to compartmentalising and code-switching, keeping her private, home life separate from her working status as a sexual plaything to online clients. Yet as Alice struggles to climb the cam-girl charts, spending more and more time in her cyberspace chatroom and pushing every boundary, her virtual self assumes a life of its own.

In Daniel Goldhaber’s feature debut, co-written with former sex worker Isa Mazzei, Lewis Carroll’s Through the Looking Glass, David Lynch’s psychogenic fugues and the Doppelgänger myth are all brought into the digital age as a young woman finds that, once she has made her image available on the Internet, she no longer has control over it. What ensues is SF horror evoking Invasion of the Body Snatchers, but it is also a smart allegory of the commodification and appropriation of our online identities.

Having discovered that his wife Odete (Fabiula Nascimento) is sleeping around while he works the night shift at a hospital morgue, Stênio (Daniel de Oliveira) manipulates a gangster into murdering Odete’s lover. Unexpected consequences leave Stênio looking after his two young children, with help from Odete’s lover’s daughter Lara (Bianca Comparato). Quickly the household is torn apart by anger, guilt and recrimination.

Except that, in Dennison Ramalho’s debut feature, Stênio is also blessed/cursed with the ability to talk to the recently dead – which is how he found out about his wife’s affair in the first place. Accordingly, The Night Shifter is part Biutiful, part Dellamorte Dellamore, with an implacably vindictive ghost returning to reify the dysfunction that has taken possession of Stênio’s unhappy home. It’s a gory, unpredictable melodrama, where morality survives mortality.

It opens with a taboo image: a prolonged gaze into the blazing sun that would blind the viewer in real life. In the seemingly safe corridors of private school St Joseph’s, amid regular drills against terrorist intruders, a more generalised mood of menacing unease lurks. After a teacher leaps, mid-lesson and without warning, from a top-storey classroom, his replacement Pierre Hoffman (Laurent Lafitte) becomes at first intrigued, and increasingly obsessed and alarmed, by an adolescent sextet of arrogant, affectless overachievers whose conspiratorial conduct and destructive games point to a future catastrophe which he cannot quite grasp.

This sense of impending doom pervades the latest film from writer-director Sébstien Marnier (Irréprochable), a Ballardian mystery which deftly shifts gears from Village of the Damned-style ‘creepy kid’ mechanics to a much grander apocalyptic vision, with the school a mere microcosm of the explosive tensions beyond its walls. This is an unnerving parable of a world that will not acknowledge or understand the warning signs constantly before its very eyes. Think Take Shelter for a smart new generation that refuses to look away from approaching catastrophe.

All the Gods in the Sky 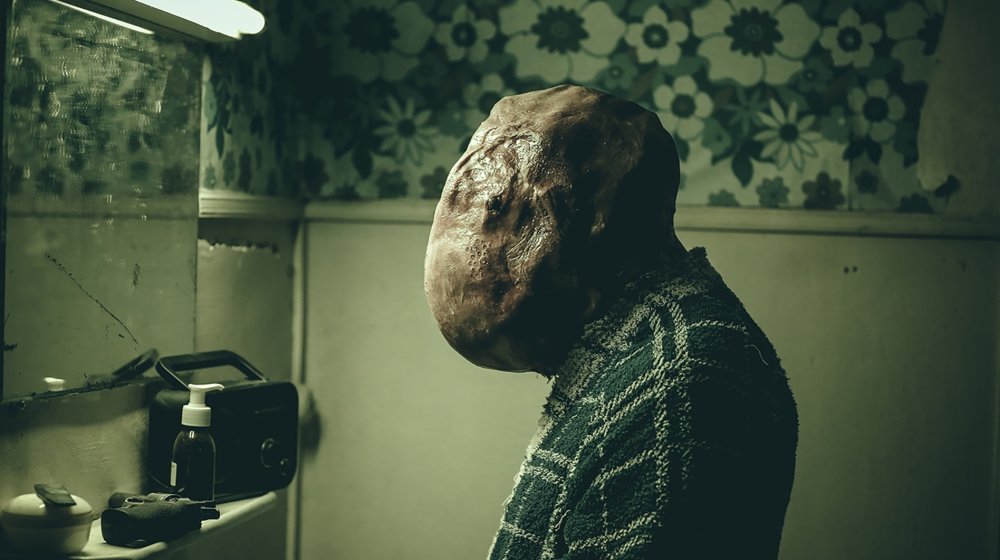 Simon Dormel (Jean-Luc Couchard) has people – his factory supervisor, his assigned psychologist, social services – worried about his state of mind and fitness to care for his younger sister Estelle (Melanie Gaydos), left severely disabled by a game gone wrong two decades earlier. Simon himself, though, is not worried – for he awaits the arrival of a higher power that will sweep him and Estelle away together forever.

Exquisitely designed like something from Jeunet and Caro, yet darker even than their Delicatessen, All the Gods in the Sky shows siblings locked into a ménage à trois with one celestial authority or another, and tests viewer sympathies with its challenging narrative symmetry. For as writer-director Quarxx tells a story of horrific trauma and the lasting scars of guilt, recrimination and madness, the familiar narrative trajectories of escape and revenge transform themselves into a difficult, deluded modern fairytale, deforming the conventions and expectations of the New French Extremity.

When a malicious hacker exposes a community’s shameful secrets, rapidly transforming the sprawling suburbia of Salem into a lynch mob of aggressive jocks, killer cops and puritanical throwbacks, four sex-positive high-school girls (one trans) are subjected to a witch hunt, and must call upon their sisterhood to fuck the patriarchy. From the ashes emerges a whipsmart, confronting bloodbath set in a deeply divided America, as the forces of feminism, LGBTQA rights and progressive identity politics combine to smash retrograde Trumpian chauvinism in the face with a shovel.

Writer-director Sam Levinson’s postmodern satire first updates the poison-pen paranoia of Le Corbeau to the social media age, before descending into the licensed anarchy of The Purge. It is a vibrant – and increasingly violent – coming-of-age story unfolding along the perilous fault lines of America’s culture wars, where, with borders closing, new lines must be drawn.

Related to A Faustian feast: 9 new Cult finds at the 2018 London Film Festival