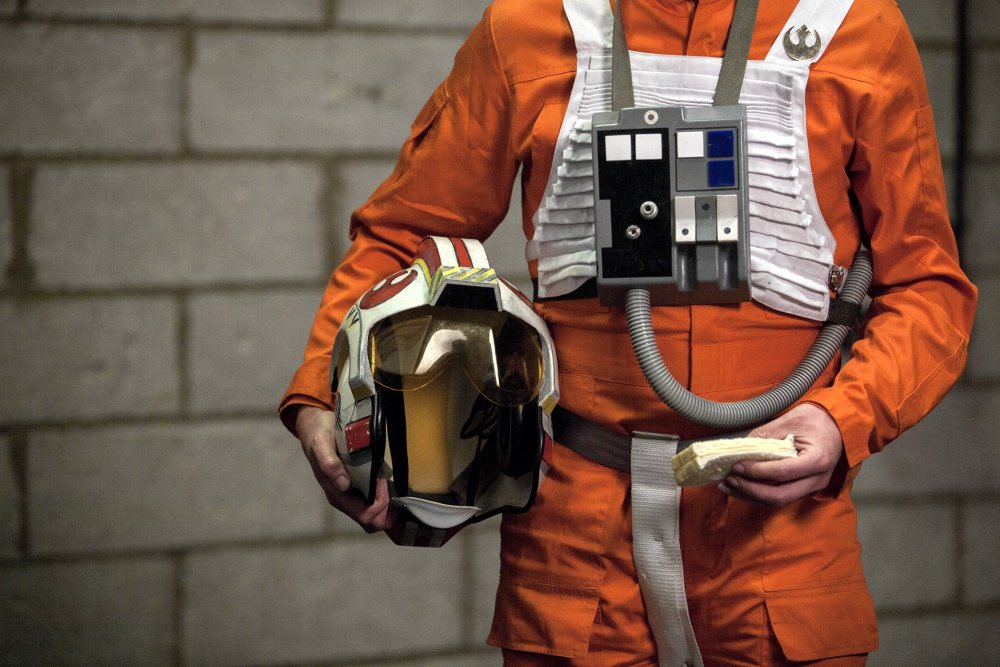 Cult films challenge boundaries of genre and notions of taste, and combine ill-fitting elements – unsettling contradictions or wild disorientations – to wash our brains so we may view the world differently. For this year’s Cult strand at the London Film Festival, curator Michael Blyth once again offered a bewildering array of movies for self-reprogramming – including my top picks Elstree 1976, The Invitation, The Boy and Observance.

All cults need their icons, and so Jon Spira’s Elstree 1976 – a talking-heads documentary based around that ultimate world-building cult movie, 1977’s Star Wars (and, to a lesser extent, its 1980 sequel The Empire Strikes Back) – opens with the ultimate cult-cinematic fetish item, the action figure, as we hear voiceovers from the real actors behind the fictive characters these objects have enshrined in plastic.

Neither a making-of feature nor a piece of straightforward fanaticism, Spira’s film traces a motley crew of bit players drawn into the Star Wars orbit and still to one degree or another living in its shadow. It is also about us – for while George Lucas’s original film was made a long time ago, we are all still caught in its tractor beam. Here Star Wars is both a real film, put together by legions of ordinary people one year in a London studio, and a metaphor for the Force of culture itself, which both connects and changes all who pass through it.

Fanboys or fangirls who approach this documentary looking for anecdotal tidbits on their favourite film/franchise/universe will not be disappointed, for the key interviewees certainly discuss their roles on the margins of this massive production. Yet Elstree 1976 is more interested in these actors’ lives before and after the filmmaking, and on our cult(ural) memories of those groundbreaking first films, whether preserved at fan conventions or in plastic, Spira wisely disregarding the further money-spinning extensions of the saga.

A cult following is something that takes time to build, so calling a new film ‘cult’ involves a certain degree of crystal ball-gazing – unless of course an actual cult forms part of its narrative texture, in which case the label inevitably fits.

This is the case with The Invitation, the latest work from Karyn Kusama (Girl Fight, Jennifer’s Body), in which Will (Logan Marshall-Green), still grieving the death of his young son Ty, attends a (for him) traumatic dinner party in the Hollywood Hills home where Ty had died two years earlier. Yet as the conversation turns to the restorative spiritual journey undertaken in a Mexican commune by Will’s ex-wife and her new friends, liberal bourgeois LA diners meet dumb (or morally dubious) ideas merely with ironic laughter, academic flight or polite silence. Kusama’s masterfully tense chattering-class thriller lays bare the divisive valleys between reticent reason and ‘Mansonian’ insanity, between open-minded secularism and Kool-Aid imposture, nailing the cult in America’s culture wars.

The location of Craig Macneill’s The Boy (his followup to 2009’s The Afterlight) is the isolated ‘Mountain Vista Motel’, a collection of run-down buildings by a junkyard. Stuck with his father (David Morse) in this psychogeographical space, nine-year-old Ted (Jared Breeze) plots his escape. Shot wide to capture something of Ted’s watchful aloofness from humanity, The Boy plays like the origin story of an emergent sociopath. This austerely chilling portrait of America’s abandoned margins offers a dark, disturbing flip side to Richard Linklater’s Boyhood. 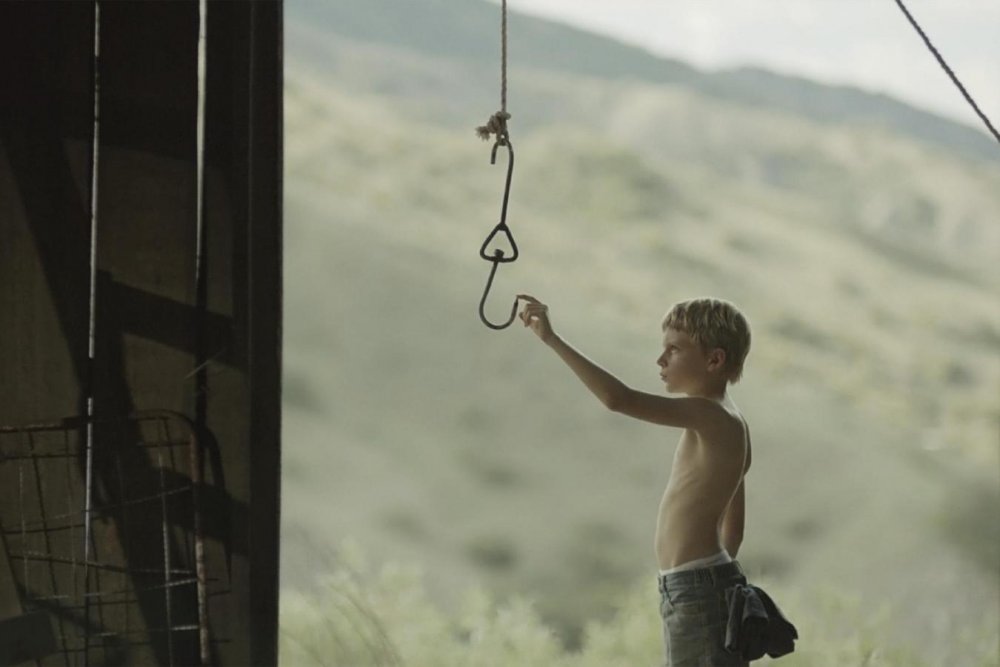 This year’s cult programme included three Japanese cult directors, all of whom have, frankly, made better films than the ones here. Sion Sono’s unruly Love Exposure (2008) was the cult film par excellence, while also, eventually, focusing on a cult – yet his latest, Love and Peace, a mawkish musical fantasy for kidults with some turtle-shaped Godzilla action thrown in, almost feels a parodic embodiment of the ‘crazy Japanese’ payload that Westerners like to drop on the nation – but it’s too cute, too broad and too relentlessly, self-consciously quirky to make much real impact.

Meanwhile, Hideo Nakata, whose Ring (1998) and Dark Water (2002) placed him at the centre of the J-horror movement, has, with Ghost Theater, incorporated the sort of overstatement and over-explanation that used to typify American remakes of his films, exsanguinating his art of all subtlety. If you want to see horror and meta-theatre blended to unnerving, dizzying effect by a Japanese master who has been making films since the early 90s, better to watch Takashi Miike’s Over Your Dead Body (2014). 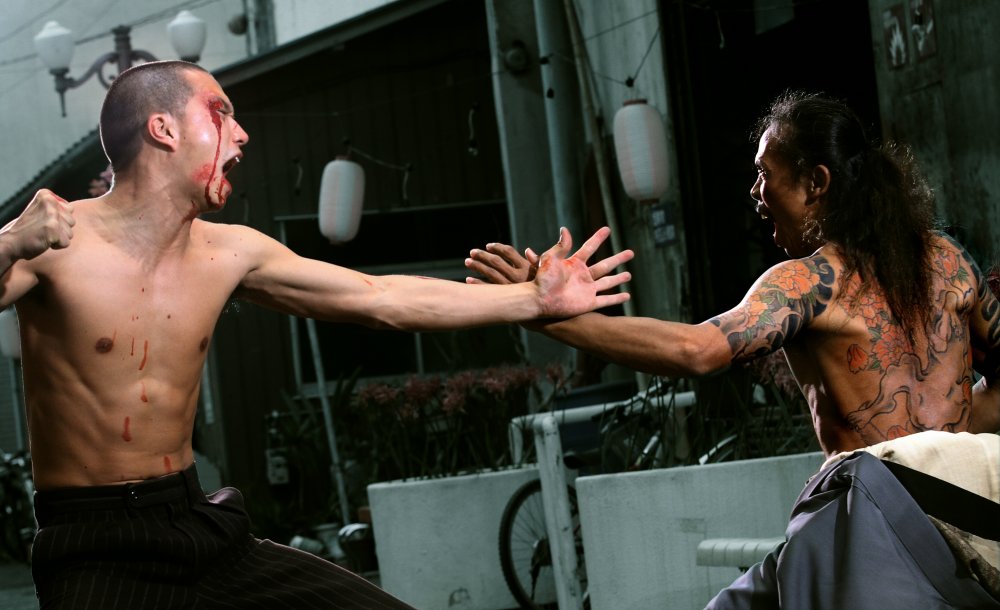 As it happens, Miike was present and correct here too, revisiting perhaps the most recurrent theme in his vast and varied filmography – except that, in Yakuza Apocalypse, the yakuza are also ordinary citizens, as well as vampires and cowboys, while ranged against them is a gun-toting priest, a ferocious fistfighter (The Raid’s Yayan Ruhian), a stinking kappa goblin and a yakuza-hating ‘modern monster’, who dresses in a felt frog costume. “Stay foolish!” is the advice handed down by the yakuza’s leader – and accordingly, Miike’s film remains deliriously daft until its final oater-style showdown, with the titular apocalypse coming in absurd tokusatsu form. Miike delivers a genre-leaping monstrosity, all at once insane, inane and irresistible.

Beyond Japan, the LFF offered a run of films that tweaked generic norms into something just a little less familiar. S. Craig Zahler’s ‘weird west’ debut Bone Tomahawk is set in the frontierlands between not just civilisation and savagery but also oater heroics (and antiheroics), Coen-esque comedy and a pioneering form of horror. For this classic western tale of abduction and rescue anticipates and cannibalises Wes Craven’s The Hills Have Eyes (1977) with its own tribe of anthropophagous troglodytes – and eventually there will be enough blood, brutality and gore to make Sam Peckinpah or even Giulio Questi blush. 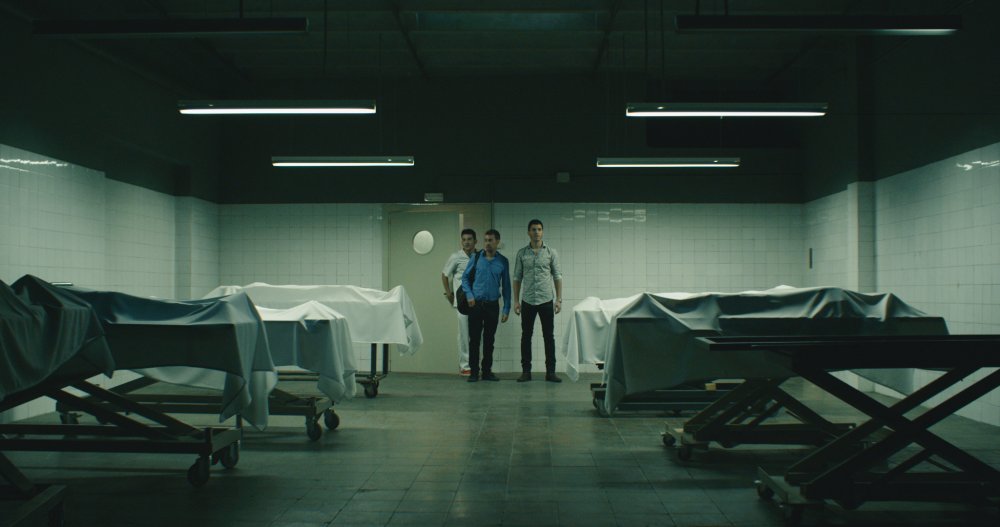 Hèctor Hernández Vicens’ briskly paced feature debut The Corpse of Anna Fritz starts out reimagining fellow Spaniard Nacho Cerdà’s notorious morgue-set 1994 short Aftermath, and throwing in the celebrity body politic from Brandon Cronenberg’s Antiviral. Three young opportunists take advantage of the death of movie star Anna to negotiate physically their proximity to (and distance from) the usually inaccessible world of cinema fantasy; but once their intended necrophilia becomes redefined as unintended assault, a disappointingly conventional cat-and-mouse thriller emerges. This is rape-revenance, like an elongated version of the hospital sequence from Kill Bill: Vol. 1 – although its games of table- (and slab-)turning are certainly tense.

Writer/director Jeremy Saulnier follows up Murder Party and Blue Ruin with Green Room, in which once again he fills the less noted spaces within genre with ‘ordinary’ people caught off guard. In this case it’s a four-piece punk outfit who accidentally witness a murder at a backwoods roadhouse, and come under violent siege from the establishment’s neo-Nazi owners (including Patrick Stewart, brilliant against type) who are desperate to cover their own criminal tracks. Believable characters and witty dialogue ensure that the ‘clusterfuck’ violence, when it comes, hits very hard – while the low motives underlying some of the more extreme ideologies in America’s culture wars are also slyly exposed. Though necks are gored, there are no vampires – just all-too-human monsters and their mostly loyal lap dogs. 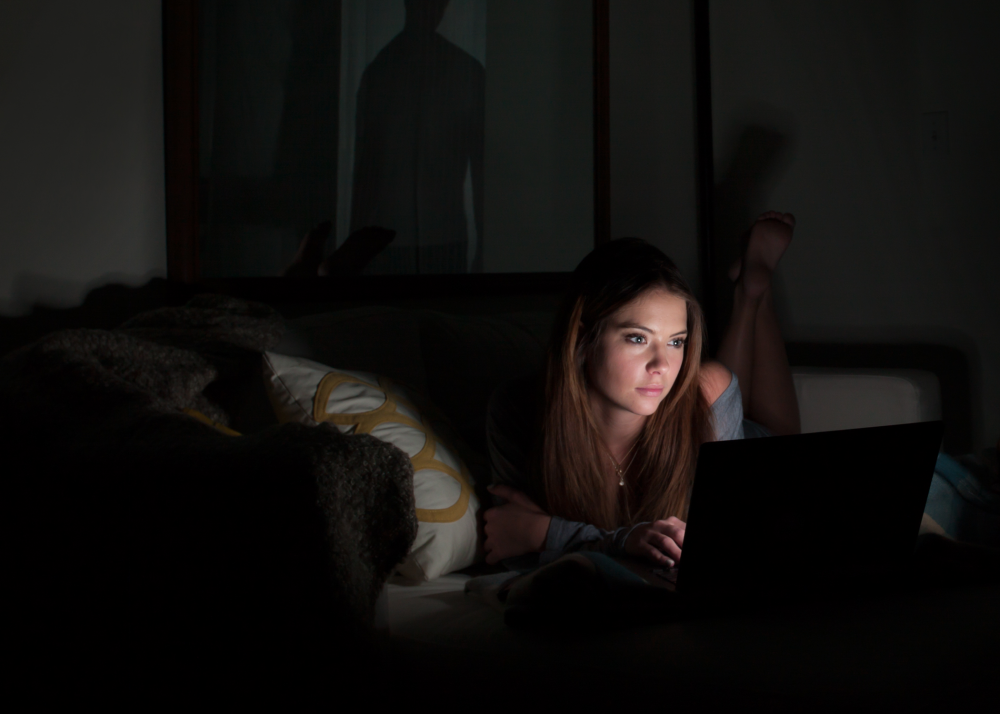 Branden Kramer’s feature debut Ratter updates the slasher film so that the antagonist’s voyeuristic POV (which we constantly, uncomfortably share) is confined to the hacked webcams of a young female student’s laptop, smartphone and games console, while his mask is the anonymity of the internet itself. Though tapping straight into some very 21st-century anxieties, this unsettling premise is already familiar from The Den, Open Windows and Unfriended. Even at a mere 80 minutes, Kramer’s expansion of his 2012 short Webcam feels overlong – and the ingenious way that the writer/director contrives to stage events before Emma’s various devices also sadly palls through repetition. Needs more slashing…

Two (sort-of) zombie films were included in the programme. Bo Mikkelsen’s feature debut What We Become is well directed but conventional, with only its Danish bourgeois neighbourhood as terra incognita for this subgenre, and with the occasional surreal spectacle of suburban homes wrapped in plastic sheeting like Christo installations, or a pack of infected locals gathered around a street lamp to stare up at its light in unison, unsettling the sense of normalcy in municipal Sorgenfri (ironically, Danish for ‘carefree’).

Thierry Poiraud’s poetic Don’t Grow Up, on the other hand, plays out coming-of-age themes amongst a group of troubled teens who are themselves gradually succumbing to a zombifying viral outbreak that affects only grown-ups. Yet the immunity of children from infection brings to this particular strain the mutation of metaphor, so that the film becomes a kind of inverted Who Can Kill A Child?, with resonant themes of childhood arrested, adulthood imposed and futures foreshortened.

Last but not least, my favourite film in this year’s cult line-up was Observance. With his son dead and his marriage in tatters, Parker (Lindsay Farris) takes on a job that requires him to stay hidden in a dilapidated apartment and observe the woman (Stephanie King) living opposite (“Just watch and report back,” he’s instructed. “That simple.”). Emotionally at sea and unsure about the motives of his unseen paymaster, Parker finds his fears and fantasies coming in waves. 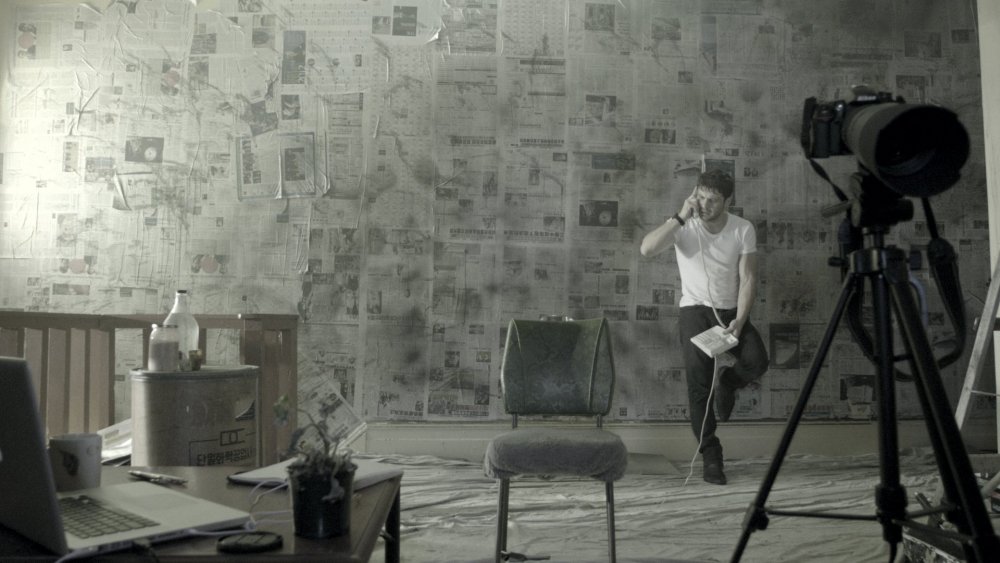 Observance opens with images of waves buffeting a sandstone coastline. Whether this is a metaphor for grief and madness or for a life on the rocks, those dark waters will recur at significant moments, as black bile (a literal translation of the word ‘melancholy’) is seen seeping down the walls of No. 128 Overlook Street, collecting in a jar or being vomited copiously from Parker’s mouth.

What unfolds is both an occult ghost story and a psychodrama in which we are never sure whether Peter’s own personal tragedy or his employer’s dark history is the more toxic. Expertly reconjuring the paranoid spirits of Rear Window, The Shining, The Conversation and especially Roman Polanski’s ‘apartment trilogy’, Joseph Sims-Dennett has crafted a claustrophobic, conspiratorial observation on the act of watching, and on the errant trajectory of the male gaze. It is an intriguing, elliptical enigma that confronts us with our own complicit voyeurism, even as it leaves us unsure what exactly we have seen – or overlooked. There is nothing simple about it.

Related to Welcome to the brain wash: London 2015 ‘Cult’ round-up