Five of the best – and freakiest – in this year’s LFF Cult strand. 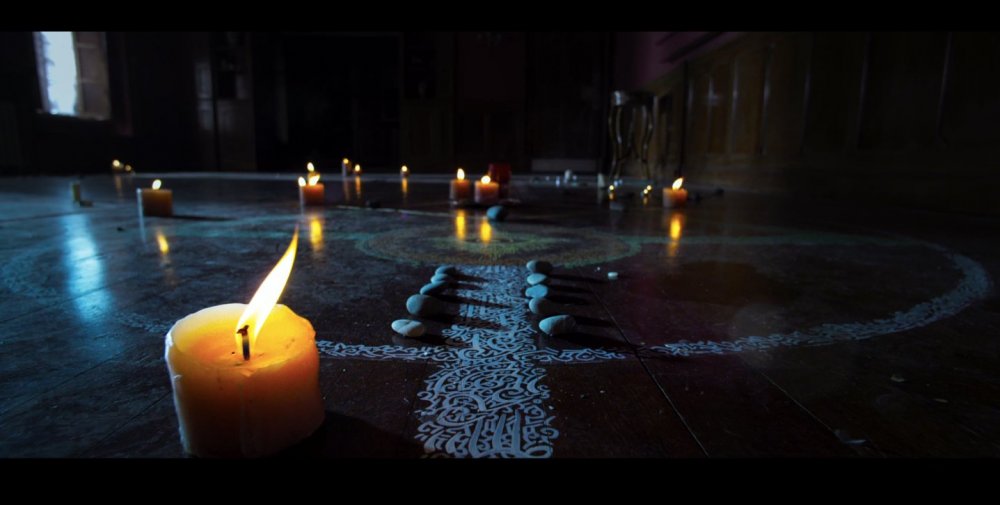 Liam Gavin’s magick-steeped A Dark Song: ‘a cult film precisely because it casts Sophia and viewer alike as initiates on a solemn, semi-religious quest’

Those seeking to be awed, alarmed and unnerved at the 60th London Film Festival should convert to the Cult strand. This year’s selection is disparate, although sylvan settings (as Cult programmer Michael Blyth ) and psychological dysfunction form recurrent motifs. Here is an initiatory taste of five recommendations (with a curious preponderance of Irish titles: has Celtic cinema turned cult-ward?). That said, this year’s programme is so good that it proved impossible to resist mentioning some of the other Cult titles, at least in passing.

Gilles Marchand’s boys’-eye-view psychodrama Into the Forest (Dans la forêt) and Taneli Mustonen’s true-crime exploitationer Lake Bodom (Bodom) both – in very different ways – exploiting the interplay of campfire myth and cold, wet reality in the Swedish woodlands. Both are excellent – but my favourite of the Cult programme’s timbered titles is Lorcan Finnegan’s Without Name, for the way it uses a strong sense of place to evoke the geography of a middle-aged man’s splintering mind.

Lost between fragmenting marriage and non-committal adultery, and hoping for some quiet time apart, Eric (Alan McKenna) takes private work surveying Irish forestland so ‘unspecific’ that its local name translates as ‘without name’ – even as he begins to question the legality and morality of what he is doing. In this creaking, verdant place, “like a church” and haunted by its own peculiar folklore, Eric devours earth-born mushrooms, and starts believing his predecessor’s claims that the flora communicate through their own natural grammar.

Much like Corin Hardy’s The Hallow (2015) and Wyndham Price’s Crow (2016), Without Name hedges its bets between psychological, ecological and supernatural frames for its mysterious narrative. Through disorienting pull focuses and the hallucinatory play of light and shadow on tree trunks, Lorcan conjures the suggestion of a pagan presence in this eerily numinous maze of branches, and lets the viewer, along with Eric, become lost in the woods. As Eric begins to talk to the trees (with all that is entailed by the phrase), his madness – or is it arboreal possession? – plays out amid a clash of ancient and modern, of nature’s cyclicality and humanity’s linear progress, in a psychogeographic space on no map.

2. I Am not a Serial Killer

This year’s Cult programme also features several films concerned with psychotic killers. With the aptly titled Creepy, for one example, Kiyoshi Kurosawa returns to the blank-eyed genre neighbourhoods of his earlier Cure (1997) and Bright Future (2003), revealing a special, hidden kind of murderer whose hunting ground is the fragile structure of the Japanese family itself, and who could live right next door. I Am not A Serial Killer, directed by Billy O’Brien (Isolation), is another.

Max Records is probably best known for playing the little boy who runs away to live with the monsters of his mind in Spike Jonze’s Where the Wild Things Are (2009). Now a teenager, Records is in a sense reprising and maturing that role, as he once again plays a character negotiating with demons both internal and external.

Cursed with a name that suggests both serial killer John Wayne Gacy and a lethal weapon, diagnosed sociopath John Wayne Cleaver seems destined to become a career slasher – but as the title of this adaptation of Dan Well’s 2009 novel implies, Records’ character rejects his destiny. As obsessed with serial killers as with people’s insides, John helps his single mother (Laura Fraser) with the embalming in their family funeral home, and struggles to suppress his urges to kill others. As our adolescent antihero, on the cusp of carving out his own identity, investigates a spate of bizarre local murders, he will see in geriatric neighbour Crowley (Christopher Lloyd) both his dark reverse and possibly his future.

If, for all his emotional indifference and heartless proclivities, John remains a likeable character who would not be out of place in many a quirky coming-of-age indie, this is because O’Brien’s film casts a refreshingly sympathetic eye over the monster within and, even when the narrative takes a supernatural turn, still grounds everything in human choice. The result is an affectionate, often funny look at small-town slaughter, with a killer protagonist for whom it is all too easy to root.

I Am not a Serial Killer is not, however, this year’s only Cult offering to be part-set in a family-run morgue. For in André Trollhunter Øvredal’s The Autopsy of Jane Doe, screening as part of the LFF Gala, father-and-son coroners (Brian Cox, Emile Hirsch) spend a dark night of the soul examining a corpse (Olwen Catherine Kelly) inscribed with a long, repeating American history of male abuse against women. It’s an off-kilter ghost story with a strong feminist subtext half-buried in its foundations.

The speaker is removalist and aspiring actor Larry de Cecco (played with repellent unctuousness by co-writer Martin Bacigalupo), asking about his casting headshot. Larry, however, is not his real name, but one of several identities that he will adopt in the film as readily as he practises his roles, hoping to find a part that will eventually ring true.

Carles Torras’s Callback is a character study of a sociopathic creep akin to the Spanish-speaking protagonists from Tony Manero (2008) or Sleep Tight (2011). Yet, in keeping with its status as a Spanish production set in New York, Callback is preoccupied with a particular brand of ruptured identity that the US can inspire in the sort of driven immigrants and outsiders once played by Al Pacino or Robert De Niro (both obliquely referenced in the film). Even when he is not reciting motivational lines from the advertisements for which he auditions, Larry talks robotically in borrowed catchphrases and false platitudes, as he struggles to fit into an American dream that seems so much more attractive in commercials than in reality.

4. The Eyes of My Mother

Nicolas Pesce’s striking debut The Eyes of My Mother is also concerned with an outsider’s madness in America. In a remote farmhouse, little Francisca (Olivia Bond) is reared bilingually by her Portuguese mother on tales of saintly isolation and practical exercises in eye surgery – until a psychopathic stranger (Will Brill) comes a-visiting and destroys the family forever. Now an adult, Francisca (Kika Magalhaes) longs to stave off loneliness with a family of her own – but the austere little world that she has maintained and the limited experience that she has of what lies beyond see a mythic tragedy unfolding in the midst of modern America.

Pesce’s colourless presentation and elliptical editing offer a blinkered perspective on events which replicates both the protagonist’s ocular obsessions and the mutual incomprehension of Francisca and those she encounters. For this is a film in which a succession of horrors take place just out of sight, perpetrated by a (metaphorically) myopic heroine as blind as her victims.

[For a different take on maternity and madness in the Cult programme, it’s well worth checking out Jiri Seder’s feature debut The Noonday Witch (Polednice), whose day-lit rural horror merges and modernises both a Czech folk tale and the myth of Demeter and Persephone.]

“The Abramelin, it’s essentially a journey. That’s a poor metaphor, that is, but it will do for now.”

The speaker is Joseph Solomon (Steve Oram), an experienced occultist who is guiding Sophia Howard (Catherine Walker) through an elaborate ritual to help her speak once more with the dead son whose killers she is unable to forgive. Bourgeois, Catholic Sophia is not yet being straight with Joseph about her full intentions, and has doubts about everything (including Joseph), while the tracksuit-sporting, often brutish medium comes with his own demons – but all this will become part of Sophia’s strange journey towards personal transformation.

There are countless films that have incorporated magick rites into their narrative, typically involving the brief conjuring of demonic entities around a ouija board or pentagram – but for Liam Gavin’s extraordinary feature debut A Dark Song, my favourite film of this year’s Cult strand, those rites constitute almost the entire duration and substance of the film. As Sophia and Joseph seal themselves into an isolated Welsh country house together, and spend many months repeatedly trying to open the mystic doorway to Sophia’s guardian angel, the result is an intensely intimate chamber piece in which two flawed but committed individuals work through problems all at once worldly, psychological and spiritual via an irrational yet rigorously methodical process.

A Dark Song is a cult film precisely because it casts Sophia and viewer alike as initiates on a solemn, semi-religious quest. Amid the personality clashes, cabin-fever claustrophobia, class conflict, sexual tension and acts of transgression, there are also supernatural incursions, momentary miracles and awe-inspiring epiphanies, all serving as a stylised study of damage and rebirth in extremis. It is sublime, uncanny and in the end deeply moving – and there is nothing else out there remotely like it.