In this bravely brazen ‘anti-hate satire’ a Führer with halitosis and a misguidedly fervent member of the Hitler Youth provide an outlet to poke fun at prejudice and cherish innocence. 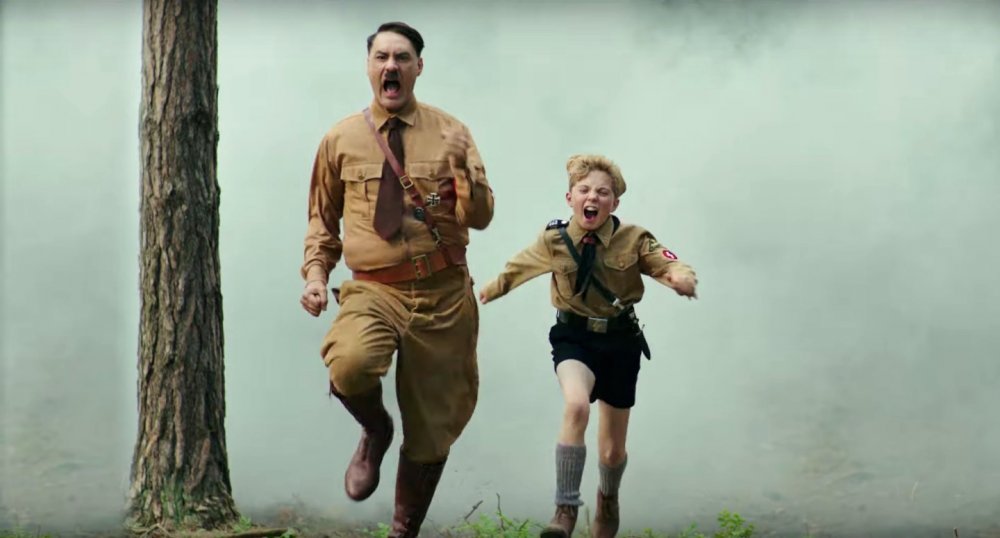 In his latest film, writer-director Taika Waititi stars as a version of Adolf Hitler who is the imaginary best friend of ten-year-old Hitler Youth member Jojo Betzler. Waititi’s Hitler has bad posture, ill-fitting uniform, a lazy accent and a nasty mind. He’s awful, but that isn’t news to anyone, least of all himself. Nothing about this Maori-Jewish filmmaker’s Hitler would permit him to be regarded as any sort of role-model.

Jojo Rabbit focuses on its eponymous lead, a round-faced boy who struggles to stand out, but is staunch in his blind devotion to Hitler – even though the extent of Jojo’s passion for Nazism is that he is “massively into swastikas”. It’s a reductive logic, but one that infuses the film with a sense of whimsy that feels intentional. No one is here to educate about or avenge the horrors of the past – it’s all too silly for that; but it’s clear which side Waititi is on.

The film centres on Jojo’s dilemma when he discovers that his mother Rosie (Scarlett Johansson as a gentle but sparkling rebel) is hiding a Jewish girl in their attic. He meets the girl, Elsa (a perfectly precise Thomasin McKenzie), and boils over with confusion. He’s never spoken to a Jew and has no one to tell him how to behave. His aggressive defences break down and give way to butterflies – both metaphorical and wonderfully literal. Prejudice bends, making room for a relationship that becomes deeply rewarding.

At a Hitler Youth camp, Jojo earns his nickname when he can’t bring himself to snap a rabbit’s neck. He dodges the violence of Captain Klenzendorf (Sam Rockwell, playing another convincing racist to add to his policeman in Three Billboards Outside Ebbing, Missouri, 2017) and his equally obtuse associates Fräulein Rahm (Rebel Wilson, whose nagging quirks fit perfectly with the deliberate annoyingness of it all) and his second-in-command Finkel (Alfie Allen) – as well as an eerily well-cast Stephen Merchant as Gestapo chief Deertz. 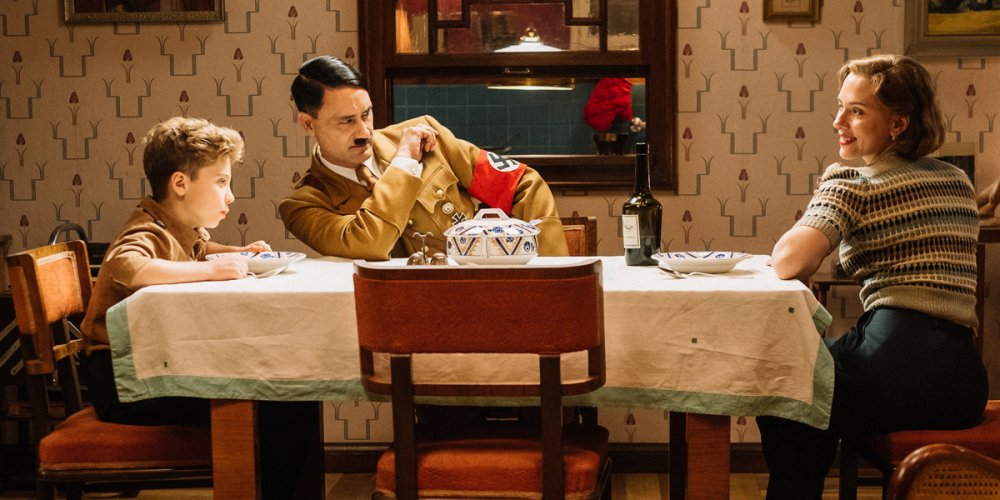 Griffin Davies and Waititi with Scarlett Johansson as Rosie Betzler

It might seem that Jojo Rabbit needs a moral purpose to earn its right to exist: this is a sticky subject, deployed with brazen humour, making it easy for someone to get hurt. But the sheer incompetence of nearly every character (apart from two women – the Jewish teen, and the German mother protecting her) gives credence to the idea that Jojo Rabbit’s sole intention is to push a good time as far as humanly possible: to laugh at stupidity, to cherish innocence, to find security in the possibility of love.

This is no thorough analysis of radicalisation or condemnation of ideological evil; the distance Waititi employs finds light in what was so dark, making the film witty, playful and always lucidly well-intentioned. As Jojo, newcomer Roman Griffin Davies puts in one of the most convincing child performances in years. The extremist adults meet a bitter end when deserved – nobody is redeemed for their crimes, but these fictional monsters have still clearly benefited from Waititi’s compassion for humanity. The film has been deeply embedded in its own niceness and sarcasm against inhumane evil, ever since it proudly announced its gleefully unsubtle ‘anti-hate satire’ tagline.

History isn’t up for debate, but the way each person remembers it can be. Jojo Rabbit will rub many viewers up the wrong way. But if you accept the premise that it is possible to find the material for a lighthearted, zany comedy in the Holocaust, this film does the best that could be done with it.

Update (31 December 2019): This review has been re-edited since it was first published.

Related to Jojo Rabbit review: Taika Waititi laughs in the face of fascism