Terrence Malick reprises his worst tics – and adds some new ones – with this trite rehearsal of the life and death of World War II Austrian anti-fascist objector Franz Jägerstätter. 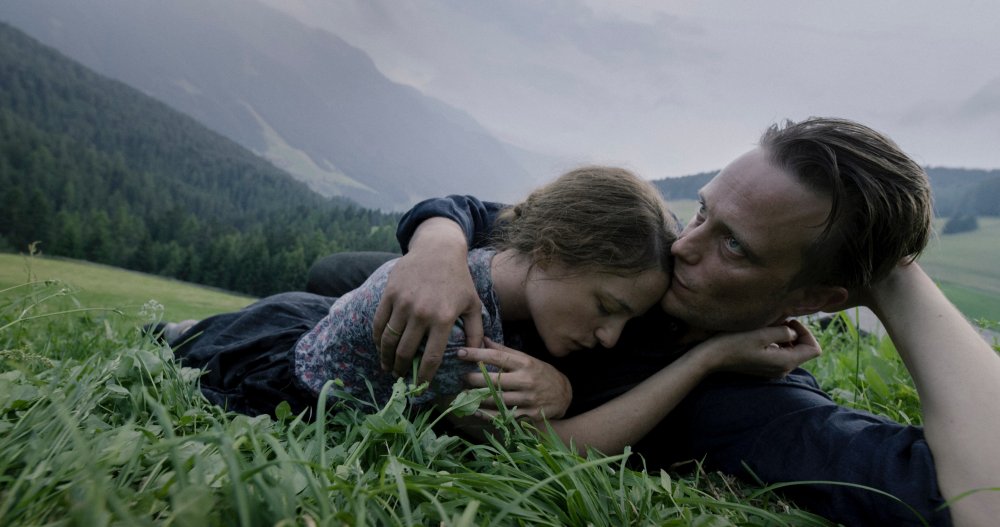 The opening shot shows us a lush green gentle mountain slope that’s just begging for Julie Andrews to come running over its crest, but while we don’t get that we do immediately experience the gentle sound of music, the first sample of many big, reverential classical pieces that Malick has used before from composers like Arvo Pärt, Henryk Górecki and Johann Sebastian Bach. And soon we’re with a vigorously cute young mountain-village family with the husband, Franz Jägerstätter (August Diehl) saying in voiceover, “I thought that we could build our nest high up in the trees,” and then you realise that any hope that Malick might disavow his recent gormless preachy style and aversion to dialogue and dramatising has already gone.

What we witness for the next two hours and 53 minutes is based on quite a simple real life story. Jägerstätter and his wife Fani (Valerie Pachner) live a farming life so wholesome, good-looking and Heideggerean in its access to log cabins and sublime landscape that you almost forgive their endless canoodling and Christian adland version of good honest toil.

The real-life couple apparently were devout Catholics, and would not support the new Hitlerian regime after the Anschluss in 1938 when the German army invaded Austria, and the film’s events seem to stay pretty close to what went on. Jägerstätter gets called up in 1940 and does his military training, but is relieved when, after the fall of France, farmers are allowed to return to their farms as important war workers. But over time his disavowal of Hitler becomes well known and much resented by families whose sons are at the front. When he’s eventually called up again in 1943, he refuses the oath of loyalty to the Führer, thereby setting himself on a path to execution. 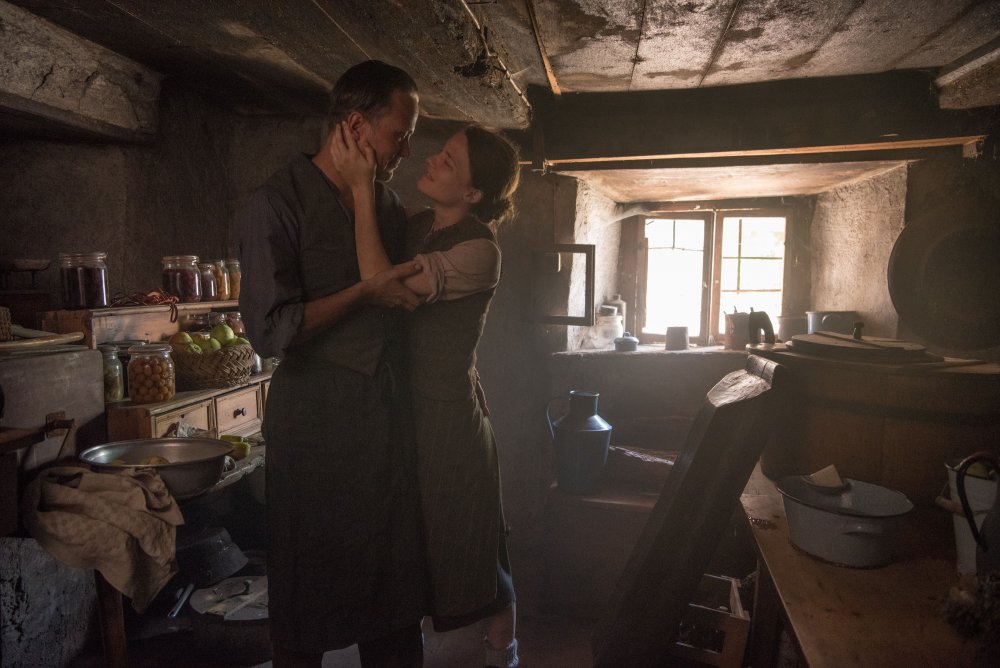 But Malick seems only vestigially interested in the depiction of these dramatic happenings. He’s more interested in what his characters often muse about: the wind, the sky, the trees, how light falls through a window etc. One uncharacteristic move is his inclusion of archive Hitler footage, from motorcades, Nuremberg rallies and in particular the famous creepy Berchtesgaden footage of Hitler with a toddler. But it’s used ineffectually, like a brief gesture to reality. The war, in fact, barely intrudes on the proceedings. When Jägerstätter is in Tegel prison in Berlin 1943 you’d hardly know that the city was being bombed all the time by the allies.

Instead Malick, eschewing dialogue for the banal questioning voiceover he must consider his contribution to today’s cinema, concentrates on the clichés: “How simple life was then. No trouble could reach our valley. We lived above the clouds. What’s happened to our country?” I’d estimate there are more clichés per minute than in The Sound of Music.

Most peculiar is the use of languages. Whenever anyone shouts or has bad things to say it’s always in German, whereas the voiceovers and anything gentle or kind are in English. This problem is particularly pronounced in the trial scenes where the Nazi prosecutors scream in German while the more reasonable Judge Lueben (Bruno Ganz, who got a sigh of sad appreciation when he came on screen) speaks English to Jägerstätter. (To be clear: both are meant to represent Germans and Austrians speaking their native language.) Obviously, to Malick, good and evil speak different languages. 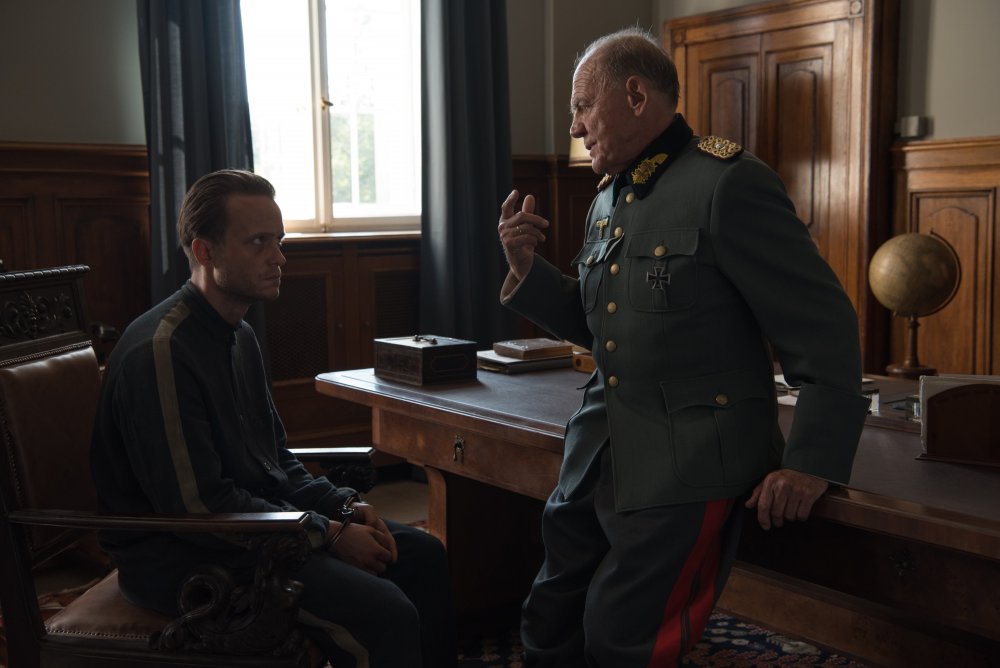 As far as how the film looks is concerned, we get the same Steadicam moves, the same distorting short lens that uglifies peripheral people but lengthens every corridor to hint at infinity. The actors are given so little to work with that they gamely embody the emotion required with the requisite expressions.

If anything A Hidden Life is more God-adoring than Malick’s run of films since Tree of Life. But I don’t sense any attempt to convince or convert. Malick is just vaunting an ordinary farmer from the wrong side of the war who’s been beatified by the Catholic church. It’s almost as if Jägerstätter’s then-unsung death holds more import than the millions being slaughtered in cities and at the front, not to mention the death camps. A Hidden Life is above the clouds in the worst possible way.

Related to A Hidden Life first look: Terrence Malick floats over the storm clouds of war