1945 review: a bitter homecoming in Hungary

When two Orthodox Jews return to the town that betrayed them under Nazi-occupation, the stage is set for conflict in Ferenc Török’s European western. 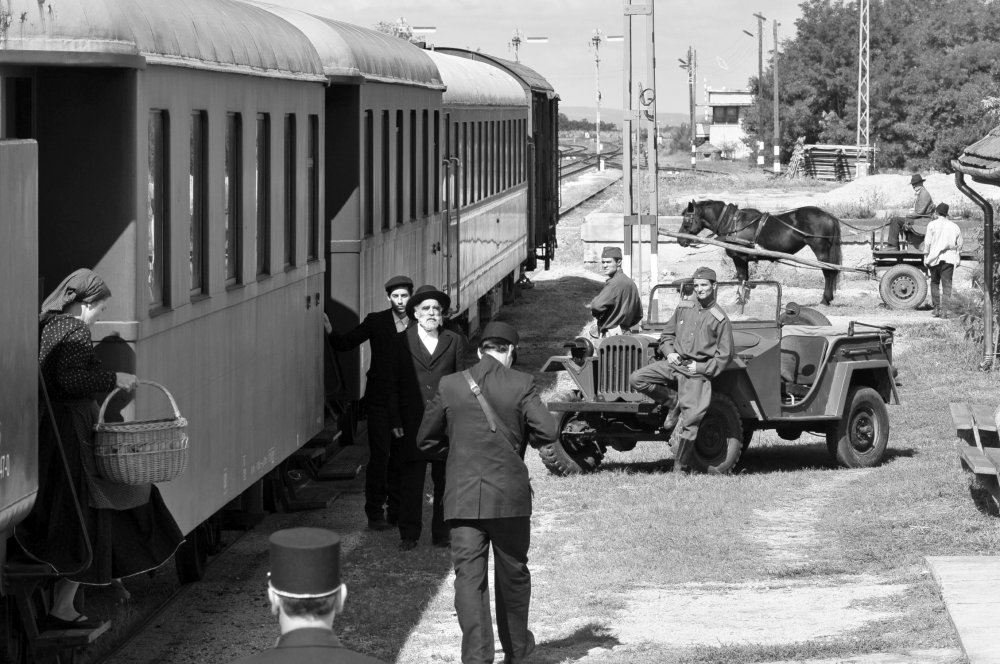 It seems like a familiar enough genre setup. Under a foreboding monochrome sky, a pair of mysterious black-clad men arrive in town. As they disembark from a tiny train station, local whispers spread. Shopkeepers and housewives peer through their curtains fearfully; the town clerk and the sheriff quickly steel themselves for a conflict. If this framework sounds and looks like a western, the archetypes are right – but the specifics are all wrong.

In Ferenc Török’s latest film, 1945, the paranoid small town is in Soviet-occupied Hungary at the close of World War II. And those two mysterious men aren’t gunslinging drifters – they’re Orthodox Jews, likely a father and son. The source of the conflict is also deeper than one might initially assume. This is a provincial European town which, like so many others under Nazi occupation, closed ranks on its non-Gentile population. Its policemen, town officials and even parish priests conveniently ignored the mass deportation of their Jewish neighbours – often in exchange for those neighbours’ silverware, trinkets and homes.

Török’s film unfolds over the course of one day as these lost neighbours return home, its handsome black-and-white imagery contrasting with the oily opportunism of the town’s residents. In this twitchy, claustrophobic view of moral degeneration, it becomes apparent that this town is not so much convulsed with guilt as with defensive anger – and that few ever expected to see their old neighbours return. 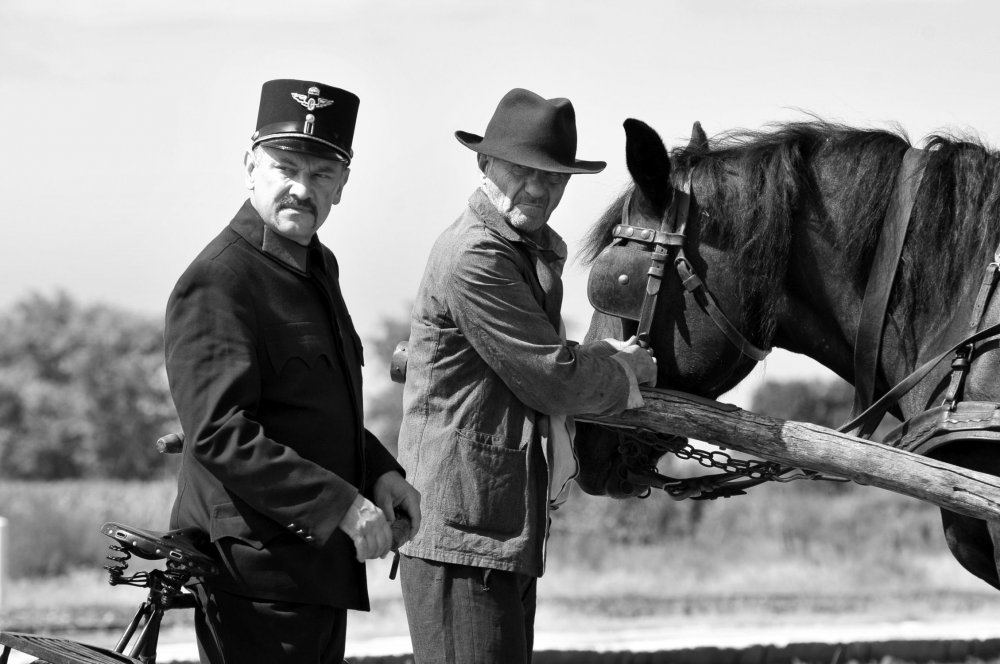 As the two returning Jewish men embark on an untold mission, carrying trunks and travelling silently across the city, panic ensues. Will they demand their property – or seek vengeance? Town clerk Istvan (Péter Rudolf) is particularly vigilant – he’s a prominent and well-off citizen who bristles at the thought that any of his previously owned possessions might have to be returned. As the degree of Istvan’s own culpability in wartime events becomes clear, he begins to backslide into paranoid rage.

Torok employs intimate, unsparing close-ups on Rudolf’s wide-set face and those of the film’s other wary subjects. He juggles the topography of this small town and the faces within it in a visually expressive style, vaguely reminiscent of that outlier western, High Noon. 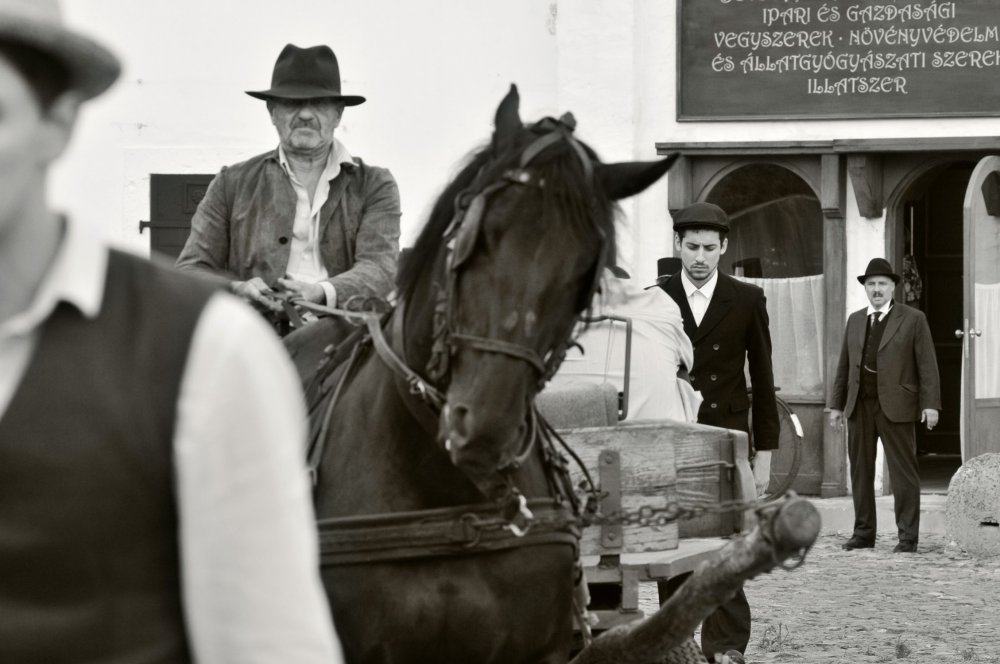 In an unabashed expression of Old Testament-model justice, the day of the strangers’ visit coincides with the wedding of Istvan’s son. Török may occasionally employ such on-the-nose devices, and take unnecessary extra measures to make us dislike Istvan, but his portrait of cowardice and communal collapse is incisive and compelling.

As the father and son travel with quiet dignity to their intended location, the frisson of panic around the town reaches its peak. The grasping locals seem so concerned with holding on to their ill-gotten gains that they never pause to consider a different possibility. Perhaps all their cutthroat bourgeois striving and semi-legal robbery has been rendered trivial. The suffering they have supported is clearly beyond their understanding; but perhaps if they could glimpse the mind-boggling loss suffered by the strangers in town, they could see why all their artwork, homes and heirlooms amount to cold comfort indeed.

Related to 1945 review: a bitter homecoming in Hungary