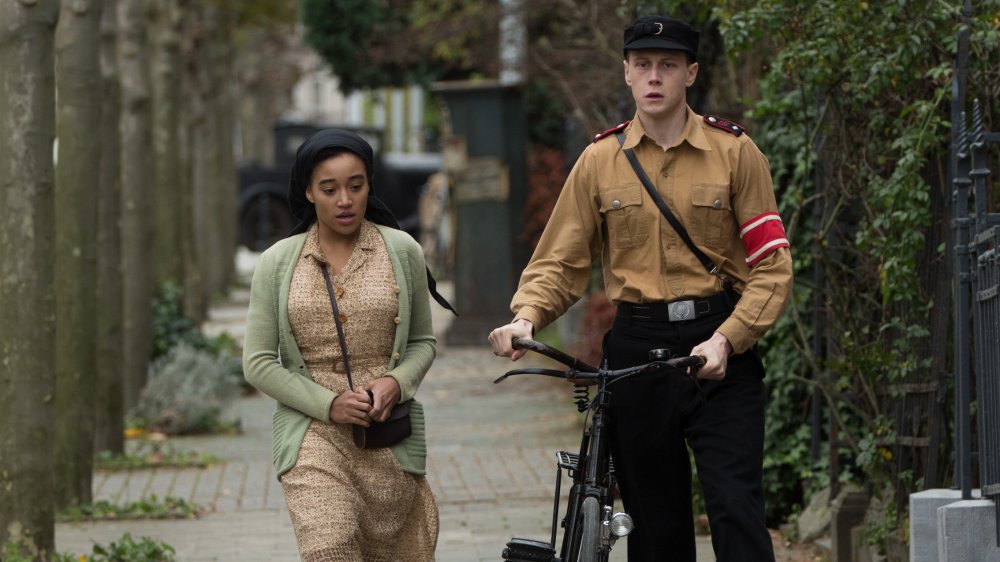 With 2013’s Belle, Amma Asante seemed to embark on a project of exploring unacknowledged episodes in black history in deft, elegant costume dramas. The arc continued with 2016’s A United Kingdom and brings us to Where Hands Touch, her most ambitious film, and already the subject of some early controversy.

This is the story of two catastrophically star-crossed lovers who meet in Berlin in 1944. Lenya (Amandla Stenberg) is a bi-racial German teenager, the daughter of a white Aryan mother (Abbie Cornish) and a Senegalese soldier – they met during the First World War when he was part of the French occupying army. The boy she falls for is Lutz (George MacKay), the son of a Nazi officer (Christopher Eccleston) and an enthusiastic member of the Hitler Youth, itching to be sent to the front to fight.

When stills were released online of the lead couple, the film was accused a priori of romanticising fascism. It’s an unfounded claim: this film lays out not just the enormity of the Holocaust but the insidious mechanics of prejudice. Unlike Asante’s previous features, this film is not based on real events, but invents the love story as an effective dramatic means to examine the experience of so-called ‘Rhineland bastards’ during the war. Still, the sight of a young woman of colour embracing a white man with swastikas on his shirt-sleeves makes for an unusually unnerving romance.

It’s a stilted, chilly affair at first, with both lovers inhibited by the recognition of their differing status, their divergent futures. Although at the film’s outset the Nazis have not begun to round up black Germans as they do the Jews, Lenya must carry papers confirming she has been sterilised, and sign a declaration that she will not engage in ‘racial mixing’. Lutz’s privilege consists not just of being able to walk down the street without fear, but the confidence to bend the rules – Lenya and Lutz dance to his father’s contraband Billie Holiday LP.

Stenberg’s portrayal of Lenya is really remarkable – she’s visibly changed and toughened by trauma, progressing from sweetly patriotic teen to someone far more fatalistic, taciturn and necessarily distrustful. MacKay offers a creditable turn, but can’t always keep pace with the demands of this brutal material.

As the parents, Cornish and Eccleston carry many of the film’s most difficult scenes, and the latter delivers the film’s theme in a single piece of advice to his son. You must, he says, “wear the mask that will help you survive the war”, and thus father and son end up complicit, however reluctantly, in some of the regime’s worst crimes. The colour of Lenya’s skin makes such a mask impossible, but she too makes some unpalatable choices in the name of self-preservation. 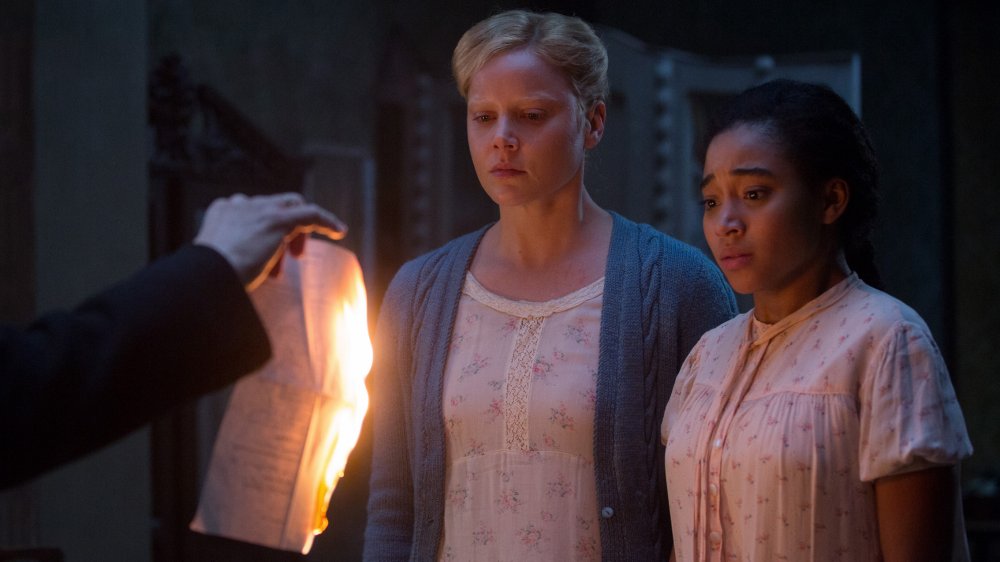 There is a risk, when a film deals with inconceivable horrors, that the drama becomes implausible – and it’s a hazard that nearly trips us Where Hands Touch. Asante’s melodramatic plotting heaps chance upon chance until Lutz and Lenya are placed in a situation that is as improbable, perhaps, as it is untenable. It’s here that the film’s confidence falters, despite the fierceness of Stenberg’s performance in the final scenes.

That said, it’s hard to escape the feeling that it’s not the direction at fault here, but the production values. Asante maintains a firm grasp of her story at all times but the backdrop is occasionally flimsy. Where Hands Touch illuminates a corner of history often overlooked; that shouldn’t mean it has to work twice as hard to convince us of its truth.