New movies from Pablo Larraín and Patricio Guzmán put Chile’s finest out front in an exciting first half of the festival; Jafar Panahi and Weekend’s Andrew Haigh are also on form, but Terrence Malick’s latest struggles with repeated scrutiny.

Take a deep breath because the emergent theme by the fifth day of what has been a strong Berlinale programme was nothing less than our place in the universe. One impressive film in this metaphysical vein begins at an expansive beach in the magic hour with the music of Arvo Pärt playing and a windsurfer skimming in the distance as a man plays with his greyhound on the sand. How typical, you might think, of late-style Terrence Malick. But no, this was Pablo Larraín’s El Club, and his intention was not to open our eyes to the possibility of the sublime but rather to toy with it and expose us to the iniquities of organised religion and indeed Chilean political obfuscation.

The club referred to consists of four ex-priests and Monica (Antonia Zegers), an ex-nun, all of whom live discreetly in an isolated house in a beach town, to an ordered, cosy regime that involves raising money by racing their very fast greyhound. One day a new member is delivered to their door and not long afterwards a stranger, Sandokan (Roberto Farías), arrives outside and begins to barrack the house with loud and obscene descriptions of what was done to him sexually as boy by the new arrival. A tragedy immediately occurs, and so a handsome quasi priest-psychologist is sent to clean up the consequences, but instead the mire gets deeper and stickier, matching the grainy look of the cinematography. 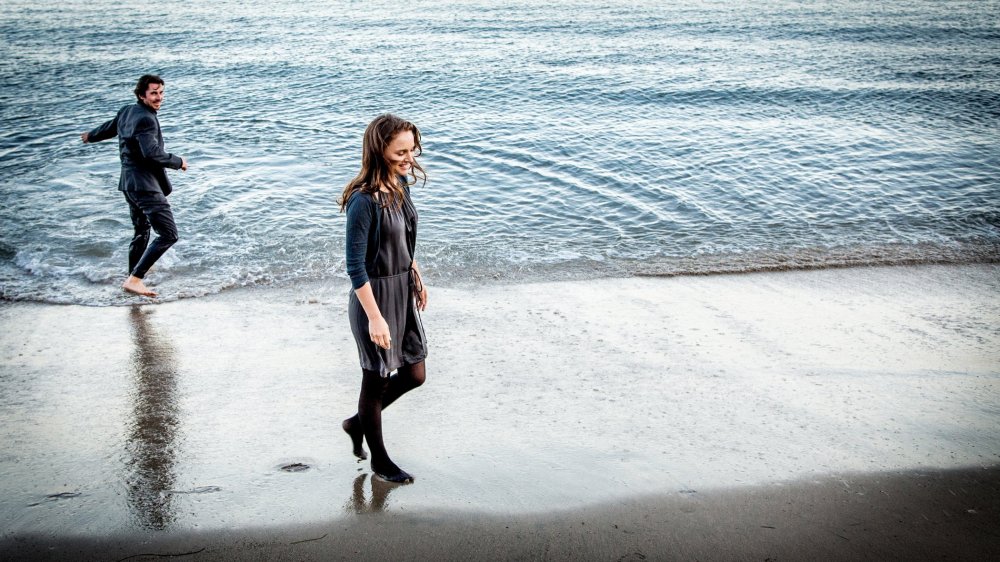 Despite its occasional clumsiness, El Club’s intricate, spiky black comedy was exactly the antidote I needed after viewing Malick’s Knight of Cups for a second time. The film takes the setup of a mythic quest mission where a young prince of “the east” goes west “into Egypt to find a pearl”, but loses his memory of who he is.

Here the prince is a mostly silent Christian Bale, a screenwriter of comedies, and Egypt is Santa Monica, Venice, Downtown Los Angeles and Las Vegas, with occasional relieving ventures into Death Valley, Joshua Tree and other landscapes of isolate beauty. In towns our prince cruises from one devilish party scene to another, in which women are photographed like gorgeous aquatic life of inexplicable splendour, as our prince and chosen consorts (Imogen Poots and Natalie Portman among them) move through chapters of high-life experience benchmarked by chapter headings mostly taken from Tarot cards (The Knight of Cups is one such card).

Since I intend to write in depth soon about Malick’s late style, I’ll restrict my comments here to my own tale of seduction and disenchantment: the first time I saw the film (in London on a smallish screen) I was excited particularly by the onrush of Emmanuel Lubezki’s wide-angle Steadicam images and their exploration of space, which was just enough to gainsay the evident banalities of the whispered voiceover dialogue. At the Berlin viewing (a really big screen), however, these ‘what is life?’ musings seemed to range more unbearably from empty to repetitive to gormless to preachy. Malick, to me, seems to reflect his own character’s lostness in that, at times, his new aesthetic, despite its striving, is unavoidably hollow in effect.

If Larraín showed humans trying to hide our past sins and Malick had us staring at the sky hoping to unburden ourselves of the love we can’t express, in The Pearl Button (El botón de nácar) Larraín’s fellow countryman Patricio Guzmán showed us a winning history of the indigenous seagoing population of the islands of Southern Patagonia, who decorated their bodies with white marks that equate stars with droplets of water, and who believed that when they died they took their place in the heavens. This visual equivalence of water and the stars is one of several that inspires an elegant essay that ties together the horrors of colonialism with those of the Pinochet era and makes great plays of elemental matters in a similar way to Nostalgia for the Light. 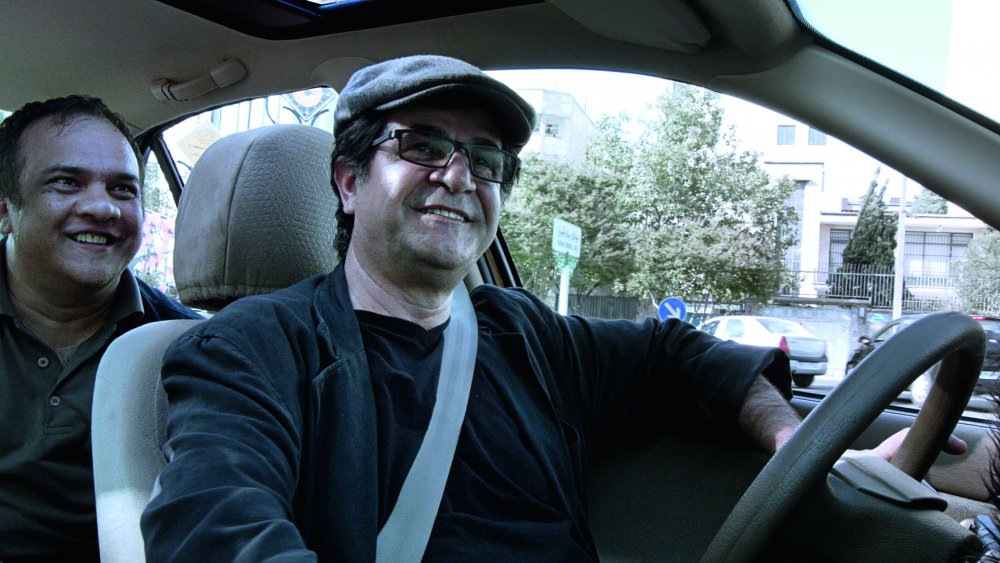 Coming down to earth, I was also won over by the open playfulness of Jafar Panahi’s Taxi, in which the conceit is that Panahi is a taxi driver and his various fares tend to recognise who he is. Inventive, amusing and political conversations duly bubble up as he drives around Tehran, beginning with a row between a petty criminal who thinks thieves of car tyres should be hung and a middle-class woman demanding a more sensitive response.

A drily comical seller of pirated DVDs is next, ride-sharing with two old ladies who want to return goldfish in a bowl to a shrine. When Panahi picks up his whip-smart young niece toting her own movie camera, what seemed at first a gentle tribute to Kiarostami’s 10 reaches near meta-parody levels, but by the end the deft touches of Woody Allen-esque clumsiness and whimsy make this film distinctly Panahi’s own. 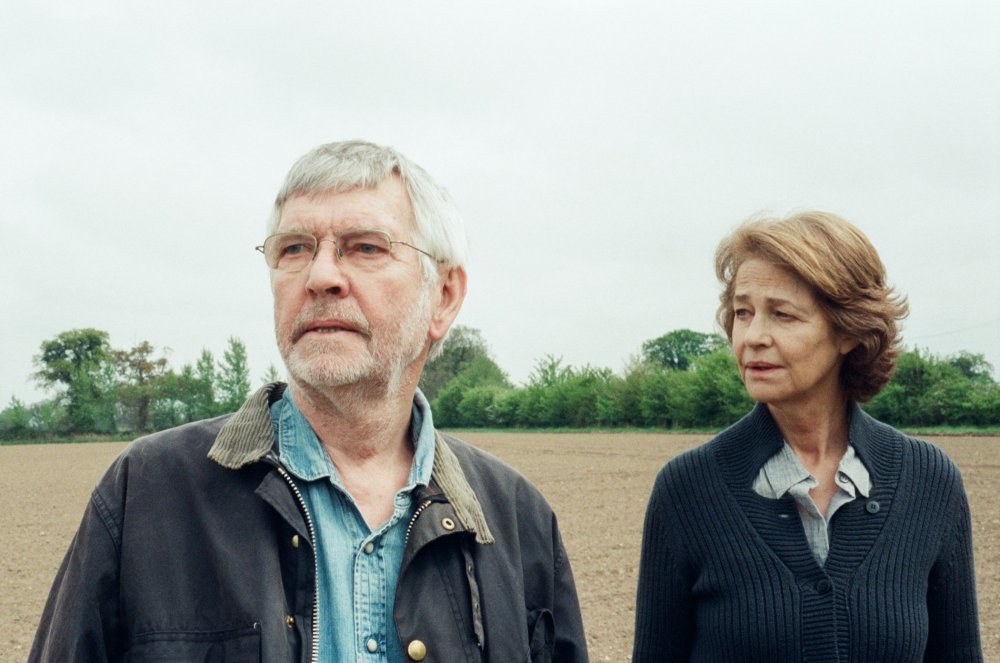 Andrew Haigh’s 45 Years wields a more deadly form of gentility. As retired couple Geoff (Tom Courtenay) and Kate (Charlotte Rampling ) Mercer near their 45th wedding anniversary, Geoff gets an extraordinary letter from Switzerland that opens up an old love wound that matches the heart bypass scar that divides his chest. I won’t reveal what the news is but the outcome sees him musing on his past in a way that makes Kate more sensitive about her own place in his affections. While I did find one or two grace notes in the first 20 minutes rang untrue, the rest of the film is a display of fine acting and quiet observation on a restrained cinematic scale that’s as unshowy, subtle and effective as Haigh’s surprise hit Weekend.

Strongest at the visceral, gripping end of things was the astonishing technical feat that is Sebastian Schipper’s Victoria, a nice-girl-meets-dodgy-gang overnight drama that happens convincingly in real time and was shot seemingly in one take.

Victoria (Laia Costa) is a young middle-class Spanish girl getting smashed in a nightclub who hooks up with a up-for-it bunch of dodgy drunken Berlin boys, led by Sonne (Frederick Lau) but as she gets to know them better we find them all drifting heedlessly towards maximum danger. It’s the kind of story where you have to discount mounting implausibilities and go with the energy and emotion, and if you do the tension becomes almost unendurable.

This was by far the most impressive German film I’ve seen here, outclassing Andreas Dresen’s pitifully clichéd celebratory tale of Leipzig juvenile delinquency As We Were Dreaming. It’s rare that Berlin assembles such a tensile programme of surprises, and we’ve still got 50 Shades of Grey to come.