Sons of Denmark review: a chilling vision of far-right radicalisation

Ulaa Salim’s political drama is handsome, sleek and beautifully acted, but the emotions it evokes are blunt, and its analysis is simplistic when it could be nuanced. 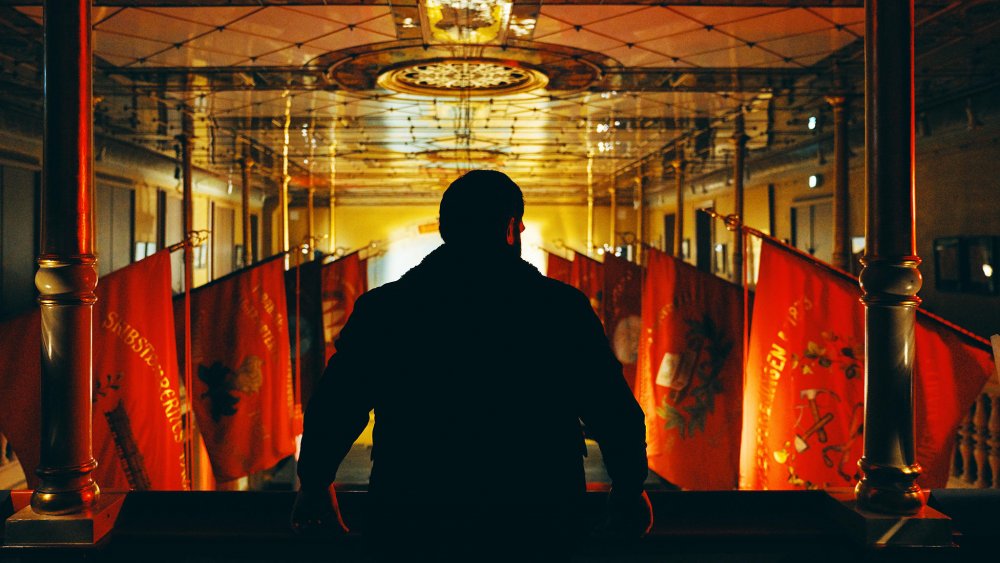 It’s not hard to buy into the central conceit of this handsome political drama, which is that five years or so into the future, a far-right party run by a former neo-Nazi has taken power in a European country, its rise in part enabled by the angry fallout from a bombing attributed to Islamic terrorists. As mainstream Denmark embraces the ‘National Movement’ party and its leader Martin Nordahl (Rasmus Bjerg), the racist thugs with whom he used to associate are emboldened, engaging in a spate of horrific acid attacks. For young men such as Zakaria (Mohammed Ismail Mohammed), the child of an immigrant mother widowed by the Iraq War, radicalisation feels inseparable from dignity and self-defence. No sooner has he entered the dingy home of his neighbour Hassan (Imad Abul-Foul) and listened to the older man’s exhortations to reject “egotism” in favour of brotherhood than he has been tasked with assassinating new prime minister Nordahl.

For a callow neophyte to be given a job of such import is an early credibility leap for a film that makes a few of them. As handsome and sleek in its presentation as it is blunt in the emotions it evokes, Sons of Denmark can feel like a wrestle for dominance between the twisty topical thrills of the series Homeland and the more meditative tendencies of Jacques Audiard’s A Prophet (2009). Both director Ulaa Salim and cinematographer Eddie Klint make their feature debuts here after collaborating on a number of shorts, and display considerable confidence in terms of tone: the visual compositions, often showing characters bathed in shadow or washed by jewel-coloured light, are particularly striking.

But the tendency towards theatricality that sees, for instance, a virtuous mother aglow with white light as she supplies food to her children is also the film’s limitation: its insistence on spelling out very clearly indeed why its young Muslim men are so disenfranchised by the rise of the far right risks overstatement, while police procedure is daubed rather than depicted.

Politics is shown as a males-only endeavour, with Zakaria’s mother (Shirin Habib Shukr), Malik’s wife Mariam (Ozlem Saglanmak) and Nordahl’s wife Silje (Stine Praetorius) all characterised solely in terms of their nurturing and supportive roles in the lives of their much more complex men. Performances are compelling across the board, however; and if both main characters remain enigmatic in terms of their inner feelings, the shift of narrative focus from Zakaria to Malik (Zaki Youssef) is seamlessly achieved, adding texture to the story and emphasising the central theme that febrile political climates have diverse and wide-ranging impacts on individual lives.

This refocusing of our attention also underlines the film’s point about the fickleness of public sympathy, which is forcefully illustrated in a terrific scene of Malik watching Nordahl being cheesily flattered and indulged on a TV show. When Zakaria vanishes from the film’s view, it’s because he’s gone to prison, sacrificed for his cause and more or less forgotten by all but his mother. When Malik moves into the foreground, it’s because his own conscience has awakened, altering his view of what is all around him.

A blinkingly brief closing shot – one of the film’s most subtle and effective narrative cues – suggests the two might have found each other once again in prison, with the conditions for their further radicalisation more fertile than ever.

Related to Sons of Denmark review: a chilling vision of far-right radicalisation