Tom Cullen’s micro-budget altered-timeline drama is perfectly attuned to the emotional vicissitudes of its young protagonists.

► Pink Wall is available to stream on BFI Player and Curzon Home Cinema. 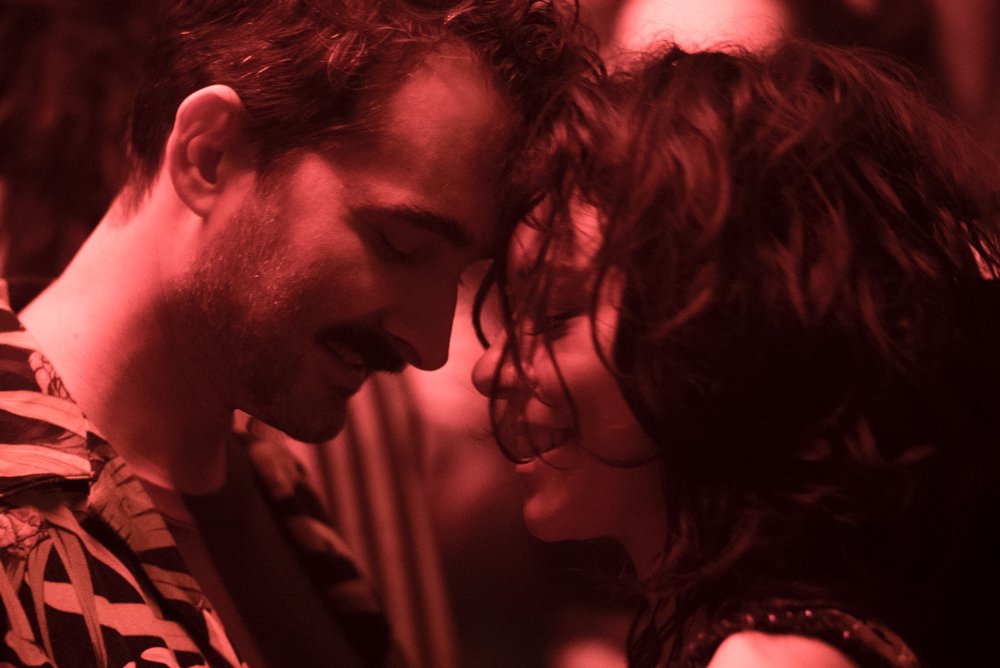 There’s an argument that if you want to make a story seem more interesting than it really is, then chop it up, alter the timeline, and suddenly the reshuffled version takes on more vivacity. On the face of it, this saga of a post-college relationship tracing a familiar trajectory from first-night glow to sixth-year itch would seem to bear this out. However, such a sceptical view underestimates writer-director Tom Cullen’s achievement, which brings together structural agility, an emotionally attuned script and strong improv-friendly performances to deliver an exemplary micro-budget first feature.

Unlike, say, the Harold Pinter-scripted Betrayal (1983) or François Ozon’s 5x2 (2004), which both use a reverse chronology to start with the break-up and then work towards a meet-cute dramatically loaded with foreboding, Cullen begins his story with a scene captioned ‘year four’, as an acrimonious lunch delivers some grating home truths. From there, it’s back to year one to outline how these youngish Americans, played by Tatiana Maslany and Jay Duplass, meet at art college somewhere in Britain and blissfully fall for each other.

Subsequent narrative transitions take us forwards again – eventually to a significant confrontation in year six – while intermittently returning to the earliest section, surveyed for incipient fissures lurking within the embraces of romantic infatuation. It’s more complicated to describe than to watch, since the direction of emotional travel is evident from the start, though Cullen also adds timelinked visual clarification by expanding the screen ratio from 4:3 for early scenes to widescreen later on, illustrating the characters’ gain in big-picture knowledge through accumulated experience.

If all this sounds overdetermined, the dialogue and performances bring a sense of spontaneity. Duplass’s sheer in-the-moment affability brings out what makes him attractive company, yet the camera also picks up moments of self-doubt, as youthful promise remains unfulfilled, rather as it did for the protagonist of Mia Hansen-Løve’s insightful Eden (2014). Maslany’s sour-sweet personality also proves captivating, initially complementary, but possibly ultimately incompatible: through her partner’s encouragement, she discovers her métier as a film producer, yet is then consumed by career ambition that leaves him sidelined. Standout here is a year-two dinner-party scene, where a fellow guest’s bragging about her open relationship with her partner really puts Maslany’s back up, but also effectively points to the issue of sustaining the couple’s initial sexual charge over time, looming larger as initial boudoir intimacy gives way to deep chats on country walks.

Viewers in longer-term relationships will appreciate the precision in Cullen’s writing, which marks a clear career development after his high-profile acting gigs in TV’s Downton Abbey and Andrew Haigh’s Weekend (2011). The gnarly issues of career opportunity, prospective parenthood and the corrosive effects of unequal work status within a relationship are given a worthwhile airing too, in a film that looks slight on the surface but reveals a thought-through depth of experience in the telling. Much promise here.