The first animated feature from Netflix combines groundbreaking technology, a witty premise and some seriously nasty protagonists to create a Christmas story to please your inner Scrooge. 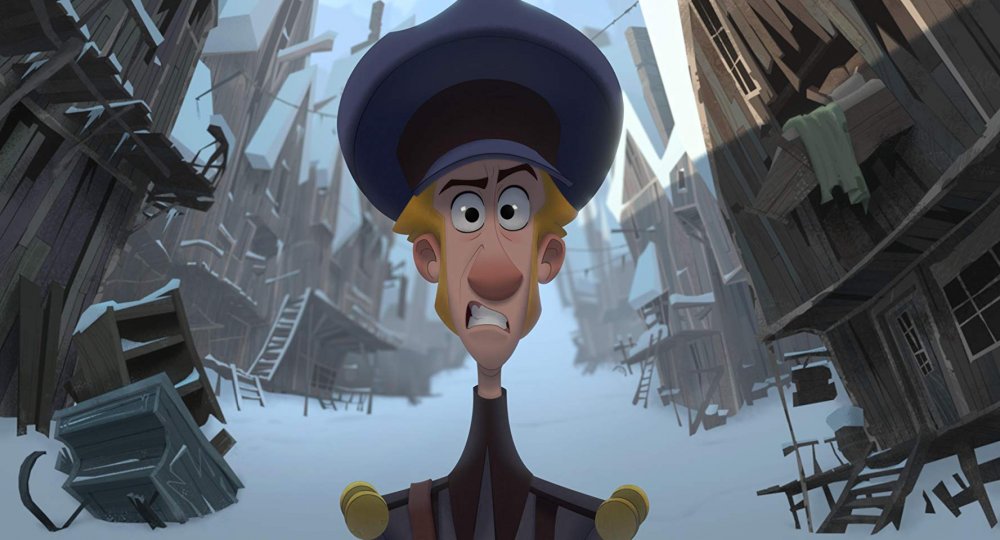 In what is now an annual ritual, animation pundits predict that the market for cookie-cutter CG family films has saturated, only to be proved wrong. But I’ll dare to say it again: the lacklustre performance of big-studio animation (bar Disney’s) this year speaks of audience fatigue with franchises and formulas. So Klaus, which prides itself on breaking the mould, arrives at an opportune time.

Netflix’s first self-produced animated feature is also the first work of hand-drawn animation in years to receive a sizeable budget from a US company. Director Sergio Pablos is known as the co-creator of the Despicable Me franchise, but his 2D credentials stretch back to Disney’s 1990s renaissance, when he was one of the studio’s top artists. That era’s squash-and-stretch animation is channelled here, but Klaus is no mere nostalgia trip: the film harnesses groundbreaking technology to cast complex shading on to its characters. The upshot is that they feel fully integrated into their world, which is similarly lit and textured – a marvellous effect, which works its magic subtly.

That world is Smeerensburg, a gloomy Arctic island populated by warring tribes and hard-bitten depressives. Its newest resident is Jesper (voiced by Jason Schwartzman), the brattish son of the kingdom’s postmaster, who has been banished here on a character-building gap year. The production design, all jagged angles and lugubrious hues, is more Tim Burton than classic Disney, while the pale sun and candlelit interiors give the new lighting tools plenty to do.

Jesper despises the place, but he’s been tasked with setting up a local post office before he can leave. Enter Klaus (J.K. Simmons), a reclusive old man who makes toys; appropriately, the film lingers on the exquisite artisanal craft of his creations. Sensing an opportunity, Jesper manipulates the local children into sending Klaus letters in exchange for presents. His postal service takes off, and in the process, he creates the legend of Santa Claus and inadvertently brings happiness to Smeerensburg.

It’s a playful conceit: a reverse-Grinch narrative in which misanthropy gives birth to Christmas. Klaus celebrates this irony, mining laughs from scenes in which the nasty protagonists unwittingly invent beloved seasonal myths. But boy, are they nasty. The film’s first half is an uninterrupted display of sarcasm, chicanery and bile, as the scheming Jesper clashes with the hostile natives; even the children, who think only of presents, are motivated by greed. Schwartzman’s motormouth delivery quickly grates. For a family film, it’s all a bit off-putting.

Inevitably, the colours turn warm and cynicism melts into sentimentality as Jesper and the locals come to trust each other. Yet the film isn’t too interested in examining how they got there. Self-interest can breed joy – the end justifies the means. As a moral, it’s less jarring than the anti-consumerist posturing of Illumination’s The Grinch (2018) or the warnings about corporate takeovers in Disney’s Dumbo (2019). It’s even fitting. For although Pablos conceived his story years before Netflix came aboard, I couldn’t help but read allegory into it: Klaus the toymaker as the creatively fulfilled content provider, servicing Netflix’s relentless delivery machine. 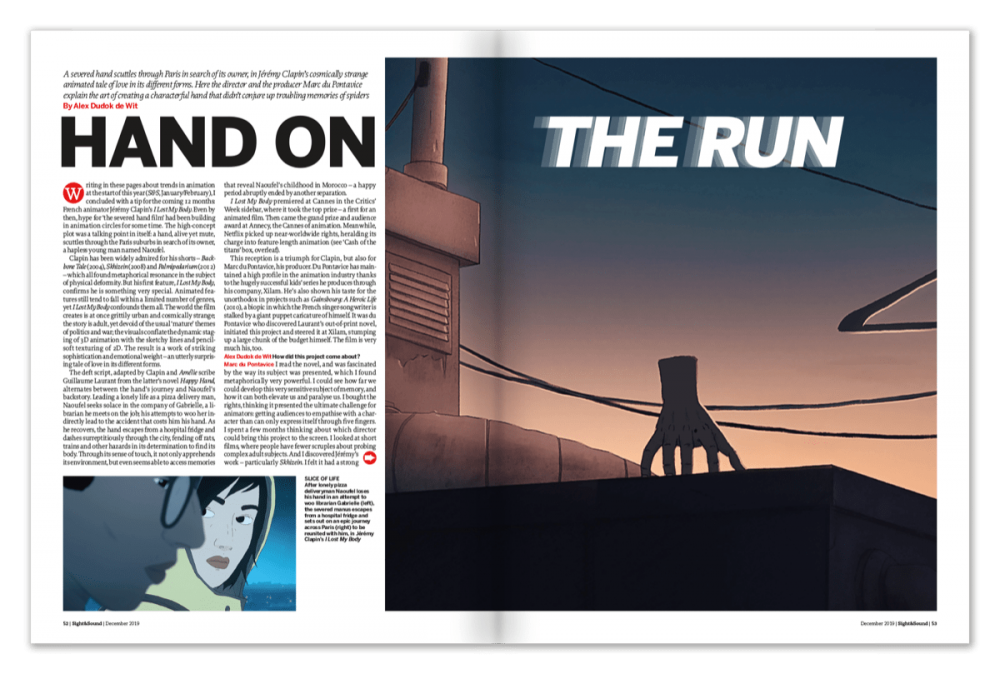 Hand on the run

A severed hand scuttles through Paris in search of its owner, in Jérémy Clapin’s cosmically strange animated tale of love in its different forms. Here the director and the producer Marc du Pontavice explain the art of creating a characterful hand that didn’t conjure up troubling memories of spiders. By Alex Dudok de Wit.

+ Cash of the titans