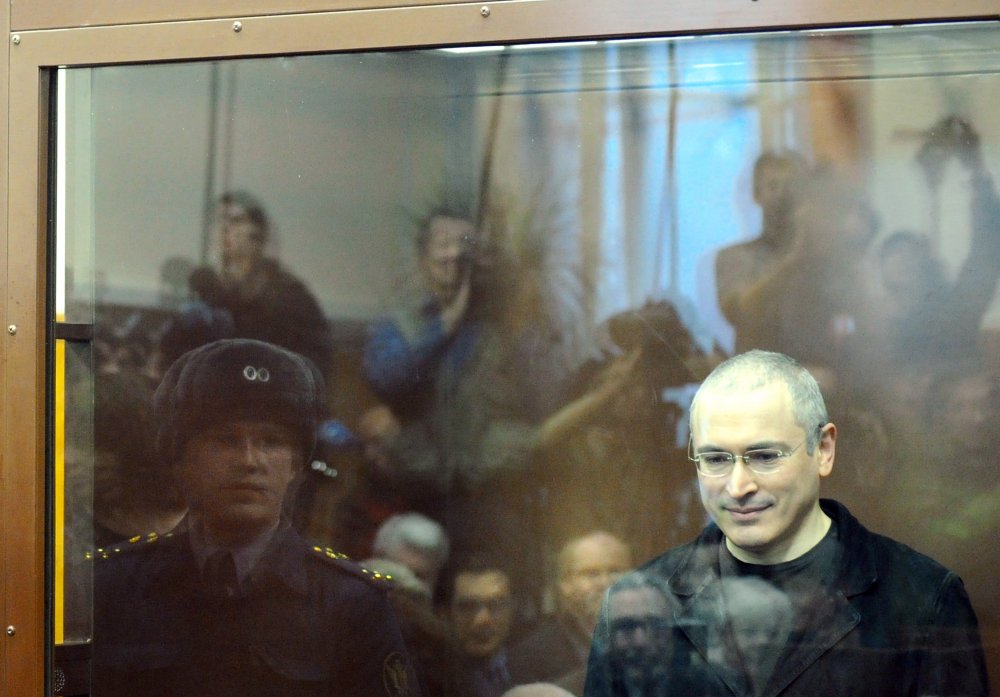 The latest hot-button documentary from the writer-director of Enron: The Smartest Guys in the Room (2005), Taxi to the Dark Side (2007) and Going Clear: Scientology & the Prison of Belief (2015) tracks recent Russian history through the various rises and falls of a compelling enigma, the entrepreneur, former oligarch and now pro-democracy activist Mikhail Khodorkovsky. One of the go-getters who cleaned up during the chaotic transition from Soviet communism to capitalism, including by buying up and investing shares vouchers that were handed out to the populace as ‘free-market boosters’, Khodorkovsky was one of seven individuals who established control over half of Russia’s economy, and with it, redoubtable political influence.

This film, as densely packed with information and incident as the rest of Gibney’s oeuvre, isn’t quite a tale of conversion and redemption: though we see the young Khodorkovsky celebrating greed as shamelessly as Gordon Gekko in Wall Street (1987), he doesn’t appear to regard this early persona as contradictory to his later project to encourage a Russia open to the rest of the world.

As a portrait, the film is strikingly and interestingly ambivalent, never pinning Khodorkovsky down about what his actual principles are, allowing his charisma and articulacy to speak for themselves and letting the audience balance what’s admirable against what’s dubious. He comes across as a mischief-maker and tester of boundaries and assumptions as much as a speculator or ideologue, even appearing to dangle as bait the fact that he has remained alive while so many other foes of Vladimir Putin have been silenced by assassination. Khodorkovsky’s mischief, however, like that of Shakespeare’s fools, is of a very serious kind, based in sharp observation and attuned to the danger of unjust or tragic outcomes.

The centrality of fakery and performance to post-glasnost Russian politics runs throughout this account, from the literal staging of political meetings with the seriously ill Boris Yeltsin in order to buoy up his election chances against communist challenge in 1996, to Khodorkovsky’s experience of his own trial on charges of fraud. “You are actors – you look like a court, but you are not a court,” he says of those who seek to judge him, echoing Alice in Wonderland besieged by a pack of cards.

Sometimes, the fast flow of information here can obscure what’s hard fact and what’s rumour or conjecture, as when we hear that in exchange for power, Putin “promised to forgive Yeltsin for any sins or crimes he may have committed”. But the sheer depth and density of what is discussed here arguably makes some excitable elisions and unstable assertions inevitable; uncertainty is part of the picture.

As Russian interference in foreign elections continues to stir controversy worldwide, this is a darkly fascinating primer on the recent context. Its extraordinary abundance of clever, impassioned and witty talking heads, meanwhile, makes it an oddly hopeful one – particularly in terms of the tribute it pays to those journalists who observe intently, report fearlessly and retain the capacity to change their minds.

Related to Citizen K review: a fascinating portrait of a charismatic former oligarch