Herzog takes tea with the erstwhile Soviet reformist leader, but insights are scanty. 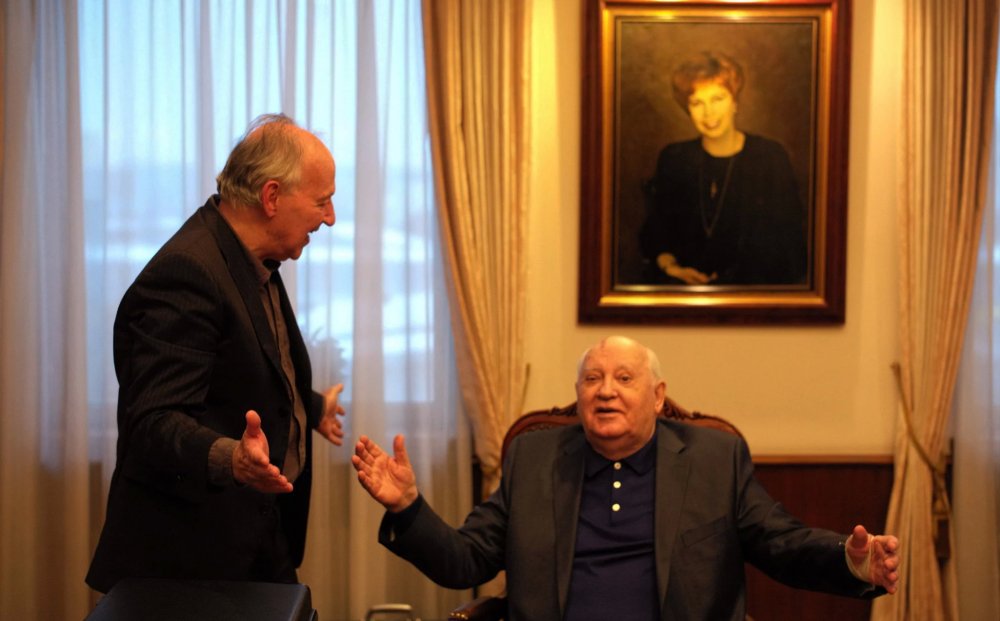 Mikhail Gorbachev is one of the greatest political figures of the 20th century and one of its most tragic: a visionary reformer who dreamed of freeing the Soviet Union from the more debilitating effects of communism but inadvertently led to its destruction.

Since he is now nearing his nineties and ailing, there’s little time left for a filmmaker to engage, probe and get the dirt on Boris Yeltsin (surely the Boris Johnson of his time), some gossip about Thatcher and Reagan or a critical appraisal of Russia under Putin. Unfortunately, Werner Herzog is a fanboy, openly enamoured of his subject, and there’s nothing in this documentary beyond the odd titbit.

The Russian looks pretty good for his age, dapper in suit and buttoned-up shirt. But the speech is slow, the pauses long. The back-and-forth of translation doesn’t help, nor does the interview technique: long comments, including ponderous allusions, followed by a leading question that elicits a brief, usually stock answer.

There’s no denying the significance of the story, though, nor the quality of the archive; and some of the interviewees offer revealing insights, especially Lech Walesa, the Solidarity hero who was elected president of Poland in 1990. “Of course, I and many others knew that communism could not be reformed,” he says. “So we applauded and encouraged him, knowing that once one element was removed, the whole system would collapse.”

What Gorbachev does manage is a dig at his nemesis, which should chill Brexit-era Britons: “People like politicians like Boris Yeltsin. The reckless types.”