The art of reckoning: Alex Gibney on Finding Fela

The director of a new documentary about Nigerian musical and political radical Fela Kuti talks about people and power. 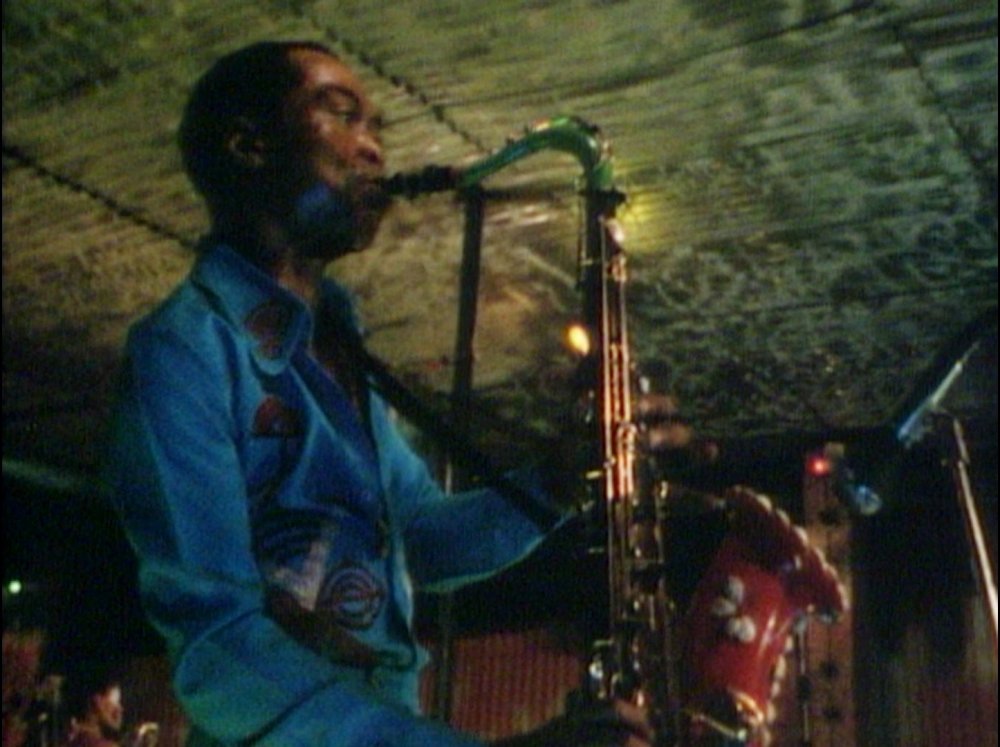 In his new film Finding Fela, prolific documentarian Alex Gibney (Taxi to the Dark Side, The Armstrong Lie) turns his attentions to Fela Kuti, the legendary Nigerian founder of Afrobeat music and political firebrand who died from AIDS-related complications in 1997. Interweaving a fount of valuable archive materials with a broad range of incisive present-day interviews, Gibney peels back the layers of a complex, influential and contradictory figure who was rarely far from controversy, be it founding his own republic in response to a corrupt Nigerian government or marrying 27 women on the same day.

I spoke to Gibney to discuss the film’s roots, the troublesome intersection of music and politics, and the ways in which Fela relates to the charismatic, powerful and flawed men who seem to recur in the director’s filmography.

When did you become a fan of Fela Kuti’s music?

I’d consider myself a big fan now, if not so much before. I knew of his music in the 1970s and 80s, but there were other people I listened to more. It’s better that I come to his music now, anyway.

Running through Fela’s work there’s a political thread which is indivisible from music. You’ve made films with a political bent in the past; that must have been particularly fascinating for you to discover.

Two things were important to me: one was his political awakening when he visited to the United States [Kuti was influenced by Black Power ideology on a visit in 1969]; the second was his determination to push on. He would redouble his efforts to go after, and embarrass, the government of Nigeria. When the government came after him, he was never silenced. 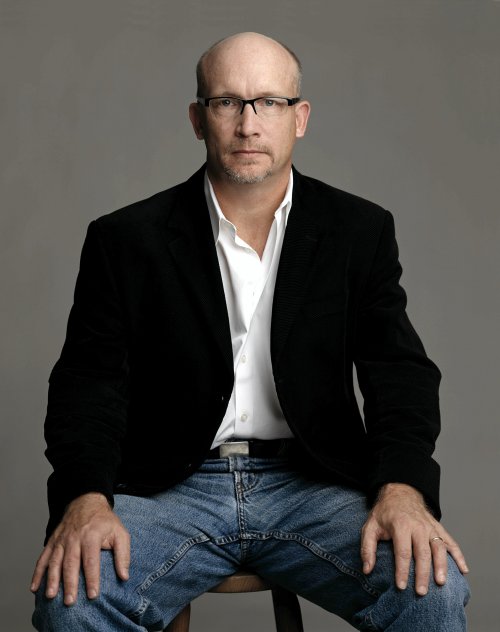 Are you surprised that few musicians since Fela Kuti have melded politics and music to such an extent?

It’s hard to think of others. Bob Marley did, to some extent. Recently it’s been hard to find – the ‘rock’ life is a comfortable life. It’s hard to imagine a rock star today living in a commune that would declare itself an imaginary republic because it was so oppositional to the government, and when the government burns it down, they’d continue to attack. If you do that you’re going to miss time in your hot tub…

The music/politics intersection is often widely derided in our current age. Look at Bono…

I wouldn’t denigrate Bono for trying to make the world a better place. It should be applauded, frankly. And I don’t think apathy is the answer.

Bono’s approach is different to Fela’s. Bono tries to form compromises and play a political role. Fela was more a voice for the voiceless, and he wanted to take it to the government in a way that was angry and open and to embarrass them publicly, because it was clear that they were so deeply corrupt. There was no other way to bring attention to how dirty they were.

I’d seen the short documentary Music is the Weapon (1982) before, but I was struck by how much archive footage of Fela you’d found that was new, or at least new to me. Can you talk about how you came to that?

That was critical to us. Every film I take on that has something to do with the past, you know that there’s a treasure trove of archive material some place – and such was the case with Finding Fela. Music is the Weapon is a great film which teaches us a lesson about how important it is to document something while it’s there. But we also found the outtakes, in a garage in Paris, and that was tremendously helpful to us – stuff that didn’t make the final film, which we lovingly restored and put in.

In Italy, we found incredible footage of Fela’s funeral, which testified more than words can say to how loved he was by the general populace of Nigeria. The way the funeral car had to crawl along back to his resting place – the people demanded a ‘people’s funeral’. These bits and pieces are tremendously important. 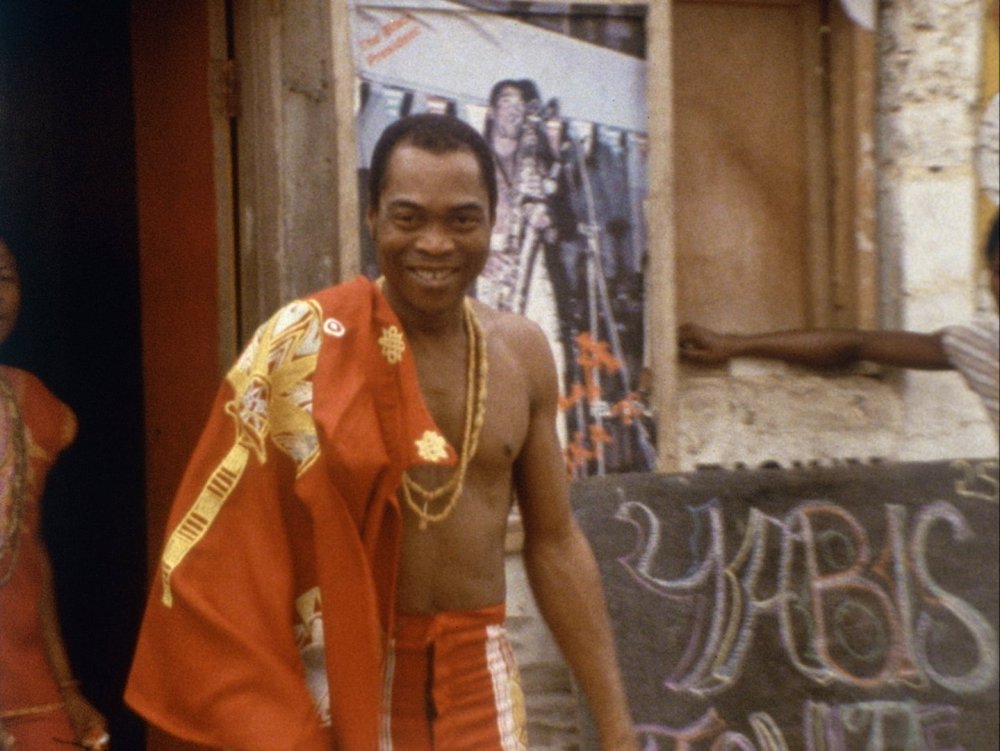 You’re fond of the subject, but the film’s not a hagiography. You leave in some of the less palatable aspects of Fela’s character…

I think you have to honest about people. Fela was a powerful force, but he could also be delusional and cruel. You have to acknowledge these parts of a human being to fully understand them. When Fela’s mother was killed, he became somewhat unhinged and immersed himself deeper and deeper into this African spiritualism. He then encountered this guy, Professor Hindu, a ‘psychic’ [the two men’s relationship is addressed late in the film] who was a complete charlatan as far as everybody could see. But Fela couldn’t see that, because he was so immersed in that world.

Being lost in that world is a dangerous place, when you see yourself as being invincible. You see him saying to camera: “I have death in my pouch. I cannot die.” When he gets AIDS, he says he imagines himself to be shedding skin when the lesions appear. He’s in complete denial despite the fact that his two brothers are at the forefront of HIV education in Africa. Those kinds of delusions can be destructive.

It’s also fair to say, however, that even at the end, Fela’s music was getting better and better, so he had a way of finding in his heart a solution that he couldn’t find as a human being.

You interweave the film with extended scenes of the making of the Broadway show FELA!, choreographed by Bill T. Jones. It adds an extra layer about the complexity and challenges of representing a public figure through art…

The film is called Finding Fela for a reason, and that’s the thread of both pieces. I realised that someone had been on that same journey before me, and that was Bill T. Jones, who was trying to reckon with this man – not tell a false story, but reckon with him in a way that could be presented as artfully, hopefully, as Fela presented his music. There’s an aspect of the movie that is about art-making, and what you have to go through in terms of reckoning with your subject and coming out the other side with some kind of larger understanding.

In just the last couple of years, you’ve made Mea Maxima Culpa, The Armstrong Lie, We Steal Secrets and now Finding Fela. Do you ever find unexpected connections between films that might help inform the angles you pursue? It’s perhaps a stretch to find a link between, say, Finding Fela and The Armstrong Lie, but your films often do seem to focus on male figures who’ve attracted controversy…

I think that’s fair. Critics will see the patterns better than I will – but it’s clear that I’m interested in the issue of power, and abuses of power. In particular the psychological space of famous, charismatic men who sometimes do great things and sometimes become deluded about their own mission or importance in a way that can be terribly destructive. 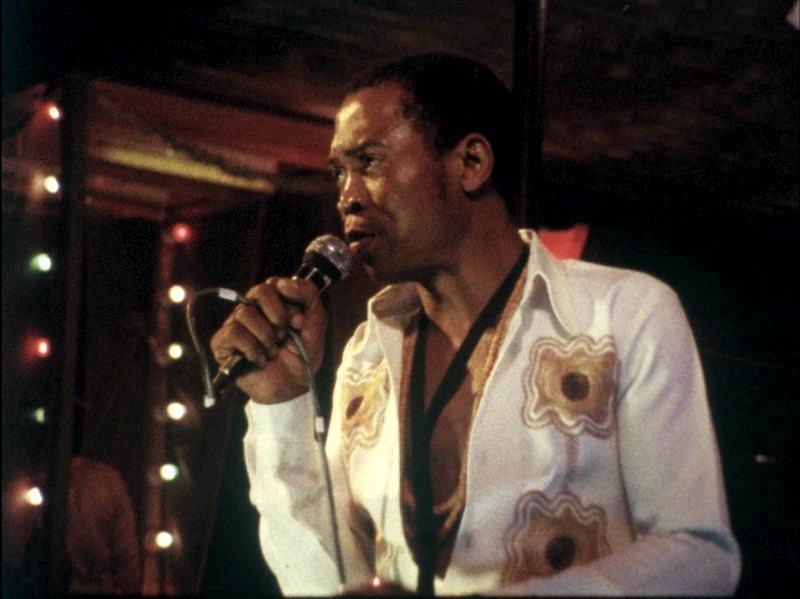 When it comes to artists, I’m interested in artists who are messy, who really try to dig deep and come up with an art that can reckon with the world. I spent a lot of time on Ken Kesey’s bus trip [for Magic Trip, 2011], and I looked at Hunter S. Thompson, who had a very terrible end and was beset by demons, as was Fela Kuti. But at their best, they could do something powerful and transcendent. They were also very charismatic people: in some cases that led them astray. They became consumed by their own mythos; the ability to see themselves with any kind of perspective is lost.

I wanted to talk about the remarkable speed and prolificness with which you make films – and the diversity of subject matter. Do you compartmentalise when you’re working, or do you tend to work on projects at the same time?

Different projects at the same time. The only thing I’d quibble with what you said is ‘speed’. I don’t really make films that quickly, but I do sometimes take on two or even three projects at once, and they will be in different stages of completion, over a period of time. Sometimes I’ll put them aside, and pick them up again when there’s new information. Such was the case with The Armstrong Lie, which took me about four or five years to complete. Fela took around two and a half, Mea Maxima Culpa one and a half, maybe two years.

By taking on a number of projects, it affords me the ability to let the films have their own rhythm. Sometimes, particularly with the investigative films, it’ll allow me to take the time to find the right people to talk to, or find the right bit of evidence that can be terribly important in telling the story, rather than just settling and moving on because you have a deadline.

What project are you working on now?

I’ve just finished a film about James Brown, which came through Mick Jagger, who offered me the opportunity to do it. It’s funny that it’s coming after the Fela Kuti film, because you can see how, organically, it could follow that. Brown played a very important, influential role, at a certain time, in Fela’s music. That’ll come out this fall, I think. And I’m working on some investigative films, which I’m reluctant to discuss now, as we’re trying to get people to talk.

It’s a curious quirk of fate that you’ve worked on two documentaries on musical subjects which have concurrent fictionalised biopics either being released (in the case of the James Brown film, Get on Up) or in the works (the long-gestating, as yet unmade Fela Kuti bio). The last I heard, Andrew Dosunmu, the director of the new film Mother of George, was attached to the Fela film…

Yes, I know that James Schamus was involved in the Fela biopic, and Chiwetel Ejiofor has been tentatively tapped to play him.

I can’t let you go without asking you about the recent Sight & Sound Documentary Poll – the winner was Man with a Movie Camera. I know it’s a terrible question, but what is your favourite documentary of all time?

It is a terrible question! I love Vertov’s film, but it wouldn’t be my number one. It would perhaps be Night and Fog, by Alain Resnais.