Film of the week: Finding Fela

from our September 2014 issue 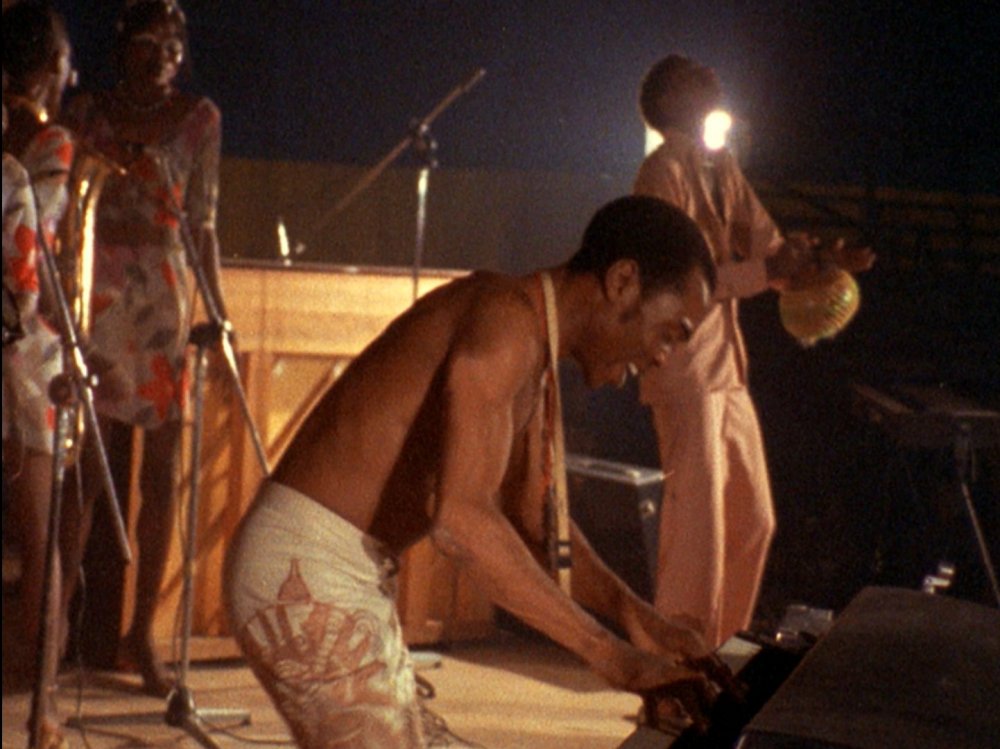 “The question they would always ask me was, ‘Which three minutes do we put on the radio?’” says Rikki Stein, former manager of Nigerian musician and bandleader Fela Kuti.

Stein admits that he never had an answer to this recurring question from record companies, who could see in Fela the potential to be a global star on the level of Bob Marley. And how do you extract three representative minutes from music like Fela’s, with its tracks that build and build, gathering momentum with every added layer of percussion, horns, guitar, vocal chants, rejecting the neat verse-chorus pop package to extend to 20, 30, even 40 minutes?

It’s a dilemma faced too by director Alex Gibney in Finding Fela – how to convey a full sense of the hypnotic, endless flow of Fela’s music while also having to tell his life story. Of course it catches too the obvious dilemma of any biographical form: what to leave out. In the case of Fela Anikulapo Kuti, there is simply so much to put in.

Born in 1938, Fela grew up as part of the Nigerian elite: his mother was a pioneer in women’s education, and playwright Wole Soyinka was a cousin. Sent to London to study medicine in 1958, Fela instead opted for music. He coined the term ‘Afrobeat’ in 1967, but it wasn’t until a 1969 trip to the US that he found a style worthy of the name.

Radicalised musically by the explosive intensity of James Brown and politically by the Afrocentric polemic of the Black Panthers and Malcolm X, Fela returned to Lagos and reinvented his group, grafting the sharper edges and pugilistic drive of American funk and R&B on to traditional African polyrhythms. But he also reinvented himself, ditching lyrics about soup for starkly direct attacks on government corruption. He became a musical idol and, through tracks such as ‘Zombie’, a demagogue, outlaw and self-styled people’s president. At his Lagos club, the Shrine, his performances spun into improvised political sermons. Paul McCartney witnessed his band the Afrika ’70 at the Shrine at this period and describes them here as possibly the most electrifying live act in the world. 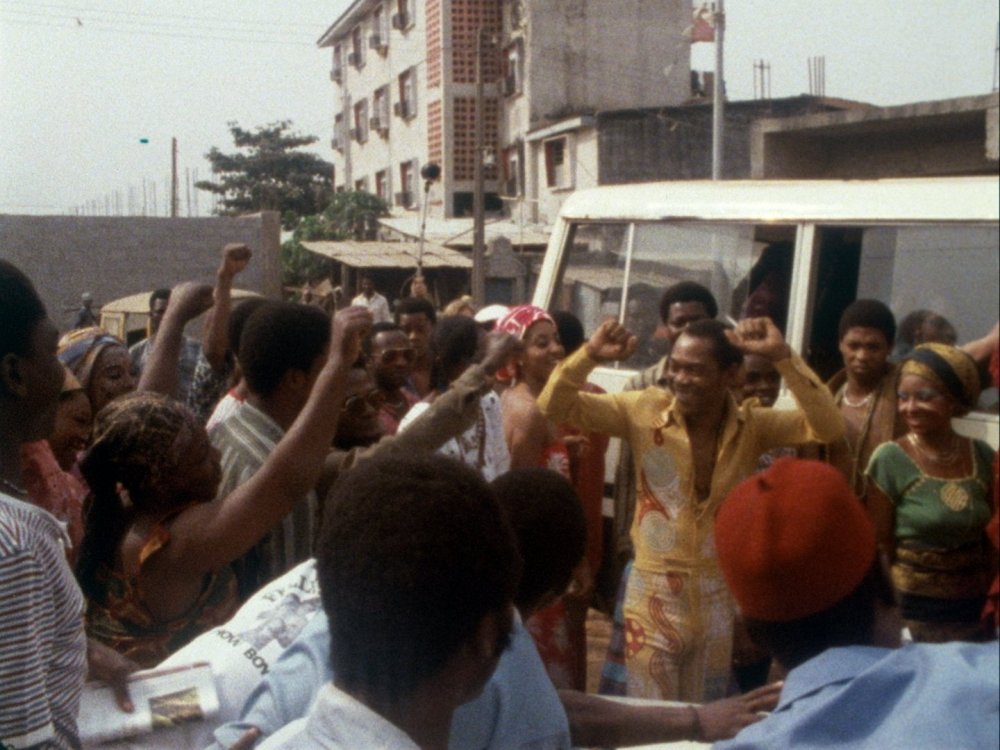 The heart of Gibney’s film portrays the extraordinary micro-society in Fela’s Lagos compound, the ‘Kalakuta Republic’, which he ran like a state unto itself, and where his 27 wives bickered over conjugal access and assorted children mingled with band members and hangers-on. It was this compound that the Nigerian army raided in 1977, seriously injuring Fela and also his mother, who was thrown from a window and died shortly afterwards from complications. Fela simply fought on.

Gibney marshals all this material impressively. Previous films such as 2005’s Enron: The Smartest Guys in the Room have shown his ability to sift and retell complex narratives. Here he can call on remarkable footage of Fela and the Afrika ’70 in concert in Berlin in 1978, as well as newly discovered outtakes from previous Fela Kuti documentary Music Is the Weapon. The backyard agitprop visions of Fela’s cover artist Lemi Ghariokwu and the recollections of Fela’s sons Femi and Seun are neatly woven together with contributions from friends, fellow musicians and others. The cool, considered insights of scholar Michael Veal are particularly acute, noting the influence on Fela’s vocal lines of his religious schooling, and also debunking wherever necessary (he dismisses Fela’s claims that his 27 bigamous marriages were ‘traditional’ with cool efficiency).

Finding Fela fully earns its two-hour running time, and could easily have sustained more, such is the wealth of material and music, and such is the brisk momentum maintained by Gibney and editor Lindy Jankura. Gibney is careful never to sanctify or sanitise his subject: Fela’s gross chauvinism and absence as a father are recorded.

His death from an Aids-related illness is also discussed – whereas choreographer Bill T. Jones controversially excluded mention of this from his Broadway musical biography Fela!. Jones argues, with authority as an HIV-positive artist himself, that a diagnosis should not define an artist’s life. Yet Fela’s Aids denial, and his insistence that he only ever had ‘healthy’ sex, had terrible consequences beyond his own person, with a number of his wives becoming infected. 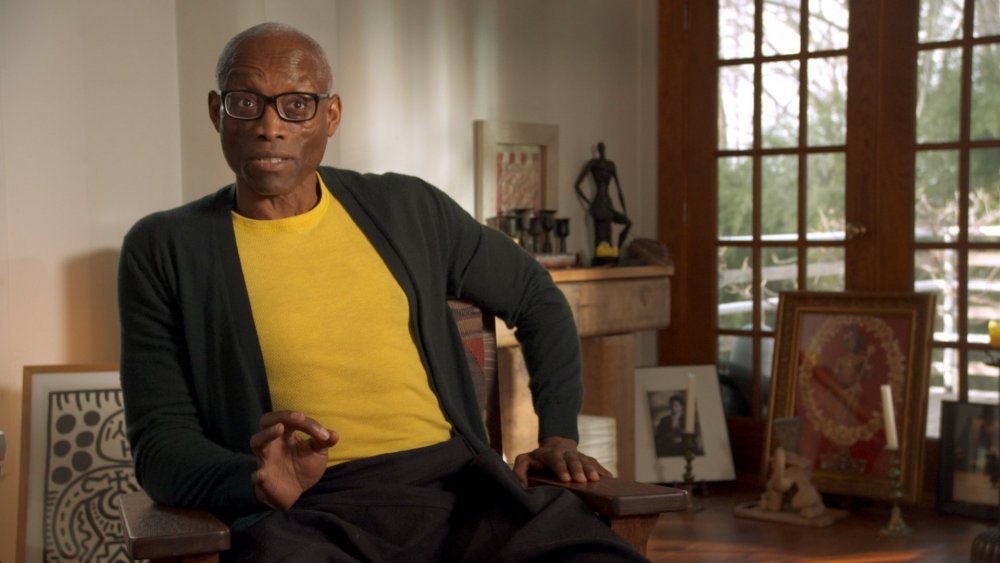 Jones is a fascinating interviewee but unfortunately it’s the scenes from his production that feel the most expendable here. Finding Fela was originally planned as a document of Fela!’s short ‘homecoming’ run in Lagos, only expanding to become a biographical piece as Gibney’s research turned up more and more unseen archival footage. The film is at pains to point up parallels between its own investigation of Fela’s personality and the explorations of his character caught in scenes of Jones developing the stage show. Yet whenever the action moved from biography to Broadway, whether on stage or behind the scenes, I found I was marking time until the film’s true subject reappeared: every frame of Fela! after all is a frame less of Fela.

From a shocking early newsreel shot of a corpse in a ditch, what recurs throughout Gibney’s film is the human body: bodies moved by music, bodies moving on stage, Fela’s moves multiplied and echoed by his group and dancers, thousands crowding a stadium to catch a glimpse of Fela’s body lying in state. But also the body resisting state oppression – Fela’s lean welterweight physique is frequently on display, and in one disturbing scene he gives an interviewer a quick tour of the scars left on him by police and the military: a kind of rap sheet for an authoritarian state’s violence written on his own frame. It’s hard to think of a contemporary artist who has put their body on the line for their music and beliefs in quite the same way as Fela Anikulapo Kuti.

Related to Film of the week: Finding Fela