The art of decolonising: postcolonial cinema at AV Festival 2014

Brushfire skirmishes with the sins of the past, and the different attitudes that underpin them. 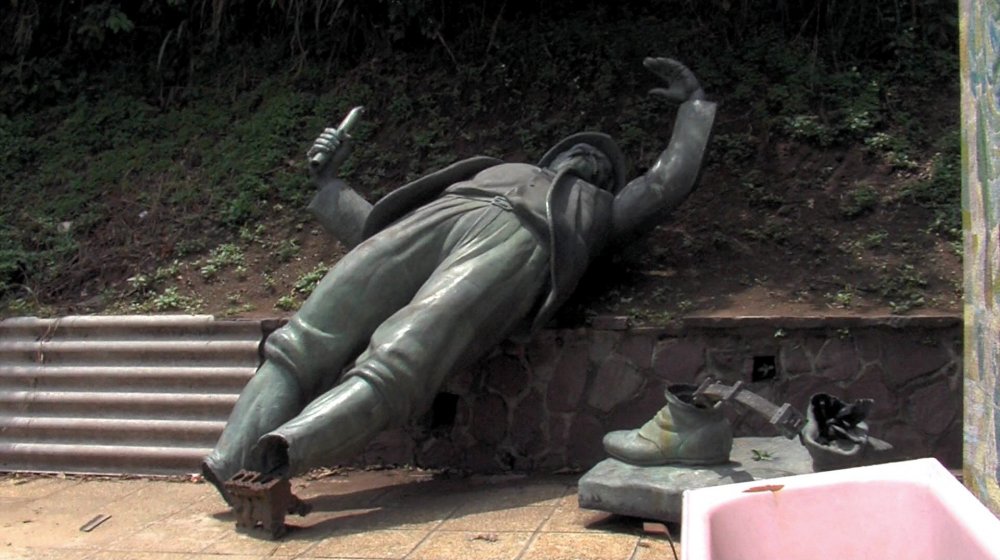 During the Q&A that followed the first screening of AV Festival 14’s Postcolonial Cinema Weekend, festival director Rebecca Shatwell explicitly stated that the event was not intended to provide a united political stance on issues of post-colonialism, but was rather a showcase of varying artistic strategies towards it.

Talk of ‘strategies’ is indebted, perhaps, to gallery-plaque rhetoric, and Postcolonial Cinema Weekend was merely the centrepiece of Northeast England’s ongoing, month-long biennial festival of art, music and film. But ‘strategies’ was a fitting choice of word in the end, connoting as it does military action – and here was a programme of films all about the annexation of peoples by militarist means.

Now that this is a post-colonial world we’re apparently living in, though, how do we frame our (and it does indeed seem to be ‘our’) past? Judging by the films exhibited over the weekend in Newcastle’s Star and Shadow Cinema, we do so by means of distortion: here were works that sensationalised, sexualised, allegorised, caricaturised, satirised, fetishised and stylised. Varying artistic strategies abound, then – as do wildly varying results.

It’s as if a less lateral treatment of post-colonialism is to be taken as somehow inherently disingenuous. As Gabriel Abrantes suggested when discussing his and Daniel Schmidt’s Palácios de Pena (2011), some kind of conscious subscription to bad taste might be a filmmaker’s only means of sincerity. Put another way, ‘politically correct’ films are to be regarded with deep suspicion, because they skirt over the entrenched prejudices simmering beneath. 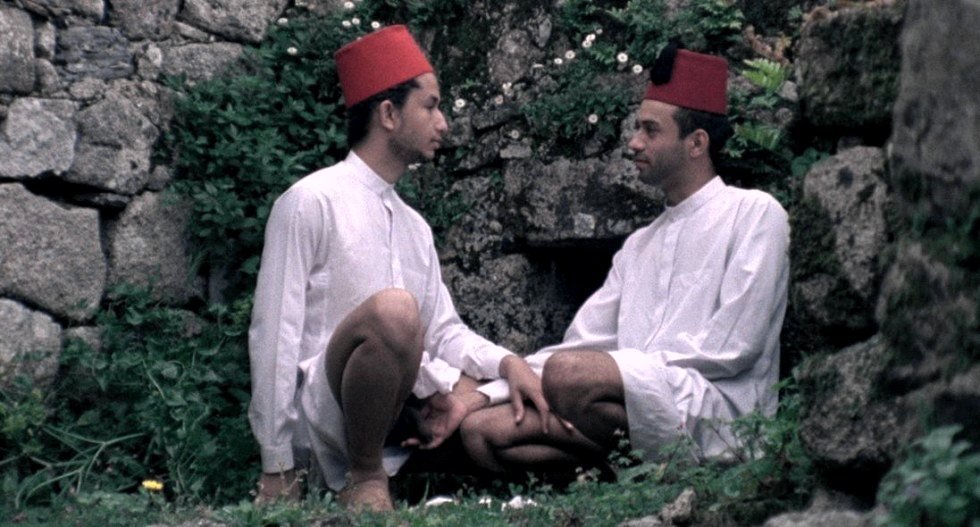 To such overwhelmingly white-bread sensibilities, of course, one is tempted to respond: speak for yourself. Indeed, a phrase heard on a number of occasions during post-screening discussions was ‘original sin’, and in Abrantes’s work in particular there seems to be an irony-laden cynicism whose kitschy provocations are akin to shooting crabs in a barrel.

Paul Gilroy once used that last phrase when writing on Michael Haneke’s Caché (2005), a film whose central allegory reduced the very conscious imperialism of the French-Algerian War to a supposedly analogous act of selfishness on the part of an unthinking six-year-old boy. To hell with whoever said being determines consciousness: colonialism and subjugation are apparently human nature. Suffice to say, this is an ideological cul-de-sac that no amount of pretty images can save – and Abrantes has pretty images to burn.

Perhaps the most straightforward work shown was that of Yervant Gianikian and Angela Ricci Lucchi – both of whom appeared for post-screening discussions via Skype, their physical presence an impossibility thanks to Ricci Lucchi suffering an eleventh-hour injury. As evidenced at AV by films like Images of the East: Barbaric Tourism (2001), Pays Barbare (2013) and two episodes of their mid-2000s ‘Electric Fragments’ series, the Italian duo specialises in the temporal and imagistic manipulation of archive material. 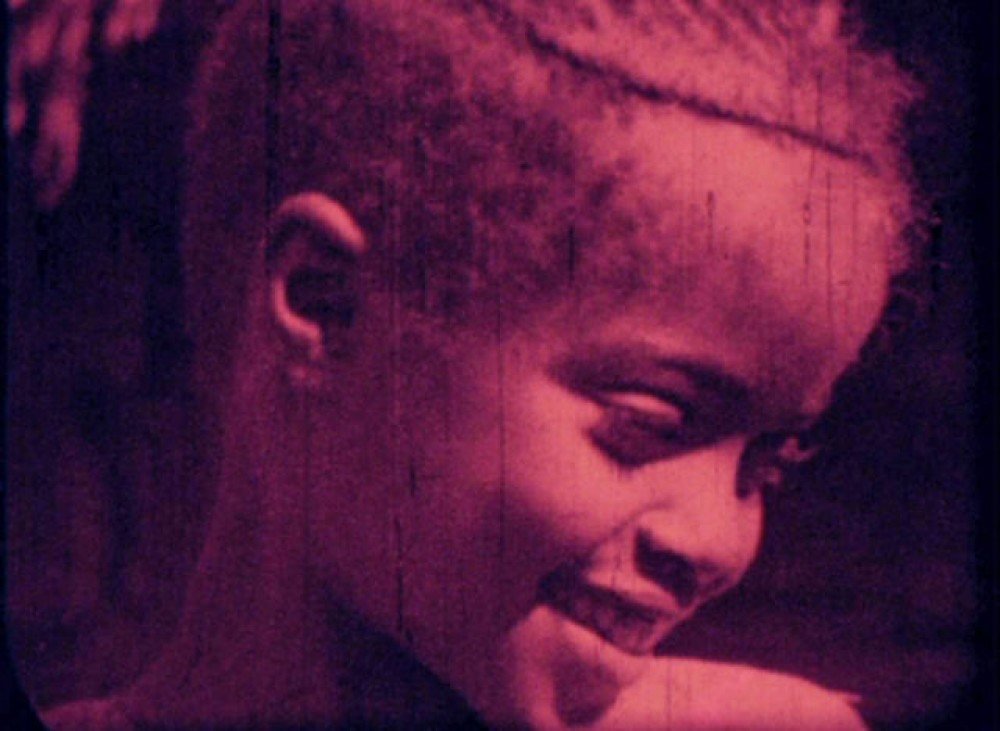 More notable than the seemingly arbitrary colourisation and negativisation of these films’ source imagery is the degree to which Gianikian and Ricci Lucchi slow it down. The slow motion imbues an eerie, ethereal quality upon such images, while simultaneously causing them to last longer than feels natural.

Whether captured by amateur tourists or as part of Edda Mussolini’s cruise trip to India, these images contain by their very nature a pastness, though the extent to which the filmmakers linger on (and loop) certain quotidian gestures therein seems to deny them finality. Indeed, in these melancholic found-footage tone-poems, history is not so much ongoing as it is actively dragged along into the present.

If Gianikian and Ricci Lucchi’s work speaks for itself, then Duncan Campbell’s line of attack is much busier. His latest mid-length work, It For Others (2013), actively responds to and expands upon Chris Marker and Alain Resnais’s 1953 short Statues Also Die (which preceded Campbell’s film on 35mm). A treatise on the appropriation and commercialisation of non-Western art, It For Others bears the markings of its own production – the intentions and thought processes behind it, its mistakes, its shortcomings and so on. 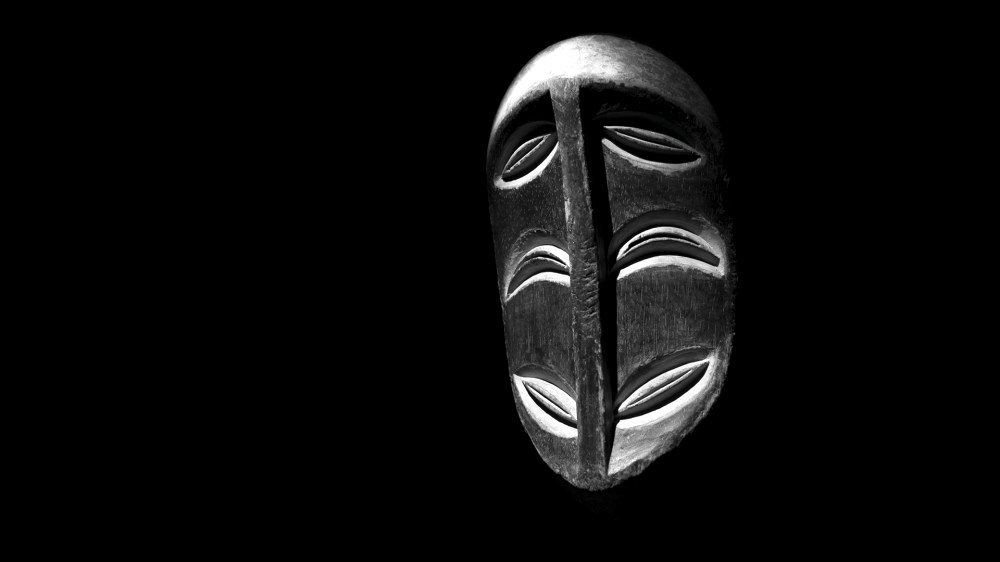 Most tellingly, the film reveals the measures taken by the British Museum – home to the many African objects and artefacts originally seen in the earlier work – to prevent Campbell from filming there (as a result, we infer, of the institution’s scepticism regarding the filmmaker’s explicitly anti-colonialist intentions).

Echoing the Marker-Resnais work, It For Others argues early on that the shift from colonialism to post-colonialism is defined by the replacement of a foreign oppressor with a new domestic ruling class – a result, perhaps, of the nationalist (or internationally isolated) grounds upon which the oppressed country’s revolution took place to begin with.

Another defining moment in this shift, so the film remarks, is that in which “the historian becomes the state’s trustee.” Here, It For Others chimed with Belgian filmmaker Sven Augustijnen’s Spectres (2011), a vérité documentary on Jacques Brassinne, a retired high-ranking Belgian official who has dedicated much of his life to exonerating his government of all involvement in the 1961 assassination of Congolese independence leader Patrice Lumumba. (Brassinne was one of the top Belgian advisors present in the Congo at the time.) 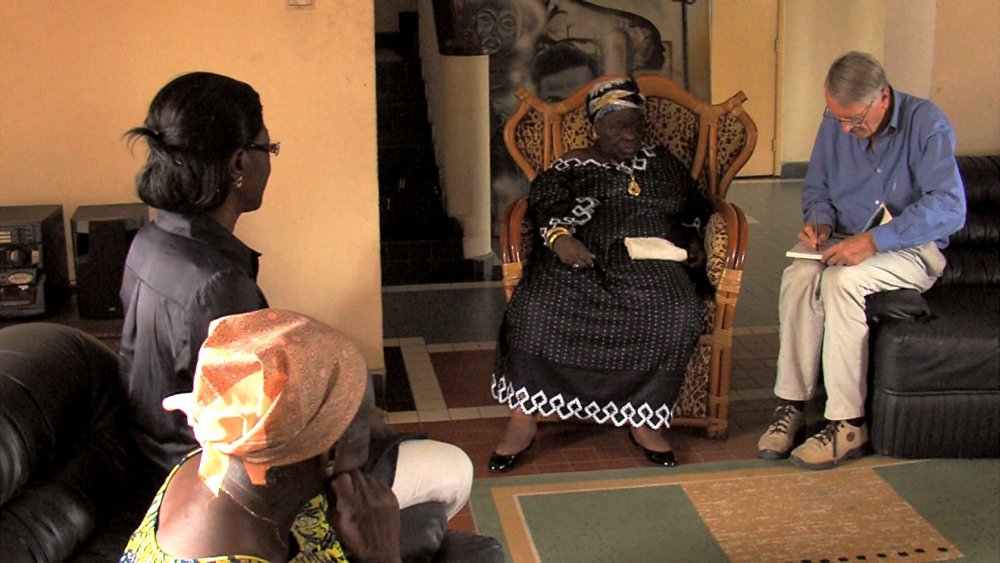 Spectres was the most complex and fascinating work that screened during Postcolonial Cinema Weekend. Predating (and recalling) Joshua Oppenheimer’s The Act of Killing, Augustijnen’s work was met with some suspicion by the AV audience, some of whom voiced concerns that the palpable proximity between filmmaker and subject made the former unquestionably complicit.

The trust gained by Augustijnen from Brassinne, however, is vital to proceedings. It lures Brassinne into a comfort zone in which his own bumbling (and troublesomely blatant) racism needs no assistance in being exposed. Necessarily limited to an unspoken commentary, Augustijnen does well to include enough moments to evoke the ongoing consequences of Brassinne’s apologia-cum-amnesia – such as that in which the camera lingers on the sad face of one of Lumumba’s sons as he watches the Belgian depart with brazen joviality from his home.

Another unspoken argument in Spectres is that, when it comes to really interrogating colonialism and its consequences, notions of national culpability are insufficient, precisely because they are inclined to treat a nation’s upper echelons and a nation’s lower echelons as synonymous and analogous. Cut the crap, then, and target the top: if history is determined by the selective memory of its victors, perhaps the most effective strategy is to give these scoundrels centre stage for long enough that their lies and disingenuousness come shining through in spades.