Hollywood didn’t get to grips with the Vietnam War until years after the event. In our rolling-news age, Kathryn Bigelow’s Zero Dark Thirty arrives only 18 months after the bin Laden kill mission it depicts. But is such haste at the expense of perspective? 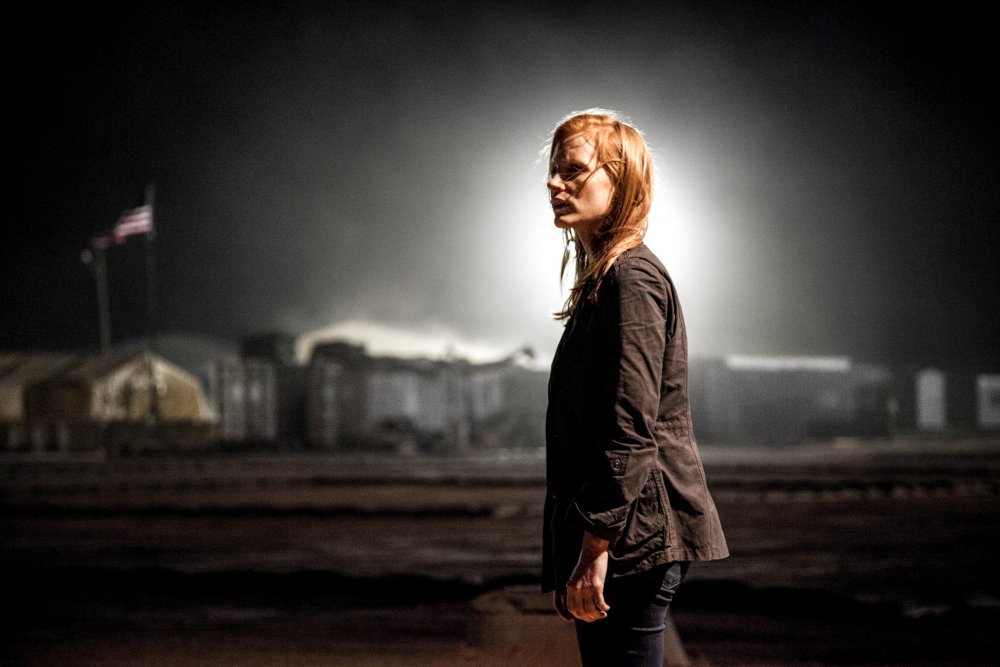 With Kathryn Bigelow’s cold-blooded Zero Dark Thirty, we may have the deﬁnitive 21st-century Asymmetrical War Film. Researched, written, shot, edited and released just 18 months after the events it graphically depicts, the movie affects a globe-hopping, hand-held immediacy in tracing, over a full decade, the trajectory of torture, fact-ﬁnding, manhunting and eventual mobilisation that results in Osama bin Laden’s chestful of bullets. As a film story it is both scrupulously factual (most of the time) and at moments an alienated teen’s gun fantasy, and therein reveals a kind of all-American sociopathy usually hidden by action-movie hubris and relegated to game-equipped suburban basements.

What it might reveal about the Obama Era is a question we can only continue to formulate – just as, arguably, the purpose of this particular story and the manner in which it may best be told could have used a few years of incubation. But in the US ambivalence (or George W. Bush’s dreaded “nuance”) is for pussies, and by mid-December Bigelow’s was already the most heavily awarded film of 2012, having netted Best Film nods from eight critics’ associations, including the New York Film Critics Circle and the National Board of Review. Film critics, as a rule, take whatever opportunities they can to not appear to be pussies, which may be the only pertinent boot on the ground in this movie’s seemingly unstoppable march toward the ultimate cultural self-congratulation, the Oscars.

If Obama harboured dark-night-of-the-soul doubts about the May 2011 raid that killed bin Laden, and might regard Bigelow’s film the same way now, we can also imagine that Bush II is envious of both, particularly since half of the narrative’s waterboarding warfare and tough-guy intelligence acquisition happened on his watch. Bigelow’s film was controversial before anyone had even seen it, largely due to its screenplay’s explicit suggestion, apparently ﬁctional, that detainee torture resulted in the investigative lead that in the end led the CIA to bin Laden’s house in Abbottabad.

In contrast, the election-year charges that the Obama White House provided the production team (including writer/producer Mark Boal) with classified information are triﬂing and erroneous; even so, as WikiLeaks has demonstrated, high-security classification had long become in the US a perpetual-motion bureaucratic glacier of superfluous secrecy. But falsely maintaining, in 2012, that the widely condemned detainee programme, at Guantanamo Bay and various black sites around the world, was one of the pivotal actions that allowed the 9/11 era to find some kind of ostensible closure, with the point-blank assassination of an elderly diabetic, isn’t merely a rebuke to Obama, who’s stood squarely against the use of torture since his days in the Senate; it’s a sanctification of American violence. 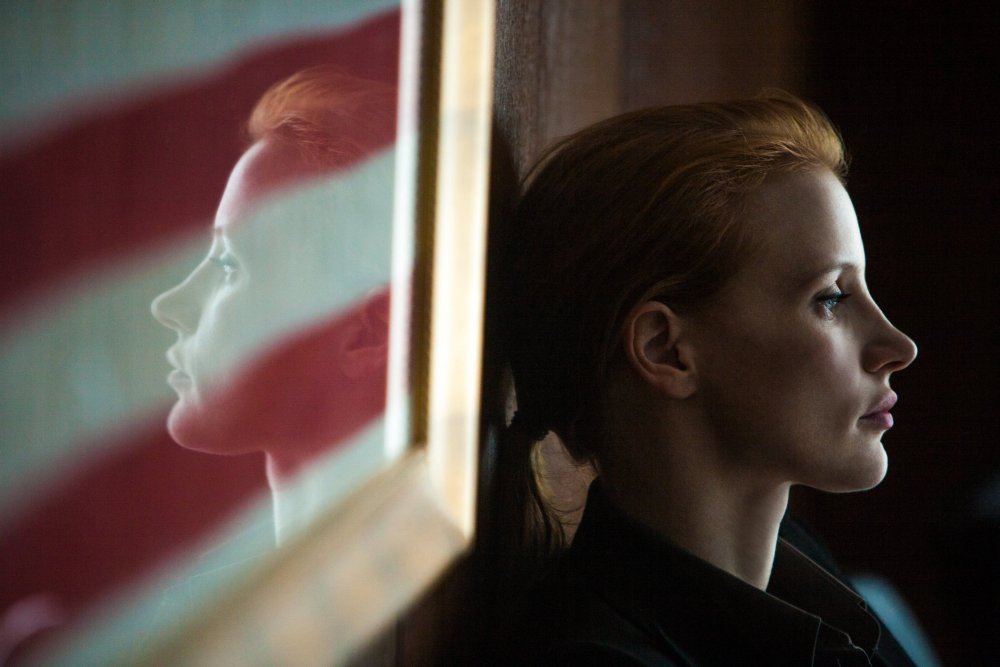 Not that we don’t live in an era troubled, in the spaces between each other and in our deepest recesses, by the personal violence unleashed in the last 12 years – a point Bigelow is eager to make. The only context her film makes for the search for bin Laden, in ten years of history, is the litany of terrorist attacks perpetrated and attempted by al-Qaeda in London, New York, Saudi Arabia and Islamabad. The Iraq and Afghanistan Wars are mentioned only in passing, and never seen.

The nature of ‘asymmetry’ – its civilian mask, its secret organisation, its use of suicide, its irrational M.O. – haunts us like few other principles these past years, and it’s a paradigm cinema has been hard-pressed to deal with cogently. The methodology is diabolically destabilising to a modern culture predicated on comfort, convenience and entertainment, of course, but there’s also the essential ambiguity of the conflicts that poisons their fighting – at least for the West. Only Europe’s colonial wars and the protracted disaster of Vietnam are as morally compromised as the post-9/11 combats; and the movie evocations of those earlier conflicts, unrolling years after the fighting was over, were able to locate vast reserves of irony and doubt and even self-lacerating absurdity.

War films in general have required a little distance and acclimatisation – a cool-down period. The films made during World War II can largely be excused as propaganda, and it took until the mid-1950s, with From Here to Eternity (1953) and Robert Aldrich’s definitive Attack! (1956), for American ﬁlm to express the sense of trauma and unhappy cost that any authentic pop characterisation of war must command.

The Korean War (excepting only Samuel Fuller’s The Steel Helmet, released in 1951, less than four months after American troops crossed the 38th parallel) took almost four years to be crafted into drama, message and regret, starting with Anthony Mann’s Men in War (1957). The Vietnam War, as we well know, was relentlessly televised, and yet, putting aside a few pungent docs and one risible agitprop orgasm (John Wayne’s The Green Berets, 1968), three full years had to pass after the last airlift before the bandages came off and America permitted itself to begin to finger the scabs and scars.

Speculate on the reasons though we may, the cultural pause allowed for some shadow to fall between the event and its simulation, between ‘the Real’ and how we choose to re-imagine it as the recreated past. Today – in the epoch of in-your-face, anywhere-anytime conflict, the post-9/11 ‘forever war’ world, which may never completely cease – no such breathing room exists. The Asymmetrical War Film, debuting with the thousands of hours of 9/11 news footage starting at 9 a.m. EST that morning, has boiled and rampaged simultaneously alongside ‘the Real’, replacing it in predictable Baudrillardian fashion, in the form of docs, ‘embedded news’, Hollywood home-front weepies, TV series, videogames, infantryman blogcasts, government propaganda, cell-phone reporting and of course the YouTube War – the infinitely episoded, ‘non-professional’ war epic shot by the soldiers and jihadists themselves, and posted online either as raw cam footage or in post-MTV montages. (The difference in tone has been revealing: the jihadist videos, like the infamous ‘Dirty Kuffar’, are righteous, exultant and rich in historical statistics, while the occupying troops’ films have been goofy, time-killing gags, almost completely lacking in conviction.) 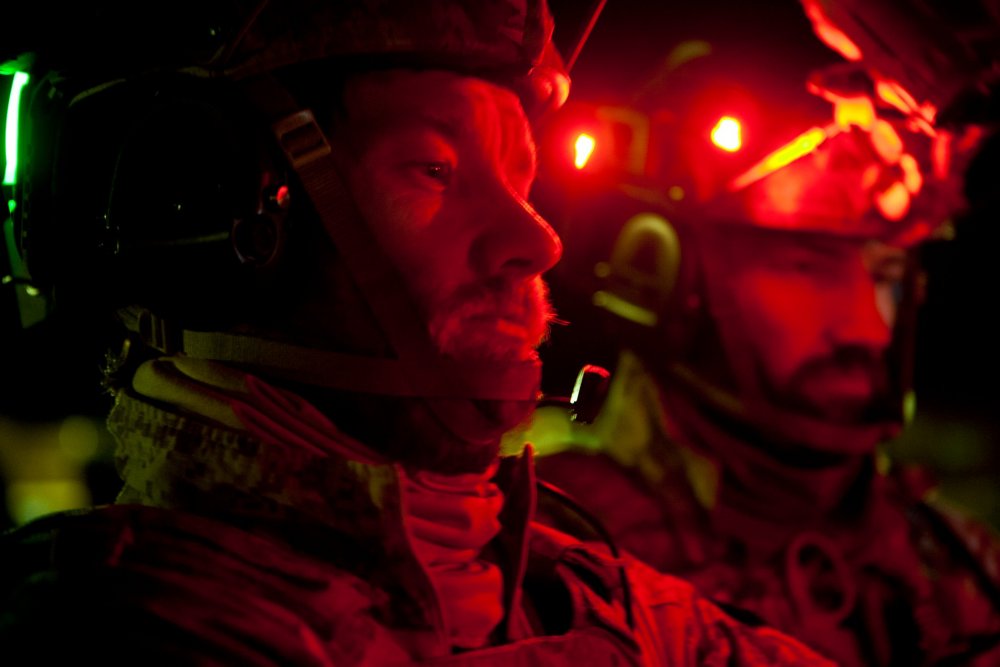 Let loose the dog-films of war, in a first in the history of communications: a full-on address in the new virtual agora of a war, not five years after it is finished sending home body parts, but continuously, endlessly, during its maelstrom. Certainly, Bigelow’s film feels like some kind of culmination of this dynamic, coming so close on the heels of its inciting bit of authentic bloodshed that it will inevitably become how we all perceive the event itself. The movie’s bullet-headed single-mindedness ensures it; the textural ambivalence and perspective and characterising vision we get in all memorable ﬁlms about war and espionage are absent, leaving only the procession of facts (and unmarked prevarications), from the harrowing 9/11 emergency phonecall recordings to the final body shots.

This may be a hallmark of the Asymmetrical War Film – a procedural soullessness, a forward-motion, get-it-done determination. And indeed – for all its scenes in conference rooms and its agent protagonist Maya (Jessica Chastain), who never wields a gun – Zero Dark Thirty sometimes has the feel of a first-person-shooter videogame, a new edition of Call of Duty.

Games like CoD maintain a pop-cultural supremacy at the moment that dwarfs any film franchise, and yet there is virtually nothing to them besides run-and-gun, find-and-shoot. The narrative of CoD (especially in its predominantly popular multiplayer mode) contains nothing that cannot be resolved by a headshot.

Bigelow’s movie follows the same philosophy – for two-and-a-half hours, and ten years of diegetic time, the only objective is to find and exterminate. It’s not going too far, succumbing too readily to a pervasive modern anxiety, to see this simplistic homicidal function as fuelling so much of American life, from the Iraqi invasion itself to America’s preponderance of public mass-murder shootings, all of it confronting the complex dilemmas in contemporary living with the brute force of a fully loaded assault rifle.

But surely the gift of good war ﬁlms, hot or cold, is the humane erasure of the cold equations of jingoistic bloodlust and Manichean militarism. Bigelow had always before seemed open to other possibilities. However much The Hurt Locker (2008) was a remake of Top Gun transposed onto Iraq, while garnering a plethora of awards for being the tough-skinned, up-to-the-minute Asymmetrical War Film everyone apparently thought we were waiting for, the movie still percolated with doubt and contrived pathos and collateral damage. Its array of narrative threads and mysteries is the ﬁlm’s salvation.

The glint of steel

Always a muscular, sharpshooting actionista in a brawny man’s movie world, Bigelow may never actually make another movie as pitiless as Zero Dark Thirty, but what’s more fascinating is how she has evolved, in nearly the blink of an eye, into the dead-serious, intellectually respectable doyenne of the new war ﬁlm, as genuinely hardboiled as the muscle-bound soldiers in her films. Not long ago, and ever since her career sputtered to life with the dreamy, Anger-ish biker flick The Loveless (1981), Bigelow was a grande dame of new genre; her signature films – Near Dark (1987), Blue Steel (1989), Point Break (1991) and Strange Days (1995) – are feverishly made, self-consciously meta-macho and infectiously flashy. Point Break in particular has attracted cult status, brimming as it is with satirical corn and an acute sense of designed gorgeousness. 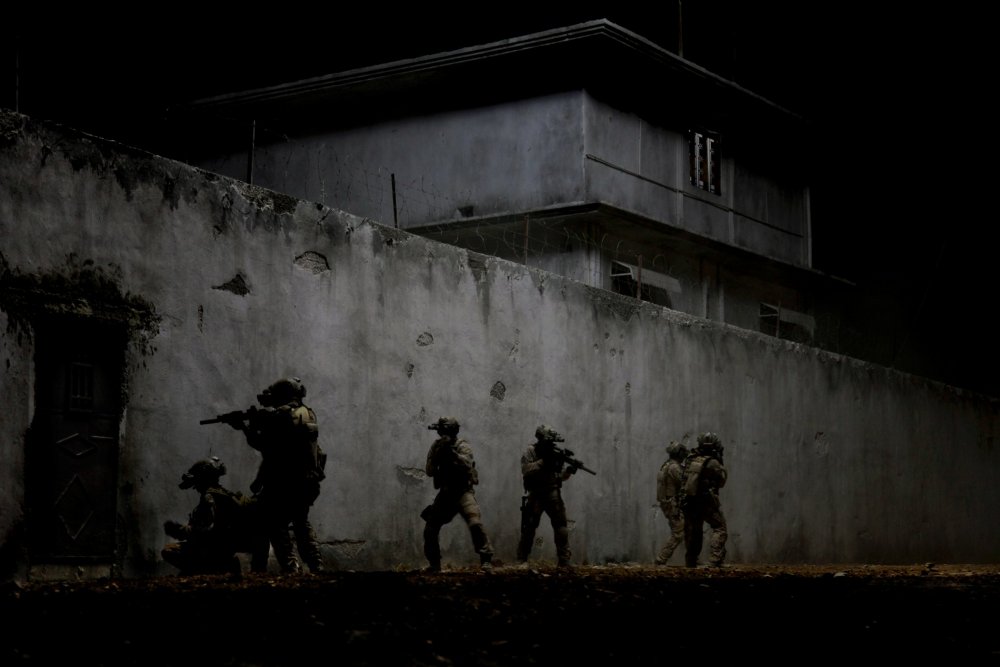 In the dark: the attack on Bin Laden’s compound.

Her early films represented the sort of stylistic intensity that rises and falls in popularity quickly, and the new century saw her profile in decline – until embedded-journalist Mark Boal’s screenplay for The Hurt Locker and a low budget ($15 million) gave her the chance for a trimmer, steelier, less bullshitty sensibility makeover. Now, just two movies and a stack of awards later, she’s practically institutionalised as the era’s Hemingway or James Jones, the anointed chronicler of postmodern wartime.

But the queen of the Asymmetrical War Film has never been to war – a circumstance that enables her to make a claim that no one of Hemingway’s or Fuller’s experience would ever make: that Zero Dark Thirty is “apolitical”. It’s what a CoD player might say, if pressed to account for the endless replays of gory combat that ﬁll his day. Let’s leave aside the issue of the ginned-up torture-means-ﬁnding-bin Laden thread; since when is narrowing down a global manhunt and assassination to its pure procedural facts not political?

No one would argue that bin Laden should have been spared the full brunt of the violence he helped to initiate, but it’s not too much to ask – and has never been, since the days of The Birth of a Nation – for cinema to mediate our deadliest deeds and darkest history, when it dares to turn war into narrative spectacle. And one primal step in that process is taking responsibility for the political meaning of your own images.

Also in the February 2013 issue of Sight & Sound 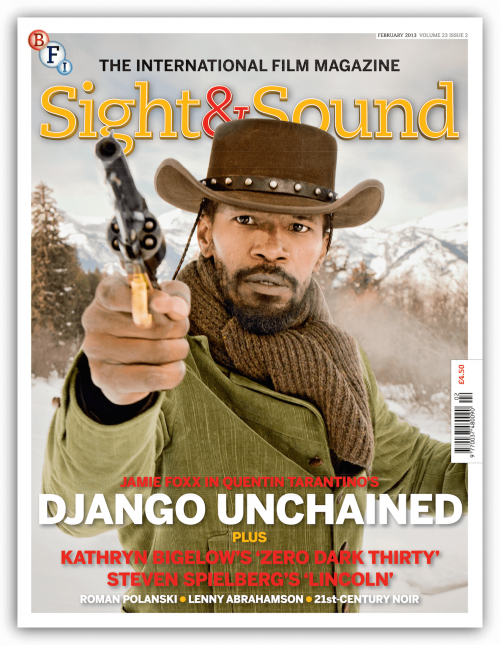 Our editor Nick James on the controversy around Zero Dark Thirty, and contending with your own writers.