Worlds of sound: KanZeOn and We Don’t Care About Music Anyway… 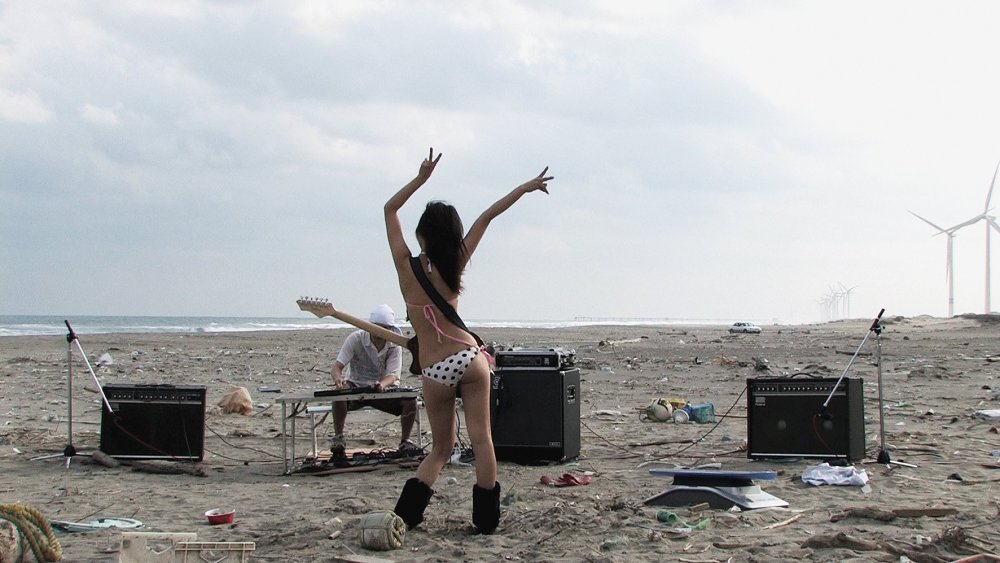 In We Don’t Care About Music Anyway…, musicians on the sonic and literal margins of Tokyo scavenge junkyards for sounds, dissect vinyl and videogames, and push instruments and their bodies to the limit as they attempt to express the signal jam of their urban soundscape. It seems a long way from the lush island of Kyushu, where the musicians of KanZeOn practice centuries-old religious and artistic disciplines (with some turntablism thrown in) against a backdrop of wooded hills and moss-covered shrines.

However, there are fascinating commonalities between the two films, both showing at Zipangu Fest, which go beyond an essentialist idea of ‘Japanese’ sound, whatever that might be. In one film, the artists come from improvisational and electronic music traditions, in the other, from a devotional background. These seemingly very different worlds aren’t so dissimilar in their opposition to more conventional ideas of performance, authorship, even what it means to ‘be’ a musician. There is a sense in both camps that music is somehow out of your hands; in these films, this is suggested by a focus on the environments and places that inspire sound, from the deconstructed cello noise of Hirochi Sakamoto in We Don’t Care… to Noh master IItomi Akahiro’s ancient songs in KanZeOn. Unusually for music documentaries, narrative and anecdote are set aside in favour of exploring musical ideas and process.

Perhaps this makes We Don’t Care… rather hard going for some: there is very little explanation of who the film’s subjects are, and the only background information is that which they offer during some informal discussion, which mostly focuses on how and why they make music. Some sense of how, say, older experimentalist Otomo Yoshihide has influenced the younger members of the cast, or how charismatic performance artist Fuyugi Yamakawa developed his blend of sound art, throat-singing and extreme metal might have been interesting, as might something about the ‘scene’ that brought them all together. But maybe we’ve seen too many myth-making music films about scenes – this club, that label, and so on. 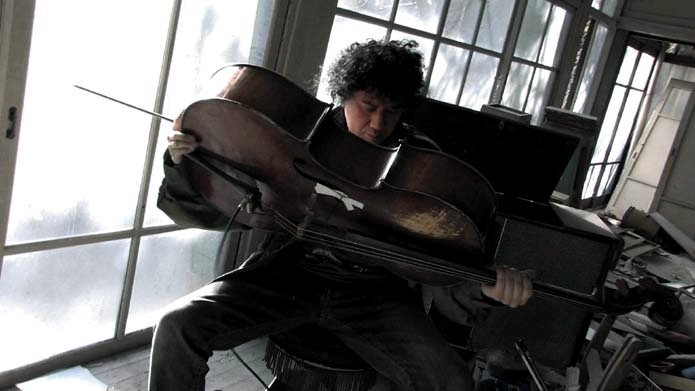 Instead, the performance pieces staged by French filmmakers Cédric Dupire and Gaspard Kuentz, which cast the musicians adrift in the city’s detritus, lend the often very abstract music a pleasantly dreamlike narrative. Hirochi Sakamoto is filmed in an abandoned building, dragging the spike of his cello down the resonant corridors and sitting down to play it among discarded office equipment; Yoshihide ‘discovers’ a turntable and customised guitar in a scrapyard where, in the background, a giant claw is crushing a Coca-Cola machine. More conventional gigs are filmed in an intimate, responsive style that recalls another recent French-made and Tokyo-based documentary, Vincent Moon’s portrait of outsider folk artist Kazuki Tomokawa, La Faute de Fleurs.

Place and memory are central to these musicians’ practice. Sakamoto speaks of the city like an ecologist mourning a dying rainforest: soon, he says, there will be “nothing to marvel at”… Tokyo’s buildings “won’t be here forever”. And a similar engagement with surroundings informs the musicians of KanZeOn, especially young Buddhist priest and hip-hop DJ / beatboxer Tatsumi Akinobu, whose beats are inspired by the birdsong around his remote temple.

There’s also sho virtuoso Fujii Eri, who speaks beautifully of her symbiotic relationship with the traditional instrument, a kind of bamboo mouth-organ, but also with an entire world of sound that she is just one part of: “sounds with the same sense of value as an instrument.” Eri’s performances are just some of the mesmerising musical sequences in KanZeOn, which also include excerpts from Noh performances and a Buddhist fire ritual, the sound of which – drums, bells and a crackling wood fire – is elegantly mixed.

The film is drifting and elliptical, arranged into short chapters with little explication, but the extra-musical content means that KanZeOn, while more esoteric in some ways, is probably the more approachable film for the less musically minded. Not only is it stunning to look at, with its waterfalls, temples and traditionally attired performers, but there is some fleshing out of the history, philosophy and belief behind their practice. 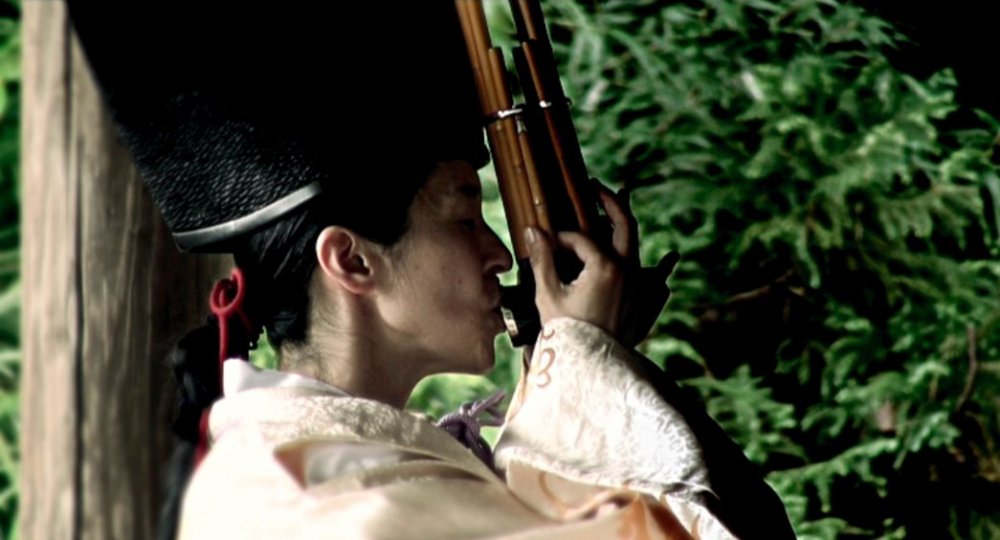 There are also traces of classic Japanese cinema, echoes of Kwaidan, for which composer Toru Takemitsu drew heavily on Japanese traditional music and environmental sound. The presence of Akinobu the ‘hip-hop priest’ might seem at first a novelty-ish touch, but it becomes apparent that his sampling the sounds around him is in keeping with Eri’s more spiritual connection with her sound-world: it’s no surprise that co-director Neil Cantwell is himself a musician, and apparently met Akinobu through mutual collaborators.

Eri’s philosophy of sound and music’s equal status, which is echoed in the other traditional musicians’ assertions of music’s integral role in life and ritual, chimes also with the extreme improvisers of We Don’t Care… and their harnessing of the city’s soundscape and technological memories. Of course, the mid-20th century European and American avant-garde that promulgated those ideas was much influenced, John Cage most of all, by Eastern philosophies including Zen Buddhism: influences flow in multiple directions, and neither film tries to pin them down too much.

Near the end of KanZeOn, Akinobu outlines the Japanese concept of ‘ma’, a term that in music means silence or space, yet not in the sense that we understand it as a lack or a gap to be filled. It is a term that has particular resonance in improvisation, in which, as David Toop writes in Haunted Weather, “sounds grow out of silence, but not as significant events enlivening nothingness.” In this short excerpt, Akinobu can only touch upon the very surface of countless theories about what silence is or isn’t. But perhaps, just by being so unusually dedicated to the sonic, both We Don’t Care About Music Anyway… and KanZeOn do in themselves open up a space that will be quite new for some viewers, prompting them to pause and listen afresh to their own soundscapes.