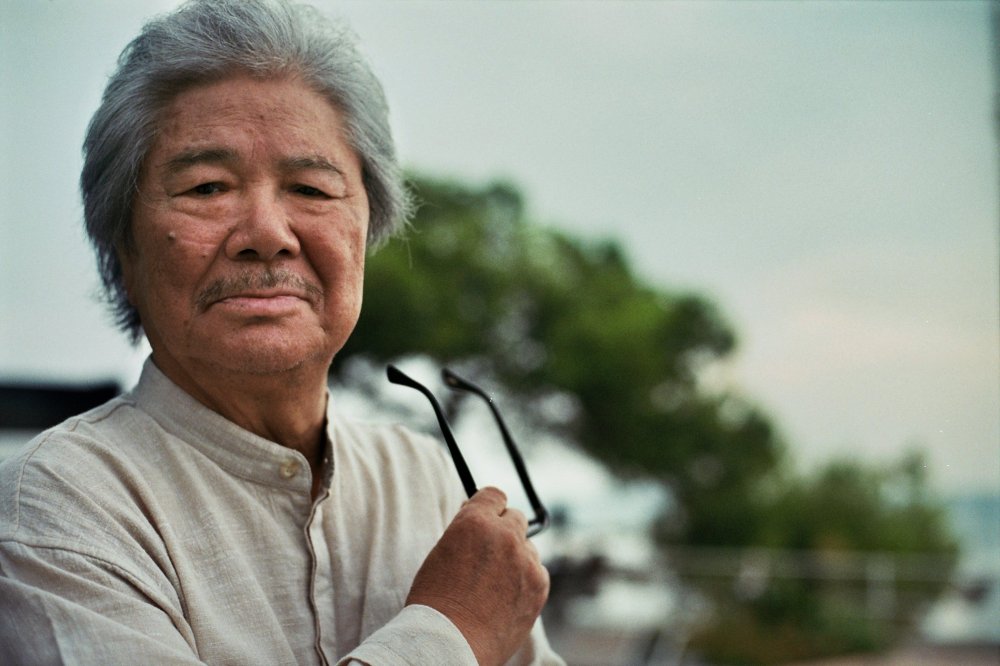 On 16 October, the Japanese media reported that the producer-director Wakamatsu Kôji had been hospitalised after he was hit by a taxi in Tokyo’s Shinjuku district on the night of Friday 12 October. His injuries were reported at the time as being non-fatal, but tragically he passed away some time after 11pm on 17 October. He was 76 years old.

It seems an almost ludicrously bathetic end to a man who lived his life like a whirlwind. In the past year alone, the septuagenarian filmmaker had completed a total of three films. 11.25 The Day He Chose His Own Fate (Jiketsu no hi: Mishima Yukio to wakamonotachi), a biopic of the right-wing novelist Mishima Yukio who infamously committed seppuku in 1970 in a failed coup d’état aimed at restoring full power to the emperor, had its premiere in the Un Certain Regard section at this year’s Cannes. The Millennial Rapture (Sennen no yuraku), based on a series of books by Nakagami Kenji detailing the lives of several characters from the stigmatised buraku class to which the novelist himself belonged, premiered in Venice in September, while the less evidently political revenge thriller Petrel Hotel Blue (Keien hoteru buruu) had opened theatrically in Japan earlier in March.

A crucial figure in the world of fervently socially-critical independent cinema, Wakamatsu achieved early notoriety in the field of the eroduction (a contraction of ‘erotic production’), the lowly-budgeted adult-themed exploitation genre that emerged to fill the cracks in Japan’s crumbling studio-dominated production-exhibition landscape of the 1960s, which later became known as the ‘pink film’. (Contrary to some sources, he never worked at the major studio Nikkatsu.) Making his debut in 1963 with Sweet Trap (Amai wana), like much of his early oeuvre now considered lost, he soon became the first ‘name’ practitioner in this burgeoning sub-industry, and by far the most interesting. 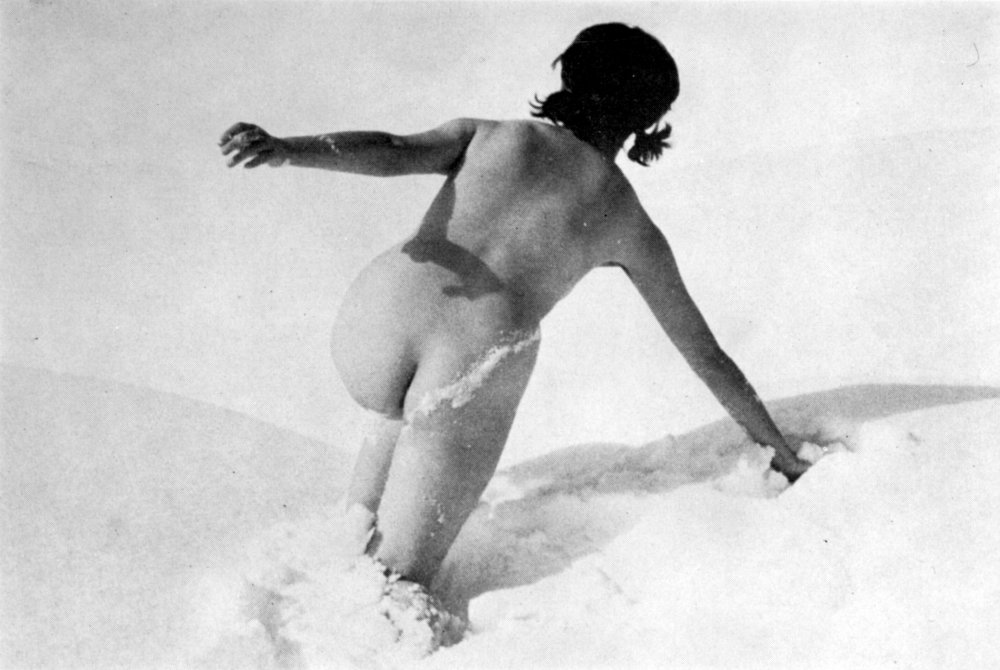 Chronicle of an Affair

Such portraits of Japan’s seamy underbelly as Red Crime (Akai hankô, 1964) and Violated Angels (Okasareta byakui, 1967), shot in what Noël Burch described as “raw black-and-white ‘crime magazine’ style”, were undeniably violent and confrontational, but what made Wakamatsu’s work popular with an après-guerre generation coming of age during the 1960s was its brutal directness. Chronicle of an Affair (Jôji no rirekisho, 1965), for example, documents a young country girl’s brutal assault in the snow by a gang of local roughnecks, prompting her to flee to the city, where she rises through factory work and prostitution to the position of a wealthy gangster’s mistress and ultimately a murder suspect. Its story arc, not dissimilar to Imamura Shôhei’s Insect Woman (Nippon konchûki), released the previous year, not only offers up readings as a critique of Japan’s rigid, male-dominated social structures, but echoes Wakamatsu’s own unorthodox entry into the film world.

Born the son of a horse breeder, in Wakuya, Miyagi prefecture, a rural small town in the mountainous northern Tôhoku region, Wakamatsu was drawn to the bright lights of Tokyo at the age of 17. He soon fell into bad company in the gangster underworld, and a brush with the law resulted in a six-month spell in jail. The experience entrenched in the young man a deep mistrust of authority and a resolve to tackle it in a more constructive fashion that wouldn’t end up with him behind bars a second time.

Rekindling his former yakuza connections upon his release, he began working as a scout watching over film shoots to ensure that the crews had gang approval to shoot in their territory. During this time he approached one of the television producers whom he was monitoring and asked to be taken on as an apprentice. The subsequent stint in television proved but a brief stepping stone before the opportunity arose for him to make his feature-film debut in the new and uncharted waters of the eroduction. 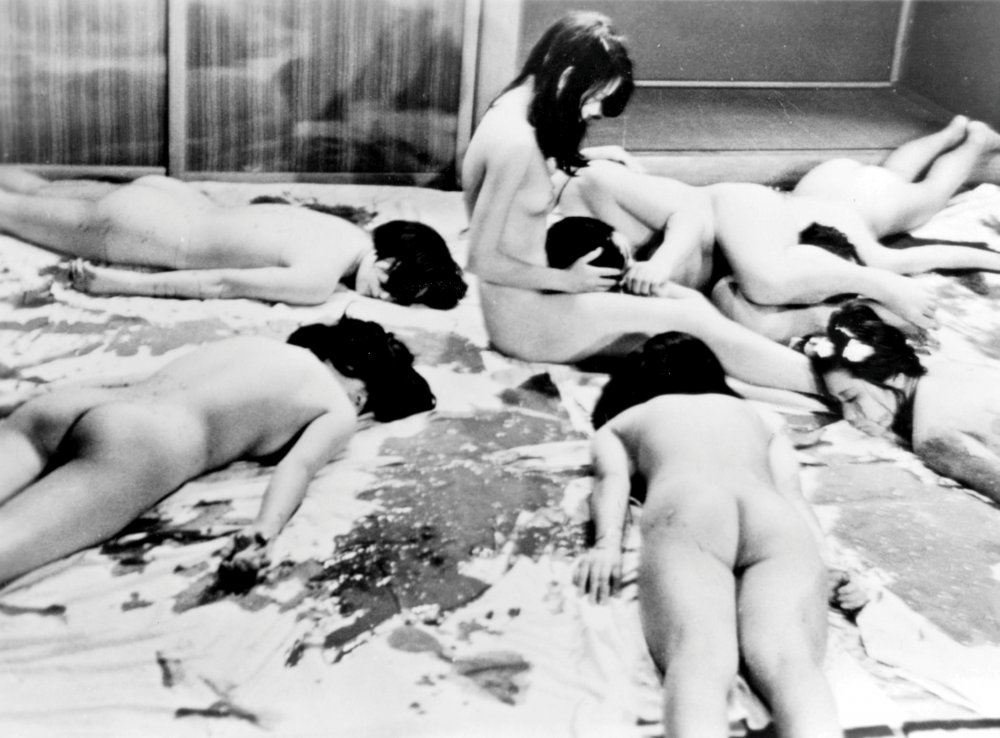 Because of this background, Wakamatsu remained an outsider in the Japanese industry throughout his entire life. However, a chance incident in 1965, in which his Secret Acts Behind Walls (Kabe no naka no himegoto, 1965), self-produced through his newly established company Wakamatsu Pro, was selected for the prestigious Berlin Film Festival without being officially submitted by the Motion Pictures Association of Japan (Eiren), catapulted this director of what was considered vulgar, bargain-basement filmic fare onto the world stage. A stark and squalid depiction of the dysfunctional lives of the denizens of an alienating modern tenement block, the film along with its director was labelled a ‘national disgrace’ by the local media. This was most certainly not the kind of portrait Japan wanted to present abroad in the year following the Tokyo Olympics.

Still, its Berlin screening led to further European film festival outings for Wakamatsu, with his reductive, near avant-garde meditation on Eros and Thanos, The Embryo Hunts in Secret (Taiji ga mitsuryô suru toki, 1966), playing alongside Yoko Ono’s Bottoms (1966) at the 1968 Knokke-Le-Zoute Experimental Film Festival in Belgium, while in 1971 he traveled to Cannes with Ôshima Nagisa where two of his films, Violated Angels and Sex-Jack (Sekkusu jakku, 1970), screened as part of the Director’s Fortnight.

While often transcending the earthy requirements of the déclassé genre from which they hailed, Wakamatsu’s films were far from unanimously acclaimed. Donald Richie wrote of a meeting with the director relayed in his The Japan Journals, published in 2004: “He makes embarrassing soft-core psychodrama (or used to), and Noël Burch led the French into seeing great cinematic depths in Violated Angels. It occurs to no one that the reason for making it (nurses skinned alive) was noncinematic. So Koji was treated as though his junk meant something.” The film, which portrays a massacre in a nurses’ dormitory as a metaphor for Vietnam, was refused a certificate by the British censors in the 1970s.

Following the arrival of experimental filmmaker Adachi Masao to Wakamatsu Pro, his work as a producer and a director became less allegorical and more in touch with the street-level turbulence of late-60s Tokyo. Titles such as Running in Madness, Dying in Love (Kyôsôjôshikô, 1969) and Shinjuku Mad (Shinjuku maddo, 1970) provide a vivid time capsule of this volatile period, in which student riots and anti-Vietnam protests intermingled with drug-fuelled orgies to depict a young generation teaming with sexual urgency and revolutionary zeal, eager to overthrow a corrupt establishment in cahoots with the Americans. Rape was a recurrent trope, usually in a metaphorical role to represent patriarchal oppression and the US military’s involvement in neighbouring countries on the Asian mainland. 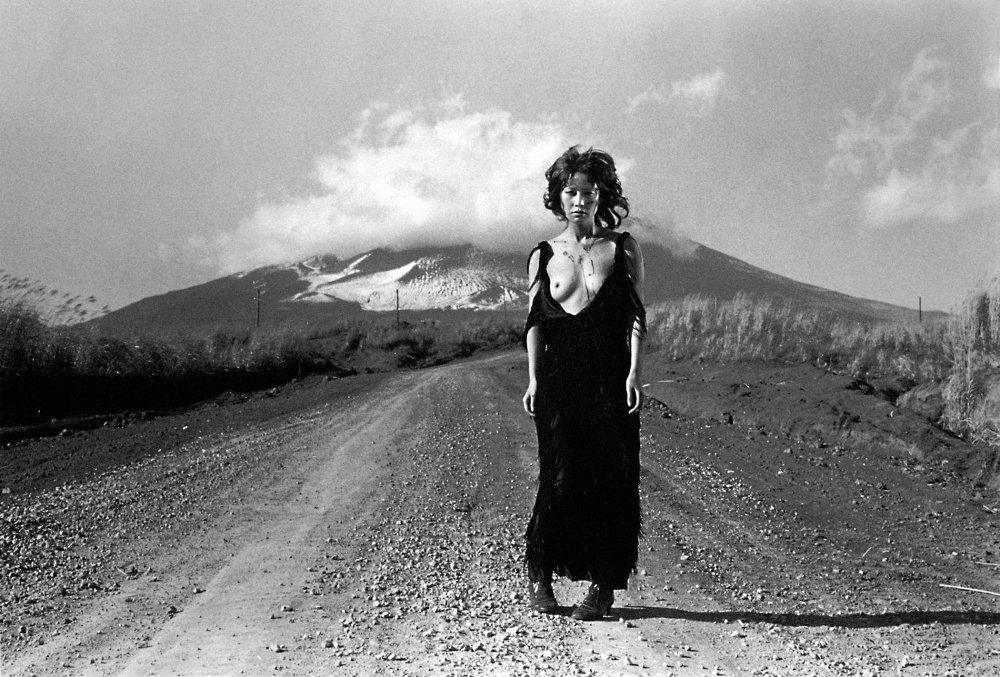 By the time of Ecstasy of Angels (1972), a raucous depiction of the violent implosion of a radical leftist group written by Adachi and co-produced with the Arts Theatre Guild, real-life events had begun to catch up with his company. On 19 February, mere weeks before the film’s release, the infamous Asama Mountain Lodge Incident unfolded, a ten-day standoff between the police and five members of the United Red Army who occupied a tourist lodge and held the proprietor’s wife hostage. Two police and one civilian were killed by the radicals’ gunfire during the siege and many wounded. The previous year Wakamatsu Pro had released the propagandistic call-to-arms newsreel highlighting the Palestinian struggle for their homelands, Red Army / PFLP: Declaration of World War (Sekigun-PFLP: Sekai sensô sengen, 1971), assembled by Adachi and the left-wing critic Matsuda Masao from footage shot by Wakamatsu and Adachi. On 30 May, three members of a separate group, the Japanese Red Army, perpetrated the Lod Airport Massacre at Israel’s Ben Gurion Airport. 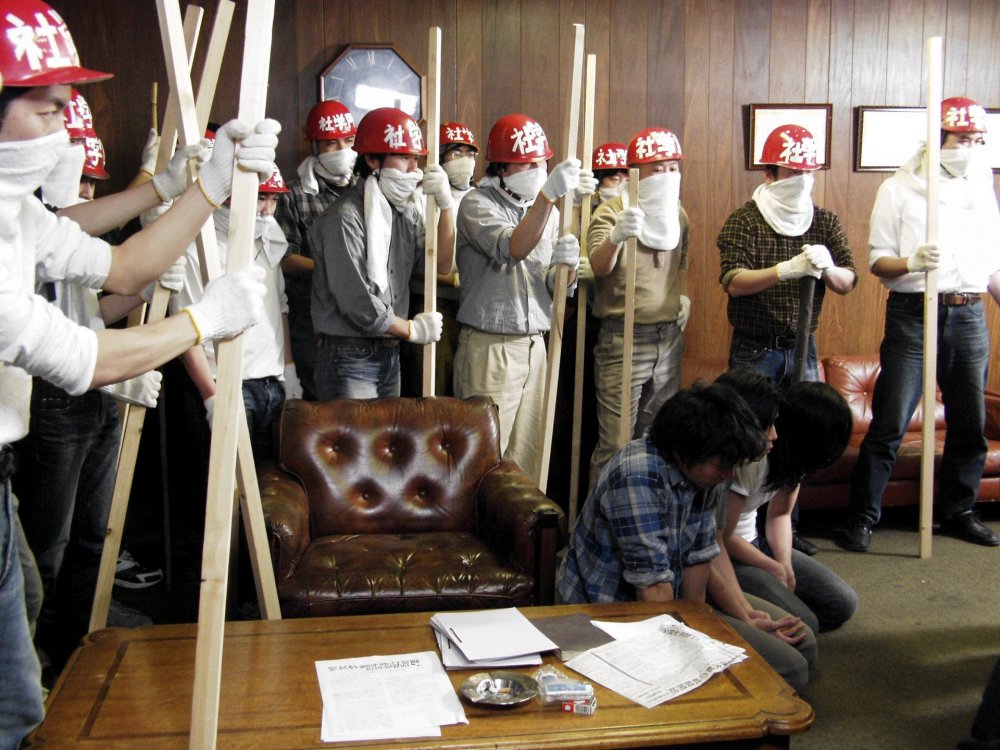 Wakamatsu’s proximity to the events that influenced such films as Sex Jack and Ecstasy of Angels made him the perfect chronicler of the rise and fall of Japan’s New Left. In one of the most startling of career revivals of recent years, the epic self-financed docudrama recounting the events leading up to the Asama Mountain Lodge Incident United Red Army (Jitsuroku rengô sekigun: Asama sansô e no michi, 2007), was awarded the NETPAC and CICAE awards at Berlin and brought the director’s name to an entirely new generation of devotees. Sight & Sound’s editors nominated it among the 30 key films of the 2000s, although the film failed to find UK distribution. In 2010, at the same festival, Terajima Shinobu won the Silver Bear for Best Actress for her role in Wakamatsu’s Caterpillar (Kyatapirâ), set in a village 1940 during World War II and based on a story by Edogawa Rampo.

With over a hundred titles to his name, Wakamatsu’s untimely passing marks the end of an era of aggressively politically-engaged independent filmmaking in Japan. Only the month before he had returned from Busan International Film Festival in South Korea where he’d been named Asian Filmmaker of the Year, after over 50 years as “the most controversial filmmaker in Japan.”

Wakamatsu’s skills as a filmmaker, his political connections and the sincerity of his approach have been subjected to some degree of scrutiny and misinterpretation over the years. His barbed anti-authoritarian appeals to the nation’s youth, his fervent passion for cinema as a media for social change and his bloody-minded determination to get his point across (even going so far as to destroy his own country house for the fiery climax of United Red Army) nevertheless resulted in a unique and powerful body of work. The role of this remarkable and complex figure within Japan’s cinema history and culture has yet to be adequately assessed.