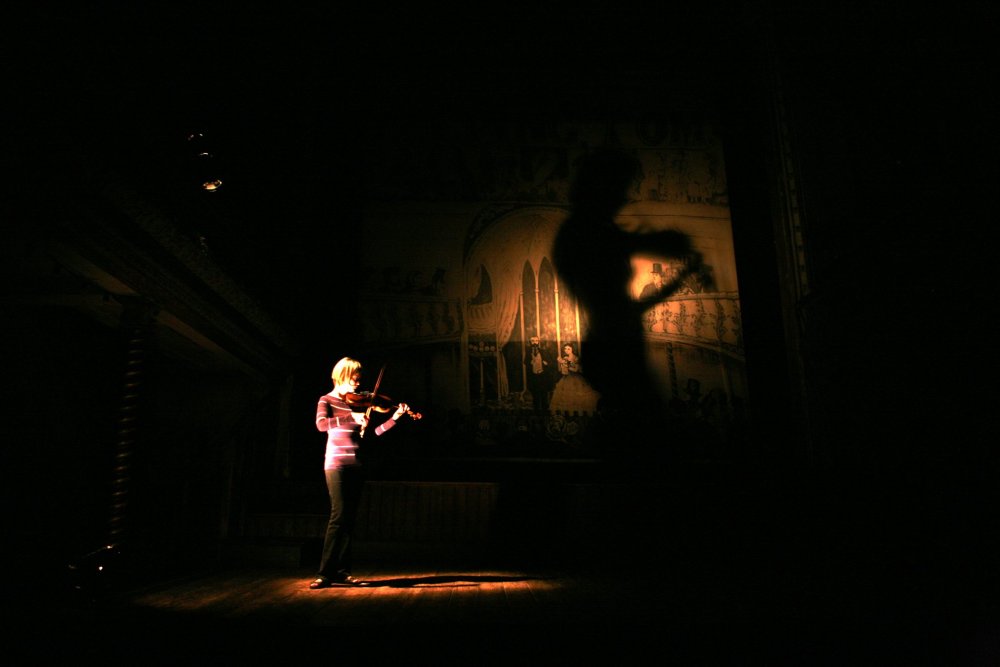 Outside the installation circuit, there’s not a lot of film that can really be described as ‘site-specific’ insofar as it needs to be seen in one place rather than another. Certain films, though, have their ideal locations, and the latest piece from the Brothers Quay has certainly found its own – twice over.

Entitled I looked back when I reached halfway, the film has been screened in two extraordinary venues – first in Manchester, in Chethams School of Music, then in Wilton’s Music Hall in London’s East End. As it happens, I have seen Quays films screened in a soulless modern multiplex, and they’re no less alluring; but place them in the distressed Victorian splendour of Wilton’s, a place as populated with ghosts as the brothers’ films, the effect is something else entirely.

The images are only part of this event, a collaboration between the Quays and violinist Alina Ibragimova, commissioned by the Manchester International Festival, the Barbican (part of its Blaze festival), and the London festival Create. The programme features four solo performances by Ibragimova with Bartok’s Sonata for Solo Violin both accompanying and accompanied by the Quays’ film – neither music nor film takes precedence.

There’s a third participant – the venue itself, built in 1858, the old colours of its auditorium now an eerie faded grey, as if the place itself were a phantom. In the interval, the audience is invited to explore its rooms and the empty upstairs gallery, to Ibragimova’s recording of the Passacagalia by Heinrich Biber (1644-1704) – the least known of tonight’s composers. 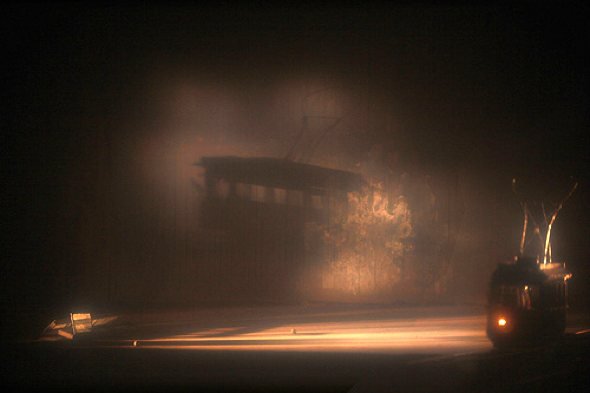 I looked back when I reached halfway

The first half of the event has Ibragimova playing solo. She’s especially breathtaking on Luciano Berio’s Sequenza VIII, an essay in thrilling dynamics that – although it’s not obvious to my unschooled ears – makes direct homage to the Bach Ciaccona (from Partitia No. 2 in D Minor) that follows. For the latter piece Ibragimova stands on stage, lit from below, the elongated shadow behind her resembling a phantasmal dancing stick insect.

The Quays’ film follows the four sections of Bartok’s Sonata, and is one of the their most abstract works yet – though with a residual element of biographical narrative. We see Bartok writing a score, his pencil hovering over the notes in extreme close-up; and an image that apparently haunted the composer for a long time, a young girl in a coffin, surrounded by white roses – her warm pink glow providing the only strong colour in a film largely reduced to near-monochrome, with washed-out tones of green and yellows.

The key leitmotif is a window, its various panels opening and closing, casting reflections and resembling a strange, deconstructed jewel. Another image animates a period photograph of a man standing under a tree which begins to billow, echoing Magritte’s street scenes, night and day simultaneously.

The one disappointment is that digital technology doesn’t seem to be serving the Quays’ hyper-sensitive vision as well as film used to. This piece is shot on Canon 5D, and sometimes suffers from a visible electronic coarseness, with effects of ‘banding’, that doesn’t do justice to the brothers’ microscopically tuned work with narrow focus, intensities of light and reflections. Even so, this was a vintage Quays piece, as haunting as their work has ever been, and an inspired collaboration with Ibragimova.