Wojciech Has: curiouser and curiouser

Nick Roddick blew his mind in the early 1970s. He tracks down the culprit, the late Polish director Wojciech Has. 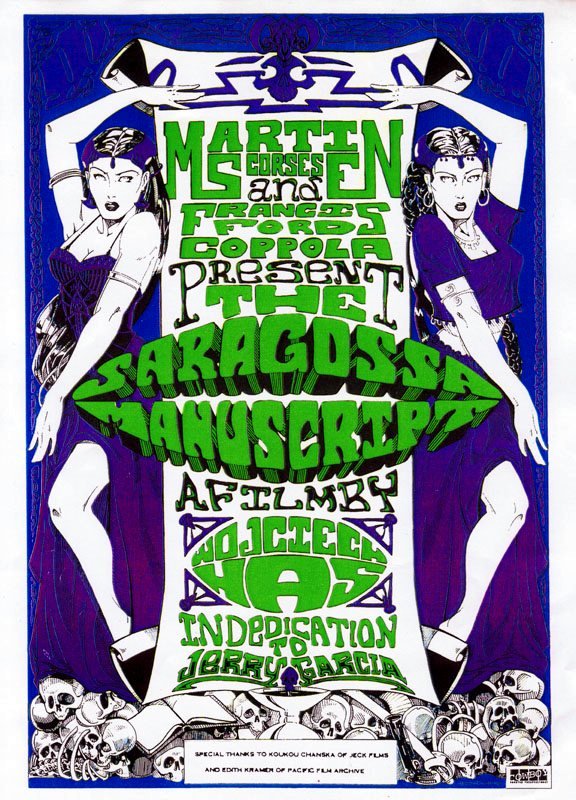 Like many cinephiles of my generation, growing up in an age before video let alone DVD, I owe my discovery of the byways of world cinema to time spent as a student in Paris. Armed with a copy of Pariscope and a Metro map, we’d trek off to a distant quartier for a Melville season or a Preston Sturges double-bill. The prints were generally terrible, the audience looked like secondary characters in a Rivette film and smoke filled the air. But the films were sublime, none more so than The Saragossa Manuscript, made in 1964 and already a cult classic by the time I saw it circa 1971.

Ostensibly a period drama set during the Napoleonic Wars and at various earlier times in the history of Spain, The Saragossa Manuscript is intriguing, infuriating, scary, sexy – in a phrase (a dated but unavoidable phrase), mind-blowing. You can attempt to triangulate it with reference to other film-makers; early René Clair (for whom the “moviegoer [was] like a dreamer in a sleep”); Jacques Feyder (the way the camera explores a historical scene with long, fluid takes in which background actions is often as important as what is happening nearer the camera recalls La kermesse héroïque); and, of course, Luis Buñuel, who adored The Saragossa Manuscript. The easiest label to hang on Has’s film is ‘surrealist’, but it would be truer to say that there is, quite simply, nothing like it.

The manuscript in question is discovered by an officer in the Napoleonic Wars and purports to be based on the exploits of his ancestor, Alfonse Van Worden, played by Zbigniew Cybulksi, the matinee-idol star of Andrzej Wajda’s wartime trilogy who, a decade later, is looking distinctly pudgy. No sooner is the book opened than a kind of narrative rabbit-hole opens alongside it, with one story opening into another which triggers a third, and so on. All sooner or later return to a haunted inn, the Venta Quemada, where lone male travellers are invited to dinner by beautiful exotic women who tell them further stories, in between plying them with wine and seducing them. The guest then awakes next morning among the bones at a nearby gallows from which swing the Zoto brothers (who, in one version, reveal themselves as actors and step down from the gibbet).

The tone is at once sinister (the Spanish inquisition puts in a few appearances), playful, surreal, narratively radical and absurd. In one scene, the staff of the Venta Quemada, explaining they never spend the night there, ride off with thundering hooves that could have been a sound effect in one of Ernie Wise’s plays. In another, some members of the inquisition make an entrance in the background, only to be bundled off again like extras jumping their cue. The only consistent theme is that Love and Death – Eros and Thanatos – are always linked. But, although the film is often trippy (the Grateful Dead’s Jerry Garcia was a lifelong fan), the underlying darkness of the vision belongs firmly in Poland. 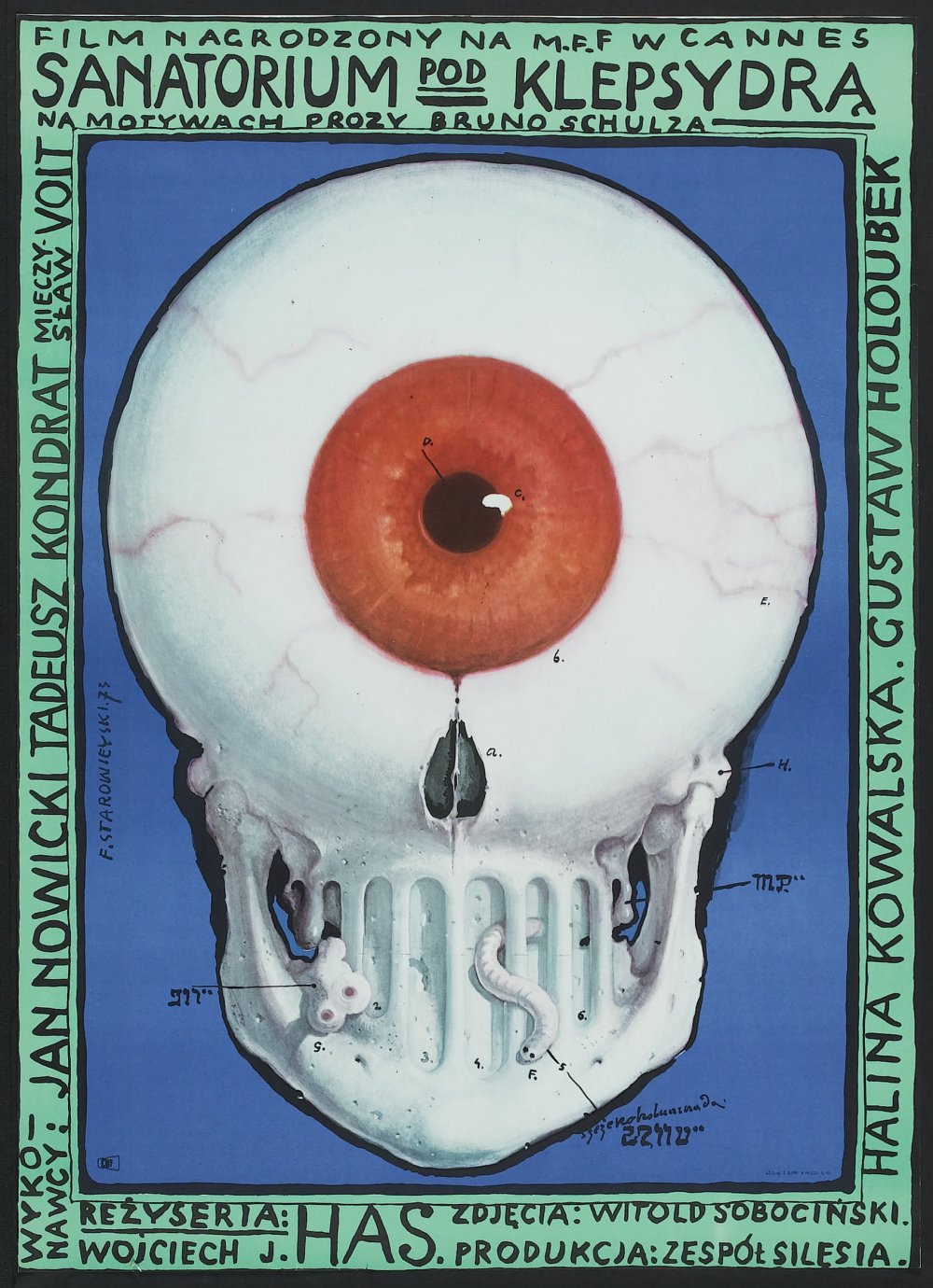 Credit: Museum of Cinematography in Łódz

The other cornerstone of the Has cult is The Hour-Glass Sanatorium, sometimes known as The Sandglass. Again, the phrase ‘mind-blowing’ is difficult to avoid, especially since the film (unlike The Saragossa Manuscript) is in colour. A clear product of the 1960s, awash with bare breasts and narrative experiment, it is a Kafkaesque tale based on short stories by Polish writer Bruno Schulz (upon whom the Quay Brothers drew for Street of Crocodiles).

The story is – ostensibly – about a young man called Jan visiting his father in a run-down sanatorium. But, from the opening shot – a crow flying past bare trees, pulling back to reveal a frame which turns out to be the window of a train whose passengers are, alongside the young man, an alarming mix of grotesques, plus a sinister conductor with a lantern strapped to his chest who tells him ‘We’re nearly there’ – the film enters a time-shifting fantasy world, its logic determined more by elements, visual and otherwise, within the sanatorium than by reference to any outside, let alone objective, reality.

Has’s fondness for long exploratory takes remains, but this time there is a Gothic tone both in the settings and the lavishness of the décor. It is as though the Quays had made a film for Hammer, and it opens the Has retrospective at the Barbican – for which, appropriately enough, the Quays have created a special, Has-inspired installation. 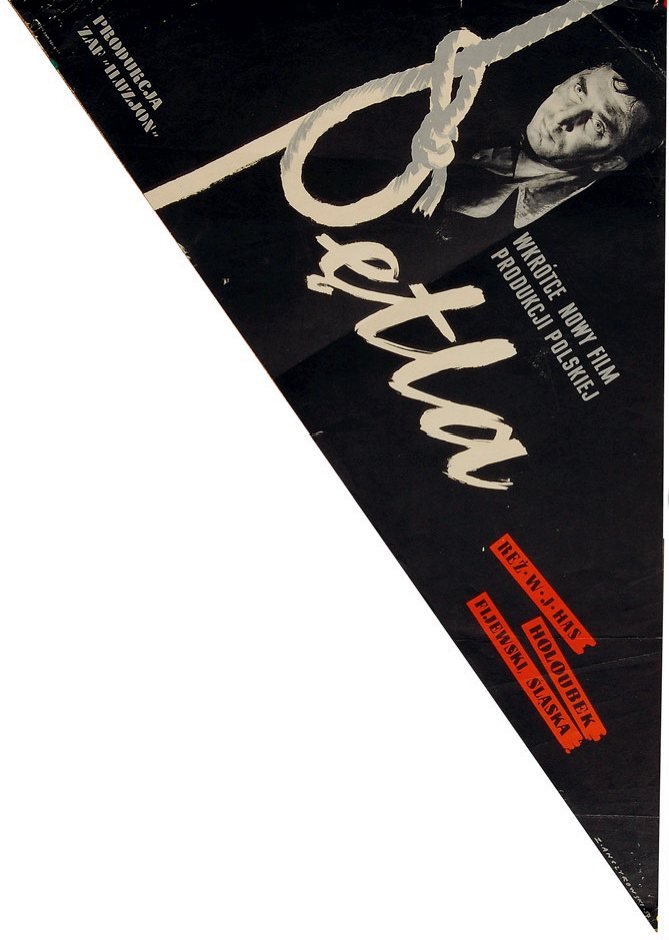 Credit: Museum of Cinematography in Łódz

The Hour-Glass Sanatorium won a prize at Cannes in 1973, but it was clearly a step too far for the Polish authorities: it was ten years before Has made another film. The final four he made during the 1980s achieved little international fame, and he spent the last decade of his life (he died in 2000) teaching at the Film School in Lodz. But for me, the revelation of the Barbican season is Has’s first feature, The Noose, a journey to the end of the night in the company of alcoholic artist Kuba, battling desperately – but futilely – to stay on the wagon.

Watching it reminded me of walking through the Mondrian rooms in the Stedelijke Museum in Amsterdam, where you realise that the painter honed his skill on representational realism – almost as if to prove he could do it – before refining everything into lines and blocks of colour. In The Noose, Has likewise tells the story ‘straight’ – the chronology, stressed by innumerable clocks, is immaculate – but gradually invests each frame with so much dread that the effect is hallucinatory. Kuba’s wonderfully Beckettian definition of normality, given to those inquiring after his health – “I work. I live. Everything’s fine!” – paves the way for the climactic scene in a bar, The Eagle, where our hero finally throws in the towel. It is one of the most convincing portrayals of alcoholic abandon ever filmed, and makes Leaving Las Vegas look like a tea-party. The Noose, alongside the two better-known films that start the Barbican season, confirms Has’s status as a neglected master.

The Saragossa Manuscript and The Hourglass Sanatorium are available on DVD from Mr Bongo.