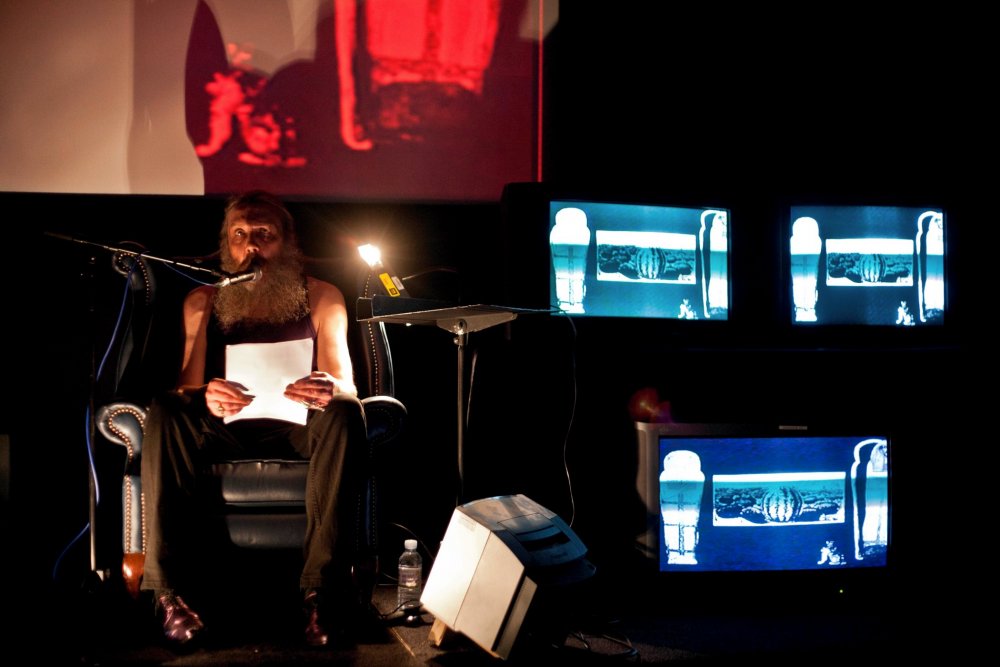 The polymath spirit of American countercultural hero Harry Smith – filmmaker, artist, folk-song collector, psychonaut and magician – is hard to pin down, let alone summon in the sedate surroundings of the Barbican’s cinema. Yet writer Alan Moore and artist, critic and musician Edwin Pouncey pay their respects admirably tonight, in an event programmed as part of the Barbican’s Watch Me Move: The Animation Show exhibition, conjuring up a soundtrack of poetic biography and collaged noise to a screening of Smith’s No. 12: Heaven and Earth Magic (1957).

Smith’s animated film is enchanting, funny and gnomic: a kinetic jumble of alchemical processes as imagined by a vaudeville showman, in which cats, cows, clocks, hammers, sarcophagi and watermelons tumble through Heath Robinson-esque machinery that you assume is located somewhere in the mind. At one point Moore perceptively describes Smith as ‘steampunk’, which describes perfectly the film’s junk-shop magic, although the term wasn’t coined until a few generations later. Smith’s was also an aesthetic that, in the 1960s, seemed to travel particularly well to Britain, with The Beatles and Monty Python’s Flying Circus employing a similar Victoriana-inspired psychedelia; I would hazard a guess that the younger Alan Moore encountered it first in this form.

Moore’s skill as a comics writer fits him well for narrating the moving image. Seated in a conspicuously cosy leather chair (which throws a distracting shadow across the screen), he recounts a subjective version of Smith’s life story, from Portland, Oregon childhood to death at the Chelsea Hotel, in a rhythmic present-tense style. Moore’s eye for everyday, even trashy magic is keen and wry, evoking the occult power of New York City’s streets and peep shows, and journeying with abandon into Smith’s psychic and physical desires. 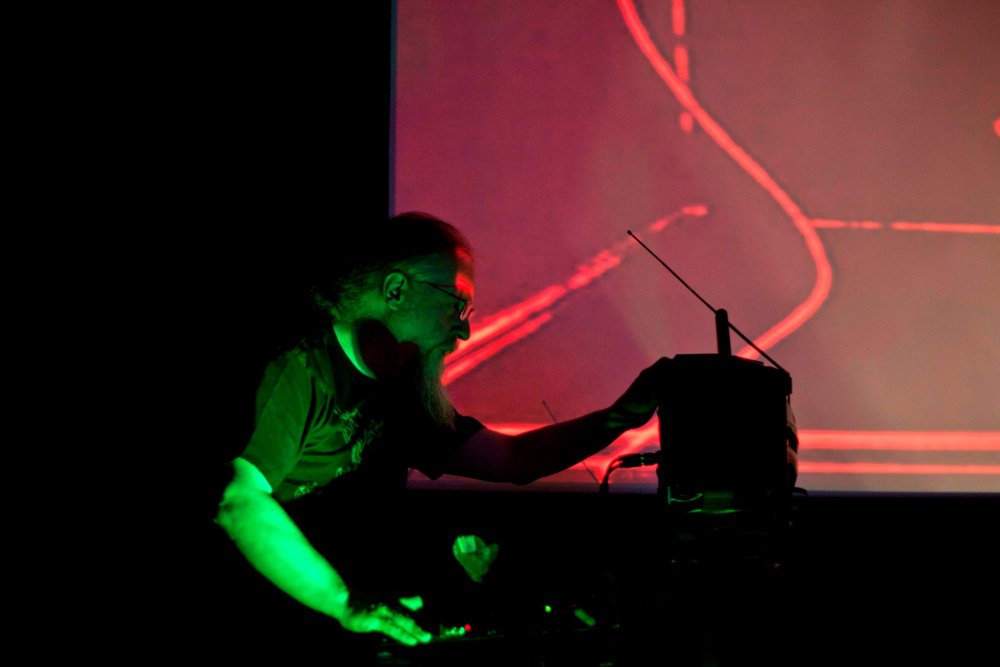 At first, his sonorous Northamptonshire tones, too heavily amplified for the small cinema, threaten to drown out Edwin Pouncey’s more subtle soundtrack, but this seems to resolve over the course of the film. Pouncey, otherwise known as comics artist and illustrator Savage Pencil, echoes Smith’s collaged visuals with field recordings and radio interference, processing parts of the film’s original soundtrack which consists mostly of sound effects and is somewhat reminiscent of Walter Ruttmann’s 1930 ‘blind cinema’ piece, Weekend.

As the film progresses, the ghost-in-the-machine clutter can be heard in more detail: what sounds like circuit-bent toy instruments spit out fragments of melody, and some harsh, high-end electronic tones are tweaked and filtered as, on the screen, skeletons operate one of Smith’s mysterious devices. In fact, the sound as a whole has an internal, bony quality, with squeaks and squelches that sound as bodily as they do industrial, making for a trip into this mercurial artist’s complex interior world – an “inner-space race”, as Moore puts it – that’s both disturbing and affectionate, with a dark, anarchic humour that you imagine Harry Smith himself would have appreciated.