Doc of the week: Going Clear: Scientology and the Prison of Belief

from our forthcoming August 2015 issue 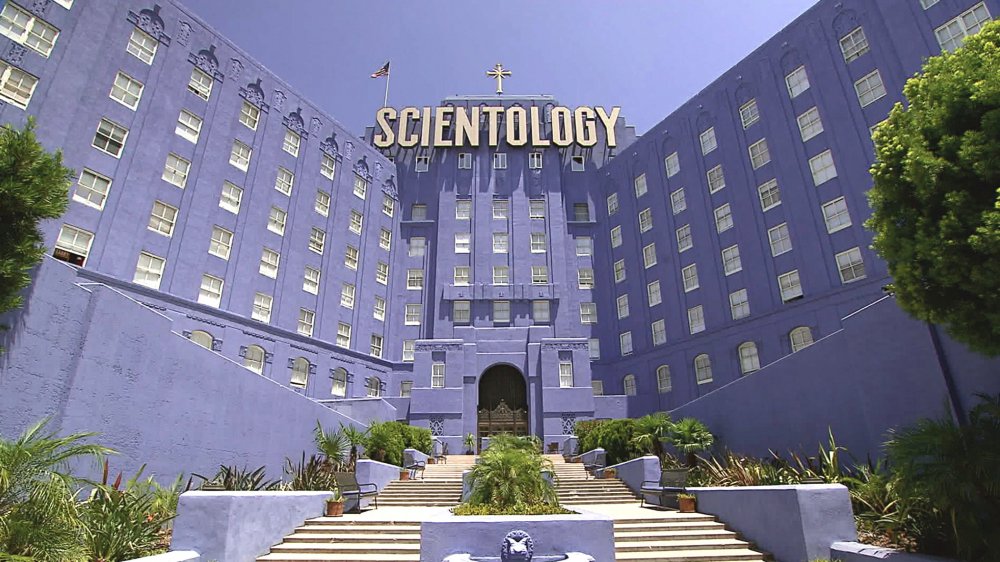 Going Clear: Scientology and the Prison of Belief (2015)

Alex Gibney has in essence made a film version of Lawrence Wright’s 2013 book Going Clear: Scientology, Hollywood & the Prison of Belief. Wright is on board as one of the producers and also figures prominently as one of the many interviewees; he appears whenever Gibney needs a perspective on Scientology from someone who has studied the movement but never signed up to it. (The book has not been published here but remains freely available in the US; the film is unlikely to be televised here because broadcasters cannot prevent it from being seen in Northern Ireland, which has not yet adopted the 2013 Defamation Act.)

Like the book, the film has to work around the problem that Scientology’s current leader David Miscavige refuses to give interviews. Wright and his editors and fact-checkers were granted one legally policed meeting with Scientology reps in 2010; Gibney has the huge advantage that he can use Scientology videos to show, for example, Miscavige breaking the news of founder L. Ron Hubbard’s death to the faithful, glad-handing Tom Cruise, getting standing ovations at Scientology galas and exulting in his victory over the US tax authorities.

One question that hangs over the enterprise is: how much do you need to know about Hubbard and the early history of his project to understand how Scientology operates today? The film interviews many ex-Scientologists, some of them embittered by what they went through, and so necessarily focuses on recent operations and disputes.

But it skims the history too. Gibney presents evidence that Hubbard misrepresented his war injuries, and can’t resist noting Hubbard’s post-war encounter with Aleister Crowley’s occultism – which allows him to include not-very-relevant clips from Kenneth Anger’s Inauguration of the Pleasure Dome. But he spends little time on the years when Scientology was literally at sea, the period in the late 1960s when Hubbard named himself ‘Commodore’ of three refurbished boats and cruised the Mediterranean with an ‘elite’ corps of recruits. (Their mission was to sign up new paying customers at each port of call and to search – alas, in vain – for the buried treasure that Hubbard recalled hiding in previous lives.) Overall, the presentation of Scientology’s first three decades is sketchy and impressionistic, although the archive footage of Hubbard – including one ‘off-the-record’ audio outtake from the BBC – is undeniably fascinating.

Mostly Gibney lets Wright and the ex-Scientologists do the talking, and makes his points by juxtaposing old and new footage. For example, he shows another BBC outtake (from Panorama, 2007) in which Mike Rinder flatly denies to John Sweeney that he was ever physically beaten by David Miscavige, and then cuts to his own interview with Rinder, who now says that he was actually assaulted by Miscavige “many, many times”. Such contradictions pile up as Gibney launches into his two main set pieces: the clash with the IRS over Scientology’s tax-exempt status, and the careful manoeuvres to keep Hollywood stars onside as public endorsers of Scientology. Both end in Scientology victories, celebrated at rallies with discernible Nazi overtones, even if Miscavige’s stage sets are inspired less by Nuremberg than by TV talent shows. No dispute is definitively resolved, and subtitles occasionally inform us that this or that lawyer denies that any such thing ever happened. One could conclude that neither the Scientologists nor the ex-Scientologists in the film lend any credibility to Hubbard’s claims for Scientology’s ability to maximise human potential.

It’s best, obviously, to leave the arguments about veracity, taxes and criminal behaviour to be arbitrated in the courts. The film has a much wider relevance when it turns to the subtitle it inherits from Wright’s book: The Prison of Belief. Gibney himself doesn’t note the parallels, but the film relates directly to contemporary studies of individuals who consciously turn their backs on their own education and sign up to belief systems which subsequently impose cruel and unusual behaviour on them – such as Mori Tatsuya’s A (1998), which gets inside the remnants of Japan’s Aum Shinrikyo ‘religion’ after its leader Asahara ordered the sarin gas attack on the Tokyo subway.

The syndrome has clear relevance to major issues of the day, from ‘Islamic State’ recruitment to the militant atheist campaigns against all organised religions, and the way that adherents in various belief systems wholeheartedly submit to anything from self-abasement to wilful acts of aggression and destruction. As Paul Haggis says here, “Belief is a way of evading thinking for yourself.” Alex Gibney’s film, like Wright’s book, is a useful contribution to what looks more and more like an urgent social priority: the push to discourage people from praising the chains that bind them.

Related to Doc of the week: Going Clear: Scientology and the Prison of Belief