Toon of the week: Minions

The Despicable Me cartoons’ unruly lackeys are handed the lead in their own movie – and seize it with properly turbulent results, says Andrew Osmond.

from our forthcoming August 2015 issue 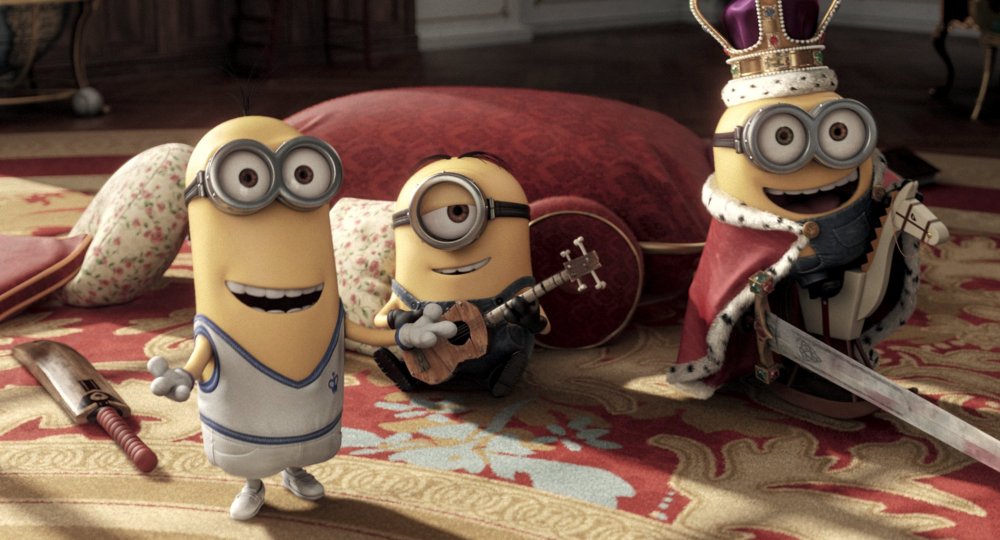 An early screening of Minions, a computer cartoon spin-off from the Despicable Me films (2010 and 2013), was held at France’s Annecy animation festival, where Chris Meledandri, the film’s producer, was a guest. Meledandri recalled how his earlier animated hit Ice Age (2002) was carried by a sensationally popular two-minute trailer, a miniature cartoon in which a sabre-toothed squirrel was chased by glaciers and pratfalls down mountains. The minions have been similarly used in many promotional skits, such as one for Japan’s Toho cinema chain in which they meet Godzilla.

Minions, Ice Age and many other feature cartoons struggle to square a circle – to make a feature that maintains the laughs and speed of the best short cartoons, exemplified by Ice Age’s trailer, Tex Avery’s Screwball Squirrel (1944) or Robert Clampett’s The Great Piggy Bank Robbery (1946, starring Daffy Duck). Minions is a better bid than most, paring away cartoon sentiment and wholesome messages in favour of quickfire, integrated gags. The minions in Minions are more loveable than the brashly abrasive Daffy Duck but they’re still cruel and anarchic like the infants they resemble.

As viewers of the Despicable Me films know, the minions are baby-sized gibbering yellow beans. In their first two films, they served the comic supervillain Gru as he softened into a family man. The prequel Minions reduces Gru to a couple of cameos, and emphasises that minions never change. As a hilarious history overture shows, they have had one drive through the millennia: to find the worst bad guy around and serve him. We see a T-rex, a caveman and the Emperor Napoleon all meeting catastrophic comeuppances thanks to their little yellow ‘helpers’.

Minions is co-directed by Pierre Coffin (who co-directed the Despicable Me films and voices the title characters), together with Kyle Balda. The film has three minions setting out to find a new master in the swinging 60s, cueing a volley of jokes about Nixon, Hendrix and Hair and a sly poke at the moon landing. Stumbling on a ‘Villain Convention’, they end up working for the maniacal (but immaculately coiffed) Scarlet Overkill, voiced by Sandra Bullock. Scarlet is shouty and lethal, pummelling armies of macho villains and zooming round in a Dalek-like turbo-skirt, but the film treats her as a minion to the minions. It’s they, not her, who get the endless heists, chases and squabbles (the squabbles are the funniest). They also get song-and-dance numbers and random business such as the world’s worst football game and a Mr Bean-ish subplot with a teddy. 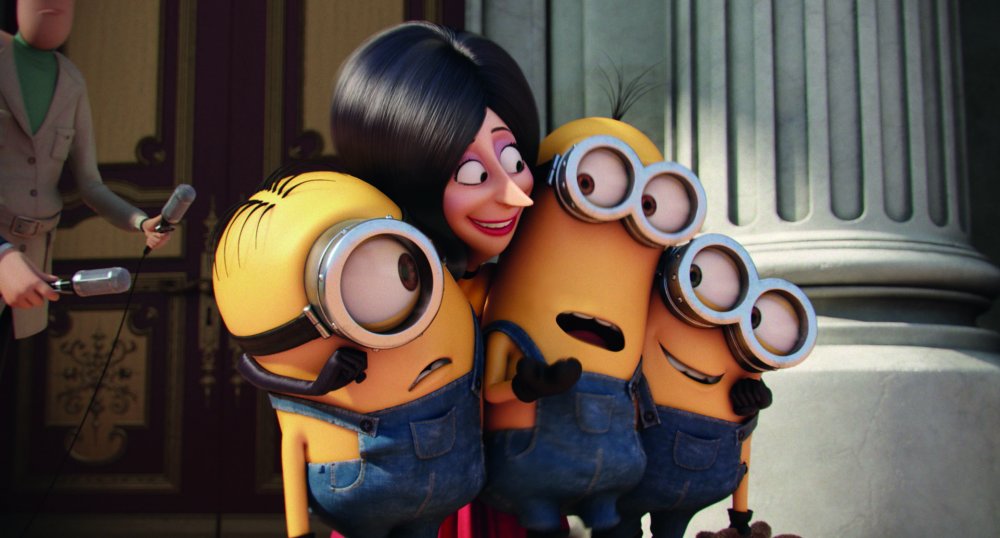 Despite all the action, and several funny one-scene characters, the film sags a bit when the action moves to a London of stock caricatures (no better or worse than those served up in The Simpsons or Family Guy). Not long after A Royal Night Out, we have another young Queen Elizabeth II, this time voiced as a dirty-fighting, hard-drinking tomboy by Jennifer Saunders. The plot turns on a left-field joke about King Arthur’s sword in the stone, which the film presents as a real tourist attraction like Nelson’s Column or Saint Paul’s. It’s the one bit of silliness in the film that may go too far for British viewers, though the joke may play well abroad.

In any case, things warm up again, with chandeliers falling in Westminster Abbey, an angry mob of motley villains and a monster-movie climax so innocently playful that it might have come from Britain’s own Aardman Animations. The conventional cartoon story arcs of self-realisation and redemption are skipped, but any sacrifice in emotional resonance is compensated for by the pace and purity of the fun.

In the forthcoming August 2015 issue of Sight & Sound

Jonathan Romney unravels Pixar’s Inside Out, which explores a young girl’s growing pains from the perspective of the animated emotions inside her mind.

Once upon a time in the west

Tomm Moore’s animated fantasy Song of the Sea taps into the spirit of Studio Ghibli, while seeking to reclaim Irish folklore from tourist-tat leprechauniana. By Trevor Johnston.

A life in pictures

Jez Stewart salutes the longevity and creative tenacity of the much missed animation outfit Halas and Batchelor.

Related to Toon of the week: Minions