A maestro of moving-model animation since his time steering Cosgrove Hall’s Mr Toad, Britain’s Barry Purves has had to tend his unfashionable talent on the miniature scale. 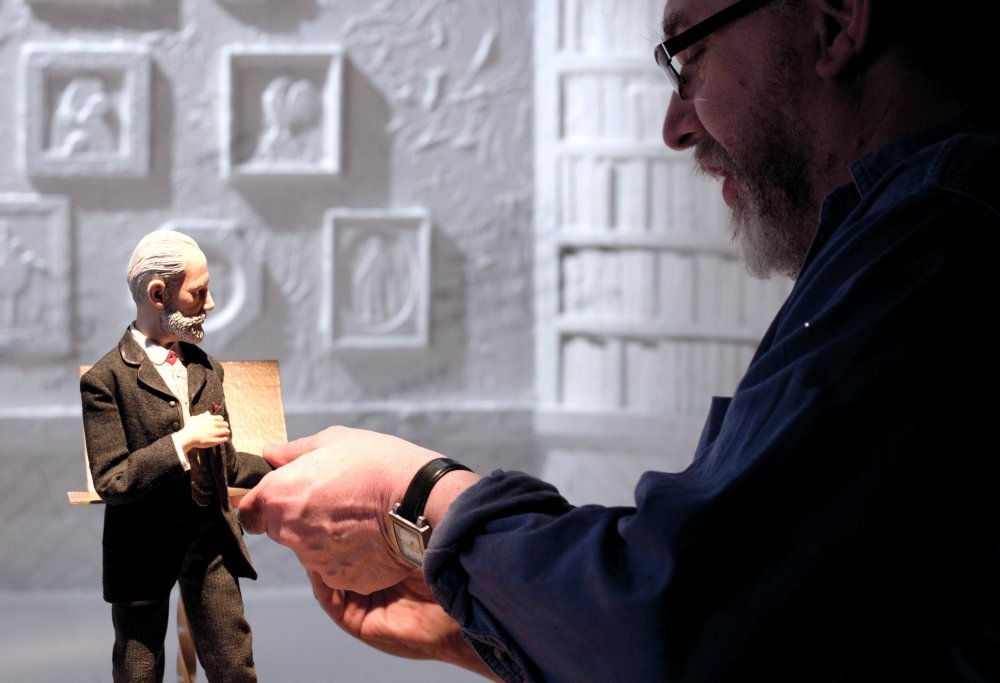 In other worlds, in other times Barry Purves would be celebrated as a god; paraded through the streets before a life-size statue in gold was unveiled to heralds and cheers. The statue, fully articulated, would then be animated by this stop-motion maestro to produce his latest masterpiece, the release of which would be a cause of great celebration, much swooning and a national holiday.

Barry Purves – The Naked Animator is at the Edinburgh Filmhouse on 25 June 2015 as part of the Edinburgh International Film Festival.

The six-film DVD Barry Purves – His Intimate Lives is available from the French label Potemkine.

In this time and this place – 25 June in Edinburgh, to be precise – the arrival of Purves’s 60th year is being marked with an evening at this year’s Edinburgh International Film Festival to reflect on his career and achievements.

For those not steeped in the animation scene his name is may be unfamiliar, but you have almost certainly seen his work. Cosgrove Hall is a name that elicits much nostalgia amongst a certain generation, particularly for the zany delights of Danger Mouse (1981-92) and Count Duckula (1988-93). But the artistic highlight of the studio was almost certainly the stop-motion feature and resulting TV series of The Wind in the Willows (1983), still one of the definitive versions of the much loved novel. It was Purves who took on the daunting task of finding the movements to match David Jason’s vocal stylings as the irrepressible Mr Toad, and more lived up to the requirements. 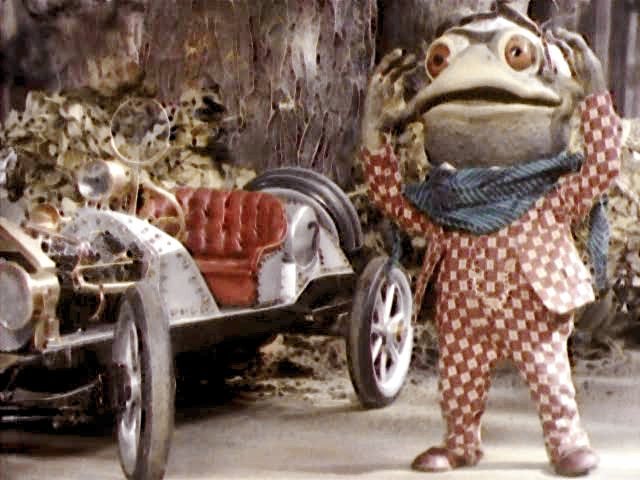 His work was almost witnessed on a much wider stage when Tim Burton hired Purves to head up his animation team and create stop-motion martians for Mars Attacks! (1996). Sadly, a constricting budget and studio pressure forced a switch to CGI – a sign of the times after a similar switch on Jurassic Park (1993) and the success of Toy Story (1995). Purves has not yet managed to follow in the footsteps of his hero Ray Harryhausen, but did not abandon stop motion in the bleak times.

It was at Cosgrove Hall that Purves began his animation career, moving from a background in the theatre. His pitch was not based on prior experience but an intuition that the puppets were merely being put through the motions and not allowed to perform. And a performer is what Purves is. Yes, he is a very skilled animator and director, but first and foremost he is a performer, even if it’s usually via a puppet proxy. This time-lapse sequence of him working on his 2011 short Tchaikovsky illustrates the point:

While children’s television had its satisfactions, a desire to be at the centre of every aspect of the creative process led to Purves’s ambition of writing and directing films of his own. He was fortunate to be bubbling with potential at a time when Channel 4 was very supportive of challenging, adult animation.

His first film Next (1989) shows William Shakespeare auditioning for an undetermined role by silently conjuring up references to every one his complete works in under five minutes, with only a basket of props and a cloth dummy to assist. This explosion of talent crammed into a restricted space, expressed through inadequate means and witnessed by a narrow audience (the sole audience member in Next is an initially bored and afterwards somewhat delightedly bemused Peter Hall) is unfortunately something of a metaphor for Purves’s career. 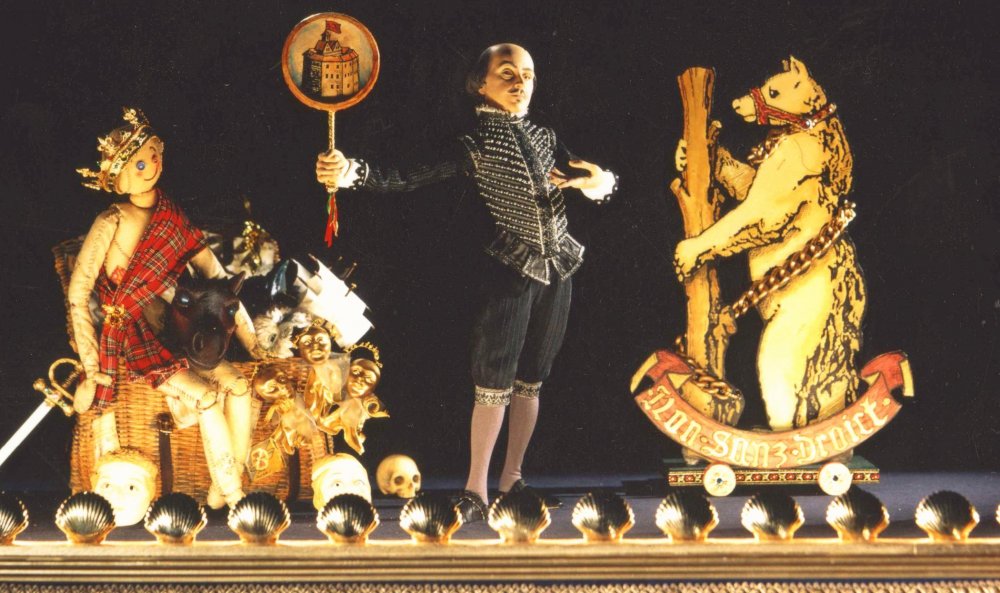 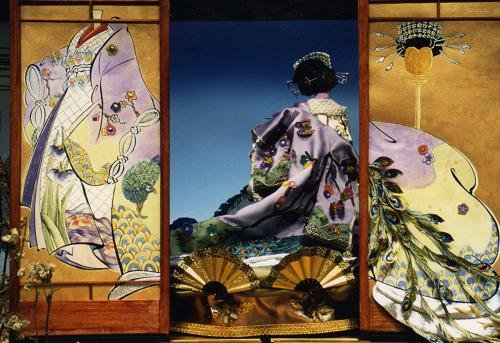 The virtuosity of his debut film was exceeded by his second, the kabuki-influenced Screen Play (1992). The first nine minutes of the film is a single take, filmed over some 12 weeks, which uses sliding panels, a revolving stage, a sign-language narrator who steps in and out of the narrative and a variety of visual embellishments to tell the tragic love story of Takako and Naoki. Imagine preparing blowfish on a tightrope and you get an idea of the level of complexity involved in such a production. The film’s bloodbath denouement, in which the characters are wiped out as the camera leaps through flames and gore, is as surprising for an audience as it must have been cathartic to the animator.

After theatre came opera and in his version of Rigoletto (1993). Purves ambitiously tried to squeeze as much of the debauchery, intrigue and angst of Verdi’s original as possible into a half-hour television slot. The puppets are intricate creatures who sing through articulated mouths and heaving bosoms with the full gusto of the Welsh National Opera behind them. They are dressed in lavish fineries and strewn across epic sets of an intricate design through which the camera sweeps and darts. It is a rich banquet asked to be crammed into a lunch break and sadly much of the carefully sourced ingredients and skilled preparation are lost. 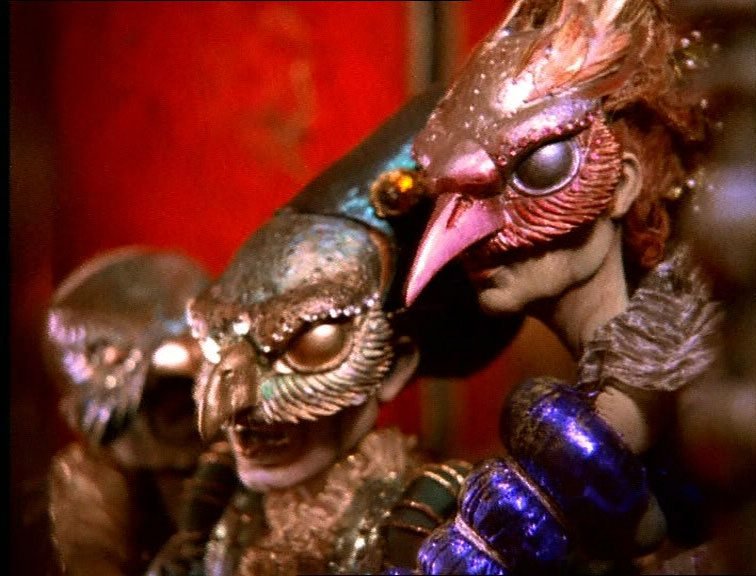 Purves is not unfamiliar with the criticism that his films ask the audience to carry a heavy burden of detail and ideas – it is both a strength and a weakness. His best work is stripped back to concentrate on the essentials, though this is often due to budgetary necessity as much as aesthetic choice. Lights, ingenious theatrical conventions and particularly music are used in innovative ways to add depth and meaning in place of extra time or money. Achilles (1995), which focusses on the relationship between Achilles and Patroclus during the siege of Troy, is a prime example: it’s deliberately intimate, able to reference the epic surrounding narrative but focussed on the charged relationship between the two men. 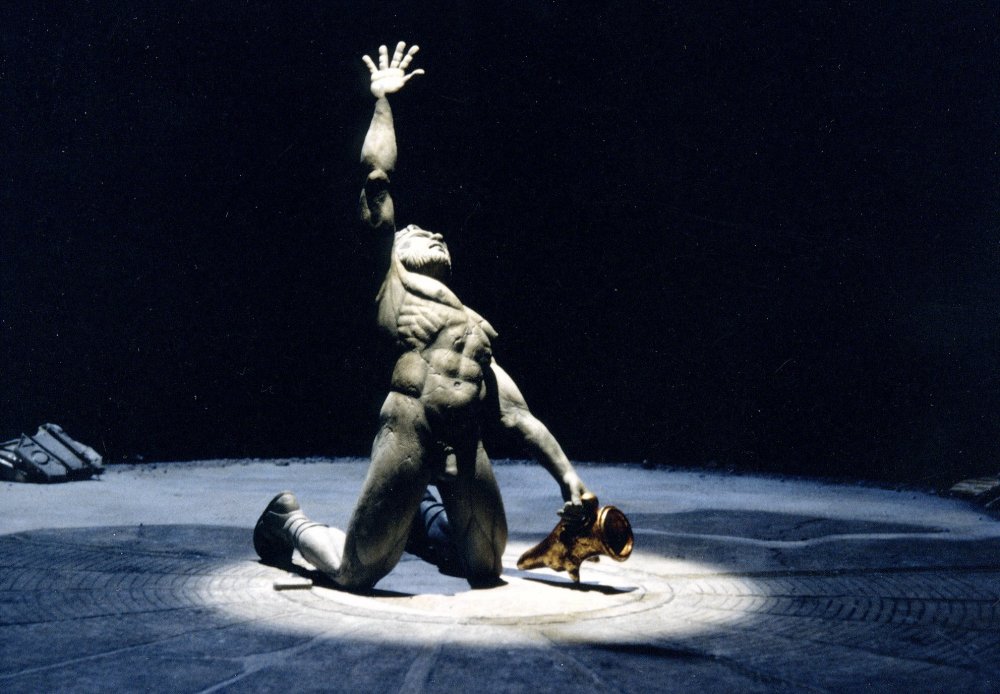 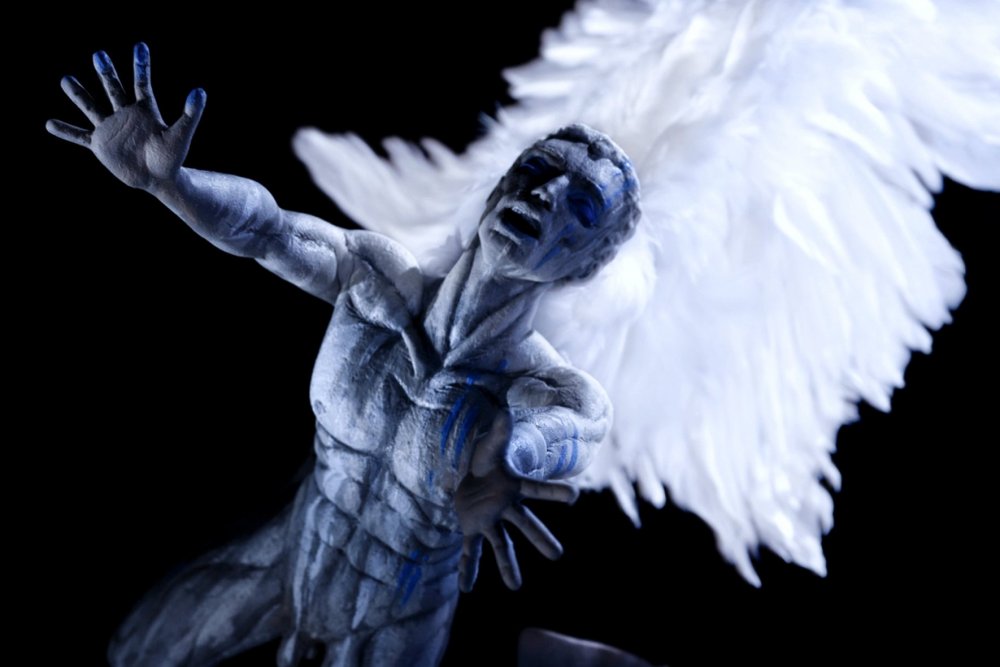 Likewise Gilbert & Sullivan – The Very Models (1998) and particularly Plume (2011) take place pools of light in a black space which isolates the animation and the ideas behind it. Plume was born out the post-Mars Attacks! doldrums and is a purgative piece. An isolated male character with glorious wings has them violently clipped by three Harryhausenesque shadowy beasts. There is no other narrative or setting; the story is one of loss and a recognition that life goes on.

With funding for animation in Britain drying up after the millennium, Purves failed to find backing for Plume for many years and ended up making it in France. Tchaikovsky was a commission funded by Russian television for a series on composers, and perfectly suited to two of Purves’s great passions – music, and stories about the creative process. With a single-room set and one puppet, the film relates the life and loves of Pyotr Ilyich Tchaikovsky in 13 minutes, making expansive use of photos, his writings and of course his music. It is yet another example of Purves’s partnerships of sound and vision, movement and design, that make animation the perfect crucible in which to forge his art. 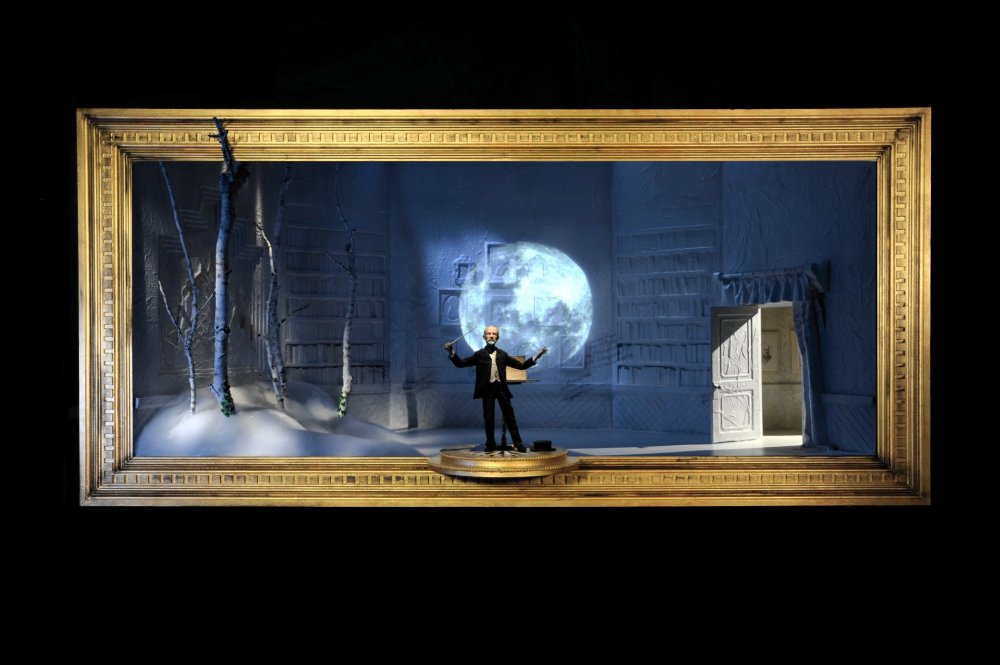 Purves is a passionate speaker and more than generous with his memories, ideas, beliefs and experience, leading to many speaking and teaching engagements. Parents of young children will see Purves’s work almost daily – Toby’s Travelling Circus (2012- ) and Twirlywoos (2015-) are products of Manchester’s reviving animation scene. His back catalogue and bulging sack of future ambitions are awaiting those who wish to look further.

Related to Puppet thespian: Barry Purves, keeper of the flame