How to write a film on a piano: Norman McLaren’s visual music 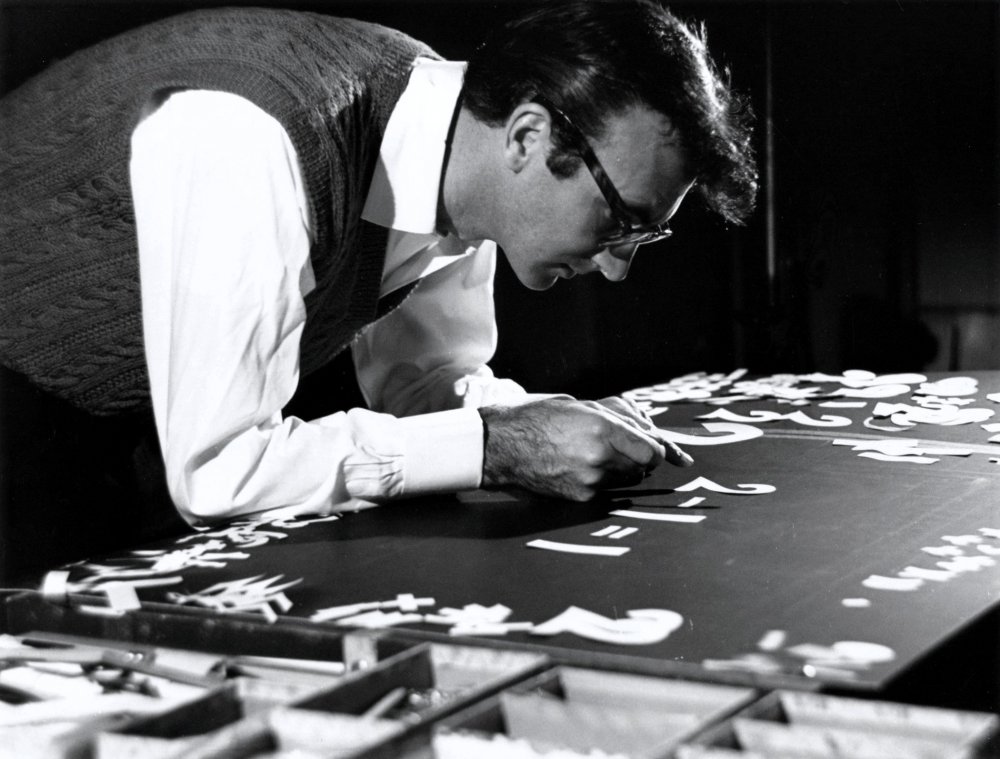 Norman McLaren: ‘I like to look on this new medium as a fresh new musical instrument in itself.’

“I have said somewhere that it was not enough to hear music,” Stravinsky once noted. “One must also see it.” The synaesthesia of Norman McLaren’s animations might not have been what he had in mind but it’s this drive to marry sound and image that propelled the Oscar- and Palme d’Or-winning pioneer. He’s known for making films without a camera; he also created music with light. Half scientist, half artist, McLaren would have turned 100 this April.

Norman McLaren centennial events, including screenings and workshops, have run throughout 2014, run by the NFB in Canada and the Centre for the Moving Image in the UK: see mclaren2014.com, blog.nfb.ca/blog and #McLaren100 on Twitter.
Bristol’s Encounters festival hosts a series of McLaren the Musician events on Saturday 20 September, and the London International Animation Festival opens with a programme of McLaren’s Influences on Friday 24 October.

As a teenager in Scotland, he would lie back with his eyes closed, listening to music on the radio and watching dancing shapes projected by his mind. He started making films, always with “a musical script” instead of dialogue, attempting a “visual translation of the music”. McLaren was a good translator. The visuals of Colour Cocktail, the amateur silent short that led to his discovery by documentarist John Grierson, were so well matched to a gramophone record that people were convinced the sound and image had been pre-synced.

In his early 20s, while working at Grierson’s British GPO Film Unit, McLaren noticed that knife marks on a film’s soundtrack played back as interesting sounds. (Engineers and artists at the Leningrad Conservatory and in Germany had separately discovered this graphic sound.) McLaren scratch-composed a soundtrack for a film but it was rejected by his producer. A few years later, having emigrated to New York, he animated both the images and sounds of his vibrant handmade shorts for the Guggenheim, including Dots (1940) and Loops (1940), in order to avoid paying for music rights.

Soon after, McLaren relocated to the National Film Board of Canada, where he spent most of his career. During his first years there, he founded the animation studio and oversaw a series of proto-music videos set to folk songs. Later, he would work with musicians as diverse as Pete Seeger, Oscar Peterson, Ravi Shankar and Glenn Gould but from early on he told friends of his plans “eventually to be able to compose my own music… I’ve had no formal training – but I know I could compose.” 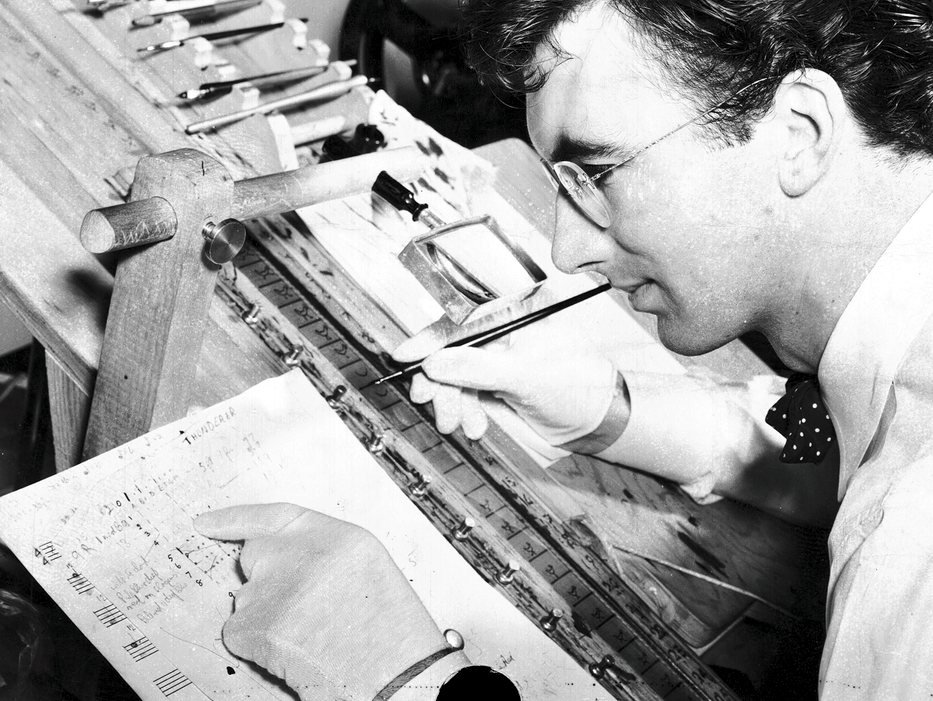 So he composed for the instrument he knew best: actual physical film. He used animated sound, an innovative sort of electronic, optical-graphical music predating Moog’s first experiments and sounding, in McLaren’s words, like “a small orchestra of clicking, thudding, buzzing and drumlike timbres”. These seemingly magical techniques literally produced sound out of drawings.

Although this was frequently termed ‘synthetic’ music, it didn’t imitate instruments, as a keyboard synthesiser does. “I like to look on this new medium as a fresh new musical instrument in itself,” said McLaren. Others filmmakers, including Claude Jutra and the Whitney brothers, would also try their hand at animated sound but McLaren developed it further than any other. He was a literal recording artist: in his technique, to record was to compose.

He marked up a filmstrip’s soundtrack with an array of pencils, pens, brushes, razor blades and other tools. Often, in a freehand improvisational style, his tools hovered and danced on the film as it fed through the Moviola. McLaren controlled tone through shape, volume through thickness and pitch through the number of his slashes. One result was the Morse code-like percussion of Mosaic (1965): when McLaren found the Hollywood-recorded soundtrack he had commissioned “totally unacceptable”, he simply decided to “engrave one on the film myself using a penknife”. He started out making images from sounds; now he created sounds with images. 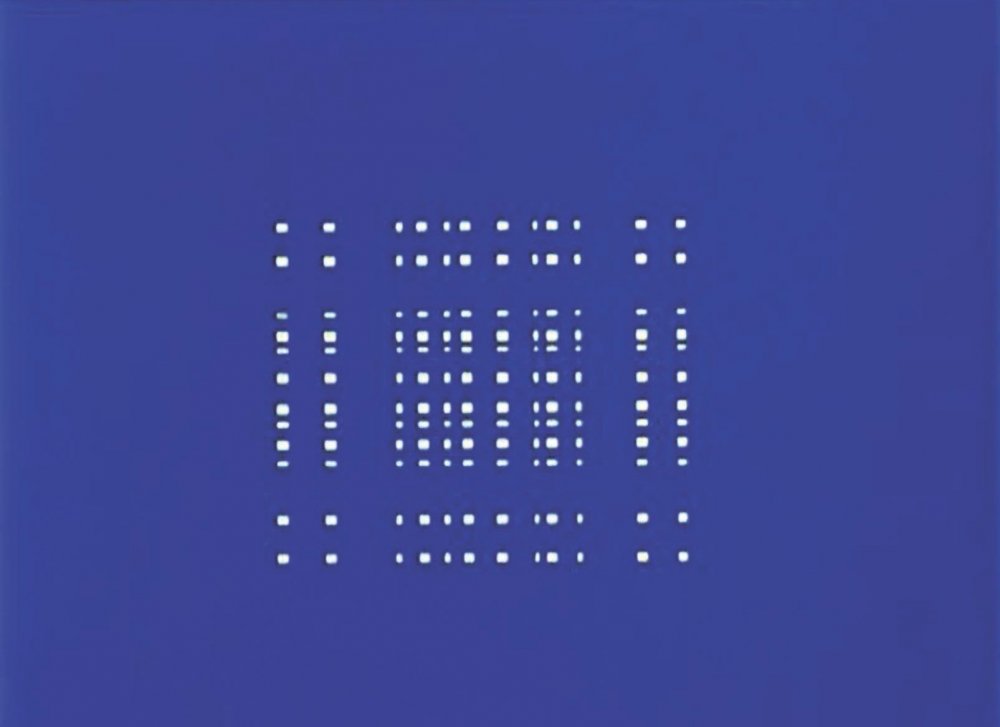 At the Film Board, McLaren both inspired and was stimulated by like-minded musicians. Maurice Blackburn would invent something for each film he did and propelled the founding of the Atelier de conception et de réalisations sonores for electro-acoustic music research; Louis Applebaum experimented on what we would now call a synthesiser. McLaren was invited to join the national composers’ association and to lecture at Juilliard and the Acoustical Society of America. John Cage played McLaren’s music at his New York concerts.

With filmmaker Evelyn Lambart, McLaren developed a deck of pitch cards, a ‘keyboard’ that allowed the exact musical pitches of a piano to be photographed on to the soundtrack. The blips, whirrs, and (in one critic’s words) raspberry kisses of his hand-etched scores made way for this card-animated music, which resembles synthesiser, 8-bit or digital music, decades in advance.

He first used his cards for Now Is the Time (1951), a 3D film boasting a parallel multidimensional audio system of independent speakers that wrapped around the audience. He used the same cards for the Cold War allegory Neighbours (1952), his most famous film. The futuristic, otherworldly timbre of its melodies casts an eerie pall over the film’s otherwise conventional start – two neighbours sitting on their lawns and reading their newspapers – foreshadowing their fight to the death over a flower sprouting from the grass.

Synchromy (1971), the last of McLaren’s many abstract films, was the apex of the card system and the culmination of McLaren’s marriage of sound and image. It’s a rainbow seismograph, a radical animated short in which you see what you hear. The moving kaleidoscope on screen is actually the sound track, the part of the filmstrip that contains the audio; McLaren coloured, multiplied and reorganised it for our viewing pleasure, the catchy, nearly-neon colours paralleling the cheeky boogie-woogie of McLaren’s score. Filming him writing the ‘perpetualmotion’ tune on a piano for Synchromy, photographing pitch cards to match it and finally transforming the soundtrack into visuals, the BBC documentary The Eye Hears, the Ear Sees (1971) explains that “this man is doing something that no one in the world has ever done before: he’s writing a film on the piano”. 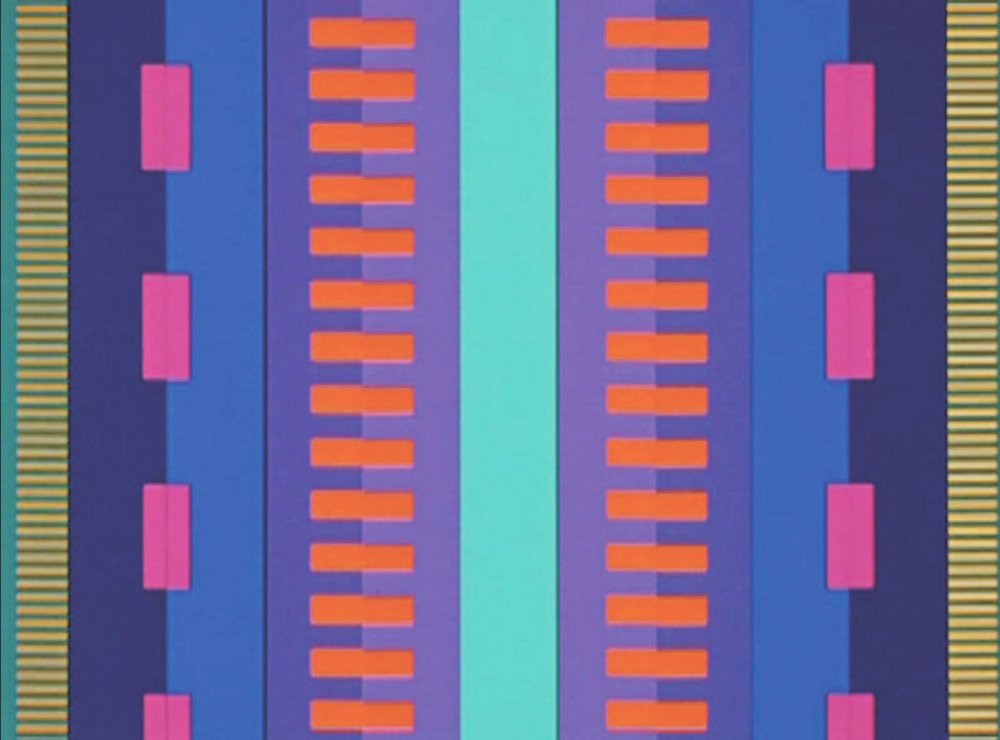 As a musical instrument, film was cheap, ensured a tidy sync between image and audio and allowed instant replay. Such advantages are now offered by computers; one piece of Mac software, Metasynth, creates soundscapes out of graphic designs. Like many of McLaren’s films, Synchromy looks and sounds as if it were made on a computer; his work would be at home in a new-media gallery, scoring a video game or mixed into an electronica dance track. But it isn’t made obsolete by the digital age; it heralds its spirit at its best.

For a time, animated music promised one of the few user-friendly, universal music-making experiences around. UNESCO sent McLaren to train filmmakers in rural China: soundtrack recording was out of the question but they were able to draw on the soundtrack. McLaren concluded: “I would like to make an international language of the music for the film.” That new idiom, for him, was animated music.

“A basic quality of us human beings, and in fact all living creatures, is that we are always moving,” McLaren once wrote. “It is this motion that is the heart of cinema.” Beating through the synthesis of sound and image of McLaren’s animations is the spontaneity – and movement – of life.

Related to How to write a film on a piano: Norman McLaren’s visual music