Paris: animation capital of the world?

Have the French conquered the high ground of art cartoons? 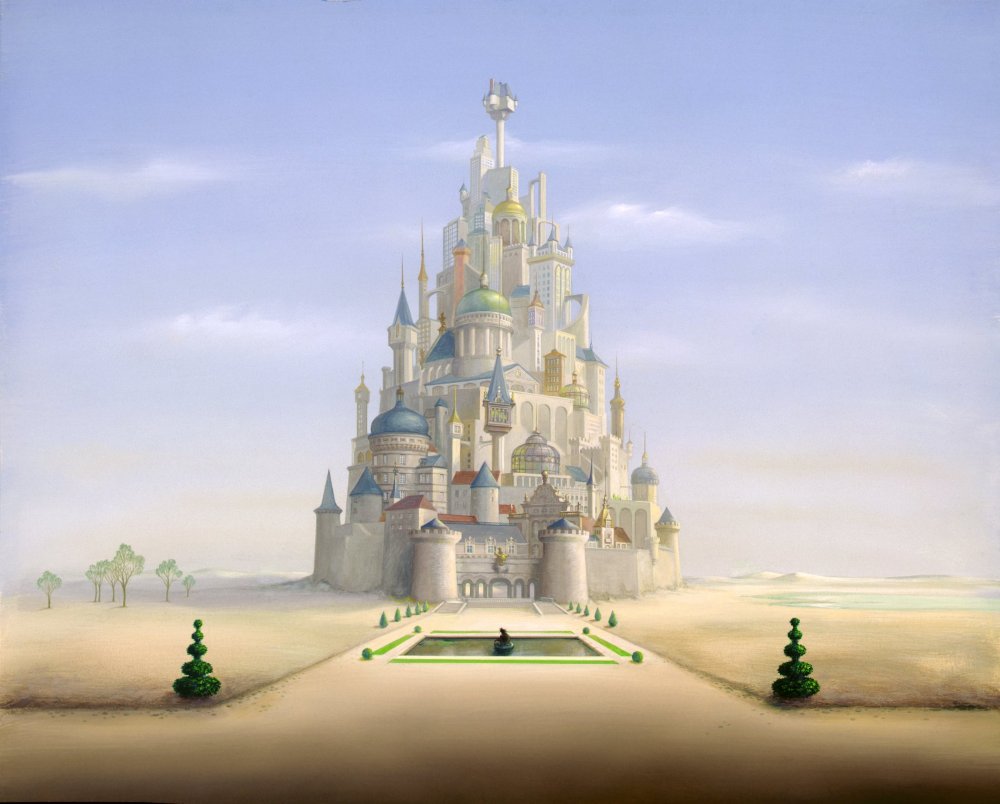 Paris: city of light, love and cartoons. The throbbing heart of Europe’s largest producer, and the world’s third largest exporter, of animated film. The “animation capital of the world”, according to the effusive notes for an upcoming programme celebrating Parisian animation at the Barbican. French animated productions crop up on Oscar shortlists year after year, even occasionally bursting through the Cannes lineup to nab a prize. Every year the nation’s animators, most of them in Paris, pump out thousands of shorts and television episodes, as well as between five and 12 feature-length films – a small figure at first sight, but positively robust when you consider that British animated features come around about as often as a white Christmas.

Three Days in Paris – Old and New screens in the London International Animation Festival 2014 at the Barbican, London on 24 and 25 October 2014.

Given the city’s historical association with films of all media, and its longstanding love affair with the drawn image in particular, Paris-as-global-animation-capital is an attractive image. It certainly appeals to the French, who have nurtured their animation industry through decades of benevolent policies. During the tortured world trade negotiations of 1993, the Mitterrand administration vexed its Anglo-Saxon partners – and indeed everyone else – by insisting on what it termed the ‘cultural exception’. To the French, this buzzword referred to the notion that cultural goods should be exempt from tariff negotiations, on the grounds that they bear an ineffable artistic value that cannot be bargained. To the Americans, it was a measure invoked to stop the French market from being flooded by films from Hollywood and elsewhere.

The debate over the cultural exception has flared up at trade conferences ever since, and the French have generally got their way. Their success reflects a phenomenally strong protectionist impulse that can be traced back through François Mitterrand’s Image Plan of the 1980s, in which many of France’s leading animation schools and studios have their roots, to the efforts of Charles de Gaulle’s culture minister André Malraux to promote and regulate the arts, and beyond. Today, state funding for animation is drawn in part from a levy on all cinema tickets purchased in the country (the TSA, or taxe spéciale additionnelle), and broadcasters invest heavily in productions. Such recent measures as the introduction of a generous tax credit in 2004 have only stimulated the industry, turning it into the envy of Europe. At the centre of it all is Paris, home to some of the finest drawing schools, most sophisticated graphic-art studios and perhaps the greatest concentration of cinemas in the world. 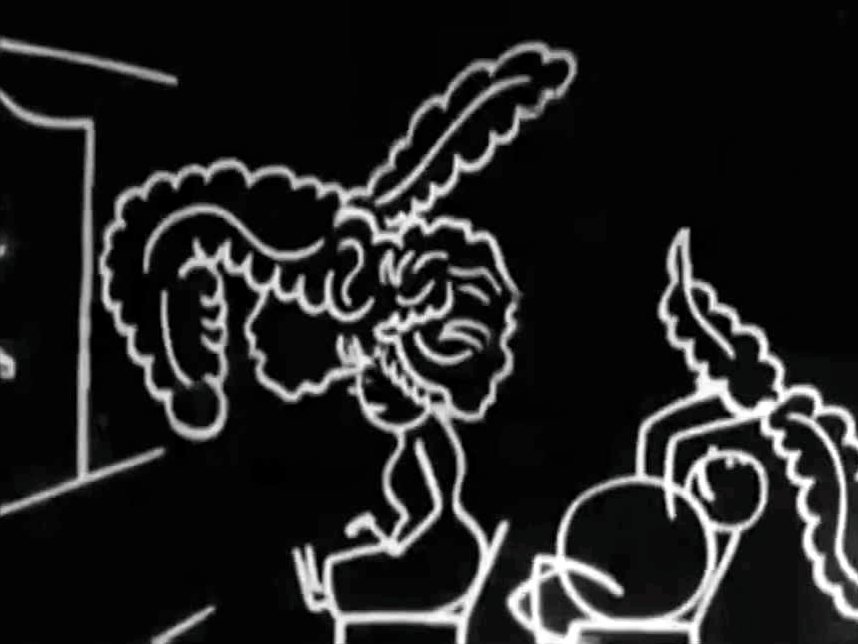 Where does this drive to safeguard its animated cinema come from? As with film in general, France has valued the role of the auteur – the lone animator struggling against financial imperatives to realise his or her vision – since the birth of the medium. In constant competition with the line-produced, powerfully marketed, compulsively watchable cartoons churned out by the likes of Disney and Warner Bros., French animation has come to define itself in opposition to American (and later Japanese) styles. Its dominant mode of production remains small-scale, artisanal, and centred on artistic merit as well as marketability. If this model is to survive, state intervention is all but essential – especially in the case of feature films, which take the lion’s share of state underwriting, owing to the greater costs and potentially greater profit at stake.

Look back to 1908 and Emile Cohl’s Fantasmagorie – freeform, surreal, semi-abstract – followed by Winsor McCay’s Gertie the Dinosaur (1914) – static, functional, bracketed by narrative intertitles. Already a century ago, differences in approach between the two countries were crystallising. Where Hollywood generally favours strong plots, clear character development, gag-driven comedy and a representational form of animation, the French have not been afraid to eschew these in favour of nonlinear narratives, stylistic innovation and a more oblique humour. Over the decades, France’s most successful animated features have repeatedly rejected the Hollywood formula: Kirikou and the Sorceress (1998) features – to the dismay of American distributors – bare-chested African women; Persepolis (2007) is drawn in monochrome and set in Khomeini’s Iran; The King and the Mockingbird (1980) has a meandering plot and an ambiguous ending; Belleville Rendez-vous (2002) does away with dialogue altogether. 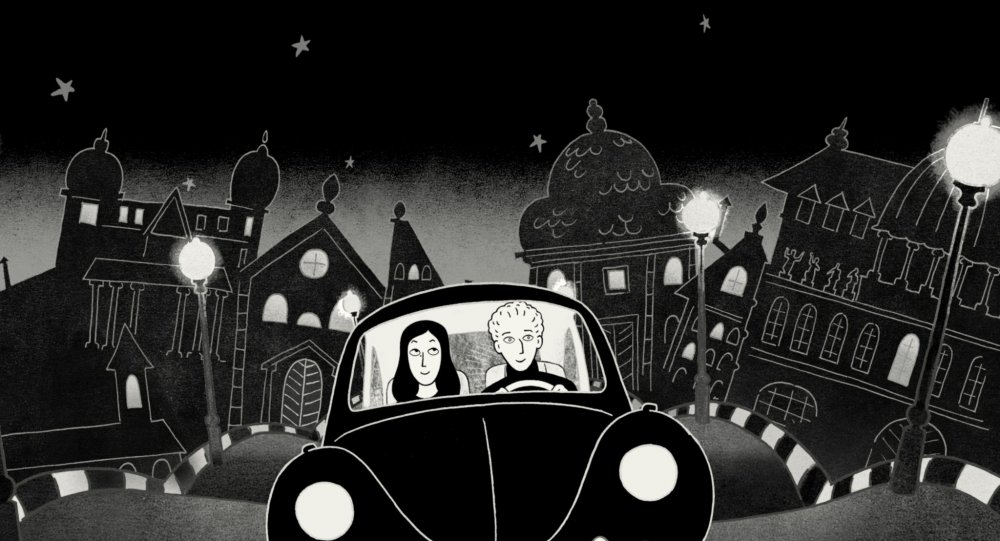 As these films demonstrate, French animation fosters a diversity of styles, as well as something of an international outlook. Hardly surprising, given the noble lineage of animators who have come from abroad to make it big in France, from Hungary’s Berthold Bartosch and Jean Image to Russia’s Ladislaw Starewicz (whose 1931 The Tale of the Fox was the first ever stop-motion animation feature) and the Iranian Marjane Satrapi. Aligned with this tradition of heterogeneous cultural influences are the sector’s close historical associations with other media. A great number of France’s pioneering animators started out elsewhere, whether in theatre, caricature, puppetry or the avant-garde movement of the 1920s. Traces of their earlier careers can be detected in the aesthetics of their films.

And then there’s the pervasive influence of France’s passion for the bande dessinée, or graphic novel. “The French are cinephiles and lovers of literature,” explains Didier Brunner, who produced both Kirikou and Belleville Rendez-vous. “The bande dessinée is a compromise between the two… and the animated film is its cinematic extension.” While 3D graphics have been enthusiastically adopted in some quarters – Despicable Me (2010) was entirely animated by Parisian studio Mac Guff – the 2D look hasn’t been shelved as it has in the States. Sylvain Chomet, director of Belleville Rendez-vous and the Annecy-winning, Oscar-nominated short The Old Lady and the Pigeons (1997), once suggested to me that children will always be more receptive to old-school animation, as they can relate it to their own drawings. But samples of recent viewing figures reveal that the adult audience for 2D animations is swelling too, and with it critical recognition. In France, hand-drawn pictures are acceptable as high art. 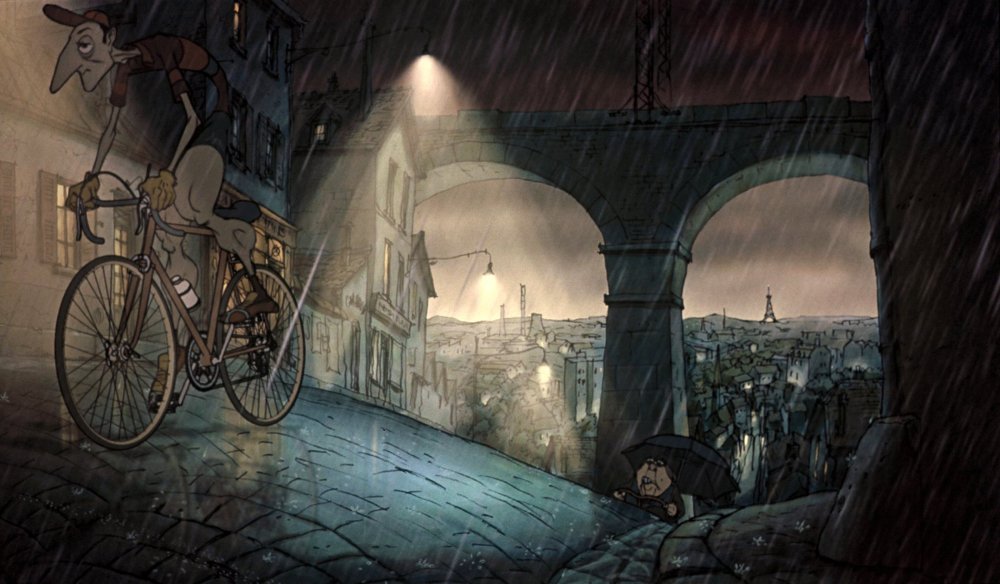 All of which goes some way to explaining the variety and vitality of French animated cinema. Generous state provisions, founded on a deeply held sense of cultural value, are put in place to defend the artist’s voice against blunt market forces. “Cinema, animation, la bande dessinée: these are deeply rooted in the collective unconscious [of the French],” animation expert Gilles Ciment tells me. Cinema isn’t merely a commodity – it is a national project.

Yet despite France’s seductive perquisites, for its animators la vie is hardly en rose. The global recession has uncovered some serious structural weaknesses in the industry, which has been hit harder than the vertically integrated super-studios of Japan and the States. A company like Pixar, which can depend on its marketing muscle to guarantee an audience, routinely signs off budgets of $200 million; a French animated feature would have been lucky to get one tenth of that before the crash, and will settle for far less today. The bankrollers of yesteryear are now far more cautious. “Finding sources to fund a film is much harder nowadays,” says Marc Jousset of Paris-based production company Je Suis Bien Content. “This is especially true of television networks, who used to contribute a lot to the budgets for [animated] features.” 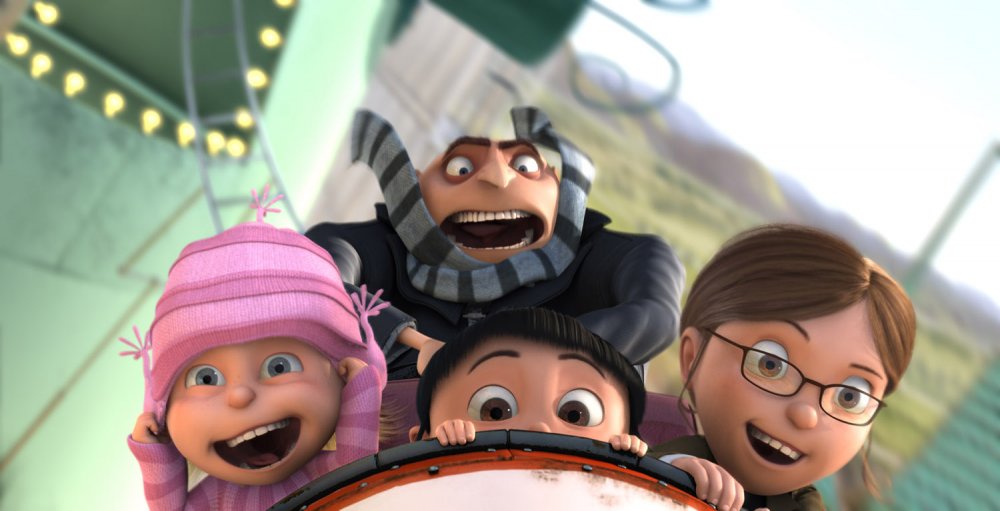 The growth so carefully engineered through government policy has stalled. The sector employed fewer full-time animators in 2012 than it did in 2005. Producers are compensating by leaning more heavily on underpaid freelancers and even unsalaried interns. “Many young animators, ignorant of their rights, work in indecent conditions for no – or very little – money,” freelance animator and storyboard artist Antoine Antin tells me. “Twenty years ago, many animators learned on the job,” adds Moïra Marguin, head of animation at the Gobelins school of visual arts in Paris. “Now, [shrinking costs mean that] they have to be high performers from the word ‘go’. So in order to find employment, they first have to attend animation school.”

At the same time, the current climate has thrown into relief the continuing dependence of French studios on sub-contractors and foreign co-productions – notwithstanding the tax credit’s incentive to keep things local. This has long been the case: the production of that great success story of ‘French’ animation, Kirikou, was scattered over five countries. But at a time when major studios abroad are consolidating their profits, the fragile French industry seems only to be fragmenting. 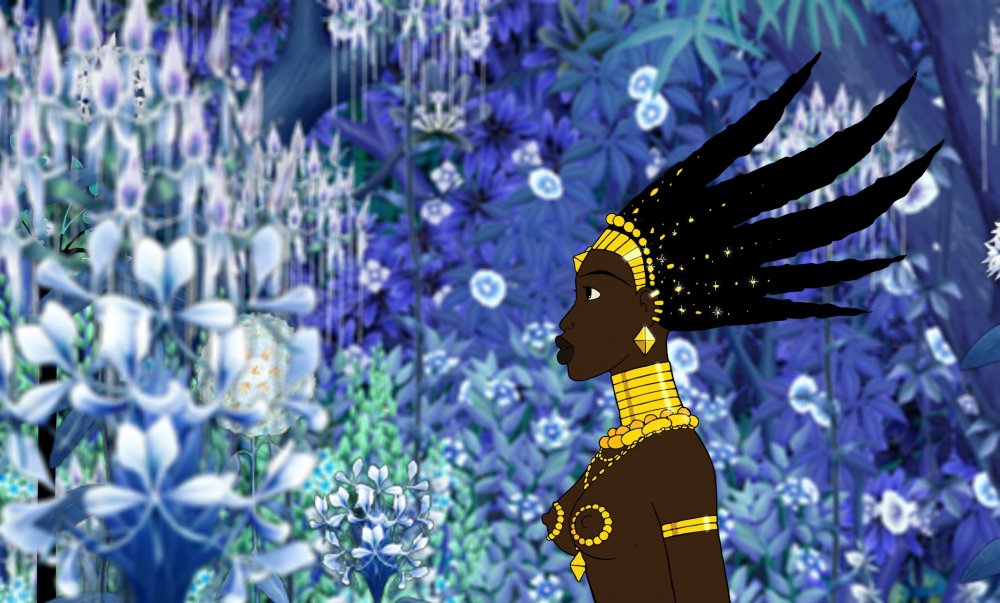 This devolution is not simply an international phenomenon. Within France, Paris may dominate the industry, but arguably not to the extent that London or Hollywood dominate theirs. After all, the most famous animation festival in France – in the world – takes place not in Paris, but 500km away in the Alpine town of Annecy. Many of the nation’s most reputed schools and studios, whence issues a steady stream of award-winning shorts and features, are nestled away in Angoulême, Arles, Valence and Nantes, where local funding is generous and overhead costs are low. Some of these are independent; others are affiliated with a sister company in Paris. “A good balance has been struck between Parisian productions [and] firms in the rest of the country,” says Jousset.

In a country with as dispersed a culture industry as France’s, at a time when only a third of the feature films it produces are 100 per cent homemade, to declare Paris the animation capital of the world is somewhat fatuous. Ciment observes that there is no such thing as a purely ‘Parisian’ animation – the industry is simply too decentralised. The city is perhaps best seen as a regional hub: a melting pot of stories, styles and nationalities, forged from flexible production models and a long tradition of artistic laissez-faire. “France’s animation is diverse, multifarious and free,” concludes Brunner. “It’s a cinema of auteurs!”

Related to Paris: animation capital of the world?