Talking rage, regrets and revelations with the maker of the tragicomic rhapsody It’s Such a Beautiful Day. 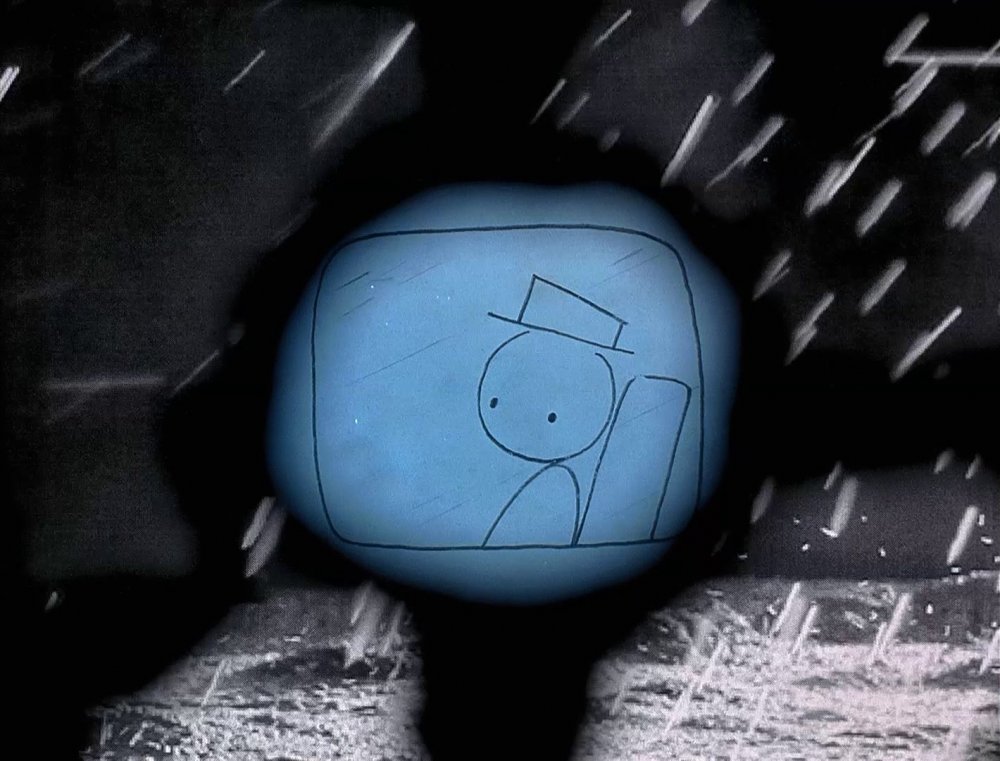 American animator and Oscar nominee Don Hertzfeldt (Billy’s Balloon, Rejected, The Meaning of Life) has been firing out an impressive body of work since the mid 1990s. Don’t be deceived by his minimalist, stick-figure drawing style and comic tones: his work lays bare a rage of existence and madness that creeps and crawls within us. There are times when it howls to be unleashed upon the world, and times when it spurts out in a small shout, a dirty look or a middle finger. It’s Such a Beautiful Day, Hertzfeldt’s magnificent new feature film, does it all.

It’s Such a Beautiful Day screens at the ICA, London for two weeks from 3 May.

Watching It’s Such a Beautiful Day is akin to reading the first chapter of William Faulkner’s masterwork The Sound and the Fury. That chapter is infuriating, funny, disorientating and exhausting, and no wonder, it’s told by a mentally ill character (Benjy Compson), or to take the full source of Faulkner’s title, “A tale told by an idiot, full of sound and fury, signifying nothing.”

With It’s Such a Beautiful Day, we walk in the shoes of Bill, a disconnected, ailing man, as he drifts through the unreliable, disorientating fragments of his past and present. Bill sees the world through small moving holes, and his many, fragmented social encounters reveal a man who is paranoid, obsessed, anxious and generally unable to connect with the world around him. It’s only after overcoming a serious illness (we assume it’s cancer) that Bill slowly begins to get it together and comes to see the beauty that life can offer when you’re looking.

Chris Robinson: What are the roots of Bill’s story?

Don Hertzfeldt: It began with a WWII story I read about Nazis invading a town. The protagonist is in a large group of people who are being marched through the city and across a bridge where they’re going to be shot. 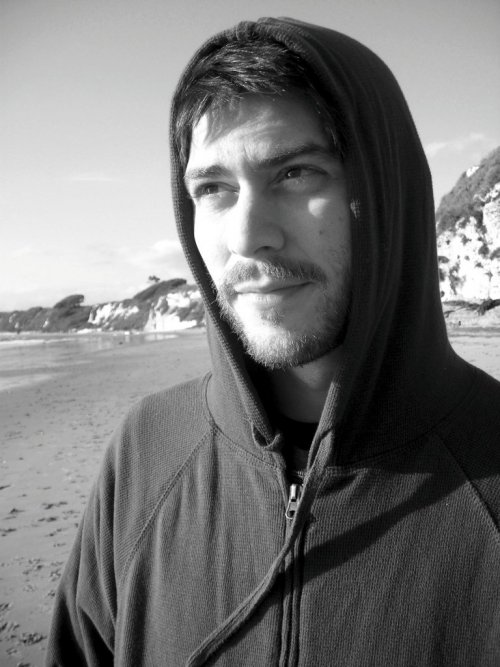 This man has lived in this town his entire life, but as he’s being marched off to die he notices details in the cobblestone streets he’s never seen before. He sees new things in the faces of the people around him, people he’s known for years. The air smells different. The currents in the river look strange and new. Suddenly he’s seeing the world around him for the first time through these new lenses and it’s disorienting and beautiful. It takes a horrible event sometimes to grab you by the shoulders and shake you, to wake you up.

Which is what happens to Bill, except that he faces life-threatening illness.

Bill’s been slapped in the face with something horrible and the world is looking very different to him: sad and beautiful. It’s somebody facing death who hasn’t really yet lived. The routine things he’s used to doing are suddenly completely redundant.

You begin to see how death enriches life and gives everything its meaning. It’s the people who drift around wasting their time, weirdly assuming they’re going to live forever, that are the depressing ones, at least to me.

It’s interesting how you use live action footage throughout. It seems to reinforce the disconnection between Bill and the surrounding world.

Yeah. I guess at its base it can be seen as a story about perception. The whole thing is seen from Bill’s point of view and we’re constantly hearing something resembling an inner monologue. 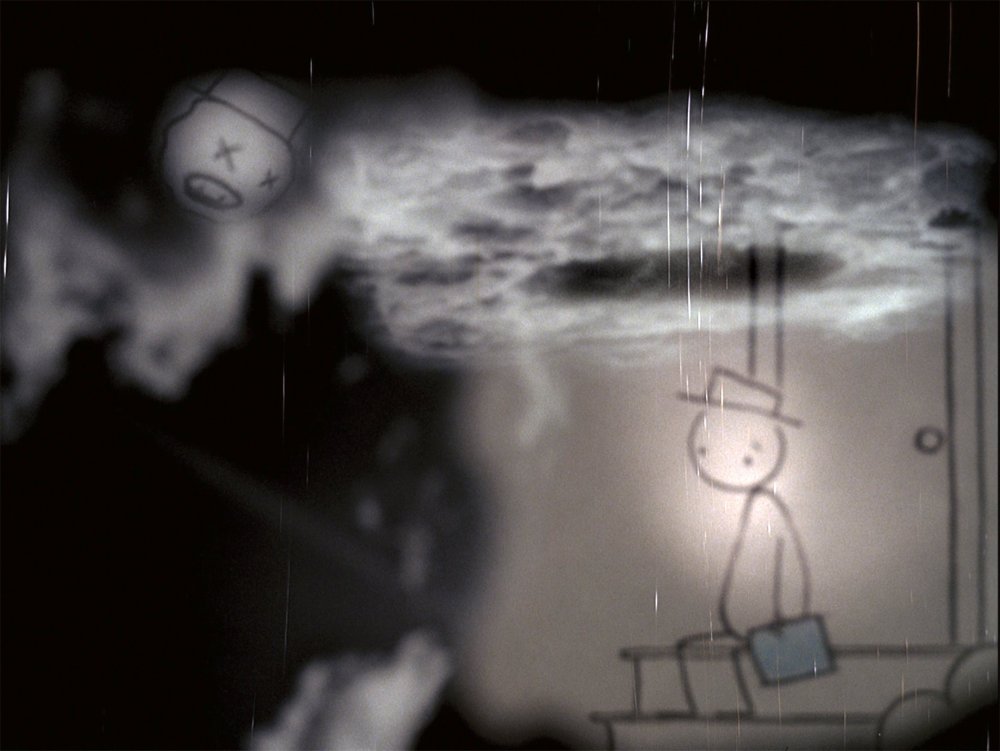 Having the animation run up against a sort of vague live action, experimenting with all the special effects, chopping up the story with fuzzy memories and unclear passages of time slipping in and out – these were all handy tools. There’s lots of strange contrasts going on until it all sort of builds and combines in the third part.

We tend to gloss over so much of our lives. Memories go out of order. We take things for granted, rush around with blinders on and miss all the detail. We forget what’s important and all the colour gets sucked out.

It’s often not until something terrible happens to us that we’re sort of shaken awake from the sleepwalking. Death reminds us we’re alive. A terrible accident is on the news and for a brief moment a person snaps out of it and hugs his kids a little harder that night.

It’s a Beautiful Day is comprised of three previously made short films: Everything Will Be Okay (2006), I Am So Proud of You (2008) and It’s a Beautiful Day (2012). They were made as a trilogy so they fit together seamlessly, but I’m curious to know the motivations behind releasing the films together as a single feature.

I have to admit it wasn’t well thought-out at all; it was mostly an afterthought. Once the final chapter was finished I toured the USA with the three of them. Afterwards I started putting together a new DVD of everything, and it seemed to make sense to offer them there for the first time as a seamless whole.

The newly-minted feature film only subsequently played a small round of theatres with zero publicity until suddenly it was given an award from the LA film critics and was making all of these end-of-the-year top-ten lists. Then it became in demand at festivals.

Knowing what I do now, I obviously should have done a more traditional theatrical release for that version, held off with the DVD, positioned it better for all that awards season stuff, gotten a publicist etc, but all the great attention and stuff happened really unexpectedly. The DVD was pretty much already released, and we’re still a pretty small operation here.

I’m still a bit disappointed in myself for underestimating the interest in the thing as a whole. But at least it’s out there now for anyone to find. 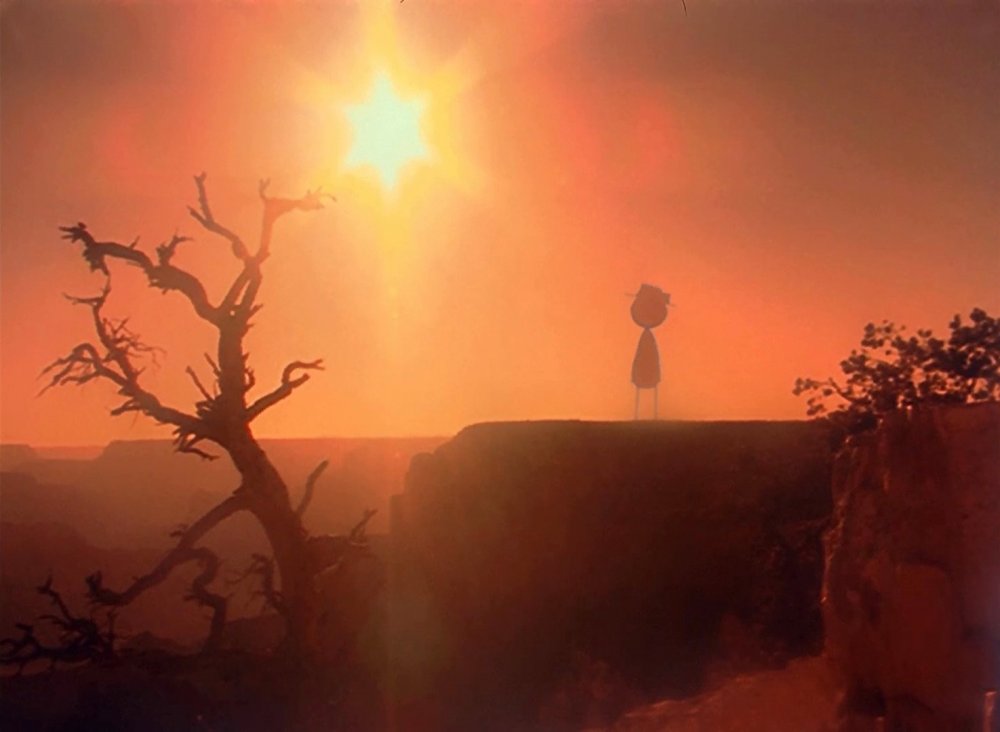 How long did it take to make each short?

Each one about a year and a half, give or take. I took a few months off between parts two and three to go make a terrible cartoon [Wisdom Teeth, 2009 – which is not a terrible film] about a baby being pulled out of a guy’s face.

Did you alter the films at all for the feature?

I cut out the end credits of chapters 1 and 2 and added a new opening to the whole thing that I shot in my front yard.

And because I can do a lot of this stuff in HD from home now, all three chapters were given a much more solid colour correction than they’d ever had before. I spent weeks redoing almost all the levels in the first two and cleaned up a bunch of dirt and scratched frames everywhere. I also evened out the levels of the original soundtracks so everything matched up better.

Structurally, though, they’re otherwise the same.

A few years back you told me you had no interest in making features. Have you changed your mind?

Ha, I don’t remember that. I was probably deep in the trenches of production with nothing but the next two short films living in my head. Now that I’ve cleared them all out, the next project I’m preparing is in fact a new feature film. The script is pretty much finished and I hope we start soon.

With many indie animators now turning towards features, are we starting to see the slow death of short-form animation?