Singaporean filmmaker Eric Khoo talks about moving from live-action to animation with his new film Tatsumi, an adaptation of the profoundly pessimistic stories of Japanese comic-book artist Tatsumi Yoshihiro. 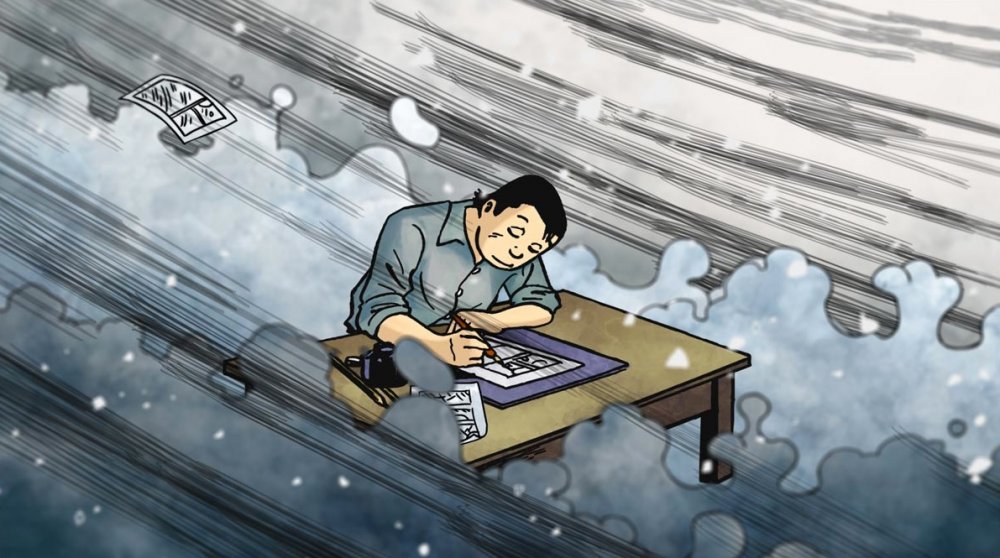 A struggling photographer becomes famous for a shot which appears to capture a loving son massaging his tired mother, then discovers that the mother was in fact being strangled. A young factory worker loses an arm in an accident; depressed, he releases his pet monkey into a zoo enclosure, only to watch in despair as the other monkeys tear it to pieces. A prostitute sleeping with the US soldiers occupying postwar Japan sinks so far into alcoholic self-disgust that she seduces her own father.

This is the world of Japanese comic-book artist Tatsumi Yoshihiro: a world of profound pessimism, peopled by lonely, disconnected, struggling urbanites. Speaking from his native Singapore, filmmaker Eric Khoo laughs as he remembers his first meeting with Tatsumi to discuss filming the author’s life and work. “We had our first meeting in a coffee shop around the end of 2009. When I said ‘I want to bring your stories to the big screen’, the first thing he said to me through a translator was, ‘If you put all these stories together, any viewers will commit suicide.”

Tatsumi’s vison is bleak indeed; it has more in common with the existential crises of Dosteoevky’s Notes from Underground or Camus’s L’Etranger than with better-known strands of Japan’s vast manga and anime cultures such as sci-fi (Akira) or the visionary playfulness of a Miyazaki Hayao. Darker, more adult and on a more domestic, human scale, this is the gekiga version of manga which Tatsumi pioneered and for which – as Khoo’s filmic tribute Tatsumi depicts – he literally wrote the manifesto.

Tatsumi interweaves its subject’s life and work, until it becomes clear his work has been his life and his life ultimately the subject of his work. His vast 800-page memoir A Drifting Life (2009) provides the frame into which Khoo sets five stories selected from his oeuvre: ‘Hell’, ‘Just a Man’, ‘Occupied’, ‘Beloved Monkey’ and ‘Goodbye’. 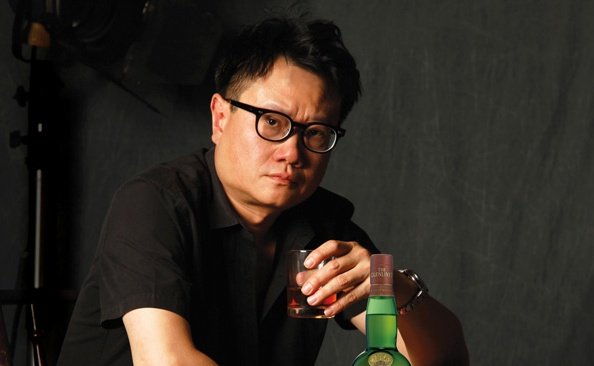 While it was his reading of A Drifting Life that sparked the film, Khoo says this was not the first time he’d drawn inspiration from Tatsumi’s work; the film finds him setting aside the live-action cinema (Mee Pok Man (1995), 12 Storeys (1997), Be With Me (2005), My Magic (2008)) which made his name to return to the start of his career. “When I was [doing military service] I used to do comic stories for books, magazines and graphic illustrations,” he remembers. “A friend passed me Tatsumi’s Goodbye and Other Stories, and it was really through this collection that I was inspired to come up with the stories for my own graphic novel.”

Just as Tatsumi the artist set gekiga apart from manga, Tatsumi the film refuses any easy relationship with anime. For any screen adaptation of manga, the anime tradition provides a ready-made toolbox of styles and conventions. But Khoo’s film carefully eschews this route, striving instead to maintain a fidelity to Tatsumi’s original imagery. Partly, Khoo explains, this was because there was something particularly cinematic already written into Tatsumi’s printed work: “Tatsumi always envisioned himself as a filmmaker. He’s a cinephile, he’s watched a lot of European cinema, and when you look at his books it is really like a storyboard; he’s thought out all the shots.”

But Khoo was also wary of losing particular qualities, such as the expressive movement and rhythm of Tatsumi’s line, from the printed page. “If you look at his drawings,” he says, “the lines shift and curve when motion happens. That was to do with the brushes he was using back then; it’s not just one straight line.” As part of this attempt to make an animation – but resist anime-tion – Khoo even sought at times to match his film’s tonal palette to that of 1970s Japanese printing: “In ‘Occupied’ we have a lot of the orange-type colour used in the 1970s. It was a much cheaper colour-separation technique back in those early comics.” 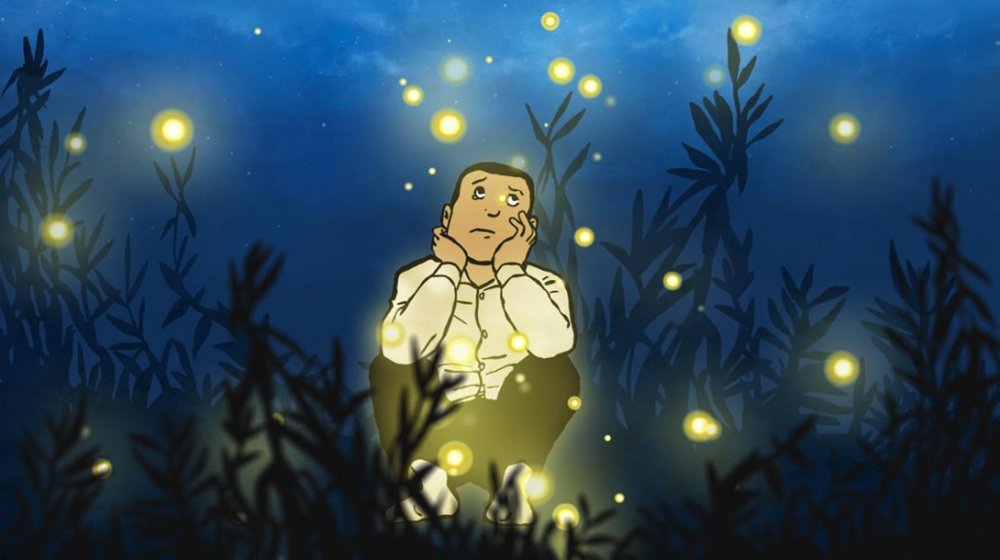 The results occasionally feel awkward or rough to an eye adjusted to the smoother conventions of anime; at times Tatsumi’s characters have a cut-out stiffness. But it also produces sequences that make you see afresh the basic process of animation: a string of discrete images strung together into miraculous fluidity. And Khoo was happy to avoid the well-trodden path: “My main instruction to my animation director Phil Mitchell and his team was that it must look exactly like Tatsumi’s style. I didn’t want to make an anime film; it was more like we were working towards making a manga or gekiga book move or come alive.”

To this end Khoo also spent three months prepping Mitchell’s team of 25 young Indonesian animators, showing them Ozu Yasujiro films and period photography so that they were using appropriate colours and adding historically correct detail to Tatsumi’s memoir. “A Drifting Life is in black-and-white and it chronicles life in the 40s, 50s, 60s, and we weren’t sure what kind of colours [to use]. A bus or a train in Osaka in the 50s – what colour was it? We didn’t want to make any mistakes, right down to the tiling of the floors.”

Tatsumi himself became a key part of the process, as the internet connected a three-way production between the animators in Batam, Indonesia, the director in Singapore and Tatsumi in Tokyo. “Any time we were in any doubt, we’d email it to Tatsumi-sensei for verification,” says Khoo, though this meticulousness also provoked Tatsumi’s natural pessimism (“Every time, he’d say, ‘I’m getting old, I’m getting old…’”)

Tatsumi, now aged 76, lived to see the film completed, and is working on a second volume of memoirs to follow A Drifting Life. His pessimism also proves unfounded when watching the film; no viewers will be staggering from the cinema to the nearest bridge. Not that Tatsumi has anything so simple as a happy ending. I ask how Khoo would characterise it. “There’s hope!” he says. “We end it on a note of hope, and how you’re going to keep creating. And the last drawing that he’s illustrating [as the film fades into a live-action shot of Tatsumi at his desk] is the first moving image in the film. So it’s almost like saying he wants to go to new worlds and discover new things, and for me, what he’s doing at the end is actually making this animation film.”