The tracks of time: Sarah Turner on Perestroika, her Siberian train travelogue to the end of the world 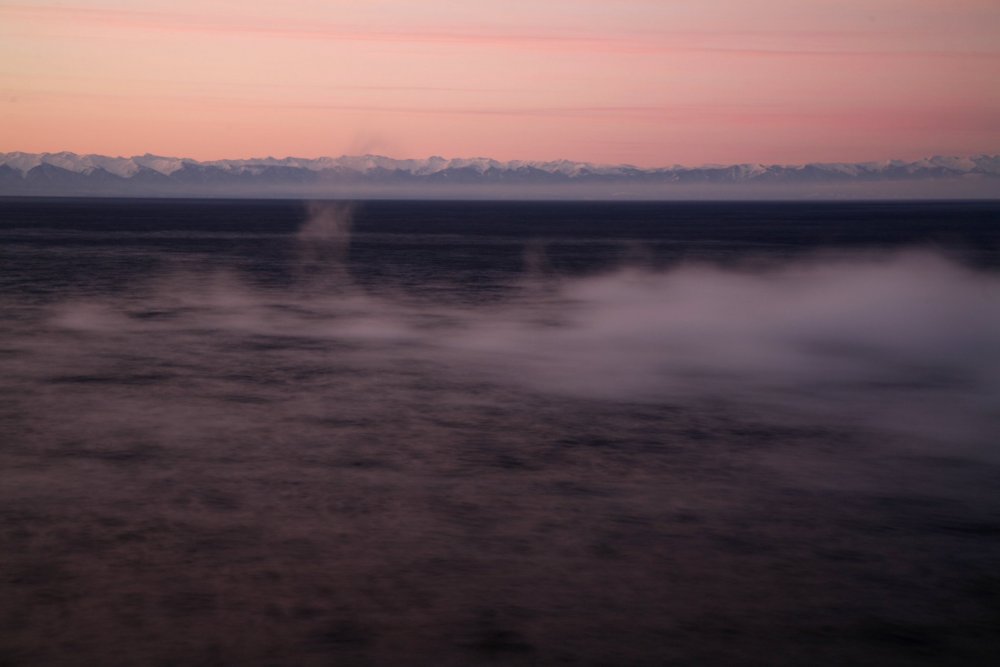 Lake Baikal seen from the Trans-Siberian Express in Perestroika (2009)

Perestroika, Sarah Turner’s second feature, layers two train journeys through Russia, the first with, and the second in memory of, her friend Sîan Thomas. A docu-fiction, a moving memorial and an elegy, the film is part of a fascinating moment that sees British experimental film bringing its memory work from installation and art spaces onto the big screen.

2014 update: Perestroika is now available in a revised and extended version as Perestroika / Perestroika: Reconstructed on Blu-ray and DVD from Lux.

The film is narrated from the point of view of a filmmaker – ‘Sarah Turner’, who we only ever see as a reflection in the night-darkened windows of the Trans-Siberian Express – suffering retrograde amnesia, the loss of an understanding of oneself in time. It begins with a vision of her own death in a bicycle accident and moves through those twin train journeys to a reawakening to life. It’s book-ended with footage of steam or smoke rising off the oily waters of Lake Baikal, at once an ecological nightmare and a profound figuration of the painful, illogical ways that memory arises and transforms us.

‘Sarah Turner’ is and isn’t Turner: the film draws on and documents autobiographical experience through a subtle fictional lens. In 1987, Turner was a Fine Art student at St. Martin’s just discovering film-making. Video camera in tow, in 1987 she joined a trip on the Trans-Siberian to Irkutsk, led by Thomas, a Russophile who had organised tours for filmmakers and trade unionists. She kept the footage but never used it, in part because Thomas died in a bicycle accident in Siberia in 1993, shortly after Turner had attended her wedding. Among her videos was a recording of the group singing a canon in the perfect acoustics of a mausoleum, which appears on Perestroika’s soundtrack. “It’s the sounds that haunted me,” says Turner, “because sound is more alive, we’re hearing it now reverberated and echoed in our bodies.” 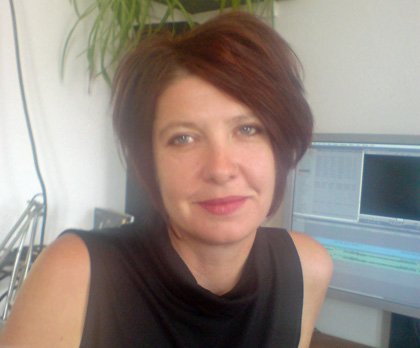 Twenty years later Turner returned to Russia with an HD camera and (assisted by photographer Matthew Walter) a digital stills camera. No longer an art student, she was now an accomplished filmmaker. She’d taken an MA at the Slade, curated for the LUX and for the NFT’s avant-garde program and begun making short films with support from the Arts Council and Channel 4. She’d worked on feature screenplays with support from the BFI and subsequently FilmFour, but eventually jettisoned conventional screenwriting when the landscape of an artists’ retreat she’d visited in Spain led to her unscripted first feature Ecology (2007), a haunting, lambent film that screened as part of the Derek Jarman season at the Serpentine Gallery.

After that successful experiment Turner felt committed to long-form narrative film and, rather than return to short film, conceived of Perestroika as a further experiment with “the contingency and freedom of digital film.” Having the idea of making a fiction feature, she shot the new footage, combined it with the ungraded and unaltered archive footage in a ten-hour rough cut, then wrote her voice-over.

It’s a voyage of memory, photography, and death, reminiscent of Sylvia Plath’s poem ‘Lady Lazarus’ (Turner embodied Plath in Sandra Lahire’s 1991 film of the same name), which describes a female Lazarus putting her flesh back on and rising ‘Out of the ash’:

I have done it again.
One year in every ten
I manage it — 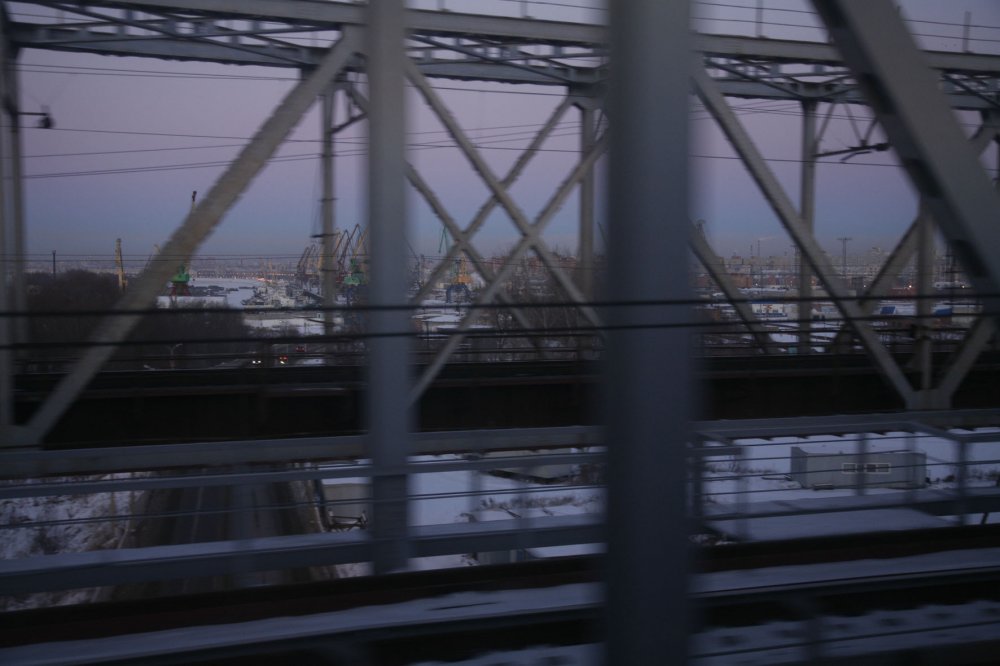 The film mourns the erasure of Soviet history, as well as Russia’s ecological losses, visible in the landscape of factories and in Irkutsk. Where in December 1987 there had been thick snow, 20 years later snow is only beginning to fall, as we watch tourists board a Lake Baikal ferry to the mournful strains of ‘Wonderful Life’.

The familiar song in the unfamiliar setting – a once-inaccessible place become accessible through globalisation and global warming – works, as many other displacements in the film do, to shake the viewer’s idea of the real. Turner describes the movement of the film from documentary reality to the symbolic or psychic reality condensed in the closing image.

“I wanted the indexical and the uncanny to change places by the end of the film,” she says. “I needed to believe in my stomach that that fictional character ‘Sarah Turner’ believed that the water was on fire. There are real facts of life within a fictional structure, but what is evidence, fact, and what is affect?”

The voiceover that leads us through the film carries the force of this question, as it moves from factual ‘notes to self’ about filmmaking and the sweltering train into the confessional mode as the insomniac speaker becomes feverish and begins to experience past and present as a single time on the endless train journey. Turner describes her fictional surrogate’s retrograde amnesia “as a metaphor and a narrative conceit. Without memory, there is no experience; likewise, without the other, our memory is lost because, when a person dies, we lose their experience of us, how they hold our stories. Memory is no longer a living thing, constantly constructed.”

This is the condition in which ‘Sarah Turner’ finds herself, with only the briefest amount of footage from 1987, and only a few sequences that show Thomas, including one that becomes the centre of the film: a short sequence that shows Thomas taking a photograph of Turner filming. Turner had kept that photograph on her wall, not knowing how she’d obtained it from Thomas. “It’s shocking when the moment of its taking is shown in live action: the person who is dead, Sîan, is alive and taking a photograph of an alive person [Turner], who is ‘dead’ in the photograph.” 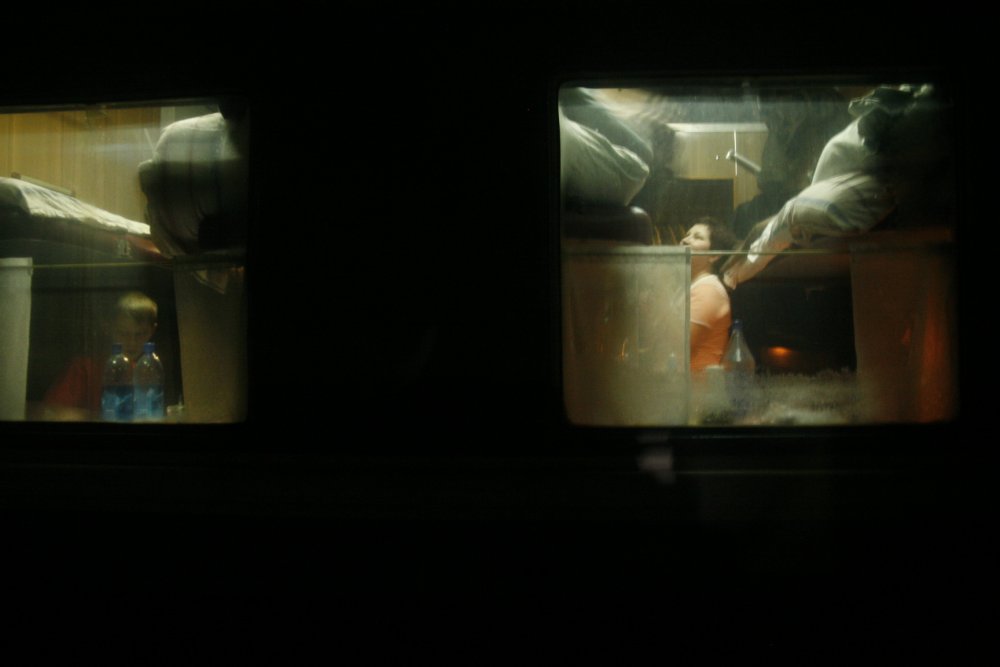 Roland Barthes’ ideas of photography as death haunt the film extensively, as do Jean Laplanche’s and R.D. Laing’s ideas about memory and the relational narration of the self, and for Turner part of the process of filmmaking was metabolising, rather than dramatising, these theoretical currents and interests through the form.

“Films think, they embody theory affectually. I’m possibly more concerned with feeling as a mode of thought, particularly in relation to that question of fact and fiction in relation to experience. I put the camera in the place of feeling: I don’t stage it, or watch people acting something that gives you the sense of feeling. Visceral, experiential, affectual: these are the words I’m interested in for cinema.”

The viewer is taken on the train journey through the rhythmic editing of the stills (about 3,000 in one five-minute sequence), accompanied by the metronomic sound of the shutter following rhythmically the cuts between the stills that match the flicker effect of the train’s passage, so the stills appear to be slow-motion footage. With film’s flicker effect thus disrupted and made visible, we enter the protagonist’s lucid dream state.

“The only time people sleep in public is on trains and in cinemas,” Turner observes. Our suspension in the strange space of the narrator’s insomnia induces a hypnagogic state in the viewer similar to the monotonous reverie of train travel. When voices and images from 1987 appear, it is almost as if the film itself is dreaming. The grain of the sound, and of the analogue video footage, are “technologies of memory: I didn’t just use the archival footage for the content, but for the look, sound and feel.” 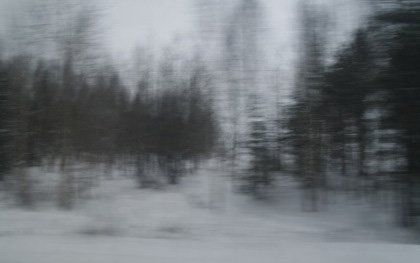 “I feel this for you now,” the narrator says, looking out at the lake. ‘You’ is as layered as the soundtrack: it refers to Thomas, to ‘Sarah Turner’s’ partner who has accompanied her on the trip, to Russia, to the land, and finally, encompassing them all, to the viewer who – distant in time from both sets of footage – shades into the Angel of History, an embodiment of the impossible smoke rising from the water, brought into the film by the narrator’s feeling, her reaching out. The waves on the lake are a sign of something terribly wrong: but as Turner points out, the IPCC report before Copenhagen stated that the Amazon rainforest will burn when the temperature rises two degrees. “It’s a cultural real that is outside a Western imaginary because we don’t live in the extremes of climate change.”

From the clatter of the train through the sounds of insomniac grief to the ‘wonderful life’ of our burning seas, Perestroika confronts that hallucinatory real, and makes crisis visible by layering personal and political griefs. It brings the viewer numbed by statistics and news footage back to life – and makes the heart race.

Related to The tracks of time: Sarah Turner on Perestroika, her Siberian train travelogue to the end of the world