Strange energies from the east: Target, Innocent Saturday and The Fatherless

Jonathan Rommey on three festival finds from Russia and Austria, including a sci-fi cult attraction extraordinaire and a portrait of Chernobyl awaiting meltdown.

As a rule, critics have learned from bitter experience not to expect revelations from Berlin, especially not from the flaccid and usually middle-brow competition selection. Surprises, if they come, will be from left field – and the one film I saw this year that can genuinely be called a UFO is a Russian science-fiction extravaganza, shown in the Panorama section. Target (Mishen) – ‘The Target’ would be a better translation, to make it sound less like an action thriller – is an extraordinary, flamboyant, hugely ambitious chunk of dystopian futurism.

It’s set in Russia in 2020, when the rich are even richer than now, when Chinese influence is in the ascendant, and there’s a superhighway running across the continent direct from Guangzhou to Paris. Characters include a customs officer – who, presiding over highway traffic, has become fabulously rich – Russia’s Minister of Natural Resources and his trophy wife (British actress Justine Waddell) and her manic reality-show host brother. They all leave a CGI-enhanced futuristic Moscow for a secret astrophysics site on the Mongolian border, in search for the source of youth. They find it, return home… and then things get strange, but certainly not in a predictable manner.

A sumptuously-designed, constantly surprising piece, Target uses the science-fiction genre rather in the way that Alphaville, Stalker and Fahrenheit 451 did, to philosophical effect – although in this case the production values are on a much more sumptuous, Spielbergian / Kubrickian level. Some of the social satire, notably some Fellini-style TV sequences, is heavy-handed, but Target is distinctive in being at once modernistically sleek and traditionally Russian; along with some Solaris-style oases of ruralism, this is one of those films where characters intermittently recite Lermontov poems to each other. 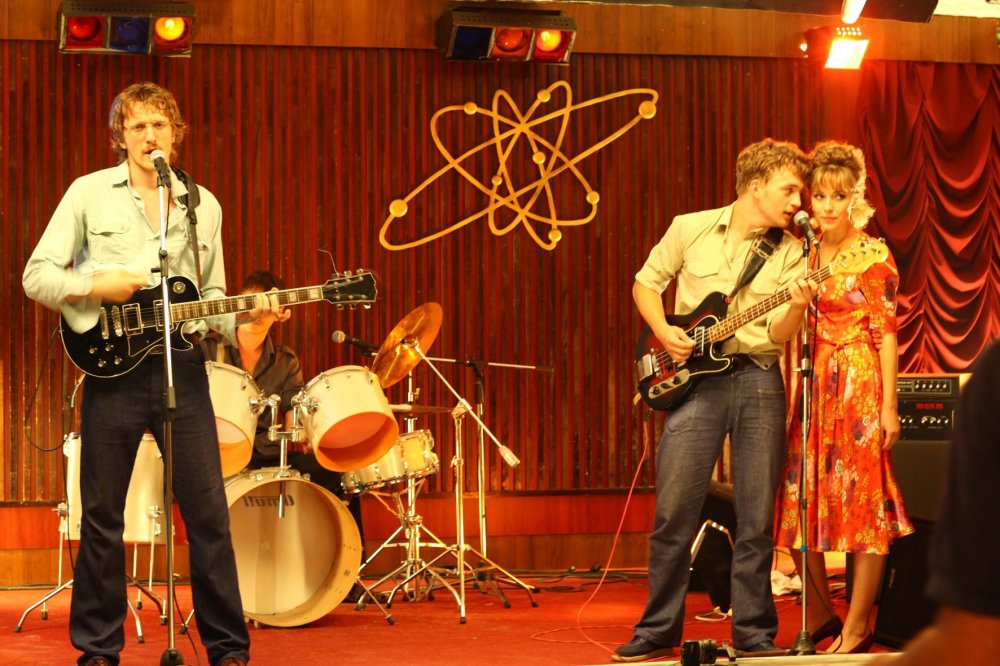 Target continues the recent stirrings of new energies from the former USSR, following Sergei Loznitsa’s Ukrainian My Joy, and How I Ended Last Summer, a hit in last year’s Berlin competition. I was also impressed by Innocent Saturday (in the original Russian title, simply ‘On Saturday’), Alexander Mindadze’s evocation of life on the ground in the 36 hours between the explosion of the Chernobyl reactor and the start of evacuation.

The mood of panic, and the sense that escape is too late even before it’s begun, is concentrated in the figure of one man, Valery, an engineer and Party official who makes a desperate and desultory attempt to leave town, then gets sucked into a frenzied wedding party. The film’s style, as the camera pelts wildly on its hero’s heels – across town, through foliage, in and out of hectic dance-floor crowds – is relentless and ultimately exhausting, but there’s a hard metaphoric core in a film that is also about the then-imminent Soviet meltdown. And it was certainly the most purely energetic film in competition.

The other key discovery for me, albeit a quiet and hardly mould-breaking one, was The Fatherless (Die Vaterlosen), an Austrian family drama by Marie Kreutzer, also shown in Panorama. An inquiry into freedom, family relations and the weight of the past, it ostensibly explores similar material to Lukas Moodysson’s Together. Its characters are the offspring of a hippie-style patriarch who founded a collective in the 1980s. Now grown up, the children return to their old country home after their father’s death, hoping to resolve old tensions.

While there’s nothing radically novel here, Kreutzer’s mature insights into the contradictions of family life are subtly worked out, with touches of laconic wit, and the ensemble acting is superb. It’s also beautifully shot (by Leena Koppe), but never over-aestheticised. First-timer Kreutzer is one of a number of young women writer-directors making striking, intimate dramas in German (cf. Maren Ade, Pia Marais) and she shows fabulous promise.