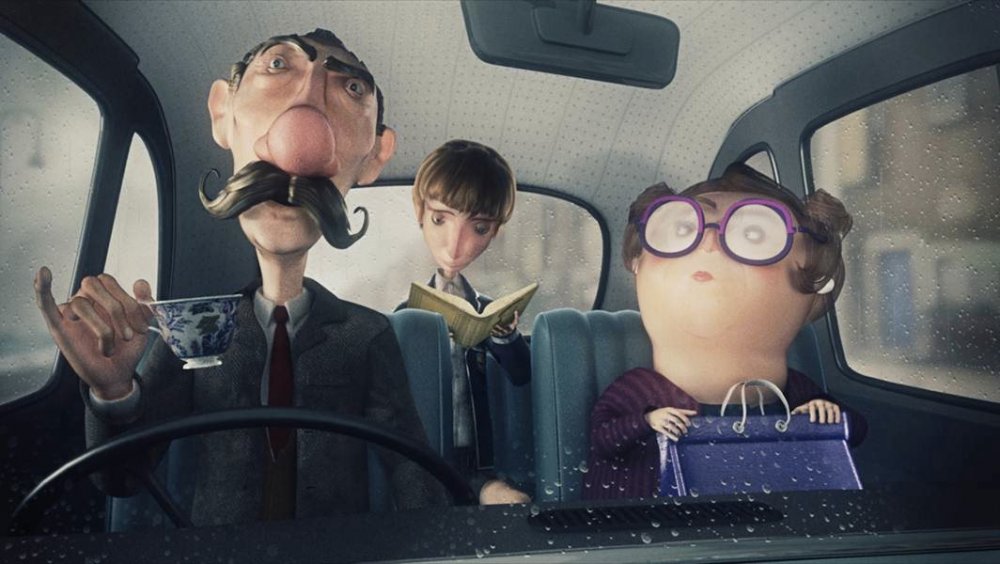 As BFI National Archive’s animation curator, I’m always keen to see how the form is represented at the LFF, so I was pleased to see that a stop-motion film – Tim Burton’s Frankenweenie – would be kicking off the whole event this year.

Flicking through the programme, however, the stand-out event for me was the ‘Cult’ gala of the British production A Liar’s Autobiography: The Untrue Story of Monty Python’s Graham Chapman, featuring the work of 14 different animation companies in a 3D extravaganza. I’d been eagerly awaiting its release since I first heard of the project, and perhaps because of this it fell a little short of my expectations.

My problems centred on the source material – or perhaps Chapman’s own delivery of it, in the audio recordings that form the spine of the film. A complementary LFF screening of some of his rarer television appearances clarified that Chapman’s physicality was a vital part of his performance. Ironically, few sequences achieved the kind of ‘animation’ of which he and the other Pythons (who formed most of the voice cast) were capable, often with a simple look or expression.

The film was at its best when it used animation’s unique skill-set to explore more subjective perspectives, and when it veered away from the recordings to portray the difficult period when Chapman had to confront his own alcoholism, something he kept much more closed than his sexuality. The “three difficult days” of illness and cold turkey from alcohol were beautifully illustrated in an oil-on-glass sequence by The World of Arthur Cox’s George Sander-Jackson. It’s a fascinating film that I look forward to seeing again, but I think there are others to be made that explore the life and work of this enigmatic figure, which may benefit from a more distant perspective than Chapman’s own. And it was another reminder that the less you know about a film going into it then the better it invariably is.

The double-bill of international animation panoramas of recent years was sadly reduced to just one this year, although the reduced quantity ensured a high quality, with rarely a bum note struck in 95 minutes. Three of the films included burrowed deep into my brain in the following days, in very different ways. 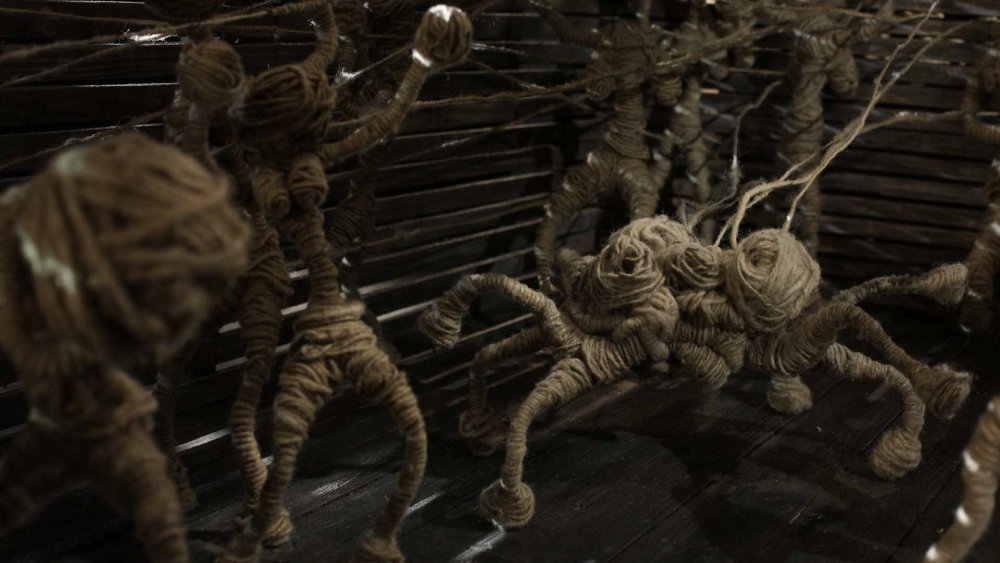 Estonian Ülo Pikkov’s Body Memory (Kehu Mälu) [trailer] is a profoundly moving film (I find there’s something about stop-motion animation that makes it able to root into the deepest and darkest places). Billed as a reflection on the idea that the body sustains the stories of our predecessors, it builds to an increasingly unsettling portrait of the unravelling of humanity and individuality under the most desperate of circumstances.

(Off-festival and in a completely different vein, Pikkov’s Dialogos [vimeo.com/63580420] is one of the most pleasurable ways to spend four minutes and 47 seconds there is, in the hands of an exciting, challenging filmmaker.) 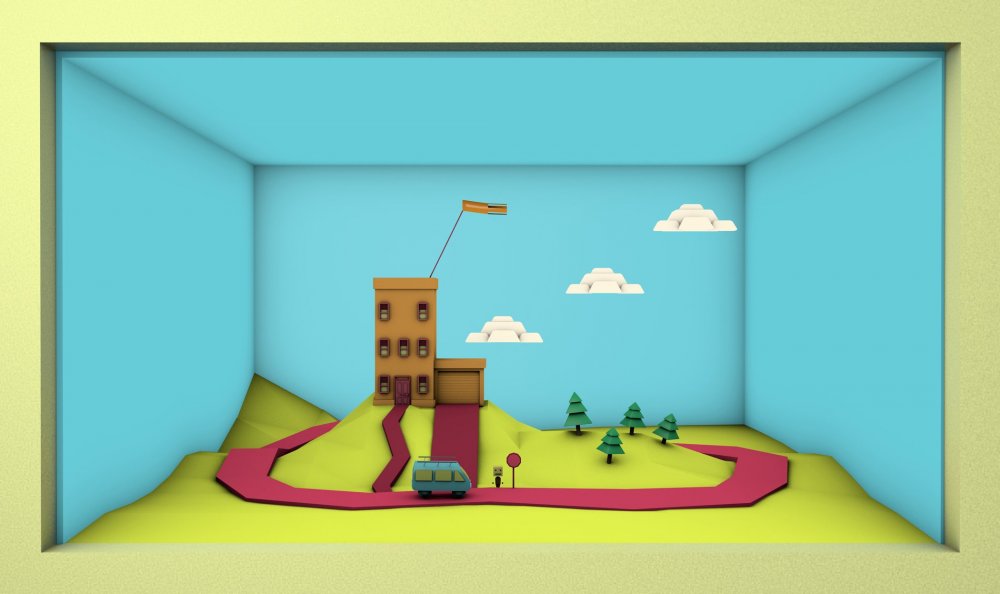 Adam Wells’ tag line to his webpage is ‘Delicious Moving Things’, and I’m not going to come up with a more succinct description of his ten-minute short Brave New Old. Focussing on the rise and fall of a cube-headed man “within the totally normal environment of an imaginary rotating cube”, the film features a beautifully paired visual and sound design which build and drive an intriguing and fun narrative. 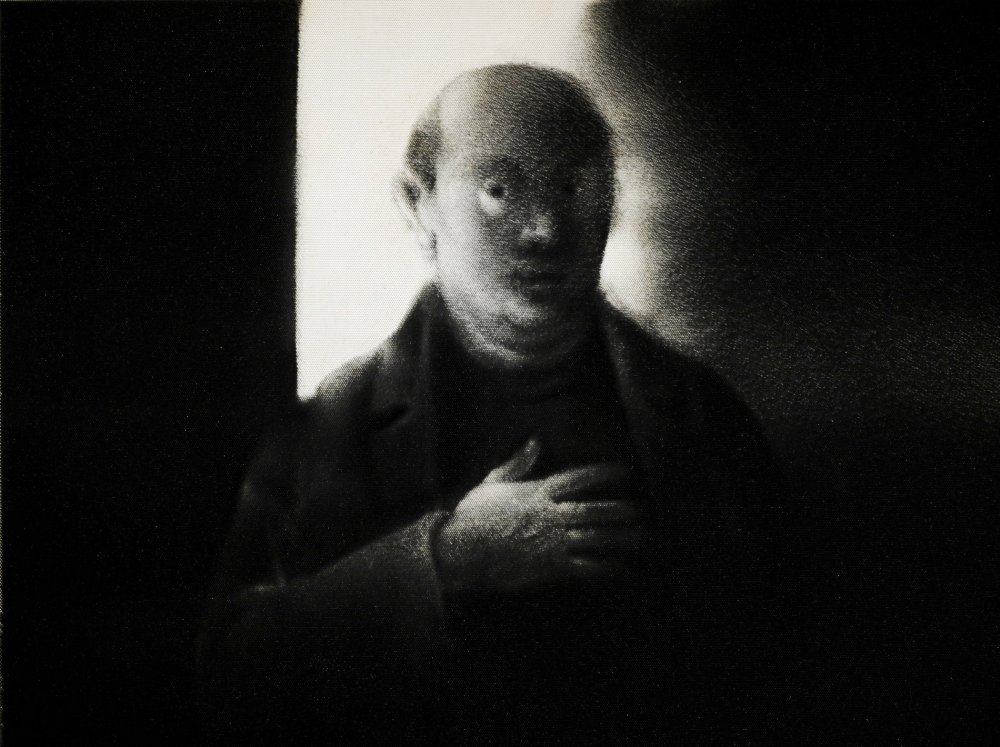 The highlight film of the programme was actually the only one I had seen before, but Michèle Lemieux’s Le Grand Ailleurs et le Petit Ici (Here and the Great Elsewhere) would stand out in any programme. There’s nothing else quite like pinscreen animation, a remarkable technique involving a screen with thousands of holes filled with pins that cast shadows and make images of subtle depth. Various versions of the apparatus were developed by Alexandre Alexeïeff and Claire Parker from the 1930s onwards and used on films such as Night on Bald Mountain (1933), The Nose (1963) and the prologue to Orson Welles’ The Trial (1962).

They introduced the technique to the National Film Board of Canada in the 1960s, where artists such as Jacques Drouin pursued the technique. It was at a workshop with Drouin that Lemieux was introduced to the pinscreen, and her natural affinity to the instrument has led to this beautiful film – which is astonishingly only her second animation.

Split into four chapters, the film shows a man looking beyond the walled enclosure of his own life to le grand ailleurs – the elsewhere of which he is only tiny part; a unique individual yet made of the same stuff as everything else. Such a philosophical tale is of course a perfect narrative for the pinscreen, where individual pins build up the bigger picture.

I should also mention the soundtrack, a pitch-perfect complement to the film and its technique. 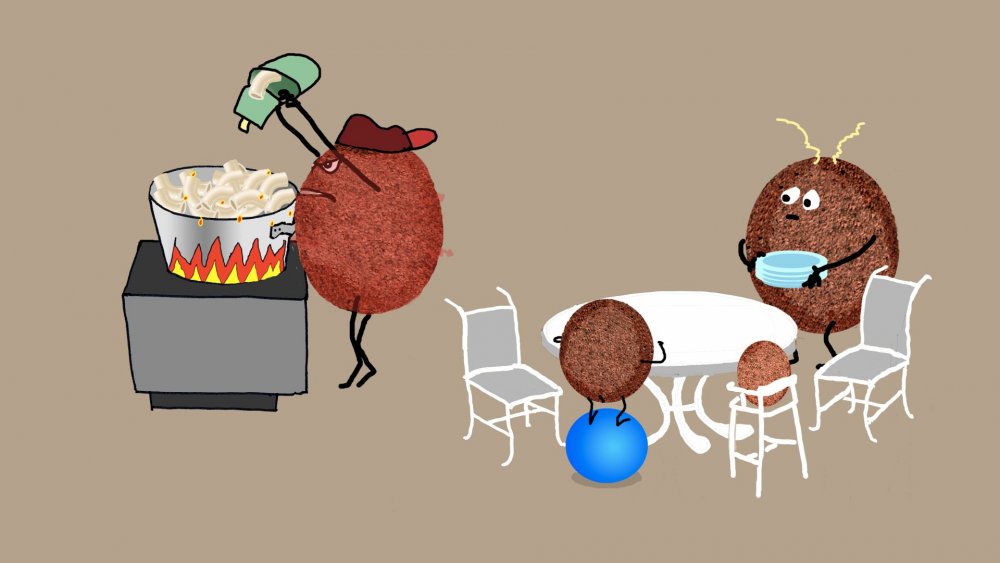 This year, for the first time, I was able to pass on the festival experience with a family outing to the Animated Shorts for Younger Audiences programme. It’s difficult to evaluate such films from a child’s perspective – and with a shuffling three-year-old on my lap, my own perspective was somewhat diminished. Johan Hagalbäck’s scratchily primitive Swedish meatball films – whose meatball characters learn about anger and not to wander off from their parents – seem to have had the biggest effect on him, as he has refused to eat one since. 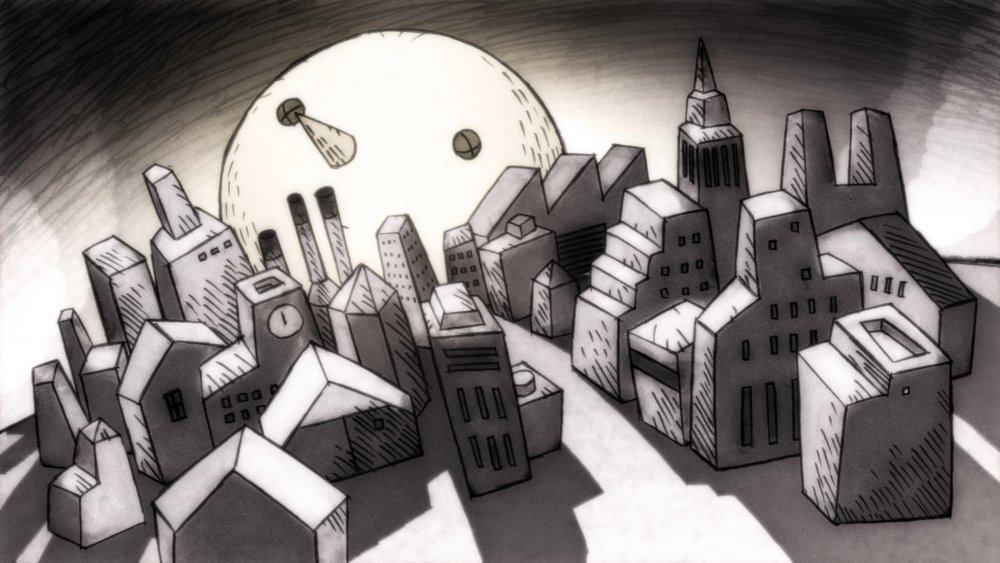 My personal favourite was the last film in the programme, Yonalure: Moment to Moment by Ayaka Nakata and Yuki Sakitani. It was the most abstract and interesting selection of the programme, with only the loosest of narratives carried by the anthropomorphic moon and houses. My son’s only comment was to ask if there was going to be “more telly”? Next year, Eliott, next year.

Next: Wolves vs giraffes! More animation for kids →