Film of the week: It’s Such a Beautiful Day

Cult animator Don Hertzfeldt grows up with a majestic passion play about a stickman named Bill, his mortal coil, life and the universe.

Don Hertzfeldt graduated from the University of California, Santa Barbara in 1998 with a precocious reputation for crudely tooled but virtuosically timed black-comic cartoons that caricatured the perils of romance and social interaction (Ah, L’Amour, 1995, Lily and Jim, 1997) or dramatised with Keatonesque conviction the world’s animosity for the innocent (Billy’s Balloon, 1998). The tenor chimed with the almost self-parodying emotiveness of early Radiohead and the faux-naive social satire of South Park, which might explain the cult popularity that has enabled Hertzfeldt to become one of the very few independent animators in the world who has never needed a day job.

And he has served his talent. Rejected (2000), which ‘showcased’ a series of increasingly misbegotten idents for public and private sponsors, not only stuck two fingers in the eyes of other animators’ corporate employers, but folded new layers of graphic and narrative expression around the piecemeal slapstick, toying with a mock-subtext of Hertzfeldt’s own psychic breakdown. The Meaning of Life (2005) stretched its purview to encompass the entire species (and beyond) across aeons; for all its baiting sarcasm and misanthropy, it also flaunted a command of the cosmic majestic through rich in-camera effects and Romantic-classical music cues.

Still, none of this betrayed the layers of empathy, irony, vision and technique that Hertzfeldt would bring to the table in his next three films – Everything Will Be Okay, I Am So Proud of You and It’s Such a Beautiful Day – which he has now compiled into an hour-long feature, a passion play about the bewilderment, traumas and grace of an everystickman named Bill.

Its aesthetic baseline remains Hertzfeldt’s pencil line drawings, here contained in fuzzy blob-shaped matte-screen apertures that both induce a sense of human isolation and facilitate point-counterpoint visual gags. But we now have Hertzfeldt’s omniscient voiceover narrating Bill’s internal monologues and more, and the head-spinning accretion of seemingly random ironic minutiae quickly brings us inside the head of a man for whom, we come to realise, life’s puzzles are made more pronounced because his mind is unstable. It’s with some reason that Bill dreams of a monstrous fish head which feeds on his skull: he has an unspecified ailment that appears to be early-onset dementia, with bonus physical degeneration. 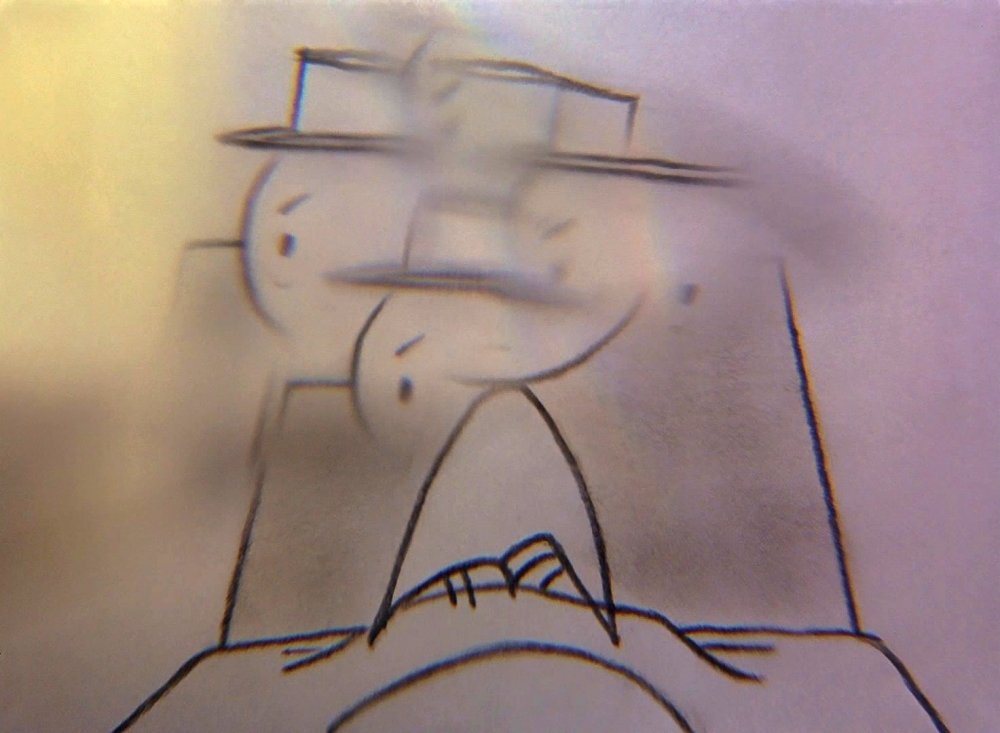 Here we’re in the terrain of Australian claymator Adam Elliot, with his dark affective comedies of life’s also-rans (Harvie Krumpet, 2003, Mary and Max, 2009):

“[Bill] began to think of everyone in a new light: how everyone’s just little more than that frightened, fragile brain stem, surrounded by meat and physics, too terrified to recognise the sum of their parts, insulated by the shape of their skulls in lower-middle-class houses, afraid of change, afraid of decisions, afraid of pain, stuck in traffic listening to terrible music… His neighbour stared at him and said, ‘Last night I dreamt all my toes fell off.’”

Hertzfeldt’s writing and delivery – not quite deadpan but permanently, ambivalently perplexed – are things of wonder, hitting bittersweet notes of human irresolution (“At home he makes toast… but changes his mind”), idiosyncratic passions (“He enjoyed wood”), existential ambivalence (“The sparrows have already begun to rebuild but he’s not sure if he feels happy or sad for them”) and futility (“This morning he couldn’t remember where he’d put the clinic’s daily memory quizzes”).

Of course, he knows when to shut up too: the protracted battle between a leaf blower and a motionless leaf that Bill watches blankly is pure Buster Keaton, while Bill’s reaction to a bleak medical prognosis is heartrending in its Carver-esque simplicity (one stick hand takes off his pork-pie hat, the other rubs the back of his bald pate plaintively). And just as the dare-you-to-take-it-seriously Romantic music from The Meaning of Life persists, so Hertzfeldt increasingly flexes his visual muscles with experimental flights of analogue celluloid abstraction and impressionism; his expressions of Bill’s paranoid schizophrenia channel the direct line to human consciousness of avant-garde filmmakers like Stan Brakhage. 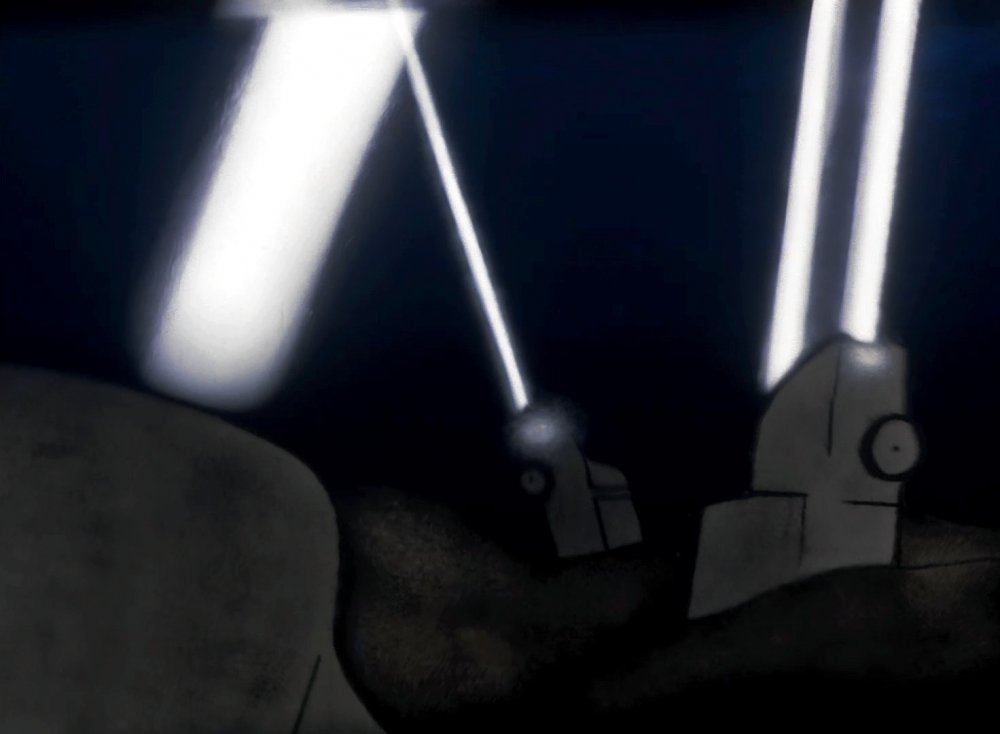 “Someone sits on the shore and tells him how the waves have been there long before Bill existed, and that they’d still be there long after he’s gone. Bill looks out at the water and thinks of all the wonderful things he will do with his life.”

The moment is ironised, of course – it’s a memory that hits him just after a stroke has curtailed his first feelings of optimism in months – but even then the film is not so simple, and Bill does somehow seize the day, somewhere in his mind. Hertzfeldt reaches for the stars, and takes his protagonist with him. Call the finale Kubrickian or Malickian, but for my money Hertzfeldt’s sense of humour gets him further than either.

Related to Film of the week: It’s Such a Beautiful Day