Darkness on the edge: Chris Sullivan on Consuming Spirits

Fourteen years in the making, Chris Sullivan’s singular animated feature lets loose the angels and devils of a blue-collar America at twilight. He talks hope, the abyss and experimental cutouts. 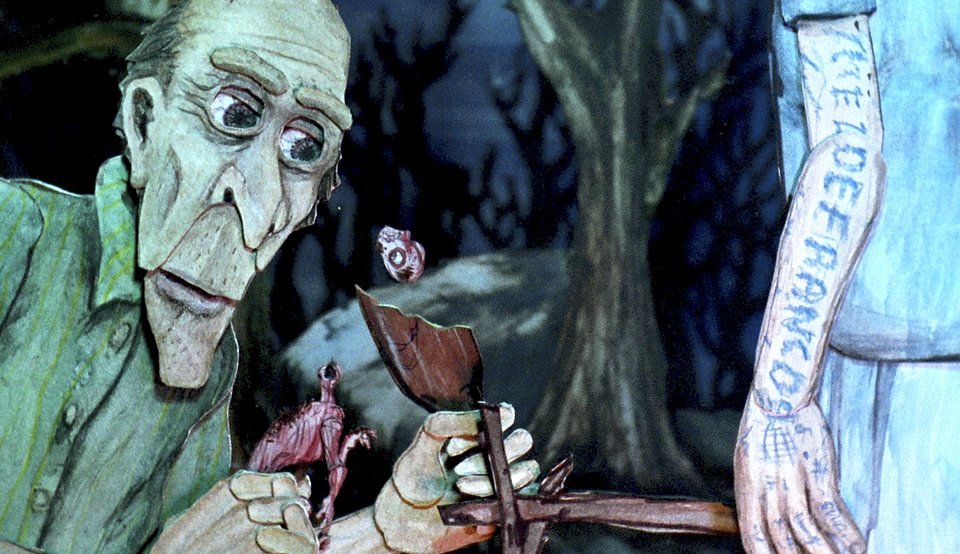 Three troubled and unhappy individuals live in a dour, industrial American town connected by a dark past. With themes of mental illness, spirituality, abuse and addiction, Consuming Spirits isn’t your typical animation film, and Chris Sullivan isn’t your average animator.

Sullivan’s films (eg Master of Ceremonies, Landscape with the Fall of Icarus, The Beholder) show us a world neither heroic or beautiful nor exceptionally ugly or evil. Sullivan’s working-class characters struggle daily against poverty, abuse, death, madness, want and despair. But Sullivan is no preacher or social activist. His blunt, bare and unpretentious films aim not to shock but to engage us, simply to show us a world that most of us deny living in.

Fourteen years in the making, Sullivan’s Consuming Spirits focuses primarily on three characters: Earl, Genny and Victor. Earl hosts a late-night radio show on gardening where he frequently escapes into musings on existence and morality. Genny drives a bus and takes care of her ailing, foul-mouthed mother. Feckless Victor works for a newspapers and struggles with alcohol addiction. The three characters don’t realise that they are all connected by mysterious events from their past.

Consuming Spirits shifts between past, present and imagination. The past is often conveyed in sketchy, ink-on-white, drawn animation. Sullivan also uses still photographs along with model and cutout animation. The latter techniques give the film a heavy, lumbering atmosphere. The town is dark, gloomy and stagnant, littered with dead trees. The characters are awkward, plain and frail. They look as though they might fall apart in an instant. 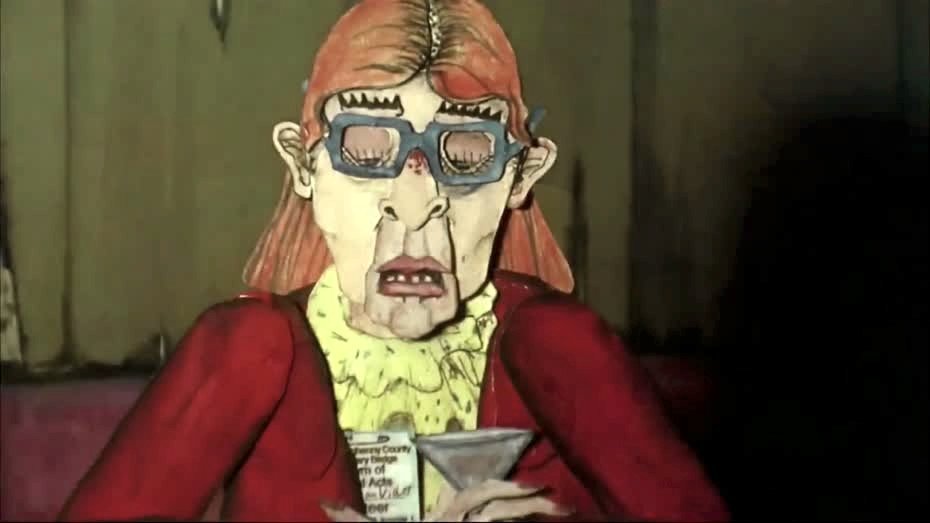 As with Sullivan’s short films, the characters here are neither good nor bad. Their faces are tired and beaten, eroded by failure’s dust. They are confused, myopic and haunted people, struggling through life until something happens to shake them from their waking sleep.

Chris Robinson: What was the starting point of Consuming Spirits?

Chris Sullivan: The roots of this film have several starting paths that converged as the film developed. I come from an alcoholic’s family, and one with lots of social-service intervention, including temporary foster care. My father was the only alcoholic, so it has not become pandemic, amongst my ten siblings. Which is a blessing.

So that’s where much of the ‘plot’ of the film comes from. But there are other important images, notably a Haida shaman mannequin in an exhibit at Chicago’s Field Museum. Its display describes a romantic view of an alcoholic, and I thought it was interesting to imagine how premature death canonises you in some ways. 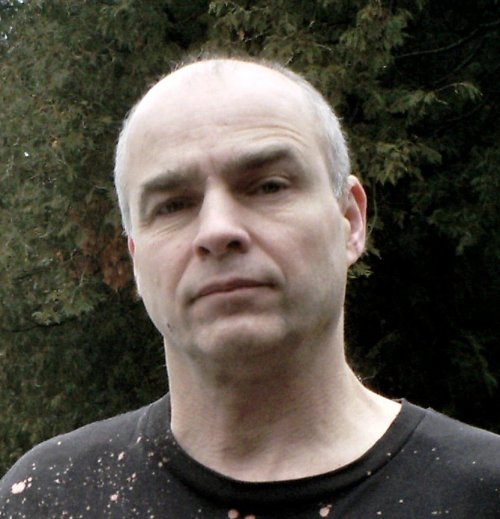 Did you always envision Consuming Spirits as a feature?

I did; I had some early notions of it being episodic, but as I began to make the film, no cliffhanger or semi-closure moment emerged. I also thought of it as 90 minutes, not 128. My ideas in performance and writing were just stretching out, and the animated short didn’t fit into my brain anymore. I don’t think of making features as some sign of artistic maturity, it’s just where my work was going.

How does the final script compare to the first script?

The early script was much more ironic and used film noir tropes. Victor and Genny were the main characters; Earl was the outsider, and kind of the villain. He made moonshine in a dry county – Allegheny Mist – but he did have a gardening show.

Earl’s voice becoming the hub of the film was the main development. I found the most freedom writing his material, and part of that was that as a radio personality – his language was somewhere between conversation and oration, a place I like.

Gennie’s section with the little foundling was also a pleasure for the same reasons. There are many scenes in the film that were in the very first draft. Others, like the confession scene, were written in the early to mid 2000s. 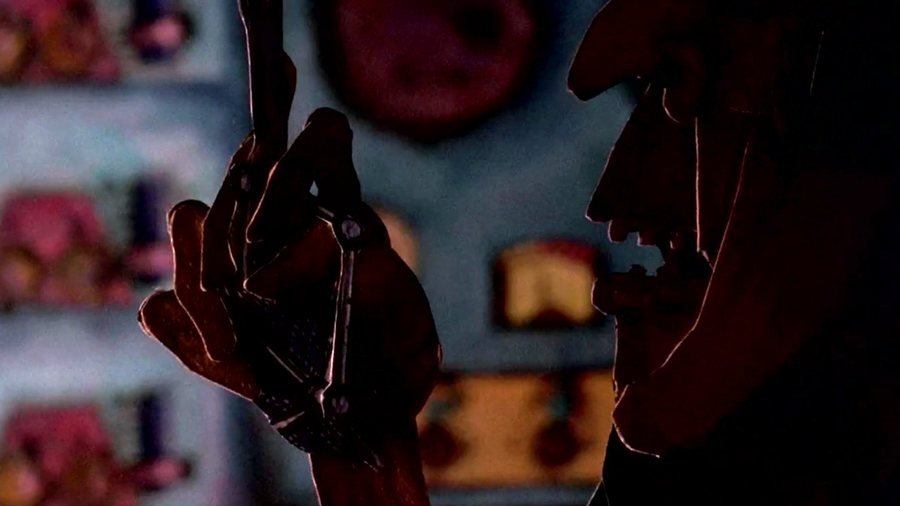 Why did you decide to use cutout animation? It seems a perfect choice for characters who are quite fragile and awkward.

The initial reason was because I knew there was going to be a lot of language, and the requirement of drawing all that dialogue seemed gratuitous.

But as I started to make the characters, the possibilities of colour and environment became apparent, and the stain of everyone and everything became very interesting. I liked being able to trust my animators to make a scene work. And that happened more easily with puppets.

Although there’s an abundance of music in Consuming Spirits, it’s primarily as part of the character’s performances. You rarely use a score, instead trusting the viewers and your imagery. Few filmmakers, let alone animators, have that sort of confidence these days.

The music in Consuming Spirits was always part of its fabric, but actual soundtrack moments are more than one might remember as often there’s very soft music in the back: Victor visiting asylum, Earl’s confession, Genie’s foundling scene, Campfire with Earl. But the performed music of the characters I think works better with some non-musical elements around it.

How did you fund the film?

I received money from the Guggenheim Foundation and the Rockefeller Foundation, and am blessed with a full-time job art the School of the Art Institute of Chicago, which allowed other expenses in my life to be taken care of. 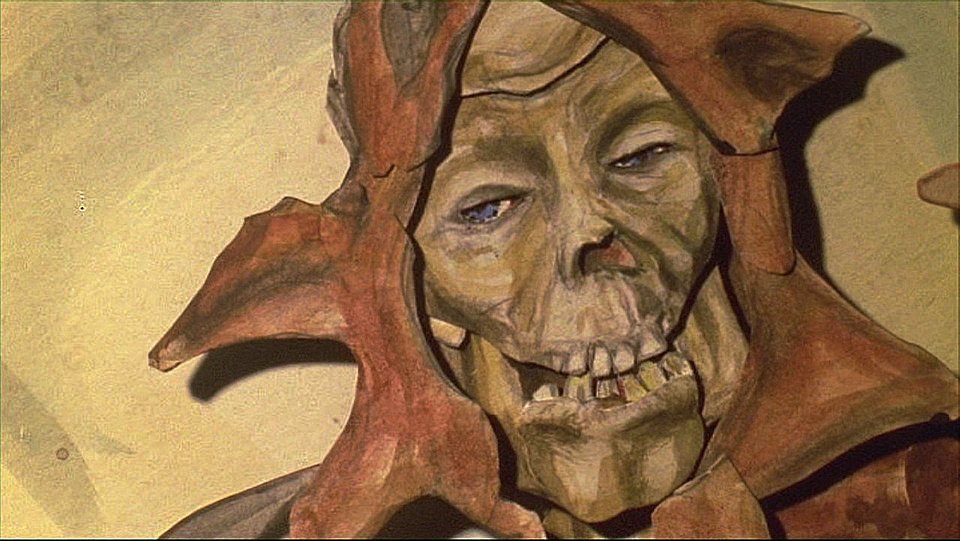 Can you talk about writing and your literary influences? Your writing always stands out.

Language is where my films start, though I am an animator.

There are both writers and filmmakers who have really made me have bravery to do what sounds stupid in one’s head. Dennis Potter is a huge influence; also the radio artist Joe Frank. The Singing Detective, and Rental Family, are my two favourite pieces of art. RD Laing, the poet Galway Kinnell, Ellis Peters, Joyce Carol Oates, Jeannette Winterson and Julian Barnes are other influences.

I also collect archaic educational and medical texts, which come up in a lot of the awkward signs and formal dialogue. The Encyclopedia of Sex and Psychiatry for Nurses are two of my favourites.

There’s an underlying… actually, at times overwhelming pessimism in your films. People live in this frequently disengaged world and a lot of crappy stuff happens to them. There’s a tinge of hope at the end of Consuming Spirits but it’s hard to celebrate given the weight of tragedy that has already befallen the protagonists.  Are you really this cynical about society and life, or are you just a realist?

For me there’s a kind of catharsis that suffering brings. When I’m making my work I sometimes do feel I’m being ruthless and that it’ll be a hard pill to swallow, but I also appreciate it so much when artists do this in their work. I want them to leave me hanging, strip me of comfort and closure. Leave me out in the cold. It’s what Mike Kelley once referred to as “negative joy”. 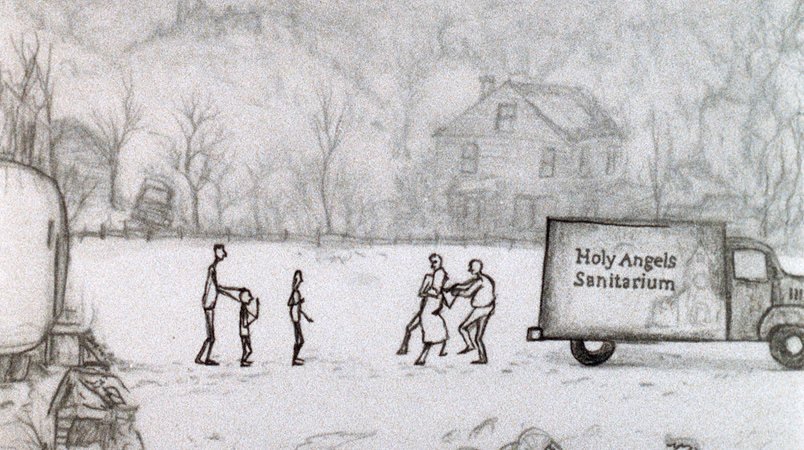 I’m a softy, though, and cannot tolerate a total abyss. I do need some survival, some glimmer of hope somewhere in a piece. I also think that truly evil people are pretty boring, and I am very angry at the media overrepresentation of, for instance, serial killers. Let’s say there are 300 serial killers on this planet: think of the amount of media time and attention they are given. Pure monsters; they bore me. I’m much more interested in the little monsters and angels inside most folks.

There’s always a sense of instability and fragility in your films. We never quite know where we are or who we’re watching. Your characters seem to drift in and out of the present, future and past. Either they’re remembering or imagining something; they seem to struggle with being in the present, in the moment.

In many ways they’re very different from me. I can be in the moment, and live it. They’re like me in that they’re not cruel, but they are reckless through ignorance, and even more so through their limits. They want love, belonging and a sense of accomplishment, but they just don’t have the goods.

The shift in tense is something I’ve always loved. I also think an event survived is very different from one you’re in the middle of, and I like to blur that point [between the two]. And I do disagree with Proust that the past is past.

I can’t think of anyone to compare you to in animation: you’re one of a kind. Still, you’re an animator for a reason. I wonder why you choose it as a way of expressing yourself, and if there are animated films or animators who’ve had an impact on you?

I think my individual quality is that I fell into animation as a craft I can do well. So wanting to make important films is definitely a stronger urge than wanting to make great animation. (Opportunity for heckle!) I use humour, but I never think “I need a gag here” or even need a stretch and a settle. 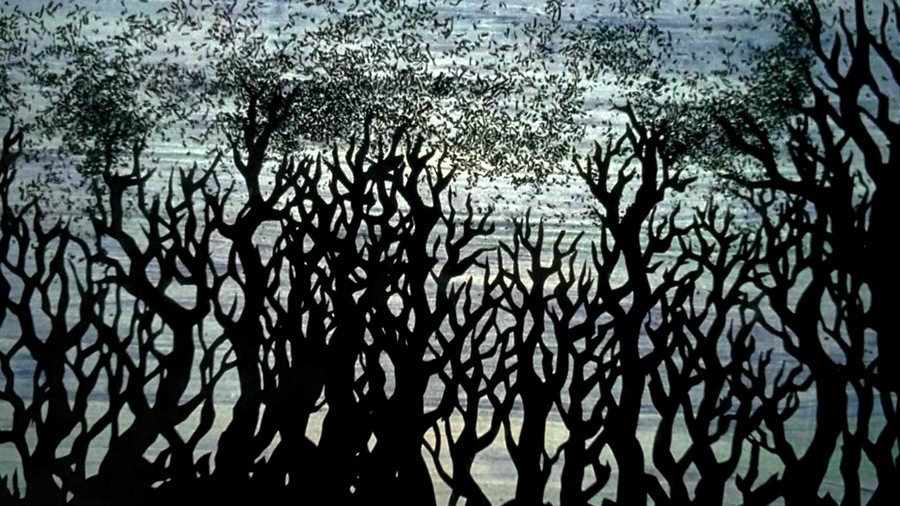 You’re already at work on a new film, right?

The Orbit of Minor Satellites, a project funded by Creative Capital. It’ll be a feature, again. Some ask me if Consuming Spirits is a hard act to follow, and I say no. It gives you faith when your strange and awkward Frankenstein’s monster reaches people. To be given audience is a blessing: I hope I’ve let it all out for my viewers, and it’s a renewable resource. There’s a lot more to come. I’ll just have to stay alive and do it.