Strongmen take all at Karlovy Vary 2018 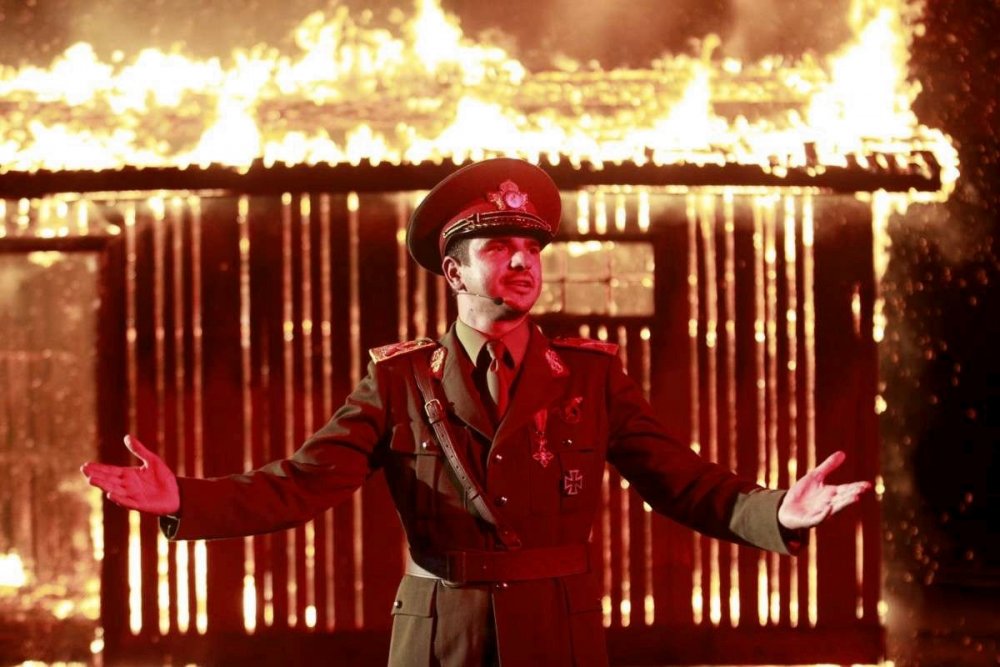 An actor plays Romania’s WWII fascist despot Ion Antonescu in Radu Jude’s I Do Not Care If We Go Down in History as Barbarians, a ‘wild meta-textual mashup of intellectual essay, political broadside, historical investigation and expose of ‘truthiness’’

Every new festival lineup, with its complicated, multicolored timetable of screenings, is like a topographical map of the cinematic landscape, sketched from the perspective of a particular programming team. Bigger festivals, like the 53rd Karlovy Vary International Film Festival (KVIFF), which boasted 236 films shown over 10 days in a picturesque spa town a couple of hours outside Prague, present us with exciting, variegated new terrain, and the only downside is one can only ever plot a single route through it and can never hope to take in all its vistas. And so identifying unifying themes can be a blinkered endeavour – like describing the weather in your verdant valley as pleasant, while one canyon over, a tornado flings cows into trees.

However, unusually enough, this year’s KVIFF did that job for us. The top prizes in all three of its competitive sections went to films that differ in format and approach, but share a throughline about the manufacture of male identity in the overridingly masculine power structures of their respective societies. Spoiler: men don’t come particularly well out of these movies, but before you reach for your #NotAllMen hashtags, know that two of the three come from male directors, and have explicit elements of self-critique. And all three feature men on some level repenting their follies and emerging, if not redeemed, then maybe a little chastened. 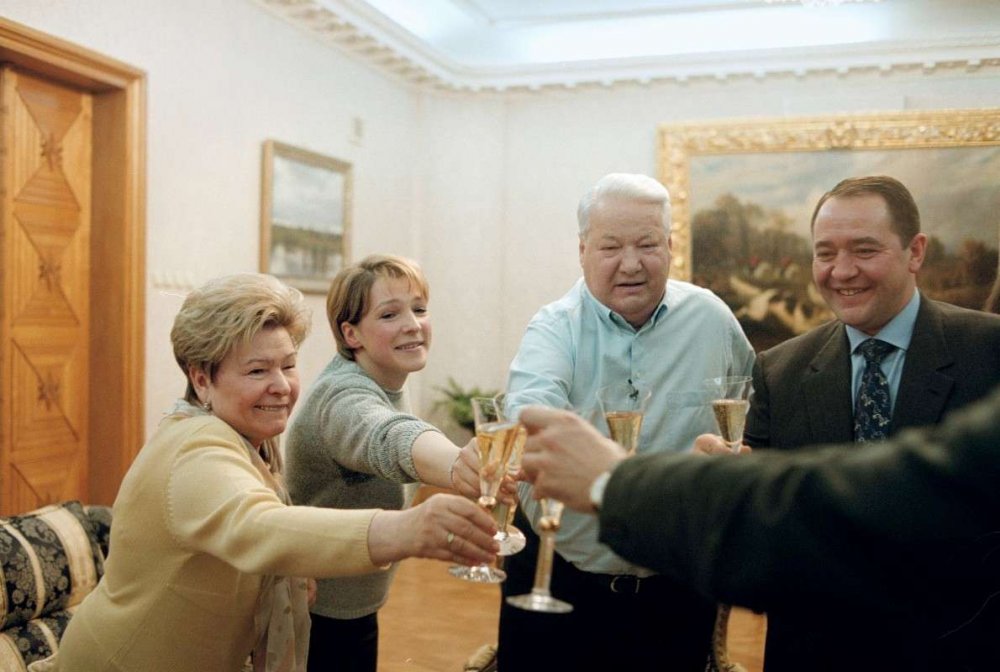 Most overtly, there’s the Documentary section winner, Putin’s Witnesses, directed by the now-exiled Vitaly Mansky, previously known for the terrific act of cinematic subterfuge that was his North Korea doc Under the Sun. Here Mansky’s husky, hollow voiceover recontextualises a wealth of material he shot around the turn of the millennium, when ‘strongman’ Vladimir Putin first came to power. Mansky was then working for Russian national television, and in the months following Boris Yeltsin’s resignation, which took place, with calculated drama, on 31 December 1999, Mansky was tasked with profiling the new acting president.

He had a unique level of access. Not only was there a cosy relationship between the state-run station and a regime that clearly regarded it as a propaganda arm, but also, two decades ago Putin’s autocratic deathgrip on power was not yet assured. It’s striking, in light of the implacable air of self-contained certainty he exudes in interviews today, to watch him stoop to tactics that could be seen as currying favour. This is Putin, doing whatever he needs to get into power; it’s just our bad luck that we’re watching from an 18-years-later vantage point, and we know what he’s going to do with it.

Mansky’s role back then was to humanise Putin’s cuddly-as-a-shark image in the eyes of a general population about to go to the polls. An awkward, subzero reunion is engineered with an adoring old schoolteacher. “Try to look kind! As kind as you can look!” they exhort Putin, who smiles his mirthless smile in reply. Other times, the target audience for Putin’s performance of amiability is the cadre of Yeltsin-era cronies who helped get him elected. One by one, through retirement, dismissal, disillusionment or suspicious death, these advisers have fallen by the wayside in the years since Mansky took the footage of them, together with the new President, smiling and backslapping and toasting his win.

The staging of this scene irrevocably harks back to the original ‘Man of Steel’, Joseph Stalin, and those party portraits from which so many faces later had to be excised. And it also recalls recent memes about the high cabinet turnover under Donald Trump, another supposedly self-made man who mythologised his way into political office. But here, the triangular portrait of culpability, male hubris and delusion is personified by Putin, and by Yeltsin, who in the space of a few months is reduced from major player to puffy Falstaffian fool, watching television broadcasts of the erstwhile protege who won’t even take his calls anymore, his ego deflating as his champagne goes flat in its flute. And the third self-deluding man is Mansky himself. “I am not ashamed,” he says at the outset, but by the end it’s yet another assertion that we simply don’t believe, yet more fake news.

Even those tiny glimmers of self-awareness are alien to Karabas (Asset Imangaliev), the deadbeat dad and abusive bigamist husband in Elizaveta Stishova’s Suleiman Mountain. The debut feature was awarded top honours in KVIFF’s East of the West section, a sidebar dedicated to first or second films from Eastern Europe, the former Soviet bloc nations, the Balkans and the Middle East. And its credentials as a regional hybrid project are impeccable, with the Russian director choosing to set her family drama in the geographically isolated, landlocked nation of Kyrgyzstan, the majority Muslim population of which also has Turkic, Russian, Persian and Mongolian strands in its cultural DNA.

But as diverse as its constituent elements may be, and as strong its lingering ties to a mystical, folkloric past, in Stishova’s film the patriarchal structure of Kyrgyz society is as monolithic as the mountain of the title. Faith healer Zhipara (Perizat Ermanbaeva) retrieves her son Uluk (Daniel Daiyerbekov), from an orphanage after an unexplained ten-year separation. She then tries to reunite with her blustering, gambling, no-good husband Karabas, whose new wife Turganbyubyu (Turgunai Erkinbekova) is pregnant. The animosity between the women is palpable, but would be more justified if Karabas were a little less of a scoundrel. The melodramatic lengths to which Zhipara will go to stay in his unstable orbit, the humiliations she will swallow, become borderline intolerable, especially when the sweet-natured, worried-looking Uluk is constantly plucking at her sleeve to draw her away from him.

Stishova’s stacking of the deck undercuts some of the power of the film’s excellent, authentic performances. And with a final twist that skews the narrative away from Zhipara and onto Karabas’s 11th hour grab at rehabilitation, Suleiman’s Mountain sells out its most interesting and capable female character almost as badly as the male-dominated social order it investigates. Karabas is uncompromisingly painted as a malevolent, mendacious manchild, and yet ultimately the disappointment of Stishova’s otherwise impressive film is that it become a vehicle for this worthless man’s tentative redemption, with his womenfolk little more than birds battering themselves to exhaustion on the lower slopes of his monstrous self-regard.

Thankfully, redemption’s not on the agenda for the big winner of KVIFF’s main competition, which is too busy reckoning with the perversion of history to serve a populist agenda, to have time for any kumbayas. In fact, Radu Jude’s sprawlingly ambitious, hyper-intellectual, playfully self-aware I Do Not Care if We Go Down in History as Barbarians is about so many things – the value of re-enactment, Holocaust denial, Romania’s self-deluding attitude toward its role in WWII, historiography, Brechtian theatrical devices – that focussing in on just one might seem like dissembling. Except that, amongst all its jagged provocations, there is a subtler subversion that underpins the whole messily profound project: in a role which can easily be read as a proxy for Jude himself, he casts a woman. It gives a further, gendered dimension to an already bristlingly multi-dimensional film. 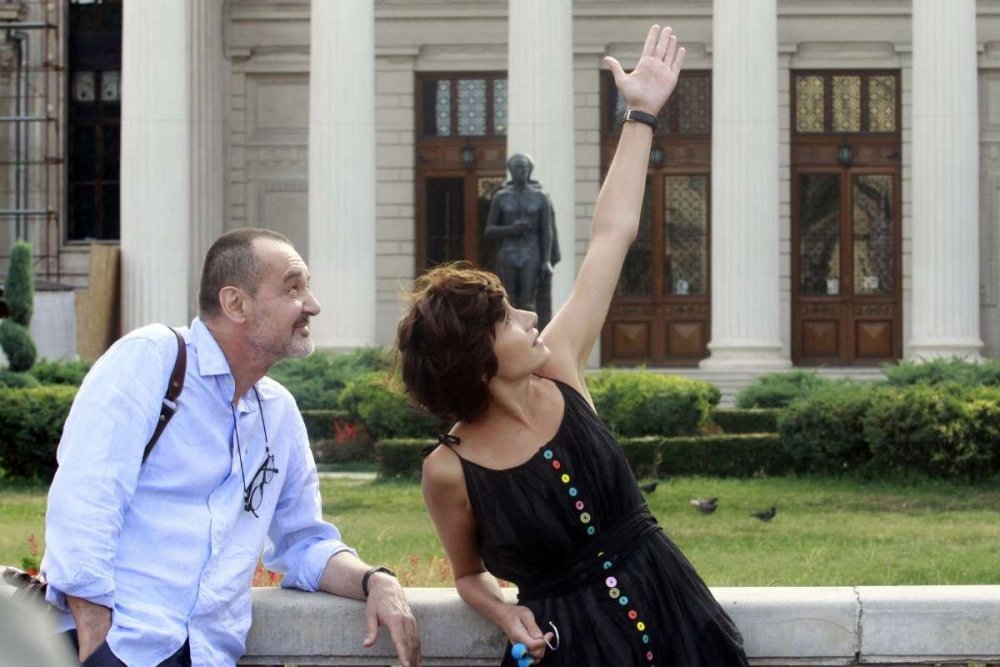 I Do Not Care if We Go Down in History as Barbarians (Îmi este indiferent dacă în istorie vom intra ca barbari, 2018)

Ioana Iacob, in a magnetic, dogged performance that glues together this loose-leaf binder of heavily annotated political pamphlets, plays theatre director Mariana. Tapped by the authorities to mount a public spectacle about Romanian history, Mariana eschews the obvious crowdpleasers and instead elects to recreate a disputed 1941 atrocity whereby Romanian troops, under direct orders from collaborationist authoritarian leader Ion Antonescu, murdered tens of thousands of Jews following the capture of Odessa.

There are many layers of text, subtext and metatext. There’s a scathing (re)reassessment of Nazi puppet Antonescu who, it’s posited here, went over and above in his pre-emptive embrace of Hitler’s genocidal programme. But there’s additional drama in scenes where Jude’s diminutive female alter-ego goes toe-to-toe with the men in her cast, or the surprisingly erudite city official (Alexandru Dabija) sent to keep an eye on her, or her married lover (Șerban Pavlu). As heady a mix as Barbarians is, it likely wouldn’t have felt half so keen, so knotty or so morally pugnacious with a man in that role.

Placed in three separate categories in the festival and awarded by three different juries, these films range from subjective documentary and classic fiction to wild meta-textual mashup of intellectual essay, political broadside, historical investigation and expose of the lovely neologism ‘truthiness’.  But all three present an underlying critique of masculine self-mythologising, whether it’s Karabas falling so far short of the folk-heroic model his estranged son has imagined for him, Mansky rueing his facilitation of Putin’s personality cult or Radu Jude delivering a corrective to the exculpation of Antonescu by a citizenry manipulated into myopic patriotism. And so all three, in different ways, issue the same, salutary warning, that we can just make out in the flickering gaslight of this grave new world: beware of fearful, fearsome men and the stories they tell about themselves.

Related to Strongmen take all at Karlovy Vary 2018