Twelve movies, new and restored, to write home about from the leading showcase of central and eastern European cinema, including some very worthy prize-winners. 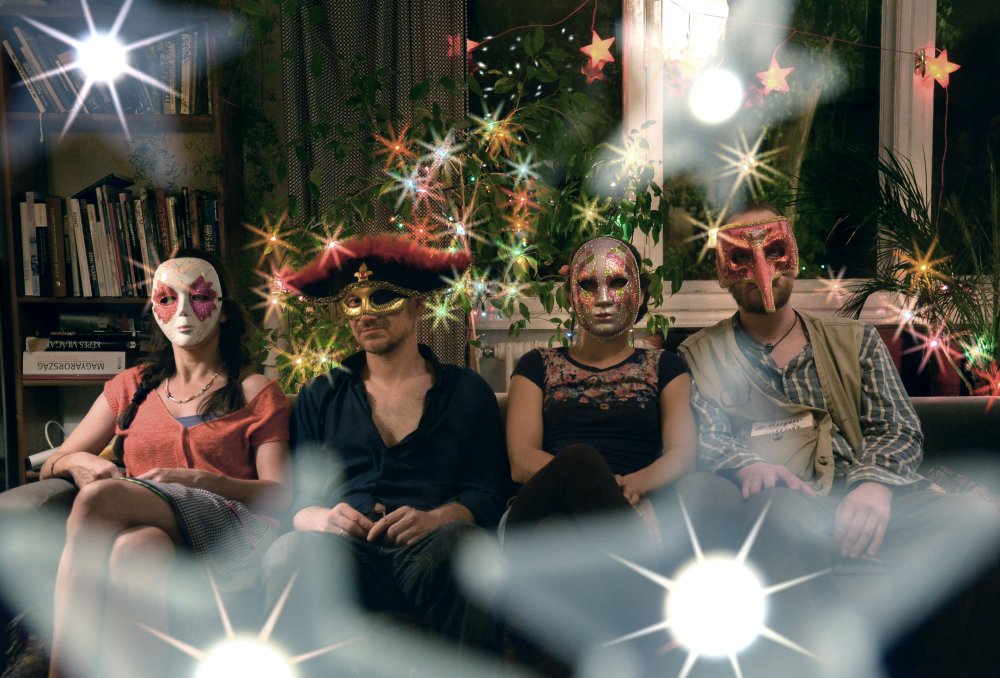 To get a first look at what’s happening in central and eastern European cinema, the Karlovy Vary International Film Festival (KVIFF) is essential. From the world and international premieres of the main competition to the first and second features contesting for East of the West honours to a strong selection of documentaries to the film student shorts in Future Frames to the works-in-progress pitches, the festival covers all bases. Nor is the cinema of the past forgotten; new digital restorations of classic Czech titles screen each year, as do important silent films with live musical accompaniment. A selection of Czech films from the past year also receive their own special section.

Seven of the 12 titles in the international competition had eastern origins, reflecting this year’s strong production from the region; what’s more, they proved most attractive to the jury.

Both the Best Film and Best Actor prizes deservedly went to Hungary’s versatile Szabolcs Hajdú (Bibliotheque Pascal) for his independent production It’s Not the Time of My Life (pictured at top). This fresh and funny drama about midlife marital crises gives new meaning to the phrase ‘personal project’. Hajdu adapted it from his own theatre piece, stars along with his wife and children and uses 13 of his film students to shoot it within the confines of his own comfortable flat in a style of heightened naturalism with overlapping dialogue. The six-hander revolves around an unexpected visit from the in-laws that brings barely repressed bad feelings to the boil. The situation has universal resonance and Hajdu orchestrates it like a symphony, finding a compelling rhythm between the duets, quartets, solos and the full-on ensemble. 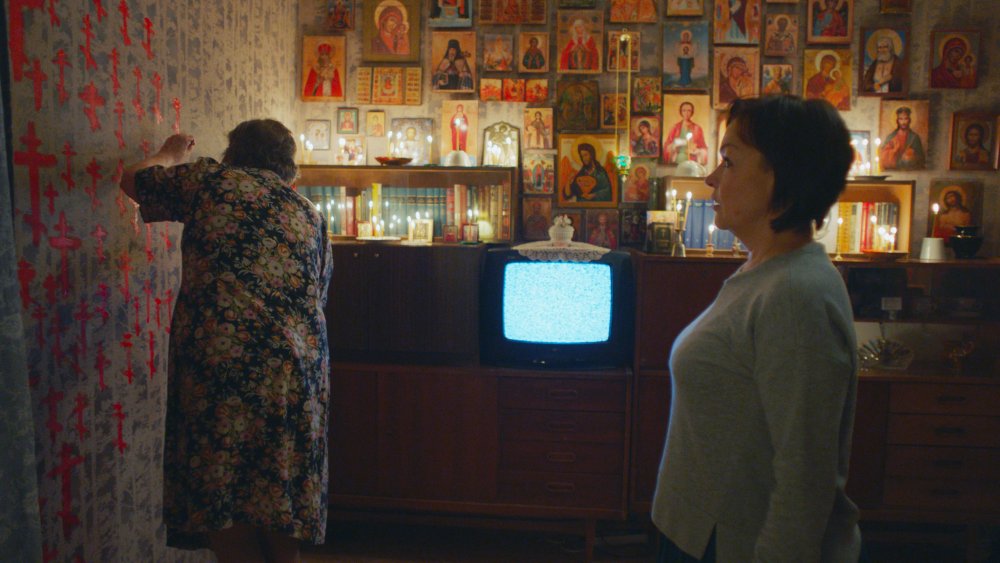 After winning KVIFF’s 2014 East of the West competition with his debut feature, Corrections Class, Russian director-writer Ivan I. Tverdovskiy graduated to the main competition this year with his sophomore film Zoology, which nabbed the Special Jury Prize and is already booked to play at two major autumn festivals. It’s a startling parable about the perils of being different in contemporary Russia. The protagonist is a middle-aged zoo accountant living with her pious mother in a small seaside town. One day she grows a long tail and that mysterious appendage ultimately turns her dreary life upside down. While some of it is grotesque, it is also difficult to stop thinking about.

Best Director honours went to Slovenia’s Damjan Kozole (Slovenian Girl) for Nightlife, an allusive thriller which literally and metaphorically explores his country’s dark side. The setup involves the discovery of a body – that of a high-profile attorney bleeding profusely from dog bites – and lying next to it, an enormous wooden dildo. But those expecting a whodunit will be disappointed; this is a film about fear. As the attorney’s wife is informed of his condition, she struggles to contain any potential scandal, knowing that for him to be savaged on the internet would be far worse than being mauled by animals. 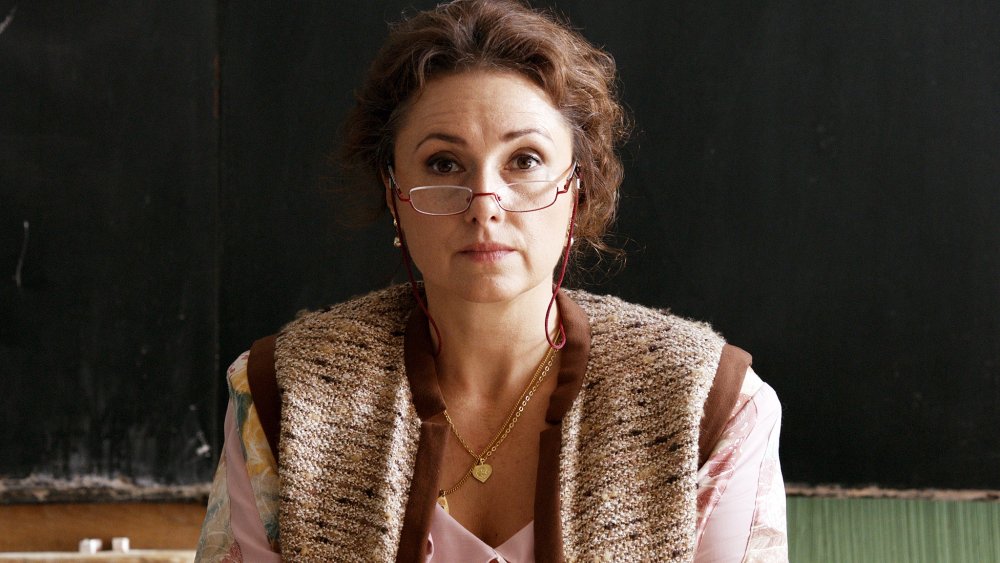 Meanwhile, the audience-friendly Slovak-Czech dramedy The Teacher reaped the Best Actress award for Zuzana Mauréry, and although dealing with a serious subject, injected some welcome levity into the competition. The latest from prolific Czech director-writer duo Jan Hřebejk and Petr Jarchovský (Cosy Dens, Divided We Fall, Kawasaki’s Rose) examines the abuse of power at a Bratislava middle school during the final decade of Communism where an unscrupulous instructor uses her pupils to manipulate their parents for her personal benefit. The cleverly structured screenplay cuts between the teacher’s machinations and a secret meeting of the parents, some of whom would like to disrupt the status quo.

Three East of the West curios 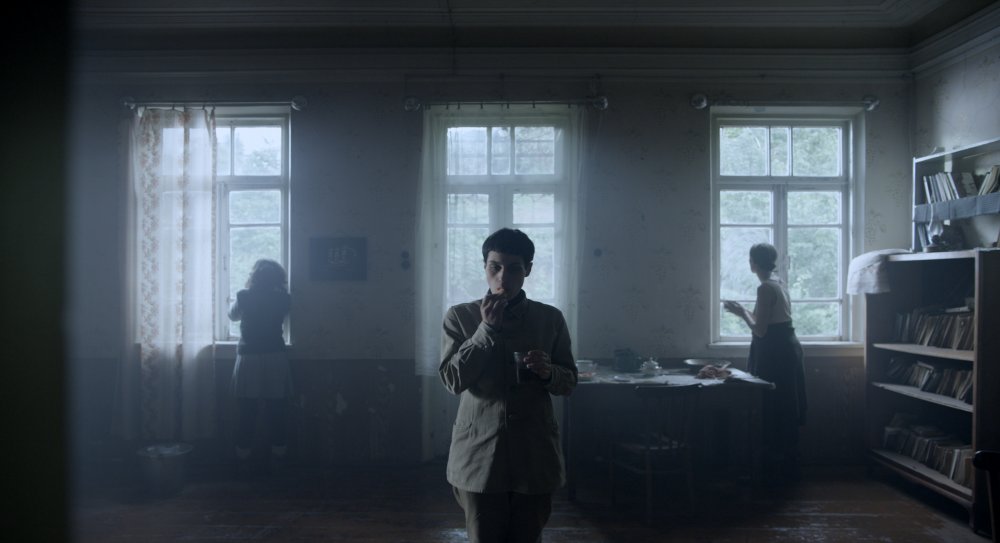 Debuting women directors triumphed in the East of the West section which, unlike the international competition, is restricted to central and eastern Europe, plus Greece and Turkey. The top prize went to the heavily atmospheric House of Others from Georgian director Rusudan Glurjidze. Although for me this cryptic story about the aftermath of the 1992-93 Georgia-Abkhazia war felt enervatingly arty, it attracted outspoken champions. The plot revolves around the resettlement of refugees in a remote community, in a house abandoned by those who supported the conflict’s opposing side. Not much happens, but it is all exquisitely lit and photographed.

Also set in the 1990s, the runner-up prize-winner, The Days That Confused, from Estonian Triin Ruumet, wasn’t my cup of tea either. Unfolding in the hazy days of summer in a rural area, it followed the belated coming of age of a boorish 20-something.

More to my taste was the imaginative Hungarian dramedy Kills on Wheels, the second feature of Attila Till. Also a coming of age story of sorts, it centres on two male friends in a Budapest care facility who are working on a comic book about a paraplegic fireman forced into a new career as a hitman for the mob. Fantasy and reality come together in blackly comic ways as the guys start to interact with their creation. Unlike the recent tear-jerker Me Before You, it is especially noteworthy for casting people with real physical disabilities and for supporting the idea that differently abled people can live life to the fullest in unexpected ways. 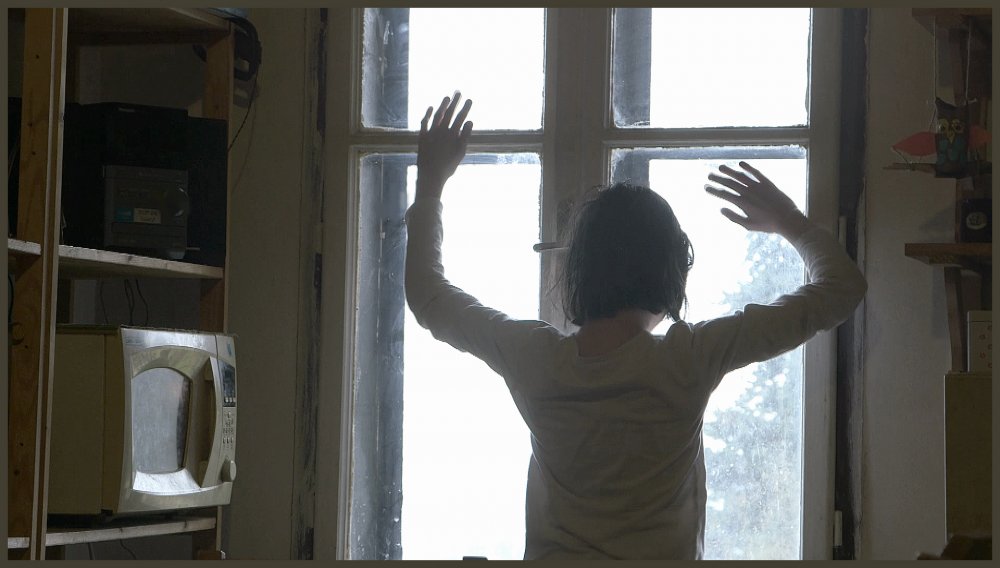 Several well-known Czech documentary makers presented strong new works at the festival. Among them was Miroslav Janek’s Normal Autistic Film, a beautifully crafted portrait of five young people with Asperger’s Syndrome. Fans of The Curious Incident of the Dog in the Night (the book and the play) should take a shine to this, and indeed it polled among KVIFF’s top ten audience favourites. The gifted, articulate subjects talk about how their brains are differently wired and how this affects their lives. In one memorable scene, a 12-year-old with uncanny language and artistic skills seriously recounts several Asperger’s jokes, the humour of which totally passes her by. 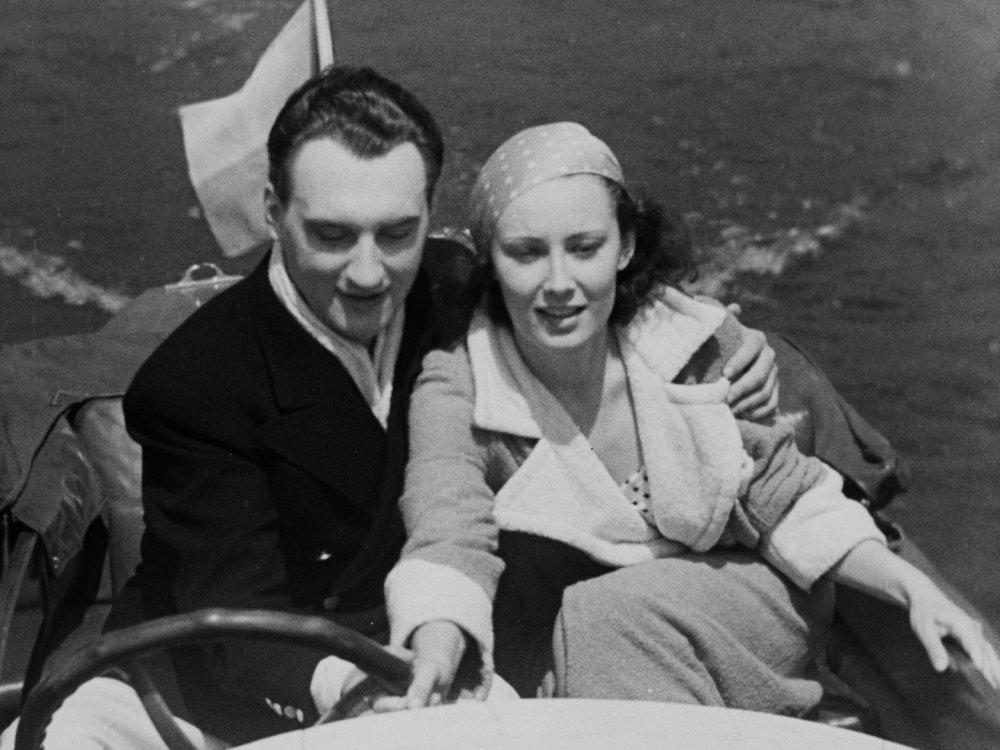 The equally fascinating Doomed Beauty from Helena Třeštíková and Jakub Hejna centres on the Czech-born international star Lída Baarová, a true sacred monster, whose real-life role as Josef Goebbels’ mistress tends to overshadow her many screen parts. The directors juxtapose her egotistical, direct-to-the-camera reminiscences with rare archive footage of life in pre-war and Nazi Germany and numerous excerpts from the films she acted in.

For the past several years, with the generous help of sponsors, KVIFF and the Czech Film Archive have been supporting the digital restoration of classic Czech titles. Ivan Passer’s New Wave title Intimate Lighting (1965) received the treatment this year and the gently comic, observational tale emerged looking better than ever.

Also freshly restored for a screening earlier this year in Cannes Classics was Jindřich Polák’s ravishing black-and-white science fiction film Ikarie XB 1 (1963), reportedly a work that inspired Stanley Kubrick during his preparations for 2001: A Space Odyssey. 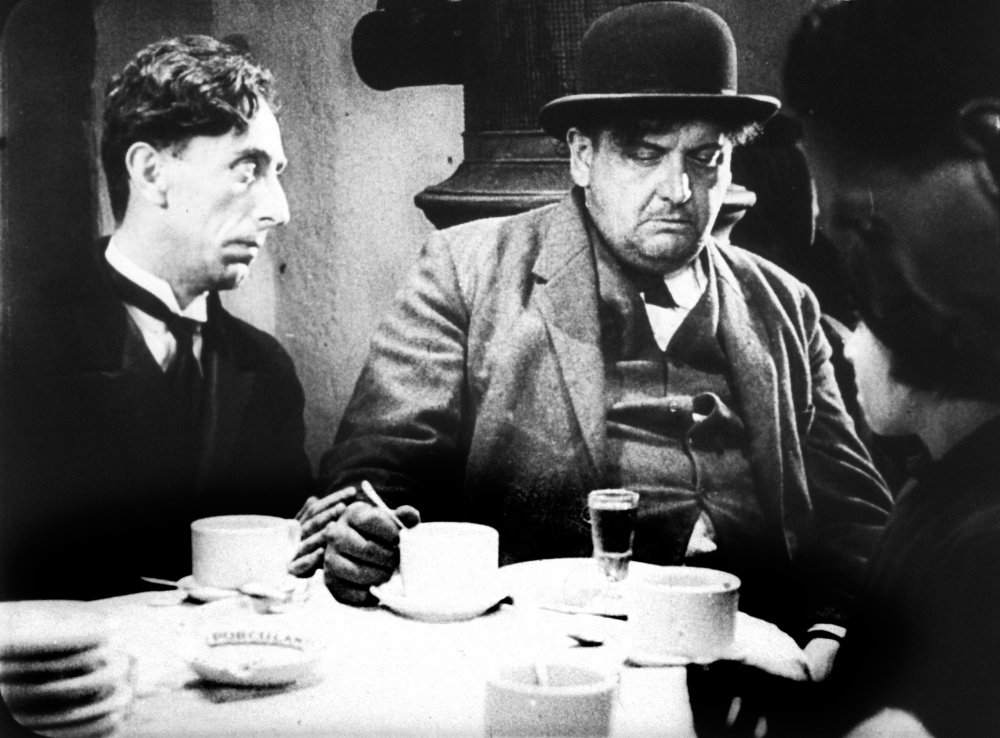 Another fine restoration now touring the international festival circuit is Such Is Life, the 1929 film made in Czechoslovakia by German director Carl Junghans. This tragedy of a working-class life combines elements of German expressionism and Soviet montage. At KVIFF, it screened with a gripping live score played on computer (!) by electronic musican-composer-performer Jan Burian Jr.