In the land of Reagan, right-thinking types are shocked – shocked – at the rise of a prime-time blowhard and professional bully. Yet isn’t it our media naivety that’s on show here? 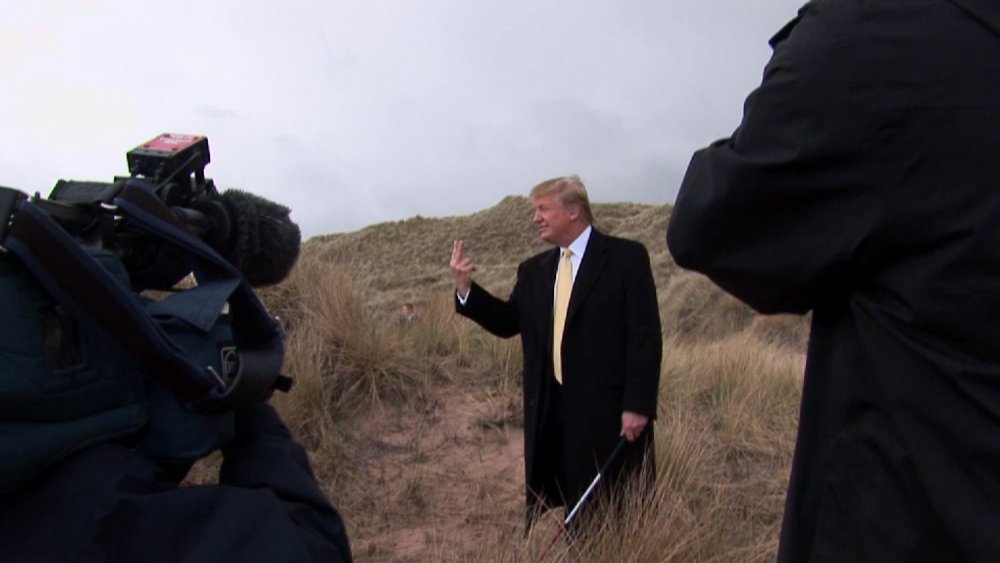 On 21 April, the Washington Post published an article with the headline “Trump is playing ‘a part’ and can transform for victory, campaign chief tells GOP leaders,” which included the following passage:

“Trump’s chief strategist Paul Manafort told members of the Republican National Committee in a closed-door briefing here Thursday afternoon that his candidate has been playing a ‘part’ on the campaign trail, but is starting to pivot toward presenting a more businesslike and presidential ‘persona’.

“’He gets it,’ Manafort told RNC members. ‘The part that he’s been playing is now evolving into the part that you’ve been expecting.’”

This thoroughly unsurprising ‘admission’ was blasted in 56-point headline as the lead story on the liberal website Huffington Post as if it was some sort of smoking gun, which of course, it was not. There are many startling things about Donald Trump’s disconcerting rise to power, but the idea that he’s a reality-television actor, merely performing the role of presidential candidate, is not chief among them. In fact, it might be said that his substance-light brand of bold-faced showmanship is one of the main reasons why, nearly a month after this ‘admission’ of role-playing, that he’s secured enough votes to become the presumptive Republican nominee.

In his scorched-earth run through the nominating process, Trump has played the role of bigot, womaniser, riot inciter, protector of the little guy, sports entertainer and demagogue, among many other parts, all while gathering more and more support, largely (polls suggest) from white, lower-class voters who are fed up with a corporate money-dominated American system that has effectively (or at least perceptually) left them behind. The candidate may indeed believe deeply that, for example, we should ban all Muslims from entering the country, but it’s hard not to see this infamous declaration as at least partly an act. (No businessman of any level of success would think sacrificing business with an entire religious group is a smart idea.)

Trump’s voters, who are alienated, pissed off and probably worried about white America swiftly losing much of its political and social power as it loses majority status, may agree with his rhetoric, but they mostly seem to want the colourful character that said “You’re fired” to a lot of annoying celebrities to basically dump the political establishment itself. They want Trump to just fuck shit up.

His ‘un-PC’ way of mouthing the worst of his voters’ anti-Obama, anti-immigrant, anti-woman sentiments only makes him stronger. He’s just saying what we all want to say but can’t.

Of course, he’s saying it all with the bombast of an entertainer, thumbing his nose at the very idea of what a world leader is supposed to be, which only increases his popularity. In the manner of Warren Beatty’s fictional Bulworth, Trump is seen by his supporters as an uncompromising truth-teller, a bully in actor’s clothing giving them a performance they can believe in. Trump plays it to the rafters (sometimes literally yelling his lines at one of his many massive rallies) and thus implicitly reveals, to his supporters and enemies alike, how actorly most politicians really are. This kind of political postmodernism is knit into the fabric of his image and gives his growing legion of followers another way to give the establishment their collective middle finger. He’s acting, obviously, but so are you! 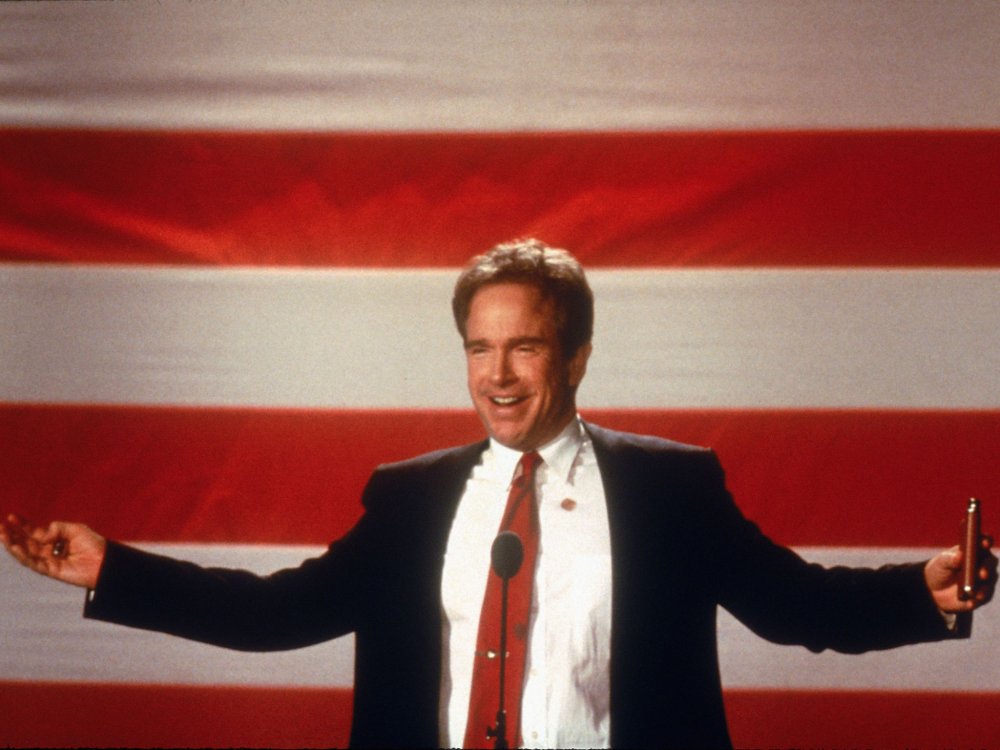 On television and on the political stage, Trump is giving a nonfiction performance for the ages. He’s exploited a system that fetishises political show over substance and has thoroughly taken advantage of our deeply ingrained culture of media inanity. In the hyper-consequential world of political campaigns, how do we voters and journalists properly understand and cover someone who is (at least partly) a fictional character? And why would we think calling him a “fraud”, as the liberal-leaning website Salon did after his campaign advisor was caught saying Trump was “playing a part”, might damage him at all? In the end, the answer could simply be that Trump is the ultimate and perhaps most potentially far-reaching manifestation of media illiteracy in our country’s history – a kind of documentary performance run amok.

I’ve written many times in this space about the nature of documentary performance and how I think our misunderstanding of its influence on reality-based movies or television shows might be the result of a broad deficiency in media literacy. When viewing documentaries or other reality-based media (a category into which 24-hour news coverage could be lumped), many viewers, despite some likely skepticism, believe (or want to believe) that they are seeing authentic representations of nonfiction subjects, rather than amalgams of real and constructed identities being manipulated (to varying degrees, depending on genre and format) by directors, cinematographers, editors and the subjects themselves. This misunderstanding of nonfiction character-making persists despite the era of constant enactment that we live in today (think: Instagram selfies).

The idea that where there’s a camera, there’s a performance might be second nature to filmmakers, critics and media professionals, but ask any documentarian who’s been challenged on the authenticity of his or her material just how stubbornly this lack of awareness persists. As a filmmaker and editor I’d say the dialectical relationship between the authentic and the manufactured in a documentary goes to the heart of the art form itself, that documentary performance – the process by which everyday performances of identity are captured and magnified by the camera and in editing – is a key part of the deeply contradictory tension at the heart of all reality-based media. Yet general audiences understandably cling to the idea that when we tell them something is ‘real’, that means it’s real. 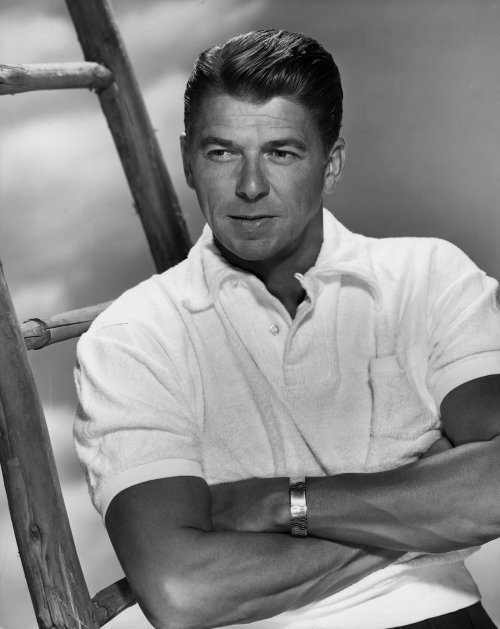 Ronald Reagan in a publicity photo for The Killers (1964)

Perhaps it’s no surprise, then, that in the similarly contradictory world of politics, a instinctual documentary performer like Trump could manipulate his way to the top. The fact that his polls seem to rise with every awful utterance surely epitomises some of the most racist, sexist, machismo-fetishising, Islamophobic aspects of the Republican Party, but it also might represent a grotesque inflation – and perhaps collapse – of the idea of political performance that have long dominated presidential politics. Trump might essentially be ‘Trump-proof’ with his supporters because they recognise, at some level, that he’s just playing a part, putting on a show, doing what every presidential candidate has done since JFK learned to manipulate television images – just to a louder and trashier/less snobby degree (more Real Housewives than Primary). There are issues that Trump really believes in, one must assume, but you’d be hard-pressed to make any coherent assessment of his platform based on his public persona. He barely talks about political issues at all, preferring instead to lob jabs in a manner he likely learned in the rough and tumble of New York real estate, and perfected while working with Vince McMahon in the WWE.

Trump’s gargantuan, perhaps only partly intentional performance might also allow some of his voters to effectively disassociate from the worst things he says. I’m not a racist and neither is Trump, he’s just saying things to rile people up and get votes. This might be a key part of his support; voters don’t want Trump despite his reality TV pedigree, but precisely because of it. His inauthenticity is authentic.

Yet to those who would find a Trump presidency abhorrent, his act is a legitimate shock to the system, and the revelation of its phoniness some kind of smoking gun. Many of us can’t seem to wrap our minds around the fact that a guy with so few ideas, such pomposity, such awful thinness, who is such an obvious construction, could be one step away from the White House. Despite Actor Reagan’s multi-decade dominance over our collective political imagination, many on the left and in the media seem downright mystified by the orange-toned stage player’s rise. We laughed him off and enabled his sideshow and now he’s poised to take over.

Might media illiteracy, in general – and a broad misunderstanding of the nature of nonfiction performance, specifically – be partly to blame for Trump’s ascension? If we as a culture could read images better, might we be less susceptible to the song and dance of a reality TV-trained life-actor like The Donald?

Some of his supporters, conditioned to follow the Kardashians, seem to have a better grasp on something that many of us don’t: his reality TV-ness is his essential being. They want him because his nonfiction performance is his truth, so any attempts to pull “back the curtain” will inevitably fail. The level to which his fans are conscious of this may be up for debate; nevertheless the media has failed to handle this unprecedented crossover of realty TV and politics. On one hand, Trump does us a service by implicitly revealing the political act of all candidates, but giving him the spotlight without fully comprehending how his show might function was a potentially catastrophic mistake. We must call him out for what he is: a reckless actor playing a dangerously serious nonfiction role.

The media and the culture at large must do a better job at understanding and calling out Trump’s unreality. Training young people to better read images like the ones Trump creates – to watch documentaries and other reality-based media in a smarter way, and to understand more fully the relationship between the camera, the act of being on camera and the audience – might help us make sure we won’t get fooled again.

Revision (27 May 2016): the final two paragraphs of this essay have been elaborated for clarity.