The Jinx: not my documentary renaissance 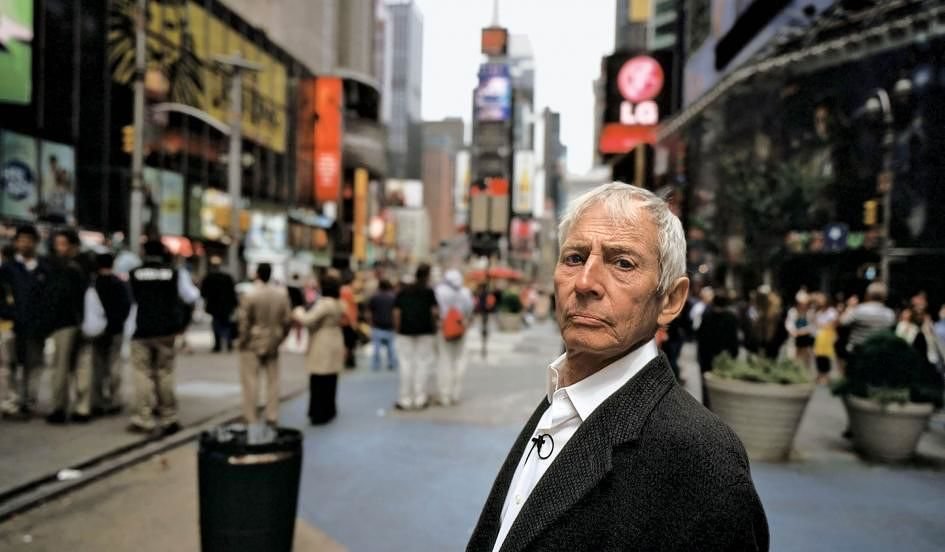 Robert Durst, subject of The Jinx: The Life and Deaths of Robert Durst

Andrew Jarecki and Marc Smerling’s The Jinx: The Life and Deaths of Robert Durst, which had its much-discussed finale on HBO on 15 March, makes me angry.

The Jinx: The Life and Deaths of Robert Durst premiered on HBO in the USA. International dates to be announced.

I’m not mad because the six-part tale of the real-estate heir-turned-suspected serial killer uses boring reenactments or because the filmmakers fudged the timeline to help deliver their unforgettable ending. It’s not even because the show is padded and dramatically inert, mixing schlocky true-crime conventions, interviews that are astoundingly uninteresting and a story structure built around an overplayed and obvious presumption of guilt. Durst is an electrifying onscreen character, chilling and full of contradictions, and his story is breathtaking. That the filmmakers could somehow make this dull – before, of course, delivering one of the most incredible endings in nonfiction history – is criminal enough.

The reason I’m so angry about this series, however, is that, in the wake of the shocker finale and Durst’s arrest, which preceded it by mere hours, the discussion has turned to questions about the relationship between ethics and storytelling in nonfiction that I hold close to my heart. As a filmmaker and writer, I’ve spent years working in elastic documentary modes and talking about expanding boundaries in the form, all within the context of what has been called a ‘documentary golden age’. Whether one buys the hyperbole or not is immaterial. Something is going on in nonfiction and it has lead to some very interesting films being made. My fear is that, because The Jinx has become such a controversial phenomenon, and because it’s such a sloppy, potentially unethical and self-serving piece of work, it threatens to cast a shadow on this era.

In a piece published last Sunday in the New York Times entitled Two Maxims at Odds: Tell a Story, Tell the Truth, Jonathan Mahler asks: “Was this film a form of journalism or entertainment? And, more broadly, what should an audience’s expectations of documentary films be?” These are the essential questions of nonfiction storytelling today (and ever since Robert Flaherty first worked with Nanook), so asking them in any context is a good thing. In fact, you could substitute the word ‘art’ for ‘entertainment’ and you’d have what I’d consider the foundational tension at the heart of nonfiction cinema. Even if the article doesn’t do much to push forward the discussion, having these questions asked in a mainstream context can clearly be very good for those interested in boundary-pushing work. 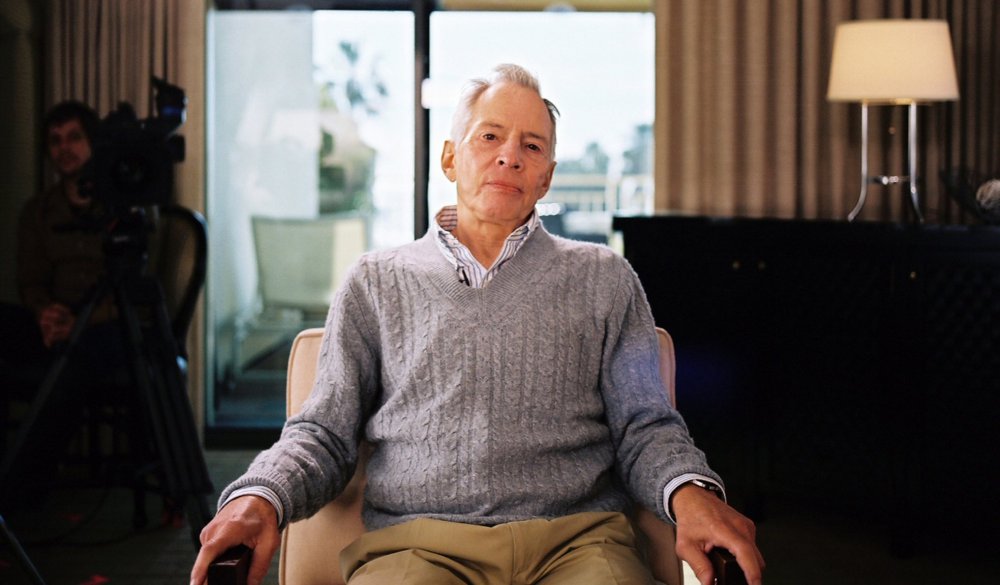 The problem comes when one actually watches The Jinx. The series is so manipulative, so plodding, so pointlessly morbid, so self-congratulatory, so obviously geared to deliver one, single news-making/ratings-grabbing moment that it casts a pall over these essential questions. In the last episode we find the filmmakers grandstanding on camera that their “number-one priority” is to deliver “justice” after discovering a previously unseen letter that basically nails Durst. Jarecki’s nervous exuberance for his pending gotcha confrontation with his subject is barely contained behind a mask of documentary sobriety. We haven’t seen such thinly veiled glee since the Catfish guys ‘discovered’ the twist on camera in their ‘search for the truth’. (Coincidentally, Jarecki and Smerling were two of that film’s producers.) That he peppers the final episode with pleas for justice by the interview subjects most affected by Durst’s continued, improbable freedom is self-congratulation to the extreme.

The final episode and the one preceding it indeed made for riveting TV, mostly because Durst is irresistibly intriguing and because watching one of his biggest supporters discovering the smoking-gun evidence that basically proves his guilt is truly heartbreaking. But is there a series worth watching without the killer ending of Durst muttering his bathroom soliloquy confession into a hot mic? The rest of the show is humdrum morbidity, offering less insight than your average New York Post cover story or run-of-the-mill true-crime TV documentary. There was one moment in episode four where I thought the film might be making a salient point about the relationship between the stunningly overdone reenactments that Jarecki continuously, repetitiously employs and the perception of Durst as a fabricated piece of media himself… but, alas, that moment fluttered away quickly.

Then we have the questions being raised about Jarecki and Smerling’s methods. It’s important to pause here and exclaim my complete and total support for the idea that filmmakers should be allowed to tell stories and that journalistic standards are not the ‘be all’ guiding force behind what we documentarians do. In my mind, ‘good’ journalism often makes for the worst cinema because the latter requires the type of acrobatic acts of construction and machination that should make the good journalist cringe. 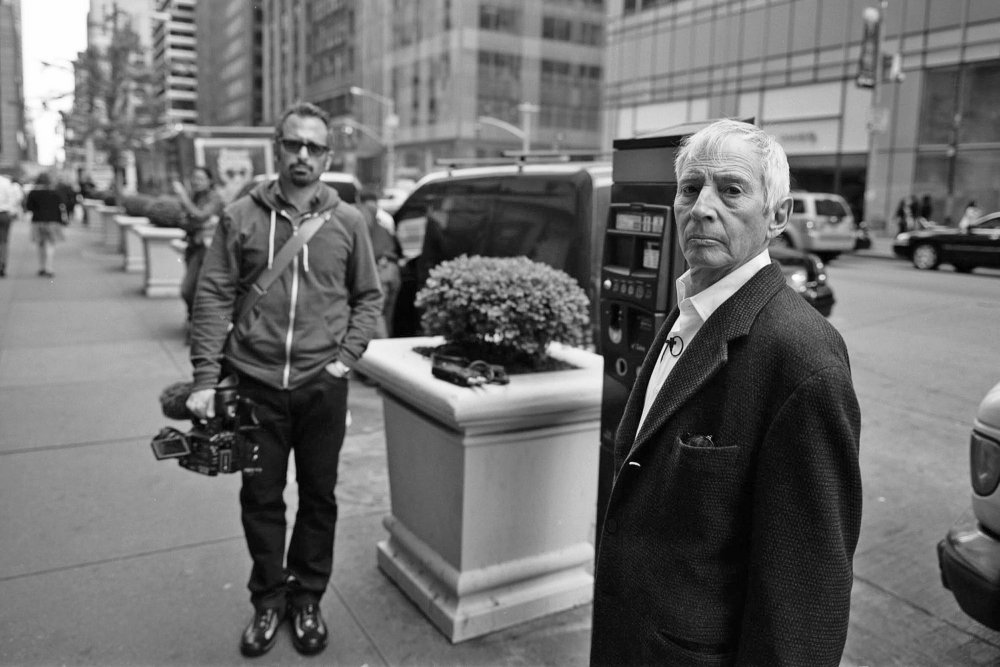 Furthermore, ‘interventionist filmmaking’ like Joshua Oppenheimer’s work, to name the most obvious example, which pushes considerably past conventional ideas about the art-journalism dichotomy, is among the most exciting things happening in filmmaking. (Don’t get me started on the comparisons some have made between The Jinx and The Act of Killing. I get the idea, but that’s a little like comparing Tchaikovsky to a downloadable ring tone.)

There’s a lot of hearsay and misunderstanding about the way movies/TV shows get put together in the ongoing speculation about what happened behind the scenes with The Jinx, but it’s hard not to conclude that the filmmakers withheld evidence (the letter, the bathroom confession) in order to transform their otherwise boring TV show into a case-breaking cultural phenomenon.

This matters because the question of where journalism ends and moviemaking begins is absolutely essential. In a post-Jinx world, are audiences going to be unduly suspicious every time a filmmaker stages a scene or uses ethical uncertainty to make a film work better as a piece of cinema? What does even the faintest possibility that Jarecki, Smerling and their team could have helped police get a potential killer off the streets sooner – a truly contemptible charge – do to our collective viewing of a documentary like Lyric R. Cabral and David Felix Sutcliffe’s Sundance-winning (T)ERROR, which is a movie that foregrounds ethical ambiguity but is built on sound journalistic practice? (Oh and by the way, if it really took Jarecki and team months or years to find that bathroom confession, as they’ve claimed, then they’re truly the sloppiest filmmakers alive.) 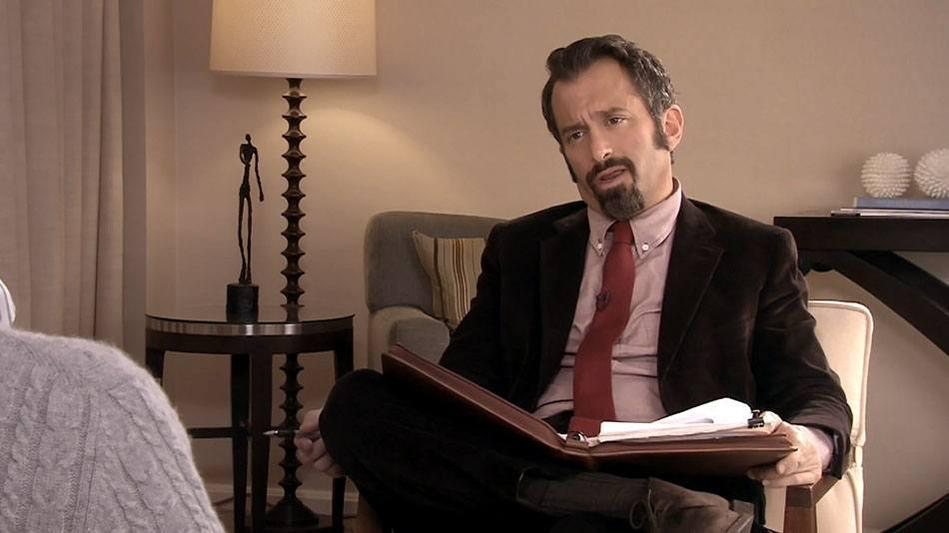 The bottom line to me is that The Jinx is bad cinema and bad journalism and, because it delivered an absolutely jaw-dropping conclusion that has understandably turned it into a culture phenomenon, that’s bad for what I care about. The series is arguably most effective as a kind of rumination on the deleterious effects of capitalism on storytelling, both because Durst has likely gotten away with murder due to his immense wealth and because the decision-making behind this TV show seems to have been guided by the worst market-driven urges.

I’m no ethics-and-journalism-obsessed stickler. I want filmmakers to have the flexibility to expand, push, distort and cajole if that’s what it takes to elevate the truth from the simple recording of evidence. But terrible filmmaking is terrible filmmaking and I’m just afraid the public will start thinking this is what we all stand for.

Related to The Jinx: not my documentary renaissance