Seeking lessons in truth-craft from big men in tights. 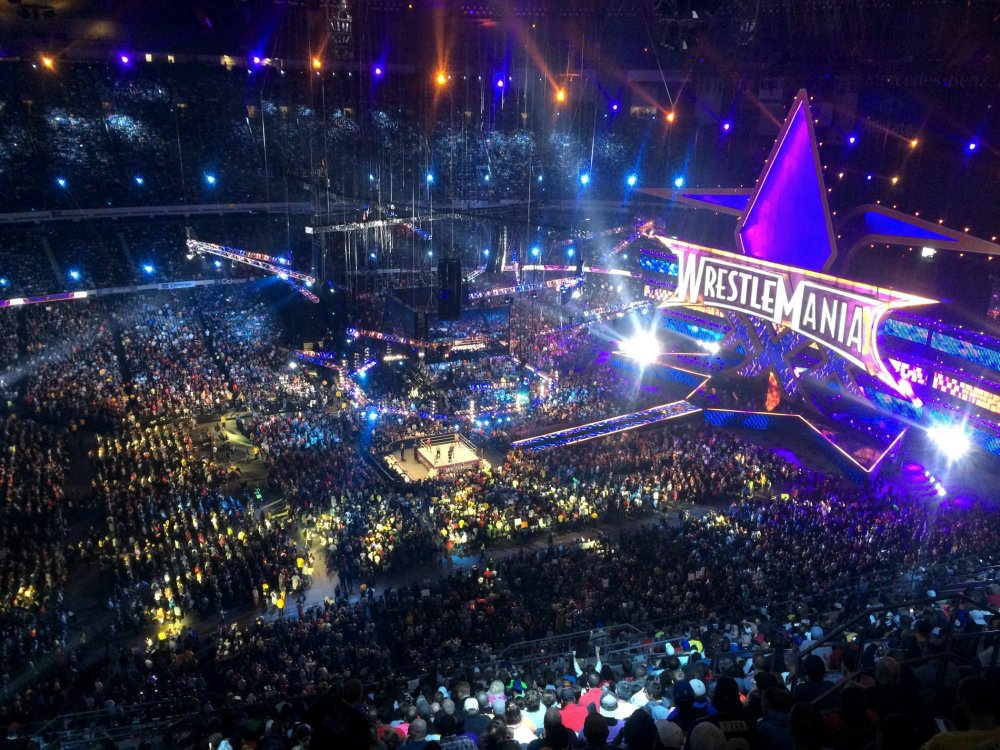 “The art of living is more like wrestling than dancing.”

Documentary is all about exploiting the fertile tensions between structured artifice and unpredictable reality – and so is professional wrestling. This was the big idea behind my third film, Fake It So Real (2012), and it was reinforced when I went to this year’s WrestleMania event in New Orleans and witnessed meta-narratives collide with noisy spectacle to create an almost perfect art experience.

When considering nonfiction cinema, it’s crucial to understand that the best films often find their power in the layering of performance and reality, and the expressive exaggeration of real life that occurs when captured moments are edited into a movie. This may be a well-worn idea, but I’d argue that getting more mainstream viewers and filmmakers to understand it has been one of the main goals of recent discussions of documentary form.

To that end I humbly submit that if we want to better understand documentaries – and maybe make better films – we should be looking to pro wrestling. 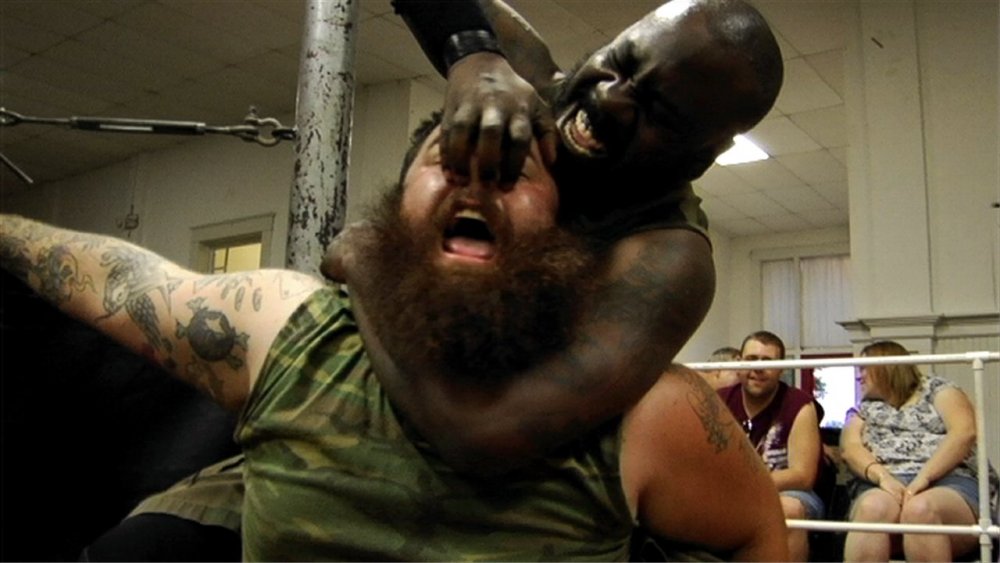 I’ve been a wrestling fan since my mother worriedly shielded my eyes as Chief Wahoo McDaniel took a butter knife to Ric Flair’s forehead ten feet from us at a live event in the old Charlotte (North Carolina) Coliseum. My parents, of course, knew the matches were staged, but my dad didn’t want to hear it – to this day our conversations about wrestling usually stop cold when I start on about the meta things that have always excited me most about our favourite pastime. Dad obviously knows wrestling isn’t real, but he’d prefer to keep the fantasy intact. It’s real enough.

The main reason I’m still a rabid fan of a thing that most people give up with puberty is that I’m utterly addicted to what David Shoemaker calls the “unreality” of wrestling. My dad can still escape into the absurdly contrived spectacles of male fantasy because, as an art form, wrestling derives its primary power from compressing the phoney and the legit.

The pain on the face of the pro wrestler is an uncanny mix of real and performed. There is a great cliché that the wrestling characters that ‘get over’ best are the ones created when a performer uses his/her real personality and just turns the volume up to 11. The best storylines use elements of backstage rumour, real-life drama or legit beef between wrestlers to plant that crucial seed of truth – I know this is fake, but this right here… this may be real. 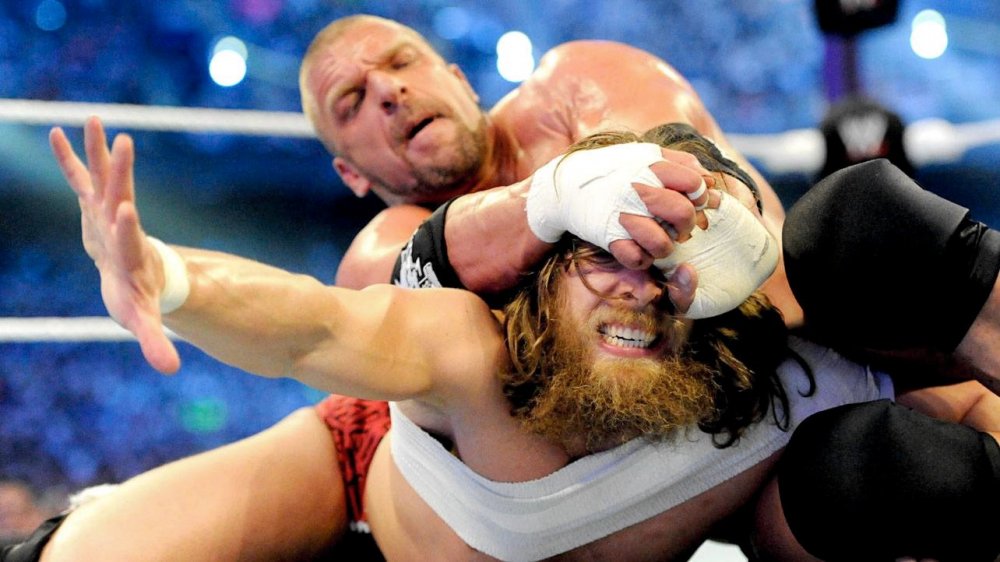 One of the things that made Bryan’s ascension so satisfying was that the scriptwriters and bookers that make the matches used legitimate behind the scenes skepticism about Bryan’s drawing power to inject a desperate sense of doubt that we, his adoring fans, would get the payoff we’d wanted for so long. At every turn, with every twist and fake injury, we were waiting for the other shoe to drop. The widespread belief that WWE brass would never let our favourite wrestler win was used to scare us just enough that we completely freaked out when he finally did. Perfect.

The event was full of this kind of layered storytelling. The Undertaker lost to Brock Lesnar and many were legitimately fearful for his health (a feeling that was painfully underlined just 48 hours later with the sudden death – by heart attack – of the Ultimate Warrior, a wrestling retiree only five years older than Undertaker).

But was Undertaker’s shocking loss somehow unscripted? Did Lesnar “go into business” for himself and force an unintended outcome? Was Undertaker’s sluggishness in the ring an act to put over the story of the fallen hero or was it because of the reported “severe concussion” he received during the match and a scary sign that he should no longer be wrestling? The brutality mingled with the absurd to create a movingly surreal moment when Undertaker finally went down in defeat. 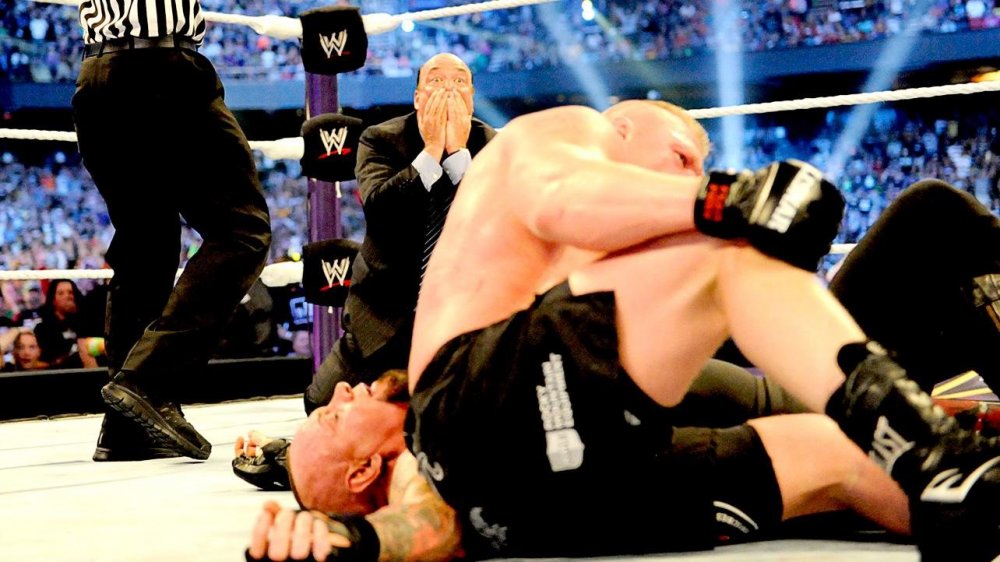 The compression of real and fake elements into one flattened presentation works with the flamboyant and ludicrous aspects of wrestling to create a feeling of escapism-through-deeper-legitimacy. Addictive escapism, of course, helps the promoters sell merchandise and the wrestlers get paid. But in the ring, because many of the guys lack acting chops and because admitting the ‘entertainment’ aspect is crucial to wrestling promoters evading the regulations of ‘authentic’ sports, the ruse is always apparent and the unreality is wholly embraced. The viewer is encouraged to see the unavoidable artifice because it exists within the framework of a highly physical, dangerous, demanding, live experience. This reinforcement of self-awareness is what makes wrestling so interesting. Think Bertolt Brecht booking a boxing match.

If we truly understand this layering in wrestling, maybe we can uncover some of the deeper ways in which nonfiction filmmakers craft their own unrealities. In documentary cinema, there is a similar need to create a sense of truth by way of inherently artificial constructs, namely shooting and editing.

This is especially apparent when developing nonfiction performances out of the recordings of real people. The production of a documentary character is the moulding of traits from exaggerated snippets of observed reality. Whether that character is created in the interview chair or by a trailing camera, success depends on the documentary filmmaker convincing his/her viewers that truth is being expressed, despite the artificial. 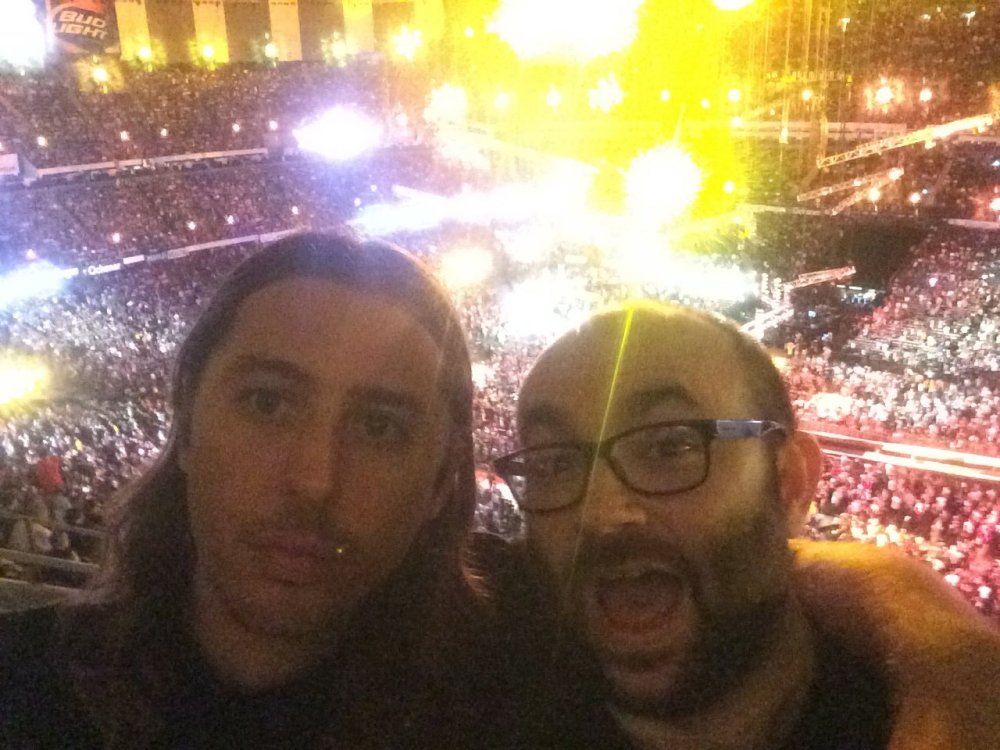 What if more nonfiction filmmakers embraced the wrestling aesthetic that the artifice is truth? Too many documentarians are obsessed with unobtrusively presenting their facts or showing their serendipitously captured material. Many viewers, though, have a vague distrust of real life being moulded into a film, so this obsessive need to unassumingly transfer information is problematic. Beyond that, there’s a century of ethical debates about the impossibility of objective filmmaking, etc. Meanwhile, simple post-modern recognitions of the process are worn out and tend to be pretty boring.

Maybe it’s more fruitful for documentary filmmakers, like their art-brethren in pro wrestling, to embrace the juicy core of what makes documentary such a lively form: the idea that unstable, captured reality and artificial construction can be compressed into one thing to get the most out of both elements. In my film Fake It So Real, there is no doubt the wrestlers are trying to make themselves look good for my camera – but that sincere desire to tell their real stories while simultaneously putting over the inflated versions of themselves (their wrestling characters/documentary-subject characters) made them so much more relatable and, importantly for the success of my narrative, their matches at the end of the film so much more interesting.

In the end, people become wrestling characters when we put a camera on them, and their lives become melodramas when we edit them. Documentary, like pro wrestling, benefits from the layering of ideas, surfaces and truths. The artificial and the real shouldn’t be estranged; smashing them together can create a more moving cinematic experience. 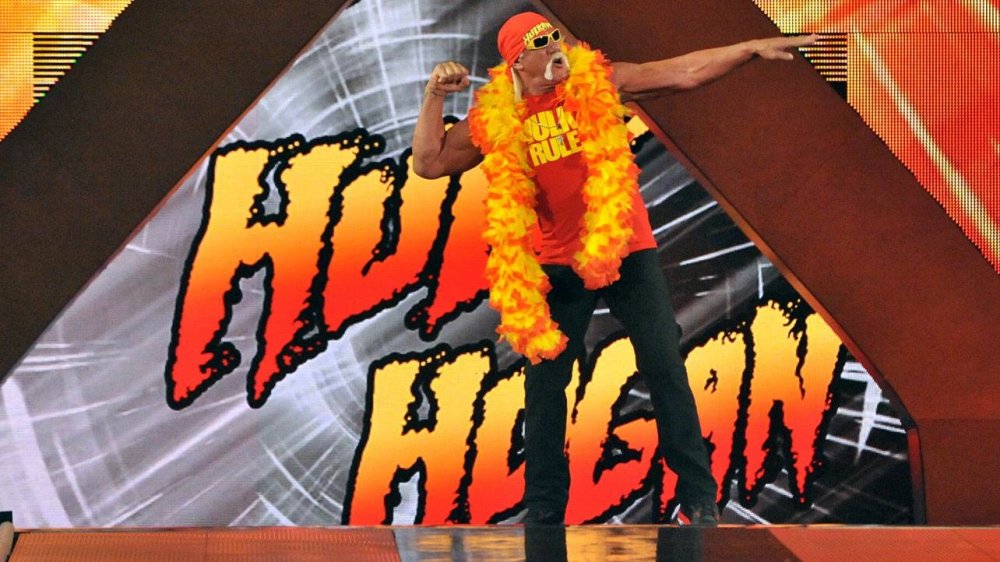 At WrestleMania, the immortal Hulk Hogan used his larger-than-life persona to enthusiastically introduce the 70,000 jacked up fans in attendance and the millions watching at home to the Silverdome in New Orleans. Unfortunately, the building we were in is called the Superdome.

As boos rained down, the Hulkster realised his error. He paused, corrected himself and cracked a quick, knowing smile. For just that instant the inflated machismo of the red-and-yellow goliath vanished and an ageing, very human performer who had said the wrong thing was left standing there, a brightly coloured speck in a vast, lonely ocean. It was funny and heartbreaking.

Once Hogan had seen his mistake, the word ‘Superdome’ became a go to reference in the show for self-deprecation amidst the aggression and testosterone-fuelled phoniness. At that moment, it was clear to me that wrestling is perhaps the truest nonfiction.