Tribeca 2014: basketball and the city 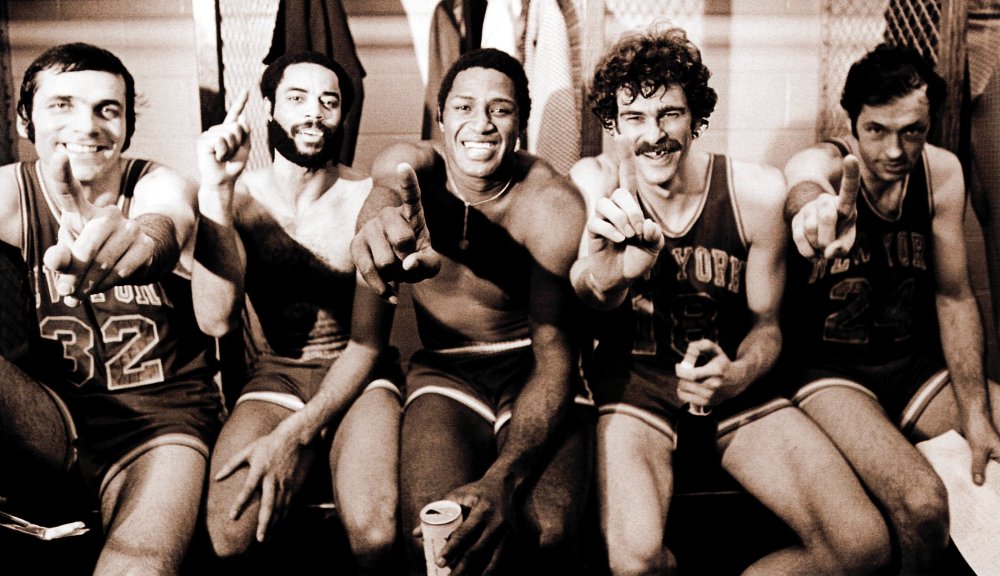 To understand the background politics of the Tribeca Film Festival you first have to know something about basketball – specifically the locally beloved New York team the Knicks (short for Knickerbockers). This is because a 50 per cent stake in the Tribeca company was recently bought by the Madison Square Garden Company (MSG), which is in turn owned by Cablevision Systems, whose CEO is James L. Dolan, a figure loathed by many Knicks fans for his reputedly baleful influence on the management of the team – viz. his failure in 2012 to retain the talents of ‘point man’ Jeremy Lin.

Now, I know nothing about basketball and even less about New York City politics, but you can easily compensate online for my hoop-dreams ingénue status, and happily this year the festival itself programmed Michael Rapaport’s documentary When the Garden Was Eden, which sketches out the communal skills of the legendary lineups of the late 1960s and early 70s deftly, albeit in standard sports-TV documentary style that drifts over stills and wishes it had more action footage. So I think I get the image dilemma: here you have a popular local festival – and Tribeca is very local in feel – put partly in the hands of someone that half of New York has reason to resent.

Perhaps that’s why there seemed to be a deal of tension in the room at the opening press lunch at the Thalassa restaurant in Tribeca, as though the organisers felt that some of that resentment would find its way into questions from the press. Or maybe it was just the pressure of putting together so well organised a festival in such a hectic environment.

In the event nothing tough in the critical line was asked. Instead we learned that Tribeca co-founder Robert De Niro was most looking forward to seeing David Mackenzie’s excellent prison drama Starred Up. There’s a good chance that Jack O’Connell’s incendiary lead performance will have impressed the seemingly hard-to-impress veteran actor.

Documentaries with a strong local relevance, such as When the Garden Was Eden, are both central to the Tribeca experience and to some extent its best hand, and this was confirmed by opening-night choice of Time Is Illmatic. This impressionistic portrait of poetic rapper Nas’s success with his 1994 debut album is more than the usual ‘making of’ doc, although not quite ‘more’ enough. Multimedia artist and director One9 does a thorough archaeological job of explaining the history of white flight in the Queensbridge housing project in Long Island City, and its decline into poverty and consequent criminality, but his film is hampered by Nas’s own quiet, inward-looking nature.

Two sequences, however, are standout heartbreaking and vivid. In one, Nas’s more charismatic brother Jabari (aka ‘Jungle’) describes on the spot what happened the day Nas’s best friend was shot; in the other Nas talks us through a special portrait of himself with his friends taken at the time of the album, and we discover that most of the men represented are either dead or in jail. On Tribeca’s opening night, held for the first time at the Beacon Theatre on the Upper West Side, Nas made up for his low-key film presence with, by all accounts, a storming live set of eight of his best numbers (with such immortal phrases as “I’m waving automatic guns at nuns”).

The very best docs here, however, were not from the sports- or the music-doc lines in the programme, though one was from fashion. I can’t imagine a more elegantly poised and charming study of a fashion house than Frédéric Tcheng’s Dior and I, a superior film to the Diana Vreeland and Valentino docs he produced. 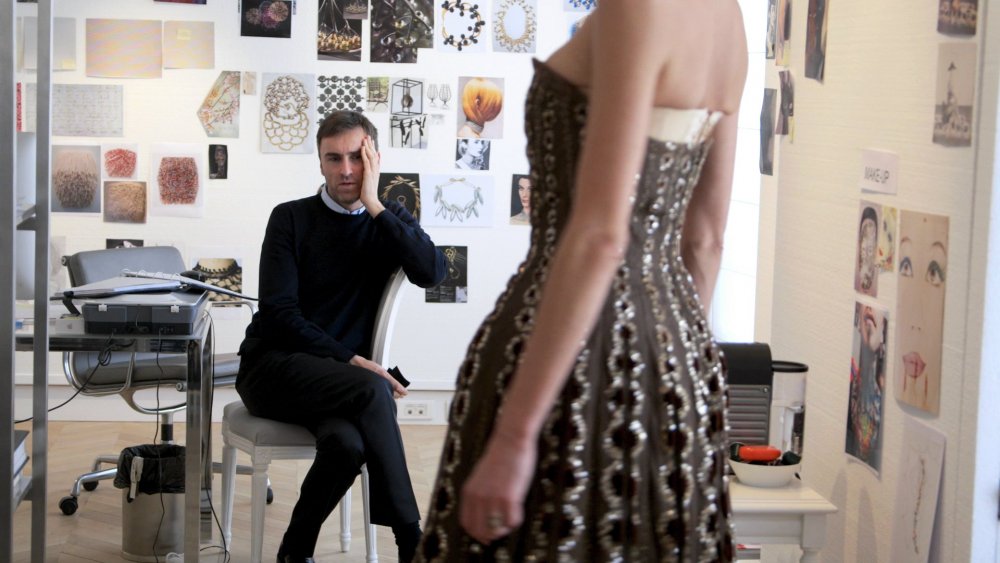 Though utterly conventional in its chronological structure, which takes us from the arrival of Raf Simons at the Dior couture house as their new designer to his first collection show in a huge Parisian mansion decorated with a dense mass of flowers covering the walls, this is a film that celebrates craft with its own near-perfect craft. A framing device of archive footage of Christian Dior and quotations from his writings, where he notes the battle between his own quiet nature and his role as a star designer, is used sparingly, but provides perfect counterpoint to one-time-minimalist Simons’s own lip-chewing doubts about every flamboyant garment he dreams up.

What elevates the film’s in-the-moment ticking-clock approach above pure promo is its keen interest in the people who work in the atelier – Dior is the only haute couture house that retains its own workrooms where these sparky put-upon tailors and dressmakers labour all hours. Dior and I may have no more effect on the world than a perfectly executed souffle, but it was worth savouring. 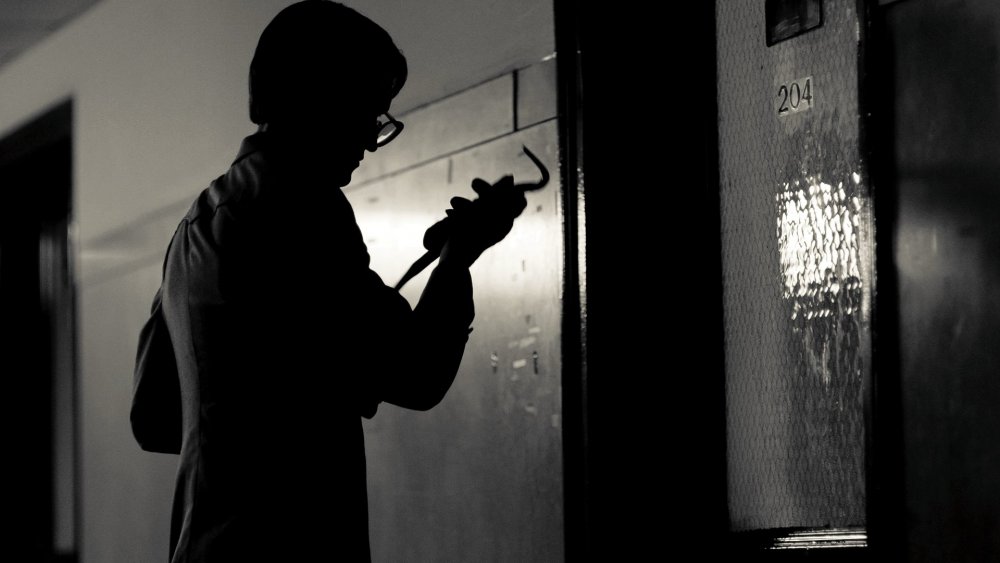 Johanna Hamilton’s 1971 was of different mettle. Who knew that the theft of all the files in a regional office of the FBI by a small bunch of young radical students actually led to the effective self-destruction of J. Edgar Hoover’s super-snooper state agency and its attempts to smear young radicals? The perpetrators have kept quiet for all these years, but Hamilton’s confident, compelling archival exegesis shows them finally emerging to tell their quite remarkable story, which naturally demonstrates that these people were the Edward Snowdens of their day and that they triumphed despite all of Hoover’s efforts to root them out and punish them.

An impressively multi-faceted piece, Orlando von Einsiedel’s Virunga grew complex almost by accident. The director’s original idea was to make a film about the care and protection of mountain gorillas by dedicated park rangers in the Virunga National Park – a UNESCO World Heritage site – more than 140 of whom have lost their lives to poachers and guerrilla groups. However, he soon found himself in the midst of a civil war between the Congolese army and a rebel group with mercenary connections, who in turn claimed connection to SOCO International oil interests wishing to exploit the park – something which SOCO goes to great lengths to deny. 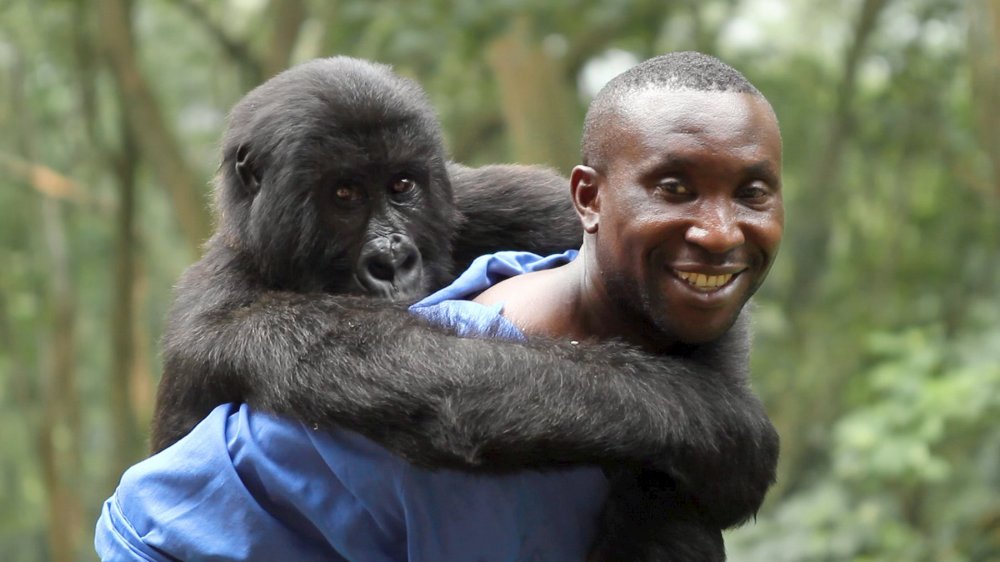 Playing beautiful cinematography of the park against urgent capture on small cameras of desperate people under fire and getting wounded, von Einsiedel’s vibrant film is hugely enhanced by its three principal protagonists. A few days before the film’s premiere here, Virunga’s chief warden Emmanuel de Merode was shot and wounded by three gunmen as he drove through the park. His implacable pragmatic presence in the film, alongside that of the utterly winning gorilla handler Andre Baumer and the determined young French war photographer Melanie Gouby, help make this vital plea for greater protection of the last remaining great-ape habitats a must see, and it won a deserved standing ovation from a knowledgable audience.

Not all the things that are usually said about the Tribeca festival turn out to be true. One can say with confidence that the documentaries are better than the fiction films because one knows that the festival can’t compete as a drama showcase with Sundance, SXSW and particularly Cannes (although the injection of cash from MSG may help make it more tempting venue next year).

Yet there is a healthy show of good films that were in Berlin, such as the excellent deadpan absurdist drama The Kidnapping of Michel Houellebecq – in which the notorious author finds himself chained up in a house full of quite nice people – Hans Peter Moland’s amusing mock-macho thriller In Order of Disappearance and Diao Yinan’s Golden Bear winner Black Gold, Thin Ice. And if the US indie fare here tends to be weak, locals are at least seeing some quality new dramas. 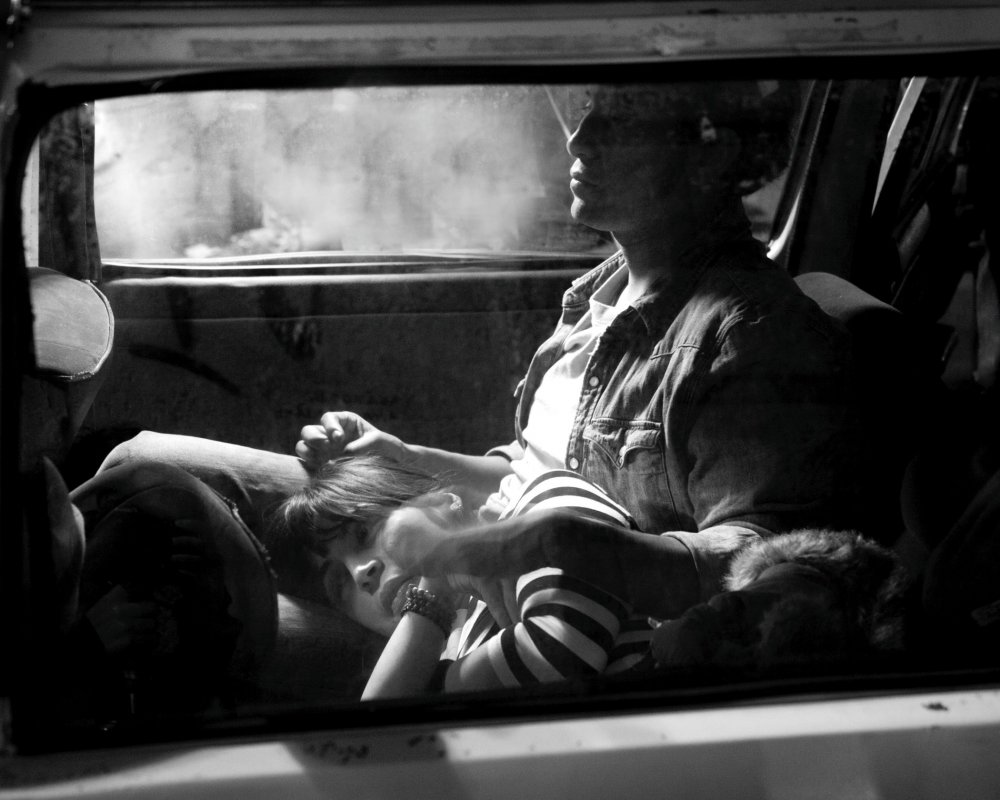 Alonzo Ruizpalacios’s Güeros impressed against my suspicion that it might be show-offish. The narrative begins when troublesome teen Tomàs is packed off by his fed-up mother to his brother Sombra’s wrecked powerless student residence in Mexico City. Although Sombra is a dark-skinned Mexican, his best friend Santos and Tomàs are both classified as güeros – an insult-term for the light-skinned.

Essentially a road movie, with regular elisions into dreamlike situations, set within the expansive confines of Mexico city at a time when a months-long student strike has occupied the National University, Güeros sees the three young men shake off their listlessness when, joined by Sombra’s female DJ crush, they set out to find the dying legendary folk-rock singer Epigmenio Cruz, who once, it’s said, “made Bob Dylan cry”. As self-aware black-and-white, nouvelle-vague-tribute fever dreams go, Güeros is surprisingly beautiful, inventive and convincing.

One film that bucked the trend of indies at Tribeca being weak was Garrett Bradley’s Below Dreams. Shot verité-style, the film has a loose multi-strand narrative of a familiar kind that follows three characters on their separate odysseys through the city of New Orleans. What’s special here though is the focus on what the director calls “lost millennials”, particularly twentysomethings living in the southern states.

Two of the strands – one concerning Leann (Leann Miller), a young single mother of three children who’s being kicked out by her increasingly hostile mother, the other about Jamaine (Jamaine Johnson), a married African-American determined to find a job – benefit from excellent realist execution and touching performances. One scene with Leann being bitched at in a bathtub is really searing. It’s just a pity that the third strand, about Elliot (Elliott Ehlers), a drifting New Yorker seemingly haunted by his ex, doesn’t convince.

Everyone here tends to say that Tribeca lacks a coherent identity. Born out of the 9/11 tragedy in the triangle at Manhattan’s southern tip, it now really resides mostly in Chelsea. Another contradictory moan you hear is that it has spread itself too far across Manhattan. Where the festival does find success is with the local audience, those fussy, opinionated, driven folk that we all love from Woody Allen movies. Tribeca also feels like a younger festival than most. It’s going to be intriguing to see if it can continue to flourish.