Film of the week: Starred Up

Violence and vulnerability in a close-to-the-knuckle slice of prison life. 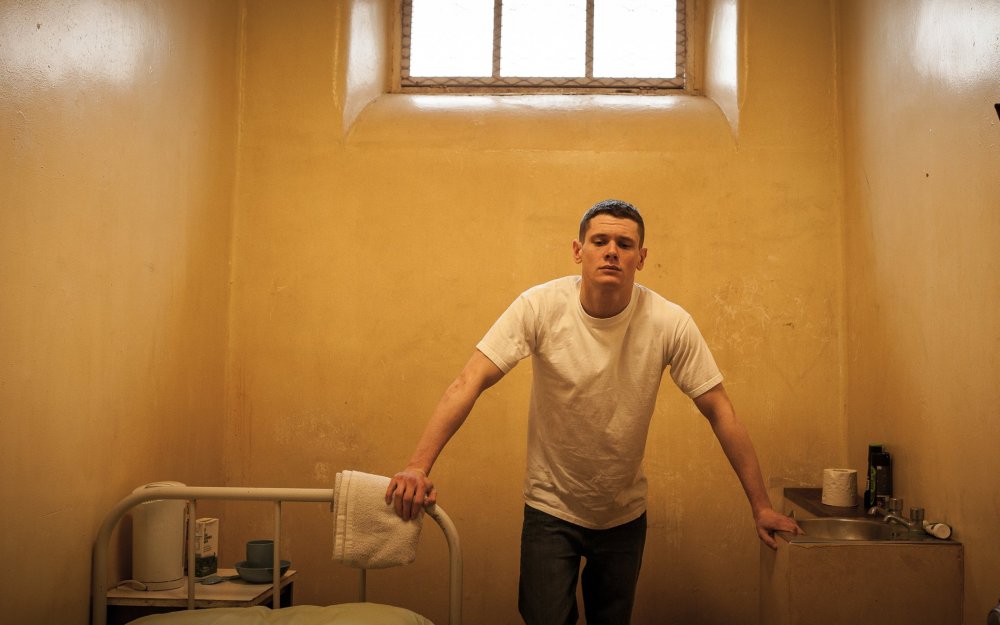 One of the most memorable scenes in Scum (1979), Al an Clarke’s seminally hard-hitting borstal-set drama, is when Ray Winstone’s protagonist calmly stuffs two snooker balls into a sock and, after biding his time in the corner of a recreation room, whacks his chief antagonist’s second-in-command across the face with them. Though not entirely presented in one take, the scene – as well as the film at large – is notable for Clarke’s distinguished use of the roaming camera, which bookends the violence itself with otherwise lush movements in and out of the room, where fellow inmates play billiards and table tennis.

There’s a similar moment in Starred Up, David Mackenzie’s muscular and moving eighth feature, in which protagonist Eric Love (Jack O’Connell) struts with familiar brooding intent past the pool and ping-pong tables that clutter his prison ward. Though the homage is clear, the scene concludes without explosive violence: Eric’s purpose in walking from his own cell to another inmate’s is merely to steal a lighter. When the lighter’s owner discovers the theft, Eric looks on from his cell, visibly satisfied with his own creativity.

Not that Starred Up is devoid of violence. Although there’s a wry and even likeable mischief about Eric, the youngest addition to a prison ward of high-risk offenders, we see early on just how prepared he is for a life of brutality, as he meticulously fashions a weapon out of a small blade and a toothbrush and artfully places it inside the tube light fixed to his ceiling.

In fact, Eric is over-prepared: when he misinterprets the movements of a fellow inmate who enters his cell, he knocks him unconscious with savage instinct. Rightfully expecting a pitiless retaliation from prison staff, he arms himself with two coshes and greases his bare torso so as to make his capture difficult. This is a man adept at resisting authority. 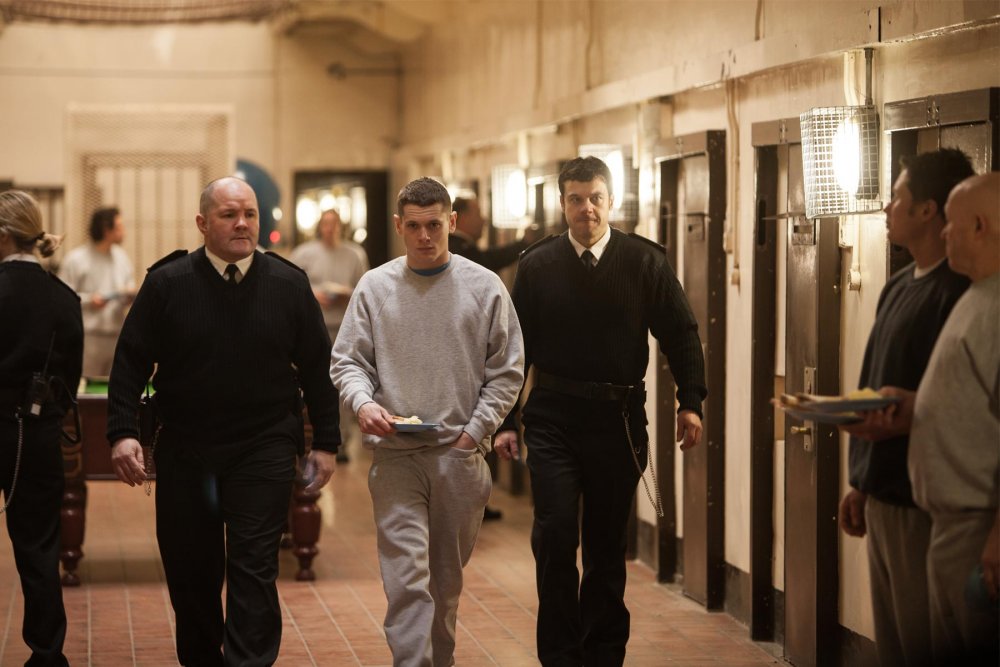 Starred Up is the first feature-length script by Jonathan Asser, whose previous experience working with violent inmates lends the film both its plausibly gruelling edge and its commendably optimistic view of young offenders. Asser’s surrogate character is Oliver (Rupert Friend), a psychotherapist who oversees an anger-management class with a number of the younger inmates. Repeatedly placing himself on the line, Oliver is one of three authority figures competing for Eric’s attention, alongside Haynes (Sam Spruell), the cruel prison governor for whom our protagonist is beyond rehabilitation, and Eric’s own father Neville (Ben Mendelsohn), the de facto head con whose cell is conveniently located on the same wing.

The question of which of these conflicting influences will prevail is at the heart of Mackenzie’s film, and a gut-churning dread consequently hangs over every scene, as Eric learns the merits of counting to ten while jealousies, misunderstandings and petty agendas run rife around him.

As someone vulnerable and potentially violent, one whose go-to emotions when faced with adversity and/or authority are anger and aggression, O’Connell is excellent. Eric begins the film palpably hurt but outwardly fearless; his growth in confidence and happiness is affectingly matched by O’Connell’s own shift, from reluctantly subdued newcomer opposite the menacingly domineering Mendelsohn to an actor with an absolute command of the brawny mise en scène around him. 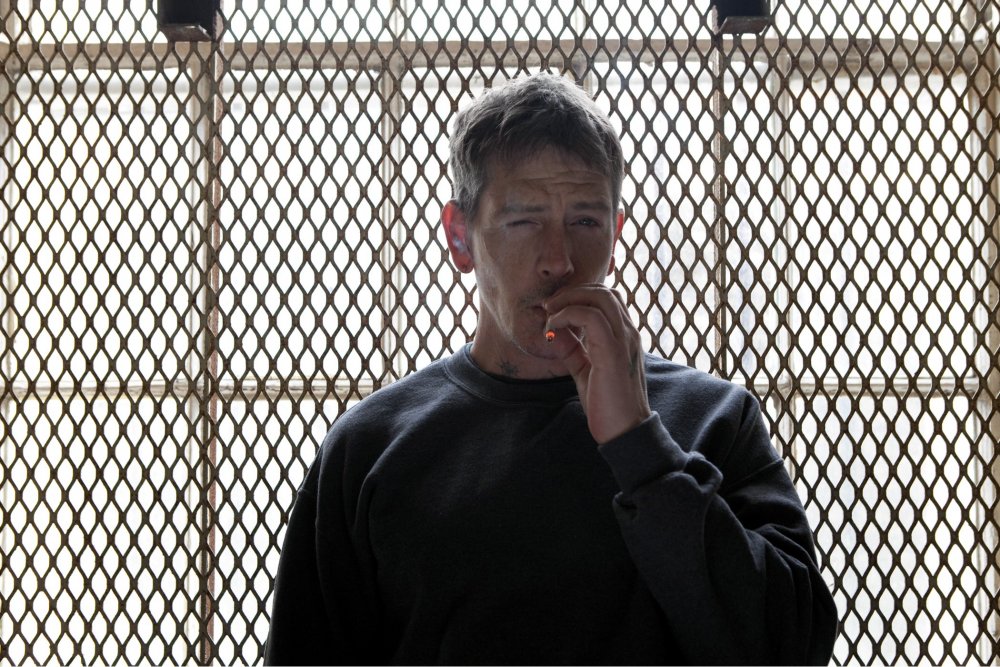 In its final stages, Starred Up’s emphasis on how institutionalisation is counterintuitively synonymous with marginalisation begins to unravel, and the intricately symbolic standoff – between punitive power and redemptive empowerment – veers into more directly histrionic territory. Thereafter the inclusion of characters such as Dennis (Peter Ferdinando), the ward’s bespectacled, chess-playing kingpin, seems in retrospect designed only to help the narrative towards its resolution.

Still, by the time the father-son symmetries, distinctions and symbolic redemptions arrive, the film has left its vivid mark. For all its shockingly graphic bloodshed and atmosphere of pervasive doom, the moments when Starred Up grabs the jugular most are the scenes in Oliver’s anger-management classes, where Eric sits with people of similar age and vulnerability –  and learns to bare his soul and smile. 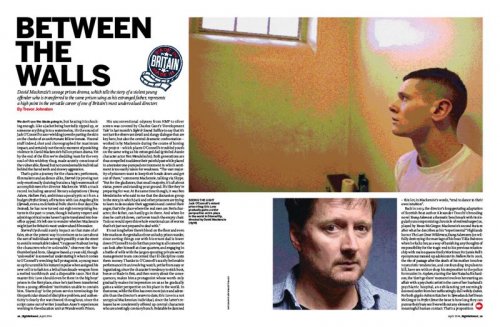 David Mackenzie’s savage prisoner drama, which tells the story of a violent young offender who is transferred to the same prison wring as his estranged father, represents a high point in the versatile career of one of Britain’s most undervalued directors. He talks to Trevor Johnston. 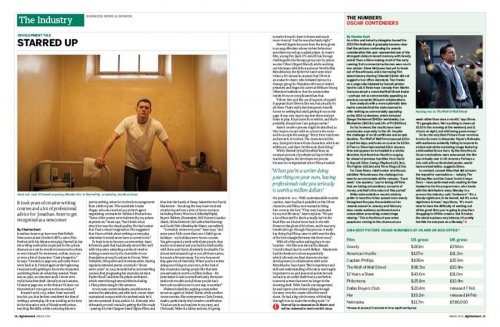 It took years of creative writing courses and a lot of professional advice for Jonathan Asser to get recognised as a newcomer. Charles Gant relates the process.