Film of the week: The Grand Budapest Hotel

Fanciful fabrication, fanatical detail and an undertone of rue combine in Wes Anderson’s most complete Sachertorte yet. 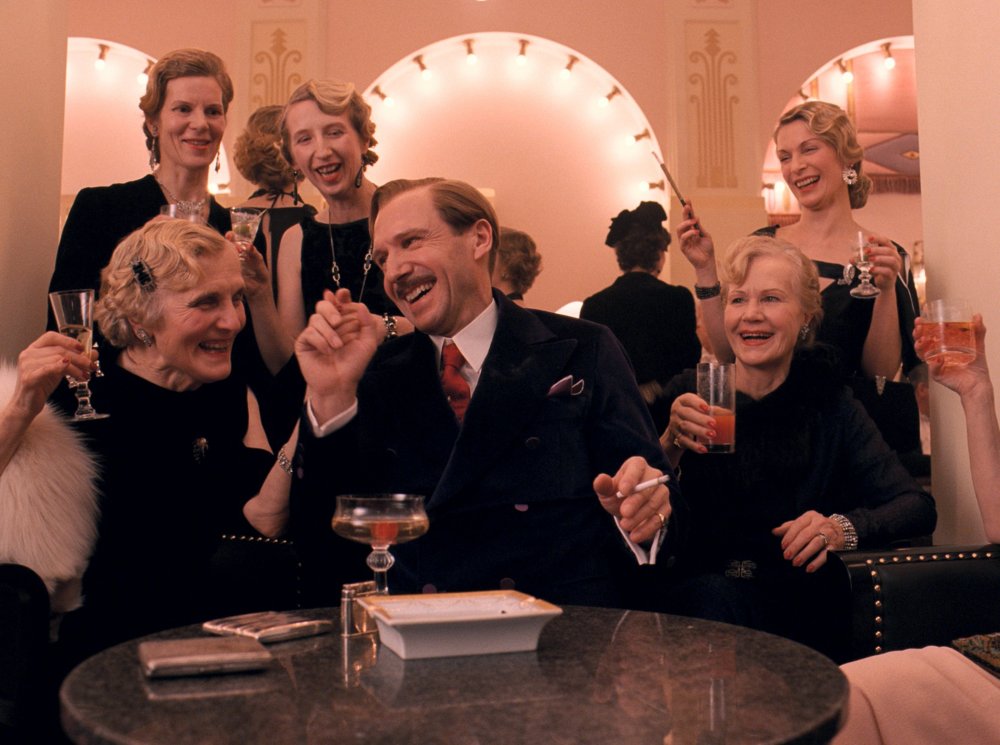 “His world had vanished long before he entered it,” the aged owner of the Grand Budapest Hotel, Mr Moustafa (F. Murray Abraham), tells the Author (Jude Law), “but he certainly sustained the illusion with a marvellous grace.”

He’s recalling his predecessor and mentor, legendary hotel concierge M. Gustave (Ralph Fiennes), who in the pre-war period ran the hotel with impeccable control, style and suavity. But much the same could be said of Wes Anderson, who, inspired by the illustrative work of his co-screenwriter Hugo Guinness and the writings of Stefan Zweig, has created an intricate fairytale vision of the world of Middle Europe as it probably never was but perhaps should have been before at least one and possibly both world wars. Anderson has always striven to devise alternative universes of his own; The Grand Budapest Hotel is his most complete fabrication yet, a fanatically and fantastically detailed, sugar-iced, calorie-stuffed, gleefully overripe Sachertorte of a film. According to taste, it will likely either enchant or cloy; but for those prepared to surrender to its charms, the riches on offer – both visual and narrative – are considerable.

Shooting in three different ratios – 2.35:1, 1.85:1 and the classic 1.33:1 – to differentiate the film’s three main timelines, Anderson deploys a cast that even by his standards is bewilderingly star-studded. Along with a roster of Anderson veterans – Edward Norton, Jason Schwartzman, Adrien Brody, Owen Wilson, Willem Dafoe and, inevitably, Bill Murray – Grand Budapest indulges itself in the luxury of casting such luminaries as Tilda Swinton, Harvey Keitel, Abraham, Jeff Goldblum, Léa Seydoux, Tom Wilkinson, Law and Mathieu Amalric in relatively minor roles.

But it’s Fiennes who coolly walks off with the film. Switching seamlessly between courtliness and profanity (having seen off the elderly Madame D with old-world charm, he remarks to his startled protégé, the young Moustafa, “She was shaking like a shitting dog”), he displays a gift for comic timing that’s rarely been unleashed since his Essex gang boss in 2007’s In Bruges. He plays Gustave as polymathic, omnicompetent and casually bisexual, besides being plugged into a network of fellow concierges, the Society of the Crossed Keys, whose help he can call upon in time of crisis. The role was originally planned for Johnny Depp; no disrespect to Depp, but it’s hard to believe he could have filled it quite so consummately. 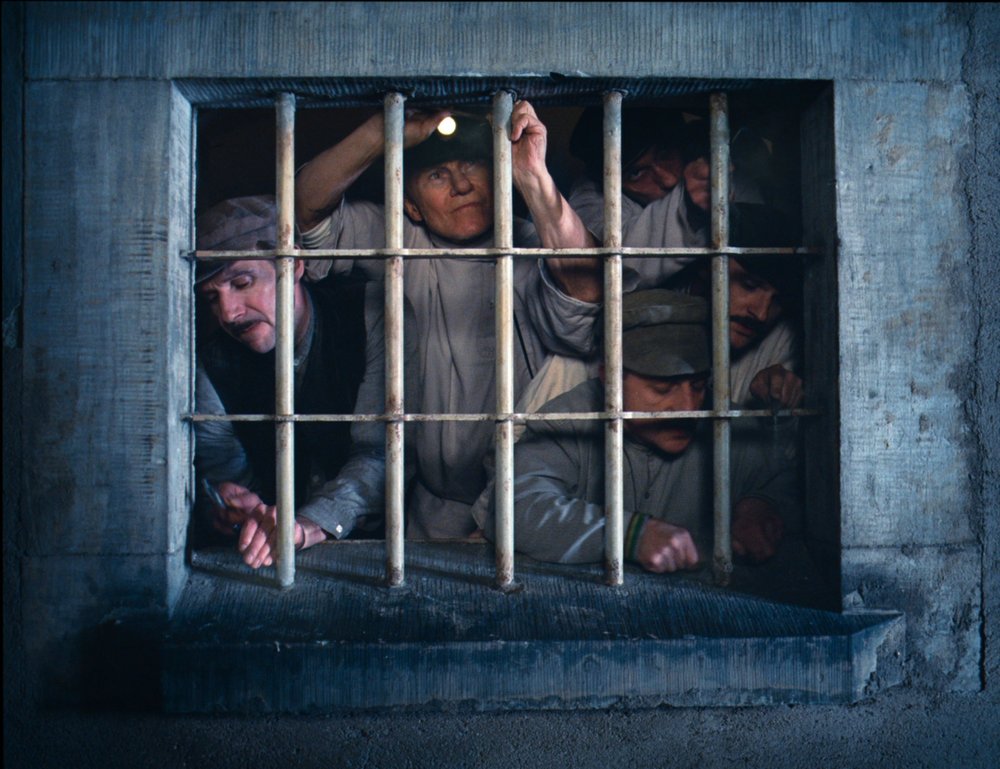 The film abounds in the gliding lateral tracking shots that Anderson loves, as well as in expensive luggage (see The Darjeeling Limited, passim) and covert jokes. Much of the plot revolves around a valuable painting, ‘Boy with Apple’, which Madame D (Swinton) has left to Gustave, to the fury of her brutal son Dmitri (Brody). When Gustave makes off with the work in question, a piece of glossy pseudo-Renaissance kitsch by the fictitious Jan van Hoytl, he fills the gap on the wall with an exquisite double nude by Egon Schiele. Noticing the substitution, Dmitri smashes the Schiele in rage. Comic words of nonsense German are tossed into the mix. “Ich war gespannt wie ein Fritzlburger,” the Author (Wilkinson) tells us in voiceover: gespannt means excited, Fritzlburger doesn’t exist. History is blithely played with: the war that engulfs the characters breaks out in 1932 – “a combination”, Anderson explains, “of the 1914 and 1939 wars”.

In keeping with the film’s ludic mode, Anderson indulges in mini-pastiches of other cinematic genres. The pursuit and murder of lawyer Kovacs (Goldblum) by Dmitri’s hired thug (Dafoe) in the darkened galleries of an art museum channels film noir, while Gustave’s escape from jail with a group of fellow cons parodies every jailbreak movie by following them through a hole dug in the cell floor, a dumb waiter, the prison kitchens, the guards’ bunkroom (tiptoeing delicately over the sleeping custodians), a steam vent, the laundry and a sewer. There’s skilled pastiche, too, in Alexandre Desplat’s score, with its perky zithers and doom-laden organ chorales. Yet beneath all the jokiness there’s a sense of loss, a nostalgia for an age that neither the filmmakers nor all but a few of their audience can ever have known. 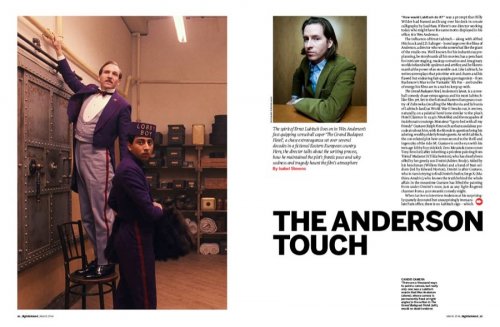 The spirit of Ernst Lubitsch lives on in Wes Anderson’s fast-quipping screwball caper The Grand Budapest Hotel, a chase extravaganza set over several decades in a fictional Eastern European country. The director tells Isabel Stevens about the writing process, how he maintained the plot’s frantic pace and why sadness and tragedy haunt the film’s atmosphere.