Day one, and Nick James is in two minds about Wes Anderson’s scout-island fantasia. 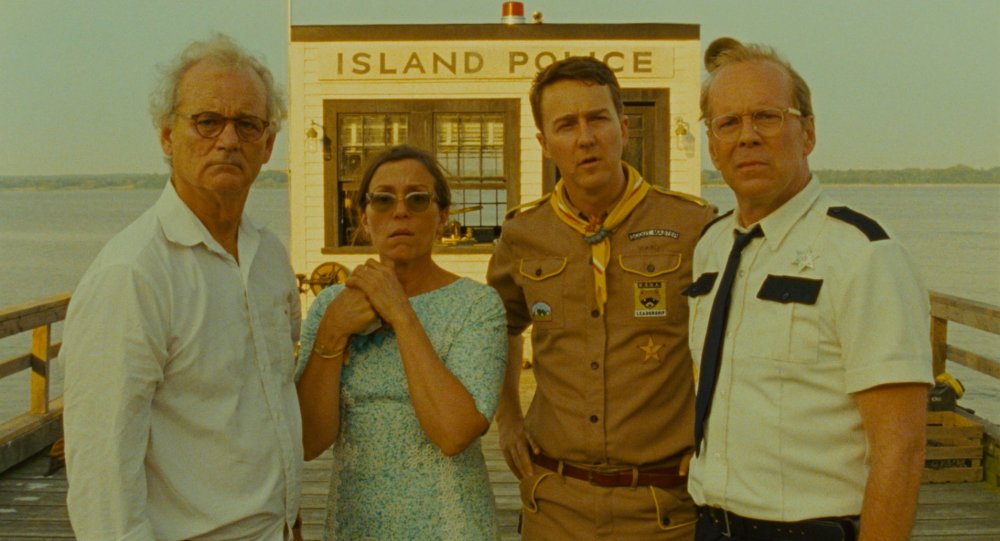 No contest that the first-day highlight was the gentle massaging Cannes opener, Wes Anderson’s Moonrise Kingdom, but then all it had to compete with were two director-profile docs – Robert Weide’s Woody Allen: A Documentary and Laurent Bouzereau’s Roman Polanski: A Film Memoir – and a rather crude and hectoring Egyptian political film in competition, Yousry Nasrallah’s After the Battle.

Cannes does like to ease us all in gently with a crowd-pleaser – typically something like Pixar’s Up – and Moonrise Kingdom makes a winning appeal to the precious joys of the pre-teen imagination circa 1965. This time Anderson’s special discrete world is that of a sparsely inhabited island off the coast of New England, and his eccentrically dysfunctional family is a pair of lawyers played by Bill Murray and Frances McDormand. Among their brood of three sons they also count Kara, a puberty-cusping daughter addicted to her binoculars, who has so much self-awareness that among her more imaginative reading of adventure stories is a book on how to raise a disturbed child. She absconds into the island’s hinterland with Sam, a semi-delinquent orphan boy who’s run away from a scout troop.

I don’t want to pre-empt here the extraordinary layers of excellent detail that makes Anderson’s mise en scène so droll and delicious, nor the excellent use of music by Benjamin Britten, Hank Williams and others – nor indeed the social-problem love story itself – since much of all that is explained in Nick Pinkerton’s interview with Anderson in our current (June) issue of S&S, on sale now. Suffice to say that this is the director’s lightest film yet – lighter even than Fantastic Mr. Fox – and I can’t tell if his films have gradually worn down my resistance to his kind of fantasy, or if he’s found ways to streamline his art, but for at least an hour or two after I saw it, Moonrise Kingdom was my favourite-ever Wes Anderson film.

The trouble is – and this feeds into a major anxiety at Cannes – the Anderson magic did fade rather fast throughout the day. There’s no doubting the pleasurableness of Moonrise Kingdom, but it didn’t linger or resonate in the way of his edgier early films like Bottle Rocket and Rushmore, because its play-box world is all it wants to give us.

And that switch in assessment is the problem with the instantaneity with which you are expected to evaluate films here. I try to give due weight to circumstance when writing about Cannes because there’s no doubt that screening comfort, for instance, alters the mood of the thousands here. Watching back-to-back director profiles in the small Bazin theatre, with its its air-conditioning permanently set to freezing, cannot be anything but a minor ordeal. Of course this is the moaning of the privileged, but it might have blasted away any cherished afterglow from Moonrise Kingdom.

It was almost comical how similarly the two well-constructed hagiographic docs smoothed over the rather similar personal low-points in the careers of Allen and Polanski. Mia Farrow’s discovery of nude pictures of her adopted daughter Soon-Yi in her husband’s possession doesn’t quite match the drama of Polanski’s admission of guilt about having sex with an underage girl, but the emollient tone and tidy apologetic rhetoric of both movies seemed interchangeable. Not that I’m doubting the sincerity of either subject, but these are absorbing films made by friends of the directors, and it shows.

One question that I’d like hear Thierry Fremaux answer is this: if his defence for the lack of films by women in competition is that he would never select any film simply because it was by a woman – a reasonable stance – why do I suspect he’s picked After the Battle simply because it’s from Egypt, and concerns the Arab Spring? I can’t see any other virtue to justify the choice of this incoherent and clumsy, if well-meaning, piece in the festival’s Competition.

Next: Simple versus simple: After the Battle →