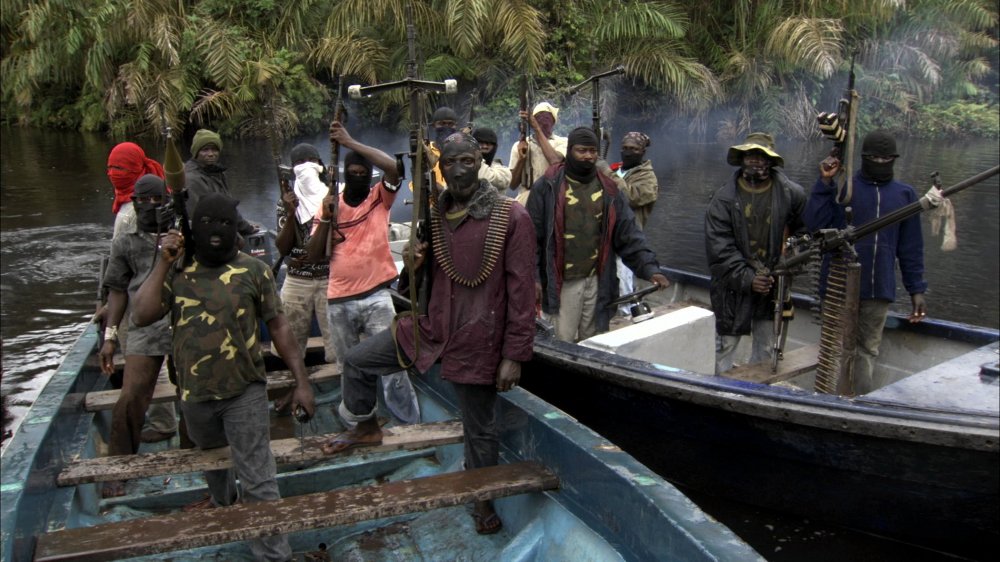 When the Cahiers du Cinéma set began writing about the Sam Fullers, Alfred Hitchcocks and Nick Rays of 1950s Hollywood, their stated mission was to reconsider the profound artistic merits of directors working in specific systems, within the frameworks of existing genres. I’d like to do that today with one of our best working documentarians, Rachel Boynton. The system, as it were, is budgeted, big-time documentaries and the genre is the ‘issue’ film. Like the films of the 50s auteurs that excited the French, Boynton’s work is misunderstood and undervalued. Let’s fix this.

The director’s two features, Our Brand Is Crisis (2005) and Big Men (which premiered in the spring of 2013, but is still playing festivals after a surprisingly sleepy response) are both political thrillers on major global events. In each film, Boynton uses interviews, dramatic music and quick editing to tell complicated stories about subjects that are politically and socially relevant. On first glance, then, these films would appear to be run-of-the-mill issue documentaries, in the vein of Blackfish or Waiting for “Superman” or (fill in the blank) – useful cultural contributions that too frequently prize journalism over aesthetics and have startlingly short shelf lives, despite their foundation-inflated budgets and often wide distribution platforms. 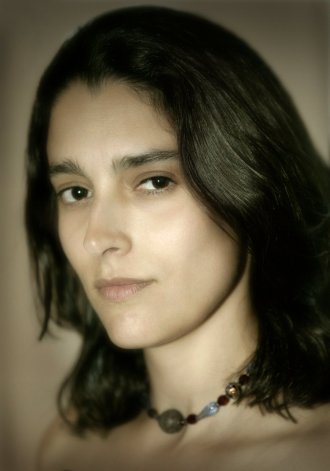 “I’m not interested in journalism,” interrupted Boynton when her work was described as such at a screening of Big Men at the 2013 Camden International Film Festival. “Any good work is a reflection of a maker,” she continued. “It’s all self-portrait. This film is a reflection of how my mind works.”

She’s not just being coy. A closer look at her two masterful, ambitious and completely mesmerising features reveals the work of a personal artist who uses canny images, revelatory editing and potent observational moments to build dense, stunning narratives that reveal deeper truths about power, the use of information and the games people play on the highest and lowest levels of our global society. Using all the nonfiction filmmaking tools at her disposal, Boynton captures moments of candid honesty that reveal the narrow motivations and sometimes contradictory perspectives of her complex characters. The style is ‘informational cinema’, but the revelations are much more potent and exciting than what one gets from a typical issue film.

Three years in the making, Our Brand is Crisis announced the arrival of a new documentary voice and was met with multiple awards and high praise. The International Documentary Association named it the best feature of the year and Boynton was nominated for an Independent Spirit Award. Still the film – which chronicles the tragedies of political theatre and the calamitous influence a US-based strategy firm had on the 2002 Bolivian presidential elections – has never been seen by cinephiles as much more than an Inconvenient Truth-style exposé. 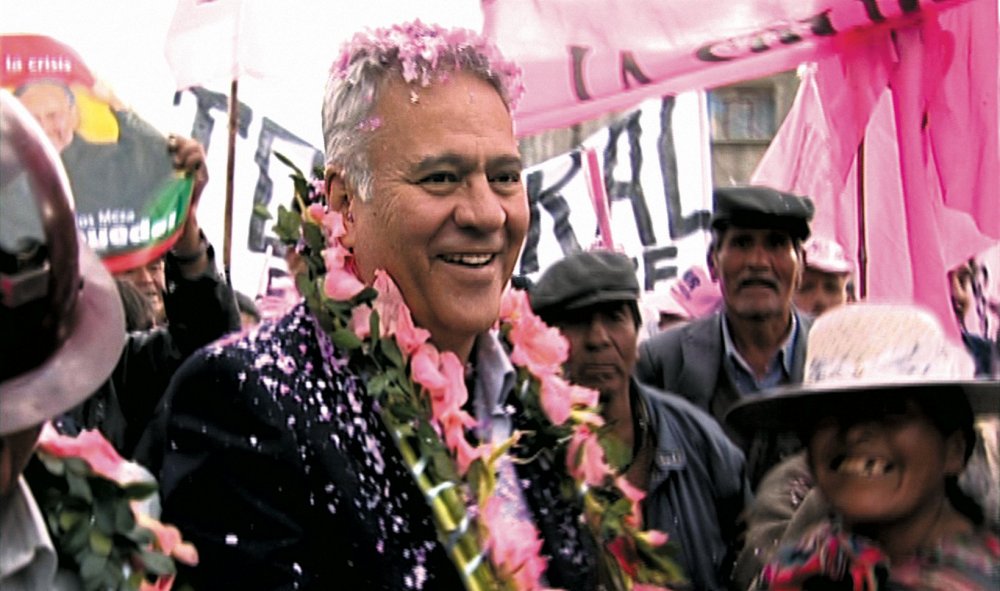 This is largely because, like Hitchcock working in the thriller genre, Boynton wraps her psychological studies of human performance and power in techniques that are immediately recognisable by mainstream viewers. Interviews are a cornerstone, but the interruption of Boynton’s searching, decidedly feminine voice functions not as a 60 Minutes-like cross-examination, but as a way to turn interviews into meaningful conversations. Often subjects are allowed to let their prefab soundbites sing only to have Boynton interject with a question or comment that steers the narrative and reveals the performative nature of the sit-down interview itself.

Early on in Our Brand is Crisis, Jeremy Rosner, the pollster for Greenberg Carville Shrum (the offending political operatives at the heart of the story), is waxing poetic in a standard interview setup about the types of international leaders (progressive, smart about business interests, etc) that his firm helps get elected. At the end of the carefully-constructed remarks, Boynton chimes in with a pointed but sensitive, “then what went wrong?” Rosner’s response shows a shift in tone that at once reveals the performance he was giving and his essential humanity. The effect is not to create a boring ‘gotcha’ moment, but to reveal the deeply embedded contradictions at the heart of political storytelling.

The characters in her two films are men with stuffed shirts and properly purchased neckties, standing around in orchestrated scenarios, performing the roles of Masters of Destiny. They are also real, complex human creatures, worth your consideration – and Boynton is less condemning of them than curious about their motivations, ideologies and social predicaments. Scenes where the clearly uncomfortable, American-raised presidential candidate Gonzalo Sanchez de Lozada (known as ‘Goni’) has to endure idiosyncratic Bolivian political customs are allowed to play out, revealing the difficult human experiences of running for political office and the alienated performance that the act requires. 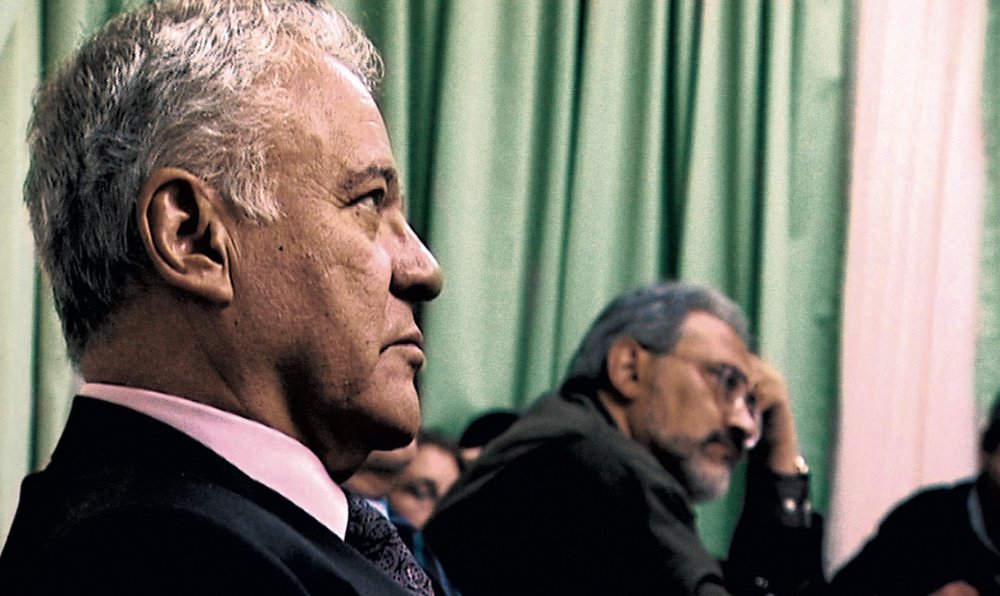 The films rely on a sense of present-tense development that prevents them from ever feeling like the rendering out of preconceived ideas. The realties are messy, but Boynton’s camera, editing and use of potent moments help the viewer see the intricate human ambiguities more clearly. One scene late in Our Brand is Crisis finds Rosner, by now an almost painfully tragic lost idealist, staring impotently at printed-out focus group reports, while a colleague explains the violence and upheaval that’s going on outside, in part caused by Rosner and his team’s absurd overvaluing of ‘messaging’ and subsequent electoral machinations.

While the woman carefully, emotionally explains the real-world situation, Rosner can’t take his eyes from the printouts, apparently unable to process the cost of his actions on a country he doesn’t fully understand. It’s one of the most effective illustrations of cultural disconnection and political imperialism ever captured, and the entire film is full of such glorious, layered moments. 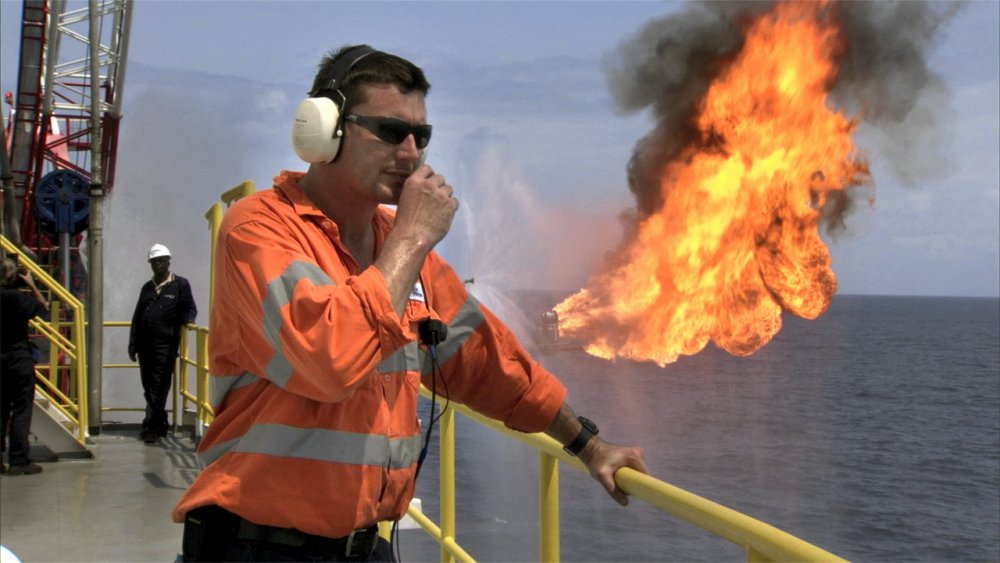 When discussing her newest film Big Men, Boynton said she was “interested in openness”, which might as well translate to an obsession with human contradictions. The film took six years to make and its massiveness is immediately apparent. Bouncing from Ghana to Nigeria to Dallas to New York, Boynton tells the story of Kosmos Energy as it tries to develop the first oil field discovered in Ghana. Using her trademark interview and moment-based style, Boynton follows the rises and falls of the men throughout the process who want to use the discovery and opportunity to gain power – to become ‘big’ men.

By the time we get to the witty, charismatic, masked militants in the jungles of Nigeria called the Deadly Underdogs, it’s clear that the film isn’t interested in streamlined clarity or overt, simple political statements. The deadly, chaotic situation brought on by the finding of oil in Nigeria is used to clarify the potentially ruinous issues facing Ghana.

But sides are never chosen; layers are methodically peeled back. The men onscreen who play at being ‘big’ are neither heroes nor villains, but deeply compromised individuals in complex situations. The film is as structurally and thematically complex as Hubert Sauper’s Darwin’s Nightmare (a noted influence on Boynton) and as dramatically thrilling as John Huston’s The Treasure of the Sierra Madre (which is quoted onscreen at the beginning). This is high-stakes cinema at its most multifaceted. 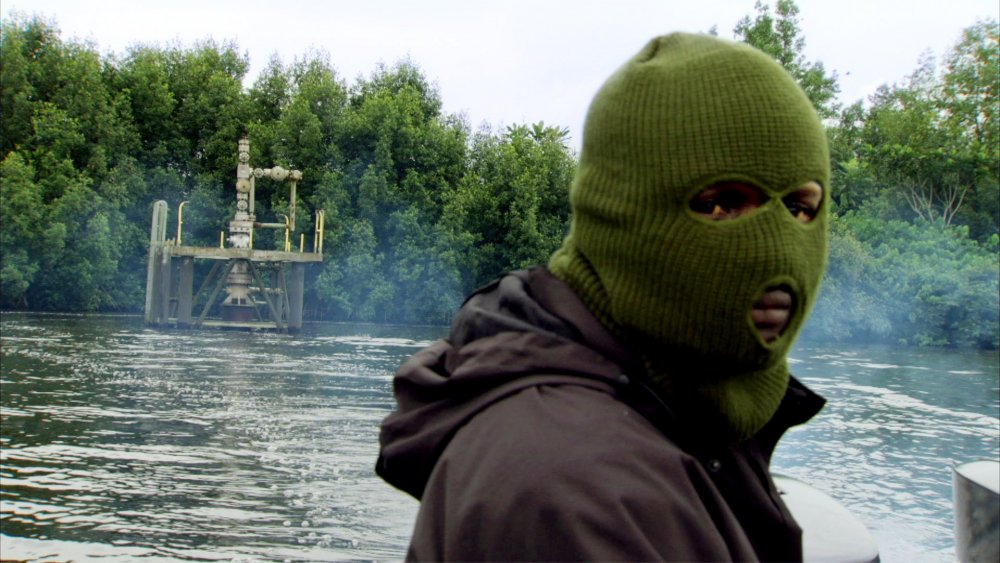 Complexity is Boynton’s calling card. She is remarkably adept at allowing her characters to reveal, through observed words and actions, their roles and ideologies within tangled global circumstances. Meanwhile the relationships she creates with the real people she records, like the proud but surprisingly fragile Texas oilman Jim Musselman, are what make her such a special filmmaker. Her ability to uncover subtle truths through tiny observations of character, while simultaneously telling enormous, dramatic, political stories, is simply unmatched in nonfiction.

I believe her films (especially Big Men) are misunderstood partly because they confuse people. A movie with that much text on screen, that many interviews, that marketable of a logline can’t possibly be a cinematic experience, right? But just as Sam Fuller wasn’t making simple westerns or simple War Films, Rachel Boynton is not making simple Issue Documentaries. Look closer: the full range of human motivations, performances, inconsistencies – and the complex consequences of our actions – are all on display. Rachel Boynton must be recognised as one of our most essential nonfiction auteurs.